R. Buckminster Fuller was a man with plenty of ideas, as well as the initiative to get said concepts done to the acclaim (and ridicule) of many. The man behind the inventions of the geodesic domes and the aerodynamic automobile known as the Dymaxion -- as well the first to coins such phrases as "Spaceship Earth," "ephemeralization," and "synergetics" -- was not so peculiar; rather his portrayal on stage in the one-man A.R.T. production R. Buckiminster Fuller: The History (and Mystery) of the Universe showed him as a being with much enthusiasm for what he discovers, and how he manage to accomplish so much with this new acquired information. The show answers two basic questions: who was this man they sometimes called Trimtab, and what did he do to better our society?

The answer to the latter part is far easier (though lengthier) to explain, so it is with the help of Fuller (played by Thomas Derrah) that we are transported into the mind of this somewhat underappreciated genius. Audience members are transferred into what would look to be his last lecture to the general public, as Bucky tells his life story and the ideas and beliefs he had come across throughout his lengthy journey. In his years as a cross-eyed child, whose world had to be explained by his older sister, Fuller's creative and intuitive persona began to take shape. During one of his kindergarten classes he had indadvertedly created what scientists and mathematicians call a tetrahedron, baffling his teachers and other school peers. It was at this moment that his strange discovery would open him up to a plethora of ideas and creations. Like many geniuses of our generation he was dismissed from Harvard, twice in fact, and it was this newfound freedom from being taught rather than discover where his greatest contributions came into fruition. Of course these ideas -- at first -- were shunned by society, but it took much hard work (and a good nod from a Mr. Albert Einstein for his book "Nine Chains To The Moon") to put Buckminster Fuller onto the map. 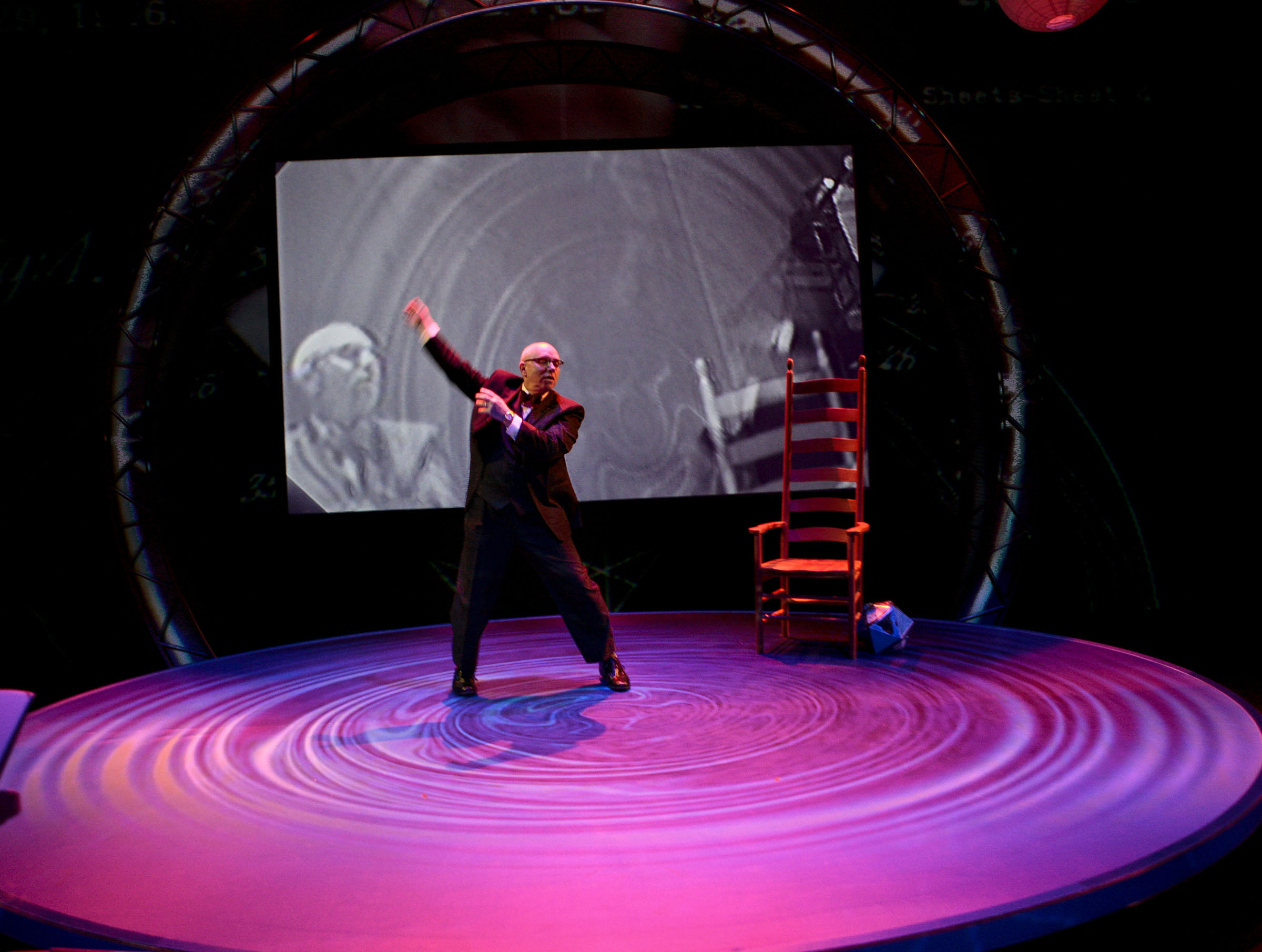 Theatergoers also learn about the family man behind Fuller, from the meeting of his wife Anne and the tragic story of their first daughter Alexandrea to the inspirations he drew from their second daughter Allegra. Within these inventions and family moments we are drawn into the thought process of Bucky, as well as his beliefs on why man (or the government of man) seems to push aside beneficial ideas that take years to show progress. It's all done with sincere brilliance, while at the same time spoken in a tongue that even the most simple-minded person can understand. Usage of visualizations, private videos and photos and demonstrations also help to convey Fuller's idea of getting more from less.

More from less is exactly what David Lee Cutherbert had created in regards to his set design. The stage -- set up with a chair, desk, chalkboard, vinyl player, screen and an overhead projector -- helped to showcase this motif that Fuller truly believed in. The proper moods were also set by composer/sound designer Luis Perez, whose soundtrack to the ideas of our native genius was met with formal wonder and a comfortable atmosphere for Fuller and his listeners. The music seemed more simple than complex, a good thing in this case as it is what Trimtab would've wanted. 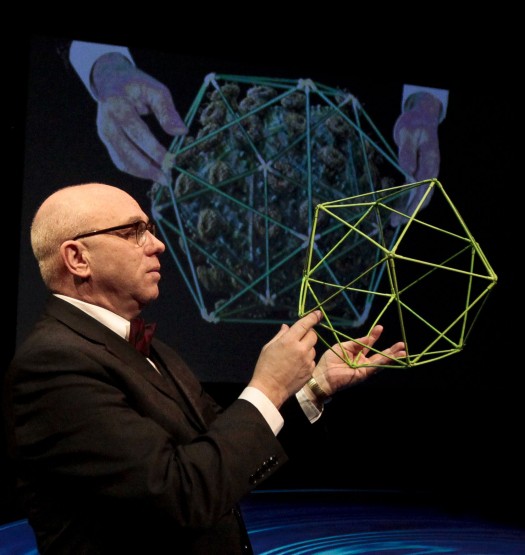 Of course we cannot discuss this one-man show without the one man to hold it all together: Derrah. Once again he has proven to be an actor to truly look out for around these and other parts, as his portrayal of R. Buckminster Fuller was nothing short of superb. Being able to take a two-hour production that you didn't write nor experience throughout your entire life is a tough gig to do, but there on stage Derrah never once looked to be in a panic; nor did it seem like anything had been forgotten. There he was playing with the stage props, writing down pi to the ninth decimal, drawing pictures of vikings and caricatures of himself and doing a tad bit of interpretive dance, all in character and without skipping a single beat. It takes a lot to bring a unique man back to life, and Derrah's portrayal of Fuller was up there with Frank Gorshin's take on George Burns in Say Goodnight, Gracie. Real credit must be give to writer/director D.W. Jacobs, who managed to take everything people know of Fuller (as well as the actual words from the man himself) and squish it all easily into a two-hour program. Although I highly doubt that Bucky would've been able to dance or jitterbug at the age he was on stage it seems it was the proper thing to do in order to showcase the true excitement building within the Milton futurist.

Don't be surprised if you'll be involved with some audience participation, too; this is the American Repertory Theater after all. From singing Fuller's funny song "Roam Home To A Dome" to testing out how a sun doesn't really set you will be in for a bit of a treat in regards to its interactive moments. On top of that is the feeling of being drawn in closer to the inventor thanks to multiple moments of fourth-wall breaking. You may feel lost by what he says at one time or another, but thanks to his vernacular their meanings will be quickly found. 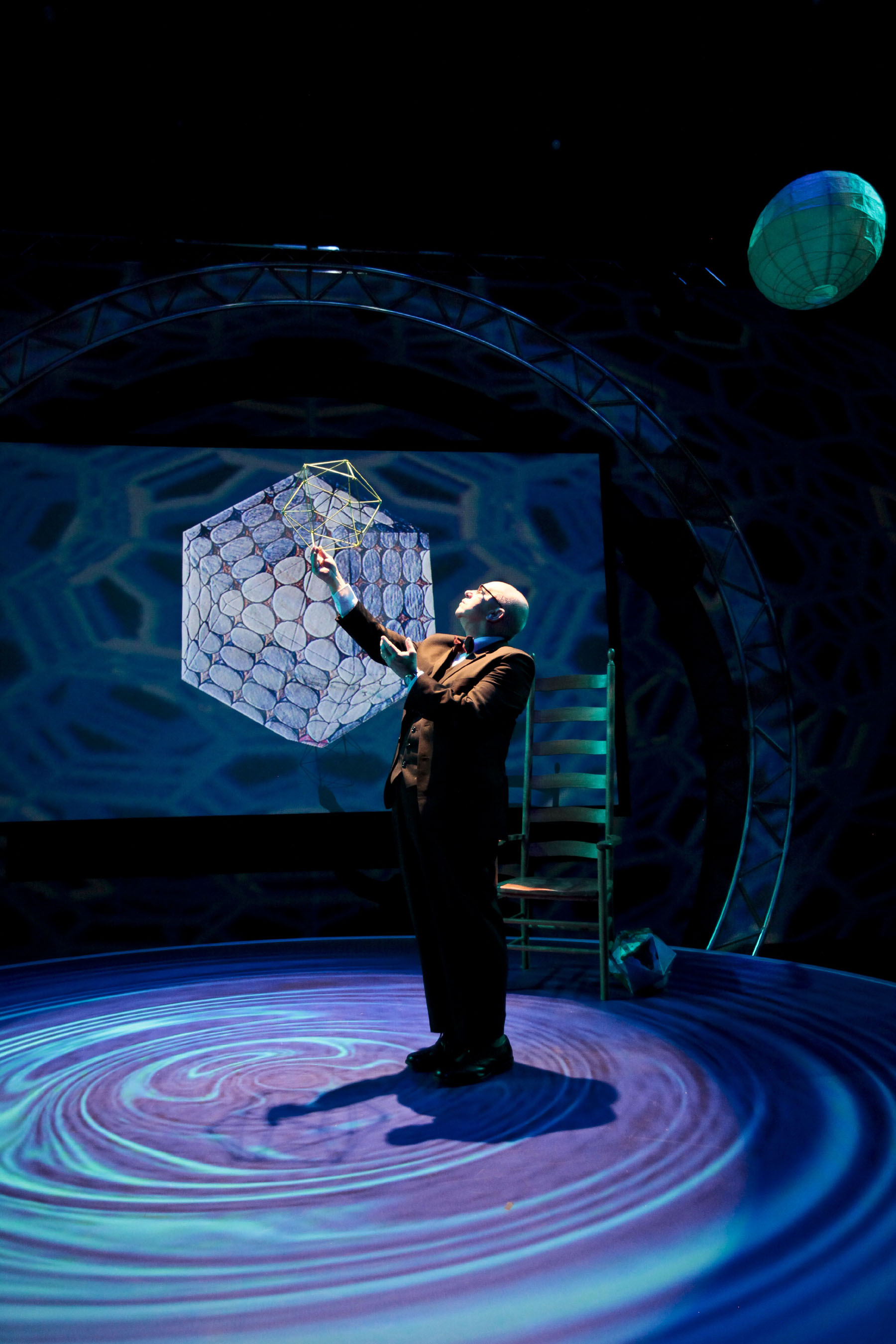 Throughout it all Derrah and the folks behind the scenes gave its audience one memorable show, breeding new ideas and beliefs in their minds and showing how much common sense it takes to be inventive in this world. Its free-flowing pace and humorous looks at the world of yesteryear and today make it a highlight of the Boston theater world in 2011. Fuller was a man with a brilliant mind carrying amazing ideas, and it was shown wonderfully throughout the entire production. Next time I see a house with a geodesic design I'll be smiling at how great and sturdy of an idea it was rather than point and laugh at how silly it looks. Okay, I might still chuckle a bit.

R. Buckiminster Fuller: The History (and Mystery) of the Universe is now playing through Saturday, February 5 at the Loeb Drama Center, located at 64 Brattle St. Cambridge, MA. Tickets are still available.

Episode LXXXII: And The Oscar Goes... 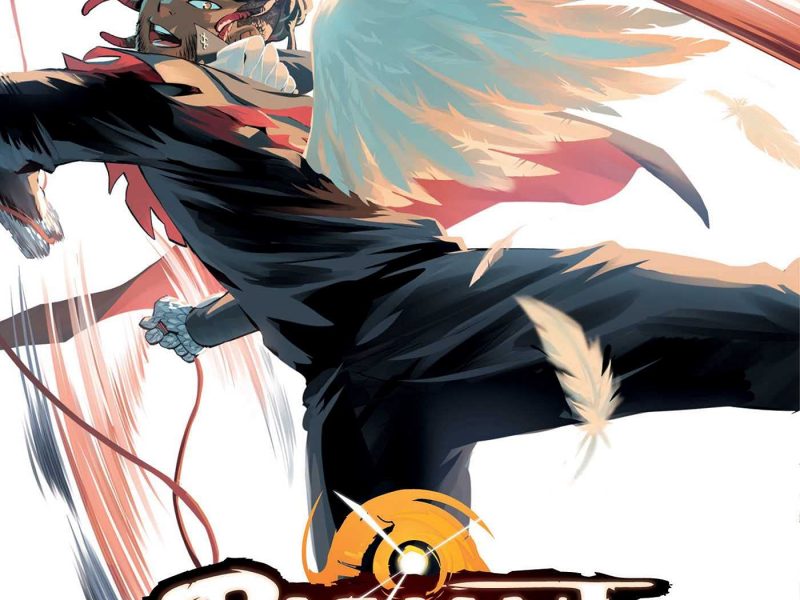 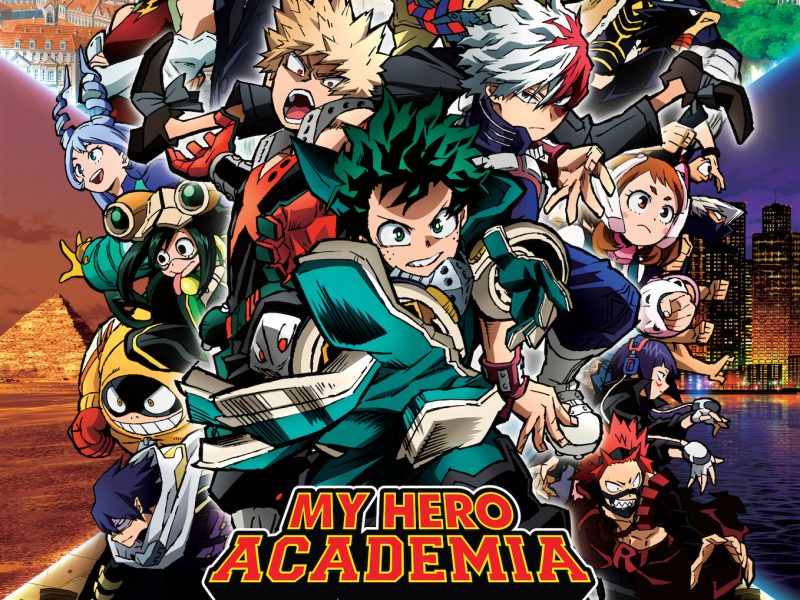 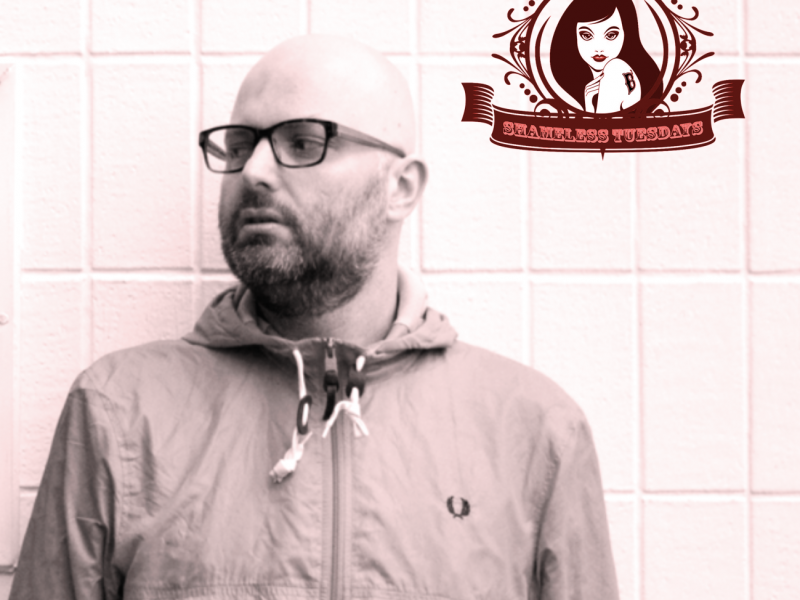