HomeMusicmonobright's Latest A Sad Excuse For An "Adventure" 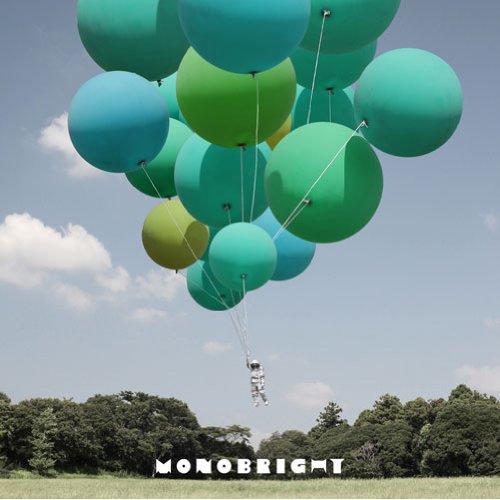 What the hell happened to you, monobright? Your first two albums -- aptly named monobright one and monobright two -- were works of rock 'n' roll genius. The sound that came off those dual discs was unlike anything I've ever heard in the rock realm, conjuring up a sort of true originality in a business that looked as if everything had been done before. Now you've returned with your third album Adventure, in which somewhere between monobright two and this some guy told you to go "experimental." Whoever it was that suggested this route should be shot out of a cannon right into a brick wall!

The album starts of in a hopeful manner with "81hi Me no AM1:16," a two and a half minute instrumental that sounds as if the band's preparing to take its listeners on an epic journey. It's soft, slow and calming, almost like monobright is getting ready to unleash a storm on its fanbase. However once "Ame ni Utaeba" starts to play the album goes downhill quickly. It's lazily-made shoegazer music, a song that would make My Bloody Valentine and Asobi Seksu shake their heads in embarrassment. Vocalist/guitarist Yo-suke Momono may hit the high notes well, but the end result of this track is sluggish. It gets even worse with "Hadaka no Me wo Shita MUTANT," a psychedelic-wannabe with Momono trying his best Wayne Coyne impersonation, and failing miserably to even scratch the same surface the Flaming Lips do. It's bad on the ears, and dull on the mind; you'll feel your brain cells die as you try to comprehend this song.

No moment on this album is worse than "2010nen no KOZOO," in which the band appeared to have gotten completely shitfaced, walked into the studio and recorded this piece of garbage. It's the lowest point in monobright's career, as you will literally hear the celebratory balloons in the background deflate with utter sadness. I almost cried when this track came on. The band sounds as if they have just about given up by the last track "Shiro," a lame attempt at trying to mix sad reggae with weeping guitars. It's definitely a sad moment in an album when even the band sounds bored of what they're recording.

Adventure does have a couple high notes, however. "Eiyuu Nova" rocks hard with heavy riffs and electronic beeps, like a strangely-nice blend of Thee Michelle Gun Elephant and Polysics. "Kodoku no Taiyou" is a nice slow rock jam with a good marching beat, and "JOYJOY EXPERIENCE" is a party ditty that's filled with excitement. Unfortunately these three songs can't save this album from being labeled as rotten bollocks.

Memories of being in Japan in the summer of '07 flooded through my head after I stopped listening to Adventure, when I discovered monobright thanks to their "Mikansei Riot" video appearing on SpaceShower TV (the greatest music channel ever concocted). I rushed to the Tower Records in Shibuya, and bought that single and their first EP monobright zero. Once I took a listen I knew right then and there that there was something special about them. monobright one came out soon after, and I was right; monobright had the most potential of being the next big band in Japan. Their next EP Ano Toumei Kan to Shounen came out a year later, followed by monobright two. Again I was amazed by what I heard. I thought the band could do no wrong.

It's an album like this that makes me take back that last thought. Let's just pray (Shinto-styled) that monobright merely makes a scrapbook based on this Adventure, puts it high on their bookshelf and never sees the light of day again.

Episode LXXIV: You Don't Have...