HomeVideo GamesWalk Into The Darkside of Evil

In “Darkside” players follow what happens during the events of “Resident Evil 2” and “Code Veronica,” as well as a brand-new chapter that takes place in South America; right before the events of “Resident Evil 4.” In this new tale Leon S. Kennedy and soon-to-be antagonist Jack Krauser rescue a young girl in a village while searching for the ex-drug lord Javier Hidalgo, who may be cooking something up with the Umbrella Corporation. Oh right, and there are zombies and other really freaky creatures that are trying to kill you. As always, though, the heroes are packing heat, and they let the bodies hit the floor.

The game play is set up just as the last "Chronicles" title  (or, if you hadn’t played the last one, “Code Veronica”): a rail-styled shooter. You go where the camera makes you go, and you shoot as many undead beings as possible. Sometimes there may be too many zombies for one player to handle (which is where the two-player mode can come in handy if you have a friend nearby to give an extra hand), but you might be saved by the moving camera and head on to the next part of the level if the right moment should occur. There are also items such as guns, first aid and gold for unlocking weapon upgrades to find in each level, which is a good thing the main gun has infinite ammo so you can shoot as much as you’d like to find them. However, keep an eye on anything first aid-related. You will need it for some of the boss battles you’ll have to face. One issue with the camera, though, is that at times it appears shaky; and while Capcom wanted to put a strong emphasis on the camera system (ala “Cloverfield”) it made it sometimes difficult to maneuver my weapon throughout some of the scenes. 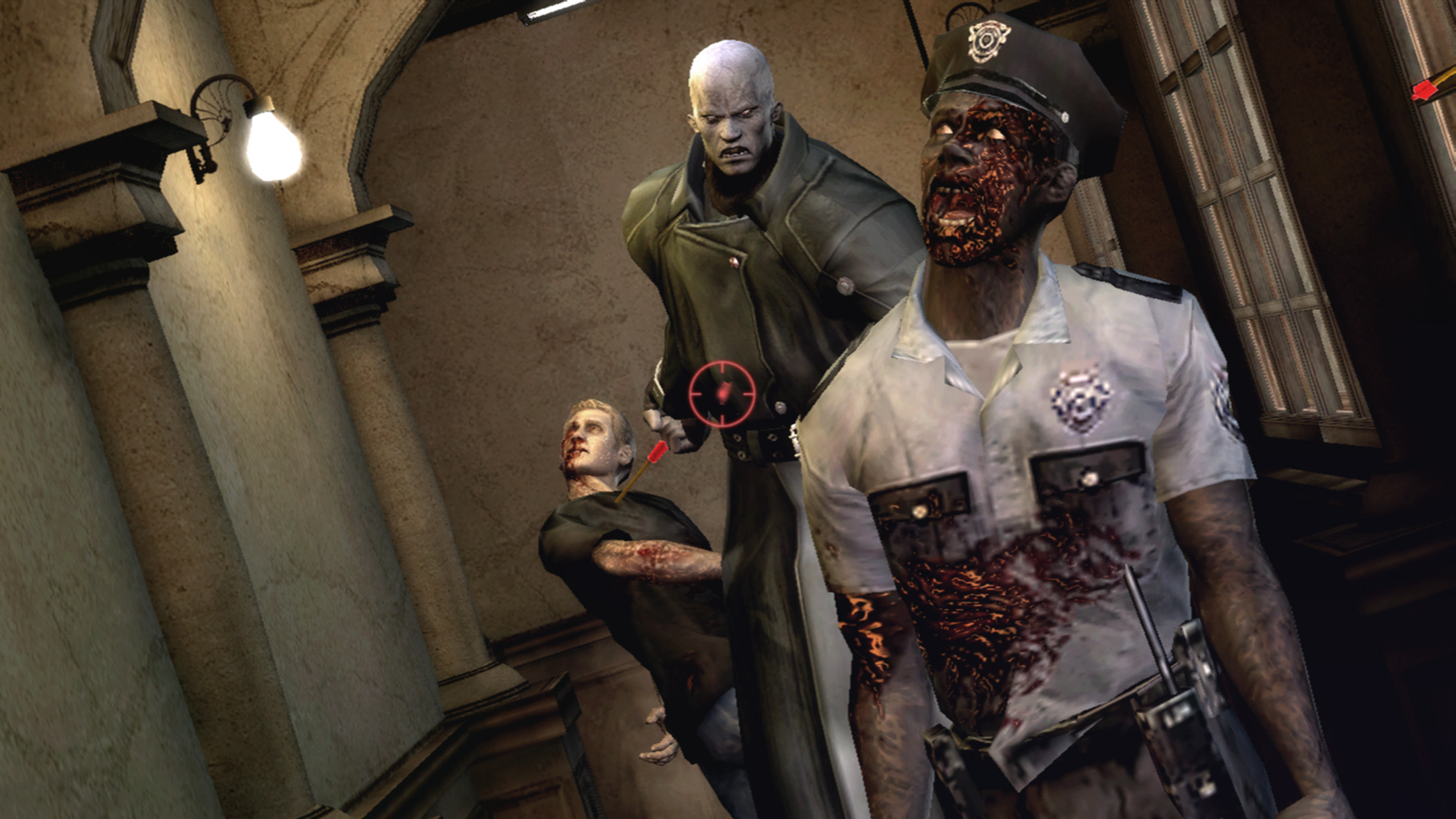 Aim for the head of this tall bald bastard!

Maneuvering with the Wiimote and Nunchuk may take some time to get used to, and the aim can sometimes be a pain. You would be shooting at the zombie’s head, and it’d be hitting their shoulder. (Headshots equal more points, naturally.) After a couple chapters, though, I got used to the setup, but at times I wish I had the Zapper peripheral to have a bit better aim and a steadier arm. Also, it would’ve been a bit better if Capcom had made an option to make it work with the WiiMotion Plus, which would’ve made aiming a lot more precise, realistic and easier.

What made me first do a double-take was the beauty of the graphics in the game. They are a huge improvement from “The Umbrella Chronicles,” and look more stunning than even “RE4.” Though not as impressive as “RE5” on the other next-gen systems, it still looks like one of the best-looking games currently on the Wii. The zombies were terrifying, and the human characters came across frightened but determined (not to mention the incredibly creepy man-plants, which reminded me a bit of the original “Little Shop of Horrors” movie). Plus the in-game movie animation looks fantastic, and almost appears as if it was directed by Robert Zemeckis. (It’s not, of course, but at times it could’ve fooled me.) However some scenes appeared too dark (like in the sewer parts of the “Memories of a Lost City” section of the game), and made it difficult to find and kill the zombies and creatures. 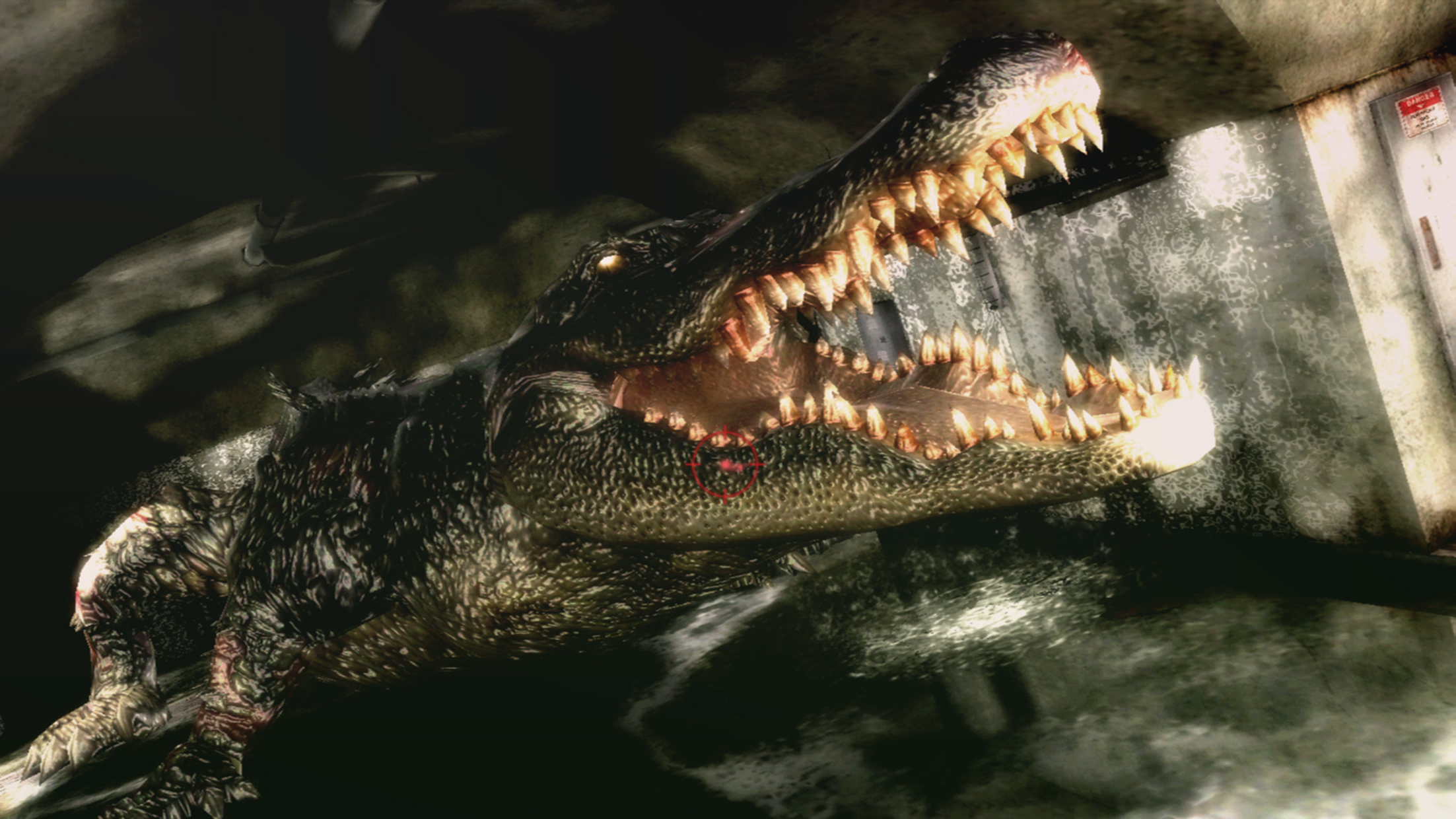 Crikey! That is one real-looking gator!

The soundtrack to this game is near-flawless. The eerie noises in the game were a very kind reminder of why I like playing the “Resident Evil” games with all the lights on my house. Voice actors Paul Merciner (Leon S. Kennedy), Alyson Court (Claire Redfield) and Jim Ward (Jack Krauser) made the dialogue sound real, though Court had a stale line or two that should’ve been worked on in the recording studio. Compositions by Shusaku Uchiyama & Takeshi Miura, and performed by members of the Tokyo Chamber Music Association, are just enough to pull you into the atmosphere of the game. Like a great action/horror movie soundtrack, it drags you to the edge of the seat; and when the right note hits the chill appears on your spine.

One big disappointment on the front cover of the game is the Nintendo Wi-Fi Connection logo on the top-left corner. The only thing it’s used for is to share rankings with one another. Shame, really. If they could’ve made it so you could play the game with someone else in another part of the world (like they did in “RE5”) it would’ve made the game a bit more exciting. Unfortunately that’s not the case, and this decision will make many online gamers frown with discontent. 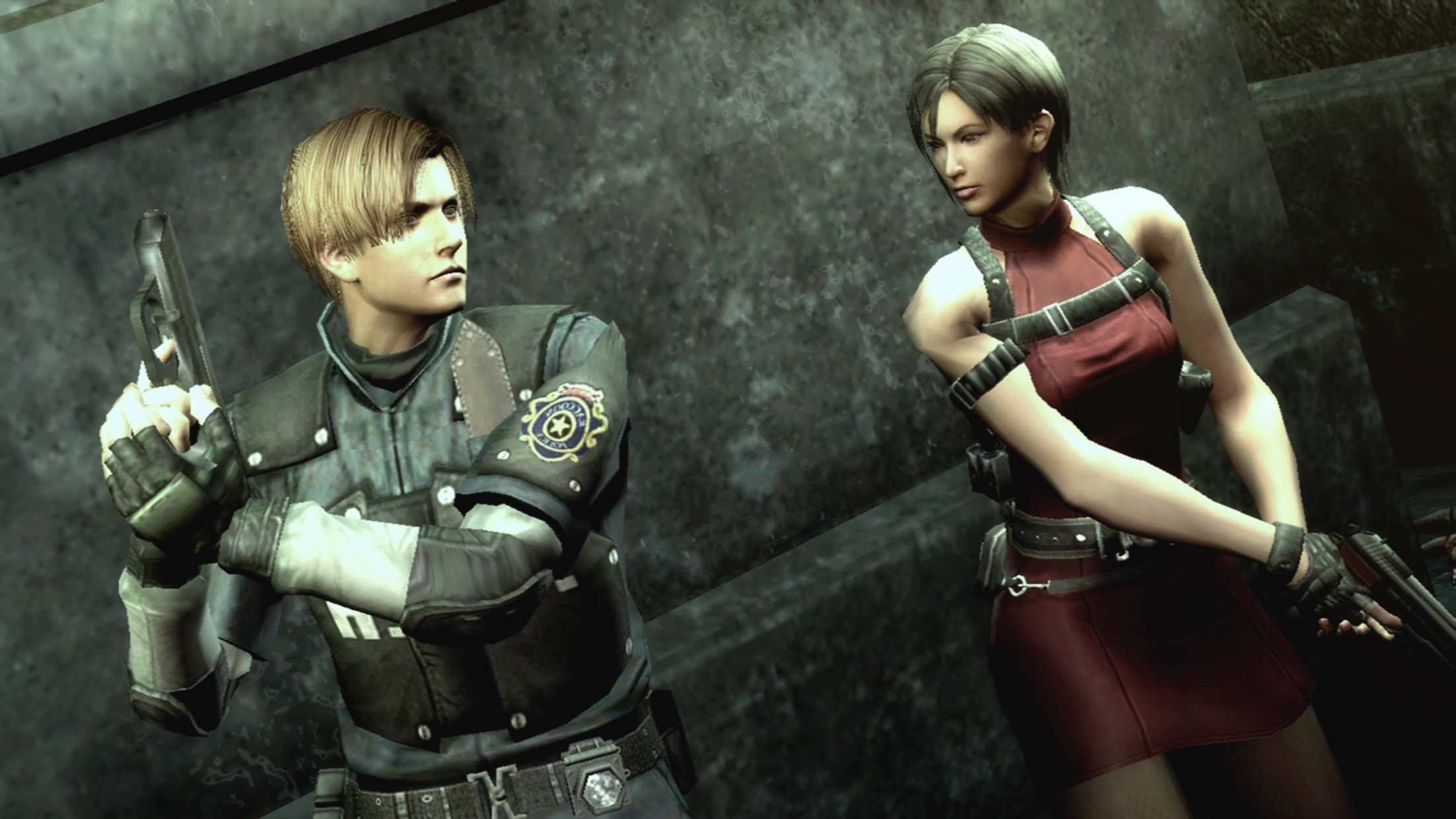 The majority of the game is definitely what I was looking for in a “Resident Evil” game like this. However the frustrating camera and the sometimes-weird control scheme don’t put it anywhere near perfect. Still, for what it’s worth “The Darkside Chronicles” is one horror arcade-styled game that will leave players satisfied. Plus with its lengthy game time (at least 12 hours to beat first-hand) and high replay values you can bet you’ll be spending a lot of time on this game. In short: despite its minor flaws, this “Evil” is good, fun and long-lasting. 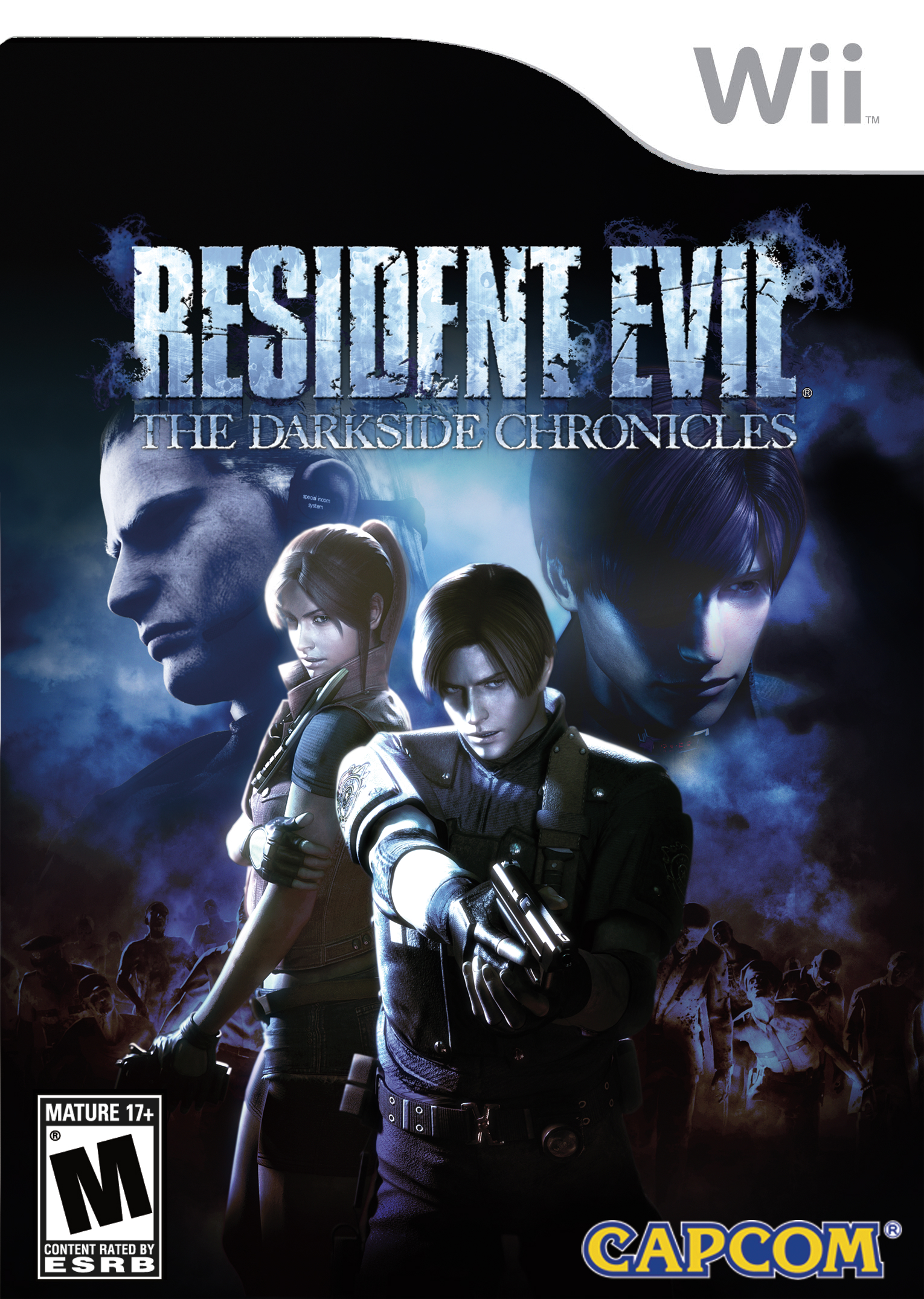 A zombi-fine Christmas gift for all ages, if that age happens to be over 16!

Episode XX: Four Thumbs Is All It...

If I Were El Presidente I Would Ki...