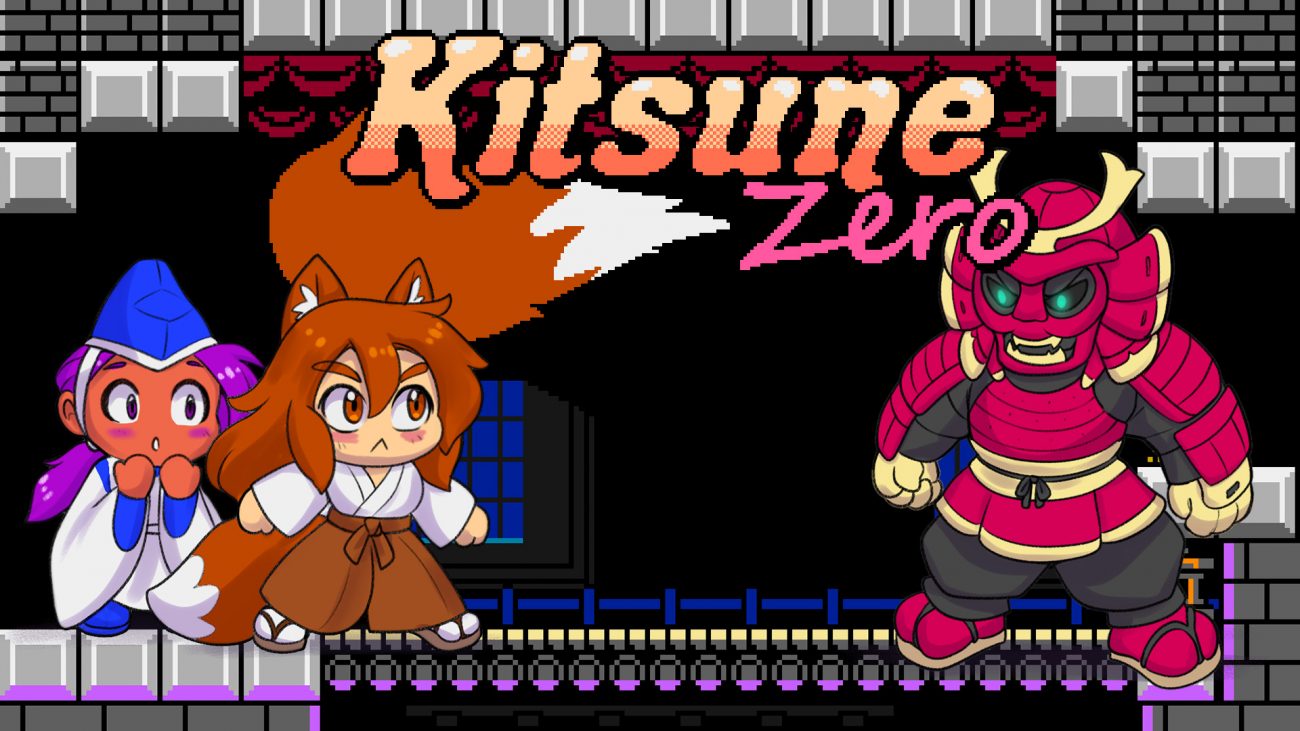 Next year, a side-scroller in the vein of Super Mario will be making its premiere: Kitsune Tails. Created by Kitsune Games (the folks behind Super Bernie World), the story will follow a cute fox girl as she traverses a world inspired by Japanese mythology. Until the day comes of its release, the developers have retooled its Sanders-filled predecessor to create a prequel game: Kitsune Zero. But does it add anything new to the mix, or is it merely a reskin?

Taking place within four worlds (plus four bonus ones after that), Kitsune Zero follows fox girl Yumi, who must gather ingredients to break a cursed pact with the handsome sorcerer Yasunori. Yumi must jump, stomp, and even throw fireballs in order to complete her quest. But once she gathers the ingredients, the plan hits a snag: someone has kidnapped the sorcerer! 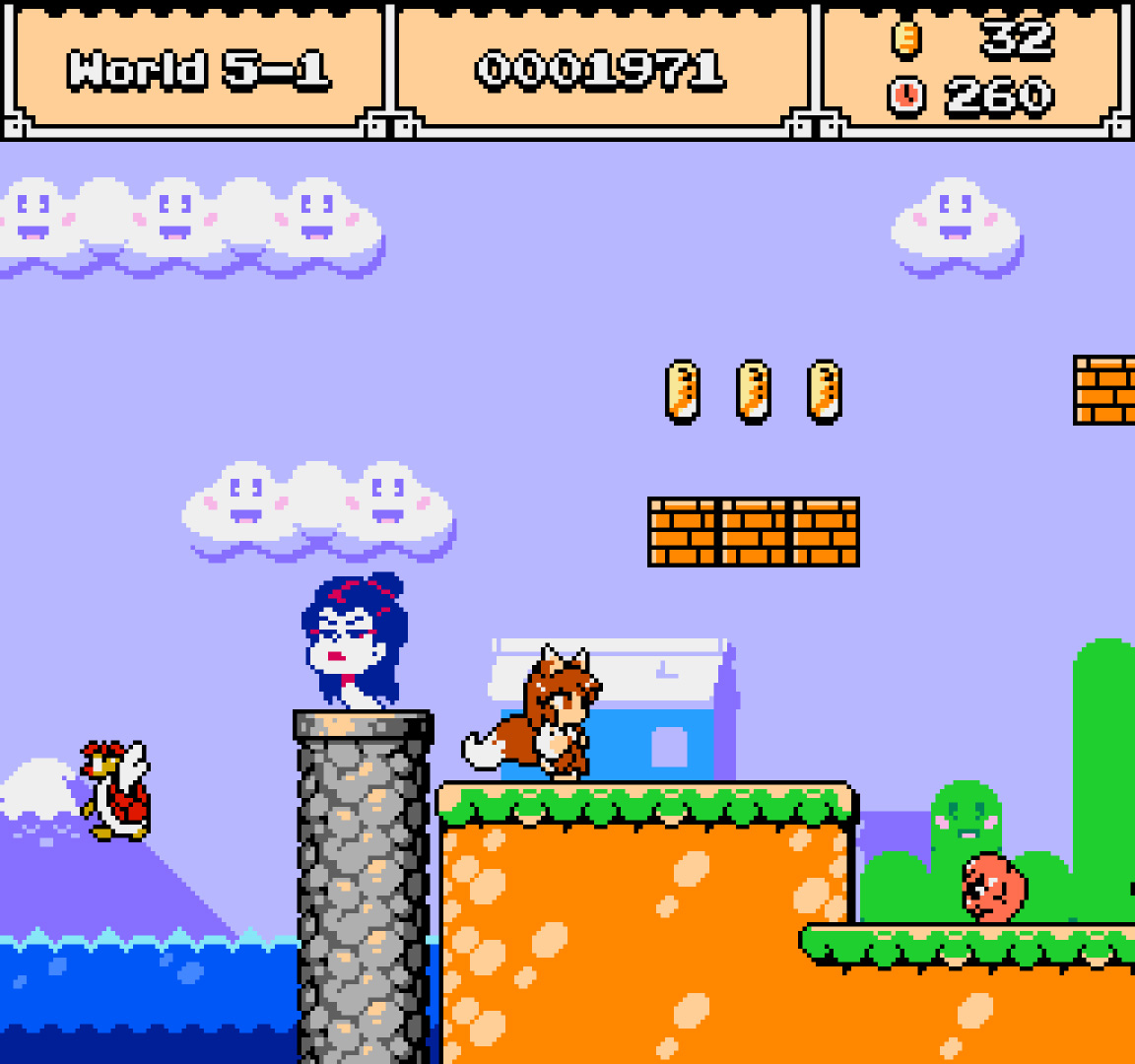 It’s easy just to label this game as a Super Mario Bros. knockoff. Graphically and gameplay-wise, there’s plenty similar to the world of Kitsune Zero to that of the Brooklyn plumbers. Thankfully, there’s plenty of challenges thrown throughout Yumi’s adventure that make it more than a paint-by-numbers homage. In fact, there are some parts that feel harder than Miyamoto’s original console classic!

Let’s just say that there will be levels here that will no doubt frustrate people. Since there are no checkpoints, players who die mid-level will be forced to start from the beginning. That means if you’ve overcome some hardships, only to be tapped by a yokai and die, then you’ll once again have to experience those difficult areas again. Once you figure out the flow of each level, it may get slightly easier to conquer. 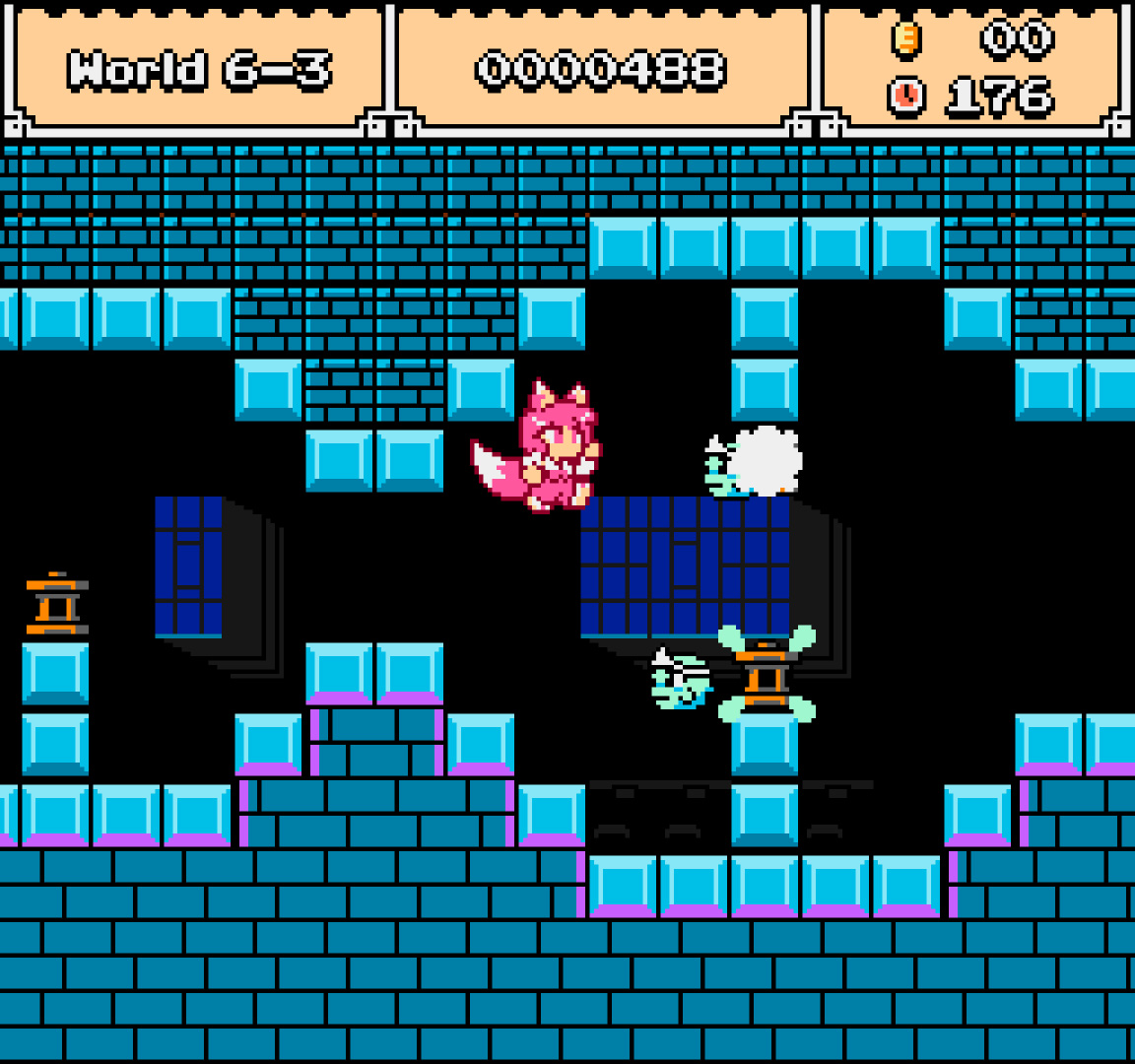 Alas, unlike the game it pays tribute to, there is a lack of variety to be found in Kitsune Zero. Your standard outside world and castle levels are here, but nowhere can be found places akin to underwater or underground. This might cause some players to feel bored with the game, as its level setup can be monotonous at times. Thankfully, it has something that will keep the audience’s attention: a sense of humor.

The storyline is showcased with some short cut-scenes, all of which are fully voice-acted. Yumi is an overconfident fox girl, whose persistence and attitude might drive villains up a wall. Meanwhile, the gentleman-in-distress Yasunori comes off as dorky and something of a klutz. Together, the two make for a fine pairing, rightfully so since they seem to be the parents of the main hero of Kitsune Tails. 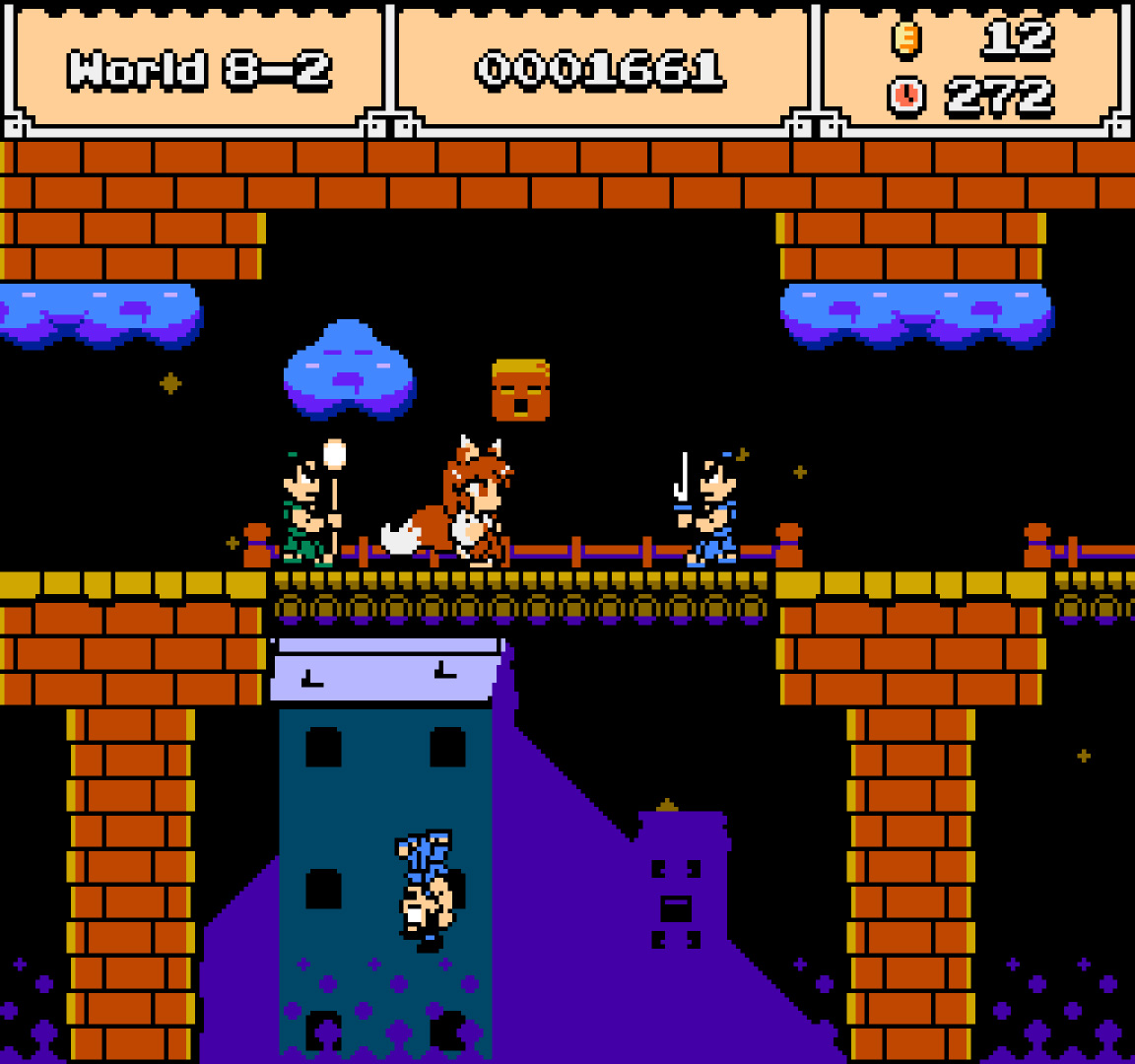 Kitsune Zero will take you about a couple of hours to complete its story, with an additional 2-3 for its bonus levels. A keen eye will be able to find 12 more hidden levels, which are very much in-line with certain super hard Super Mario Maker levels. There’s also the added bonus of Super Bernie Bros., which is still a humorous tribute to the Vermont senator.

Although it’s not Kitsune Tails, Kitsune Zero will help hold off those waiting to experience the real game. It’s a cute throwback, but gamers who have played others like it may not find anything unique about it. However, those looking for a humorous prequel to a hotly anticipated retro-styled side-scroller will find enough whimsy in Kitsune Zero to have a good time with it.

Promotional consideration provided by Kaylah Humphrey of Stride PR. Reviewed on the PC via Steam.