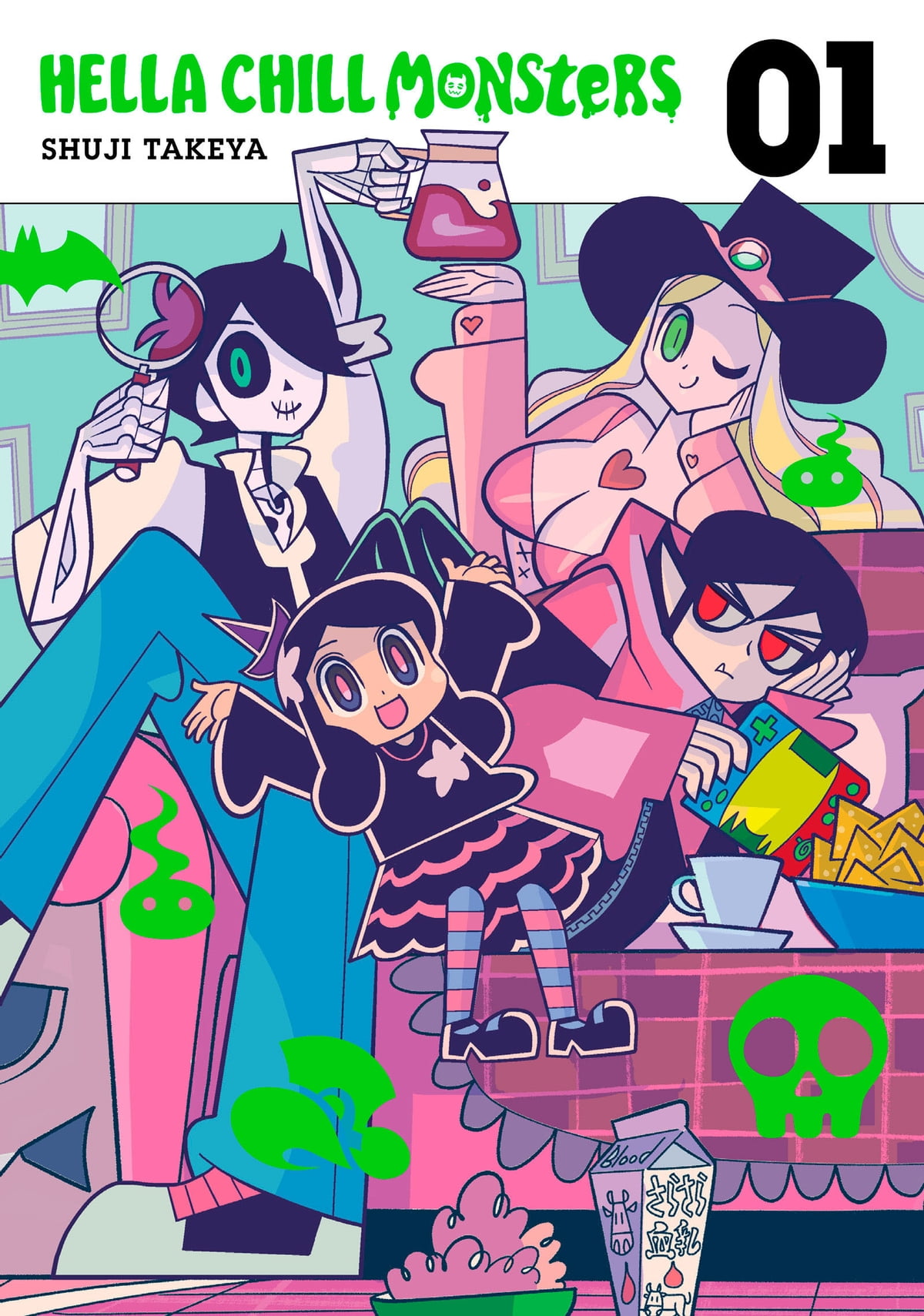 In the afterlife, there’s Heaven for the good people and Hell for the bad folks. But what if you did some bad things, but weren’t enough to warrant eternal damnation? That’s what Limbo is, where not much happens and spirits can live on peacefully. This is apparently tough on Detective Bonzo Scalobania, the main character of Shuji Takeya’s Hella Chill Monsters. The reason: he lives/lived for cases!

Now stuck doing menial jobs in Limbo, Bonzo is filled up with anxiety due to the lack of excitement. His bloodsucking assistant Vampy Vinegret tries to tell him to look at the bright side of the afterlife, but the itch to solve cases lingers about. Fortunately, life in the world of Hella Chill Monsters is anything but ordinary, be it preparing for a fancy dinner party or watching some nursery school kids. That’s because, well, there’s nothing normal with being dead! 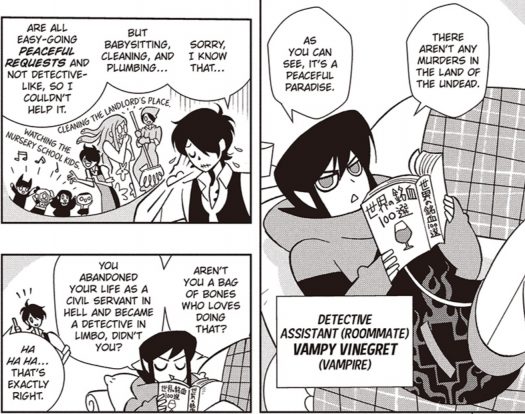 Taking care of kids results in a monster appearing on the beach. A daytime trip to the movies for Vampy is just asking for him to be burned every time. An outdoor party has Bonzo be the target of a strange assailant (who also winds up joining his team afterwards). Even finding two pets who have vanished from their owner’s home brings forth some wild hijinks for Bonzo and Vampy.

Despite it being a Japanese manga, Hella Chill Vampires has a very Western approach with its visuals. It brings to mind a classic Hanna-Barbera cartoon from the 70s, with just a hint of Osaka Tezuka for good measure. The characters are very expressive, even if half of their face might be rotting off (or they don’t have one to begin with). It’s the biggest highlight of Takeya’s manga, as it brings for an original and rubbery look to a world that constantly focuses on making their characters look too detailed. 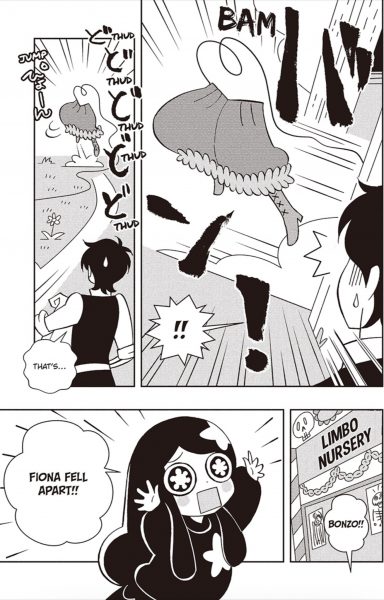 Storywise, the narrative could use a little cleaning up. Although the stories end on some surprisingly good jokes and high notes, the journey to the punchline can sometimes be uninspired. Only when Takeya thinks outside of the box — be it when shoving Vampy’s conundrum regarding the movie trip or Bonzo helping to make sure some kids get picked up from school — does it feel like the plot is having fun with its world and characters. When a joke does work, the series can be laugh-out-loud funny.

There’s a lot of promise to be found in Hella Chill Monsters. How the afterlife works is pretty original, and the characters are all likable. But less than half of the time, it feels like Takeya has no idea what to do for these characters, making its debut volume a little challenging to get through. With that being said, when Hella Chill Monsters is entertaining, it kills its audience no problem! 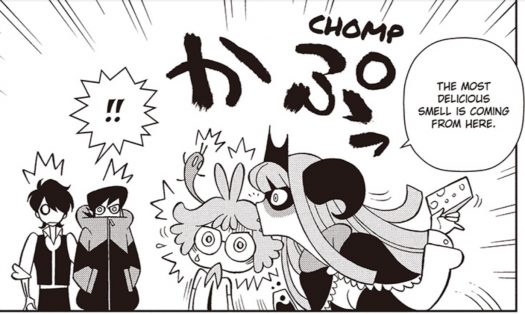