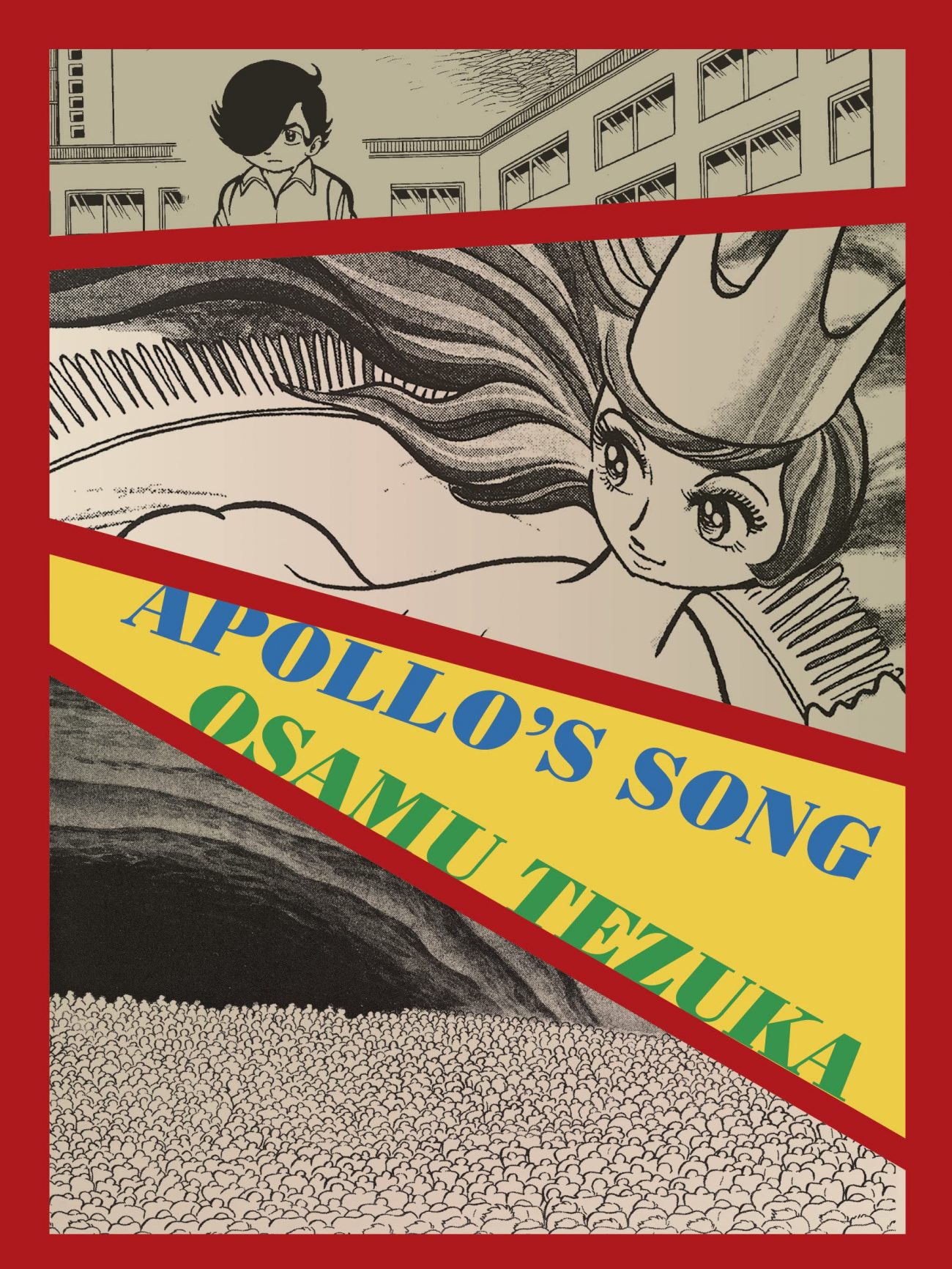 When people call Osamu Tezuka the God of Manga, it’s not just a clever nickname. In actuality, the man behind Astro Boy and Dororo was responsible for the creation of all kinds of genres and sub-genres in the medium. On top of that, Tezuka could write for any kind of audience, even grown-ups. In a time when comics and manga for adults were either pornographic or violent for the sake of violent, his Apollo’s Song was considered a breath of fresh air.

Originally released in 1970, Apollo’s Song follows a troubled teen named Shogo Chikaishi. Brought to an asylum for murdering & torturing animals, Shogo reveals to the head doctor that he’s never felt or experienced love in his entire life. After being jolted with some electro-shock therapy, Shogo wakes up in a strange Greek temple. There the goddess Aphrodite warns Shogo that he’ll be subjected to all sorts of love and tragedy, with he or his partner dying each time.

What follows is a foray of past, present, and future lives that Shogo experiences. From being a Nazi soldier falling in love with a Jewish woman to a dystopian world where a superhuman queen finds him of romantic interest, Shogo is put through Hell in order to realize the importance of love in his life. Even when Shogo escapes the asylum, a familiar face will appear and bring him back to some sort of humanistic senses. But the real question is, will Shogo truly feel love, or are the environments he’s in tricking him into thinking it?

That’s a thought that crossed my mind a lot while reading Apollo’s Song. Many of the instances that Shogo experiences are life-and-death scenarios. Whether it’s saving a Jewish woman from dying at a concentration camp or attempting to coexist with a shrewd woman on a not-quite-deserted island, the situations Shogo face are very extreme. As such, it’s not clear whether he begins speaking of love either genuinely or out of sheer guilt.

Perhaps that’s what Osamu Tezuka was aiming for in Apollo’s Song. The mere concepts of love and bonding are — in a word — strange. Why do us humans feel strongly for another person, and what makes said person the kind of being that wants to spend eternity with? As Tezuka showcases here, it’s all about the importance of experiencing life’s greatest highs and lows that measures the amount of love that one feels. And as Shogo goes through a terrible war, a island-turned-erupting volcano, and a dystopian future where humans are outnumbered by the super-powered Synthians, readers bear witness to how matters of the heart can be created via rough experiences.

Of course, the same can be said for the opposite. Watching Shogo’s past demonstrates why the teen feels no love at all. A horrible mother, a plethora of “papas”, and the world shoving the romantic feeling that he craves most could easily make a person remove all sense of love and care from their essence. It’s reigniting that feeling that winds up being a challenge, hence why Aphrodite puts Shogo through all of these instances. And as one story goes into another, more lightning bolts are jolted into his heart, slowly rejuvenating a feeling once feared dead inside of Shogo’s soul.

However, Apollo’s Song does come with some issues. Much of Shogo’s behavior — especially towards women — would be deemed sexist and inappropriate these days. While it’s easy to just call it a byproduct of its time, it doesn’t change the fact that much of what Shogo does is not only wrong, but kind of psychotic. His means of dominating Hiromi and all of the other women here might’ve been given a mere wag of the finger during this era, but by today’s standards, he’d forever be painted as a villain who has no way of finding redemption.

Then again, this could be why Aphrodite subjects Shogo through a never-ending loop of love and tragedy. She’s trying to show this person why even his most minor errors bring grave consequences. In Tezuka’s own way, Shogo’s story is a cautionary one that emphasizes the importance of love in a person’s life, be it the kind that’s given to or even received by. As such, it results in a tale that blends together the philosophical and psychological elements of love itself.

Apollo’s Song was revolutionary for its time, as it tackled taboos without fear. By today’s standards, Tezuka’s work is still great, but some parts certainly haven’t aged well. With that being said, from a historical point of view, Apollo’s Song is an important read, as it’s a moment in the comic book world where having “adult” stories didn’t just mean being vulgar, but rather complex with the subjects at hand. While there are plenty of manga that have come around and did it better, Apollo’s Song can say confidentially that it was the first to bring these taboos to light in an eye-opening and beautiful way.