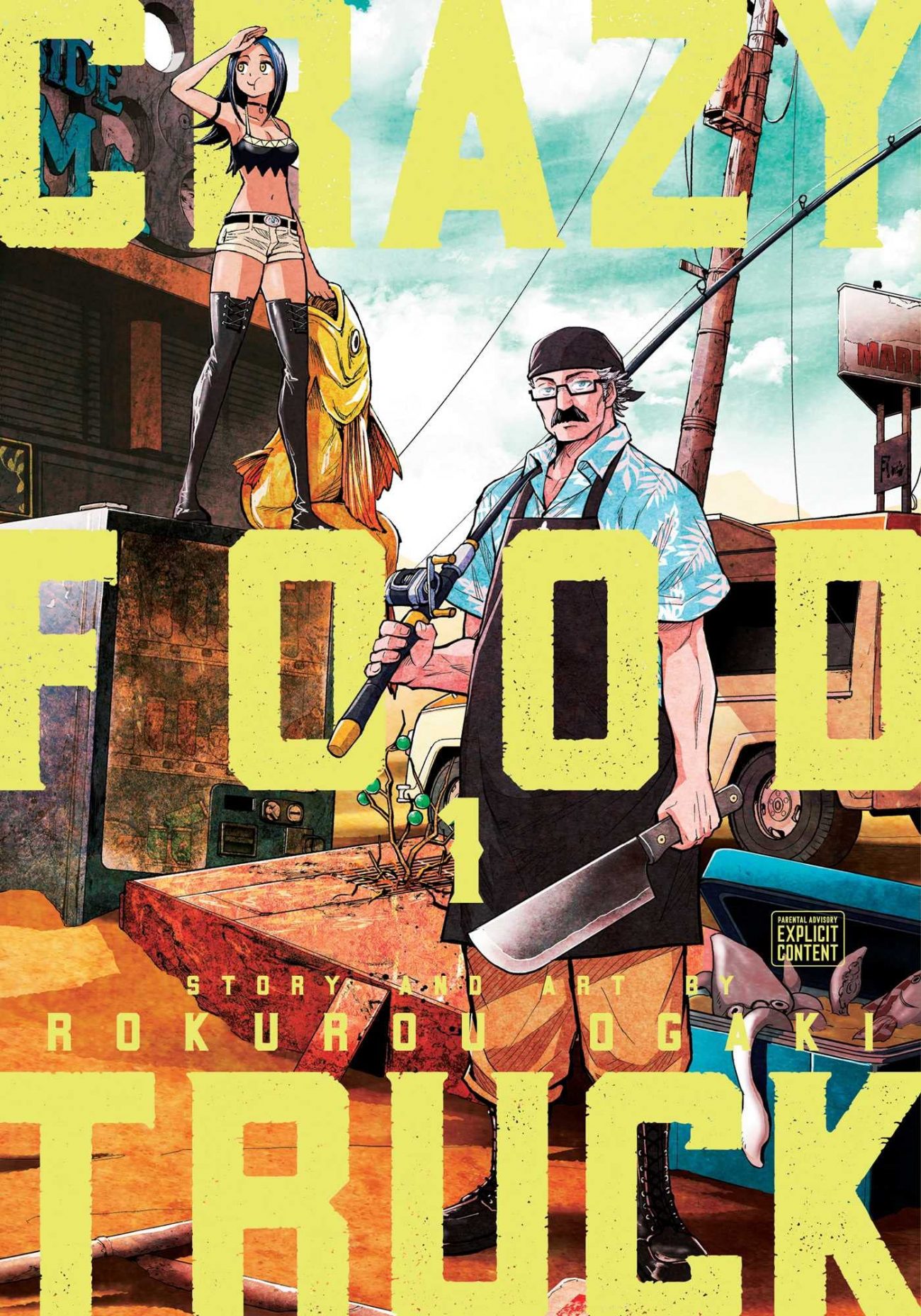 I did not know what to expect when I first came across Crazy Food Truck, the latest manga from Unlimited Psychic Squad artist Rokurou Ogaki. At first, it would appear to be a slow burn kind of tale, with a food truck proprietor driving from one deserted place to another. However, when he comes across a sleeping bag in the middle of the road, his mysterious past starts to catch up to him. What follows is an action adventure that answers the unasked question, “What if Black Lagoon was a cooking manga?”

The cook and the driver of the food truck is Gordon, who claims to have more sandwiches than customers these days. Inside the sleeping bag is Arisa, a woman who loves to eat as much as get naked. When the military come driving up to Gordon’s food truck, his facade fades away with the click of his pistol. Turns out, both he and Arisa have all the more reason to keep on driving and evading the fuzz, with her being a secret experiment and he a former General. 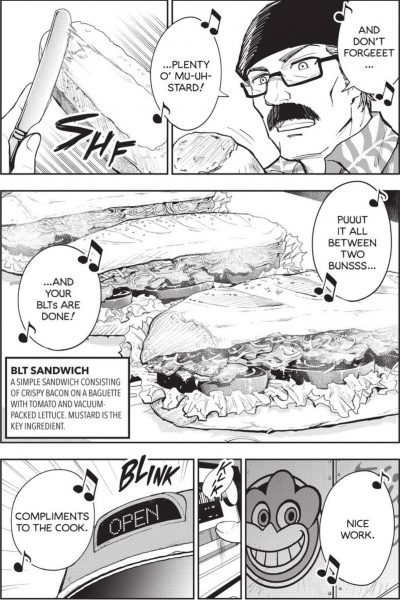 Soon the pair begin to bond over the open road and tasty meals. However, Gordon bites off more than he can chew when he bears witness to Arisa’s appetite. Her stomach gets him into enough trouble, to the point where his fridge is emptied out in a fortnight. Thankfully, Arisa is a quick learner when it comes to seeking food, especially when Gordon teaches her the art of squid fishing. (What he didn’t count on was just how good she’d be!)

It’s clear just in the first couple of chapters of Crazy Food Truck that Gordon and Arisa are an odd pairing. Arisa’s childlike mentality conflicts with Gordon’s scruffy personality. With that being said, the two bond over not just the love for food, but also their means of overcoming danger. Neither are novices when the military come rolling towards them, with Gordon having one hell of a secret weapon to deal with them early on! 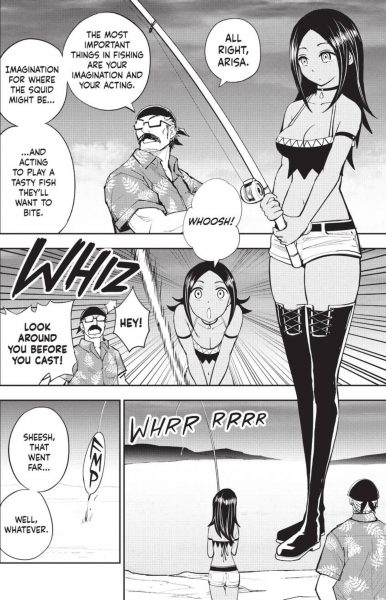 Their talents are greatly showcased in the third chapter “Beer”, as they take on some bandits who’ve made a small town their stomping grounds. Gordon has two styles of fighting: strategic planning and, well, driving his truck through a wall and mowing down anyone who’s behind it. Both are effective in their own ways, but it’s certainly great seeing when something far more detailed delivers a knockout punch. As for Arisa, her hand-to-hand combat skills are showcased with beautiful detail and grace, even if she’s fighting drunken master-styled.

One solid thing about Crazy Food Truck is its overall atmosphere. Ogaki does an upstanding job keeping the nature of this world a secret. There’s barely any people to be found, and the whole country seems to be deserted. Why it is has yet to be revealed, but what we do see are moments of nature and peaceful serenity in nature…until Arisa’s stomach growls and ruins the entire mood. 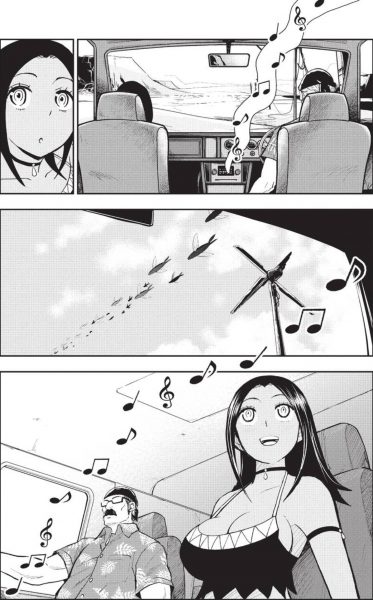 Ogaki also puts a lot of detail into the food Gordon creates. Every dish he makes — be it a BLT or squid sashimi — is showcased with mouth-watering accuracy. My advice is not to read this manga on an empty stomach, as the drool stains you’ll leave on your book or tablet might make onlookers cringe with confusion. (FYI, readers can make the meals with the aid of the recipes at the end of the manga, something this reviewer may give a whirl for himself!)

But when it comes time for action, that’s when Crazy Food Truck comes to life. Be it the military or bandits, these fights are showcased with wild excitement on every panel. Each punch, kick, and gun blast is presented with the same loudness as a taiko drum smacked with all one’s might. By volume’s end, what Gordon and Arisa bring to battle will make you eager to order the next course! 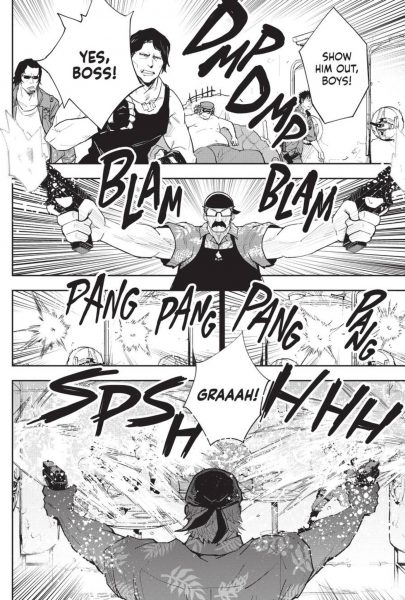 Crazy Food Truck is a wild, funny, and an all-around tasty manga. The duo of Gordon and Arisa are pitch perfect as partners, with their banter and skills being a delight on every page. Although this series is sadly only three volumes (complete narrative, so don’t worry!), Crazy Food Truck thus far shows that the best kind of manga is something you can savor fully in an instant. To quote another famous Gordon in the culinary industry, “Delicious. Finally, some good fucking food.”

ANIME REVIEW | Learning of Life &a...