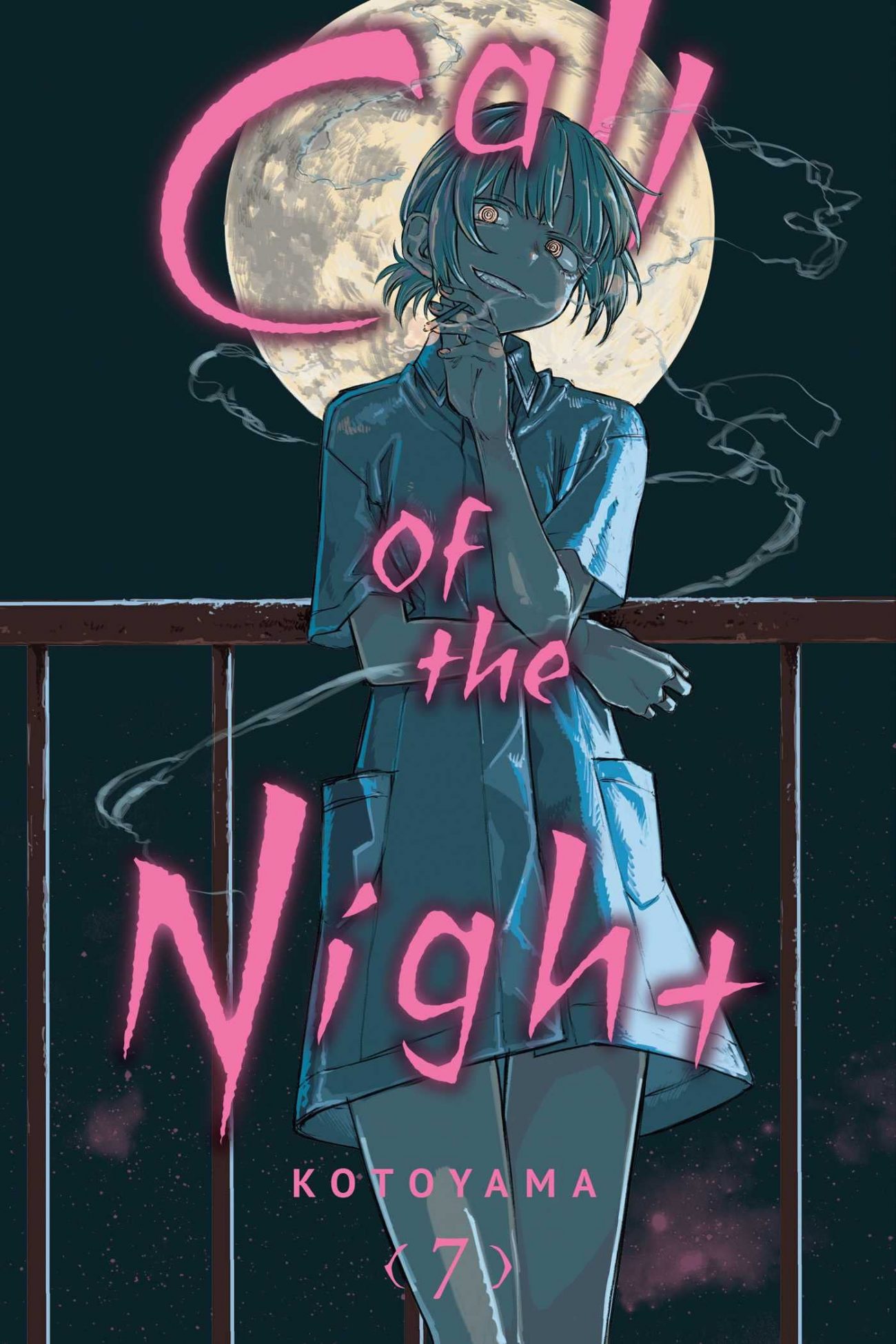 Since its beginning, Call of the Night has kept Nazuna’s origins a secret. It’s not because she’s being tight-lipped; it’s just that she couldn’t remember when she turned. Volume Seven of Call of the Night finally reveals Nazuna’s beginnings, and what is unveiled is quite surprising. Dare I say, I’ve never seen someone do something like this with vampire lore!

Continuing where Volume Six ended, Ko and Nazuna have been rummaging through a mysterious hospital. There, they come across Kabura, who has a link to Nazuna’s past. A picture with Kabura with someone looking like Nazuna opens a whole can of worms, as the vampiric nurse starts telling a story about a nurse named Haru. Within that tale is Nazuna’s origin, and it’s not a backstory that’s predictable by any means! 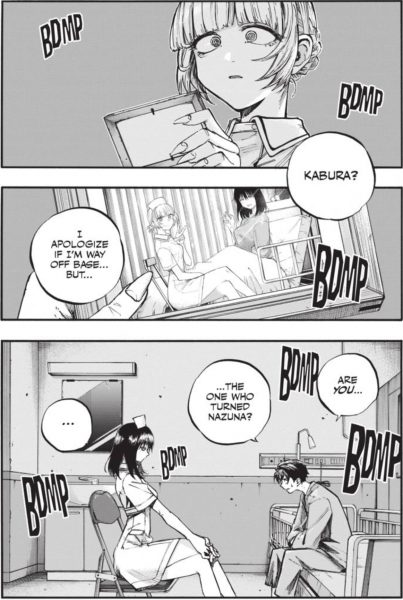 Almost half of this volume of Call of the Night is focused on Kabura’s past reflection. Her time in and out of hospitals is filled with sadness, regret, and an unknown illness. It’s only Haru that brings a sliver of joy to Kabura’s bleak life, as they bond in ways that can only be described as “love”. However, Haru leaves Kabura’s life out of the blue, and with a final goodbye, she is led to the beginning of Nazuna’s tale.

How all of this is presented is beautifully handled. You know early on that Haru is a vampire herself, with closeups of her mouth showcasing her fangs. But the moment that Kabura embraces a vampiric life is not just thrilling to read; it cries with bells of freedom ringing loud and proud. Seeing her experience things that she couldn’t in a sickly body is both heartfelt and exhilarating. Which is why it’s sad when her life with Haru comes to an abrupt end, only for a big twist to be unveiled behind an apartment door. 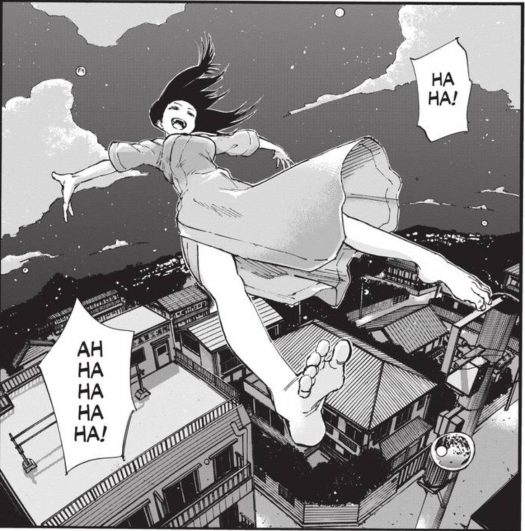 It’s also this moment where Nazuna aims to do more self-discovery. Although Ko has been trying his best to know more about Nazuna, she’s been hesitant thinking it could reveal some sort of weakness. (Said weakness, after all, could be deadly, especially with vampire hunter Anko hot on their trail.) Now that she has very little to worry about, Nazuna embraces any truth of her past that may come to light. In this moment, Call of the Night showcases both Ko and Nazuna not just on the same page, but reading the entire book of life in unison!

This volume also has some fun with Midori and her “Love”, an otaku who feels like a caricature of early 2000s anime fandom. Ko and Nazuna’s search for Midori’s weakness accidentally has them stumble on “Love”’s, and…well, it’s not exactly the most pure of weaknesses one can conjure up. It ends with the sacrificial destruction of said weaknesses, with Ko only getting a minor peek at the goods before it’s all set ablaze. 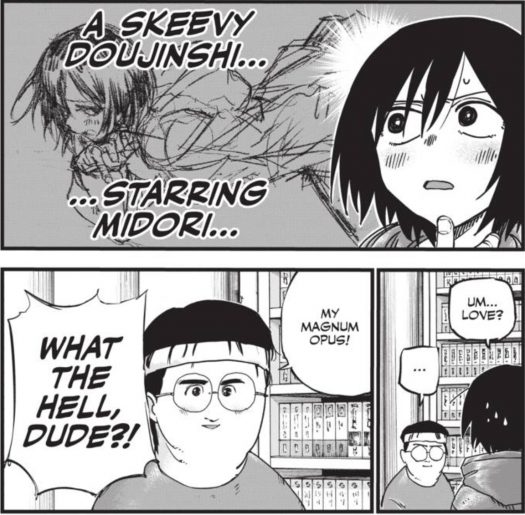 Volume Seven of Call of the Night is an enthralling read! It handles exposition in a way that keeps you turning each page to see how it all comes to be. If I am a betting man, we’ll be seeing Ko and Nazuna become even closer than before thanks to what happens in the latest Call of the Night! (Also, enjoy the bonus Dagashi Kashi chapter at the end, Kotoyama’s other series that VIZ Media absolutely needs to license!) 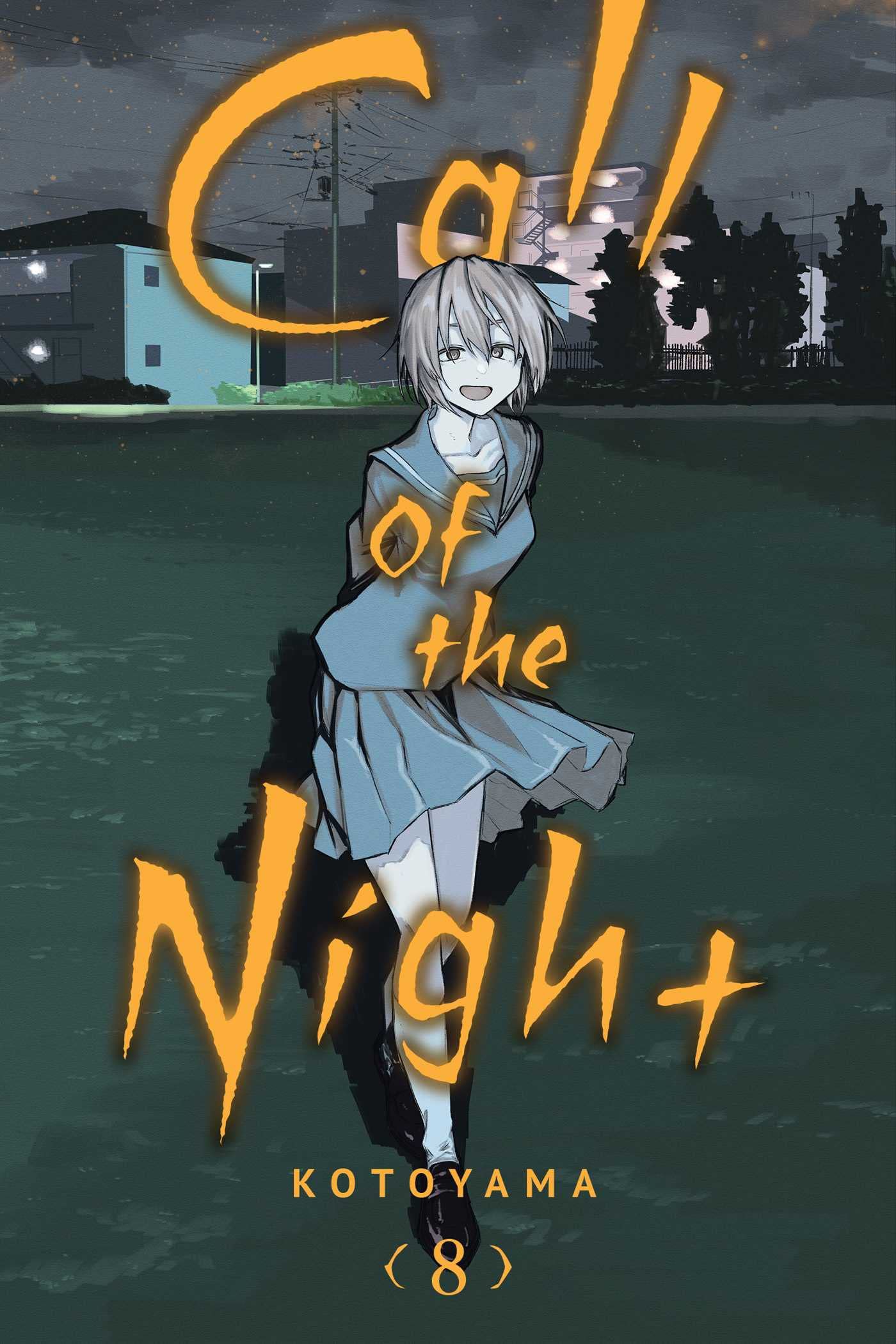 Nazuna is a very complicated character. Where else have you heard of a character being born a vampire? Kotoyama’s Call of the Night handled such a reveal pretty well, with Ko’s handling of the truth being one of pure understanding and acceptance. Still, there’s tons left to find out about Nazuna’s past, as the eighth volume of Call of the Night begins to peel back the curtain on her life.

But first, in order to start snooping for clues, Ko and Nazuna must place themselves in the last place they ever want to be: school. With the aid of the vampire instructor Niko, Nazuna and Ko begin to infiltrate the hallways for something related to Kyoko, Nazuna’s first human friend. The road to find such answers isn’t easy, as the one who watches over the old school records is a the boy-crazy student Rila, a tall girl in a maid costume. And wouldn’t you know it, she’s got the hots for Ko. 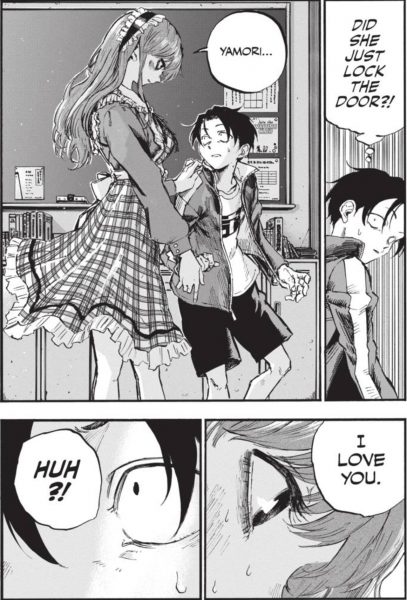 For the sake of the mission, Ko decides to play along and be Rila’s boyfriend, in hopes that she’ll lose interest soon. Sadly, it’s not as easy as can be, as Rila latches onto Ko much to the delight of Nazuna. (Let’s just say she finds the two in a very Clinton-y position!) However, turns out Rila has solid knowledge of all the school journals, including the ones penned by Kyoko. As soon as Ko finds those journals, the real interesting bits start up in this volume of Call of the Night.

I’ll be frank: this flashback to Nazuna and Kyoko can drag a little bit. Granted, there is a lot of interesting things about Kyoko’s life that are revealed, but most of the time you’re just seeing things from Nazuna’s perspective. Sometimes she has all of her attention on Kyoko; other times she seems like she couldn’t care less. Yet when it comes time to see what exactly Kyoko’s father is doing when he’s not home, that’s where the pieces start coming together. 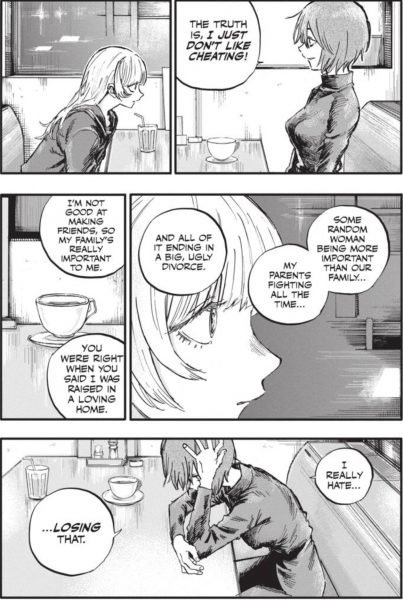 With Nazuna’s newfound love for mystery novels, she and Kyoko scope out what’s going on with the latter’s father. Breaking into his desk, watching him from afar in a cafe, and even chasing him down as he drives far from them delivers some hints that both satisfy and worry Kyoko. She’s worried that he’s having an affair, yet at the same time fears that nothing wrong is happening and that he and her mother are simply drifting apart. However, when Nazuna chases after the father, something collides with her. Another vampire, perhaps?

It leads to a very frank discussion between Kyoko and Nazuna, as the former pours her heart out to her friend. She’s in pain, to the point where she wishes everything would stop in her life. That’s when Nazuna offers up a suggestion, one that could change Kyoko’s viewpoints for either the better or worse. And what she decides…well, we don’t quite know that part yet. 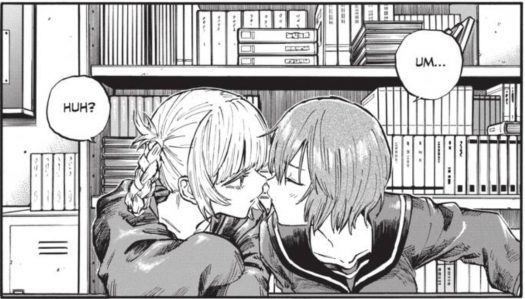 Volume Eight of Call of the Night is something of a slow burn. Although the moments between Kyoko and Nazuna aid in developing its story, it really bides its time getting to the juicier parts. Things start making sense close to its conclusion, leading up to some possible answers to Nazuna’s mysterious past. But for now, we’re only at the halfway point to what Call of the Night really wants to unveil, with hopes that this big mystery will be solved by its next volume.