GAME REVIEW | Pummel With Pride in Fifteenth "King of Fighters" 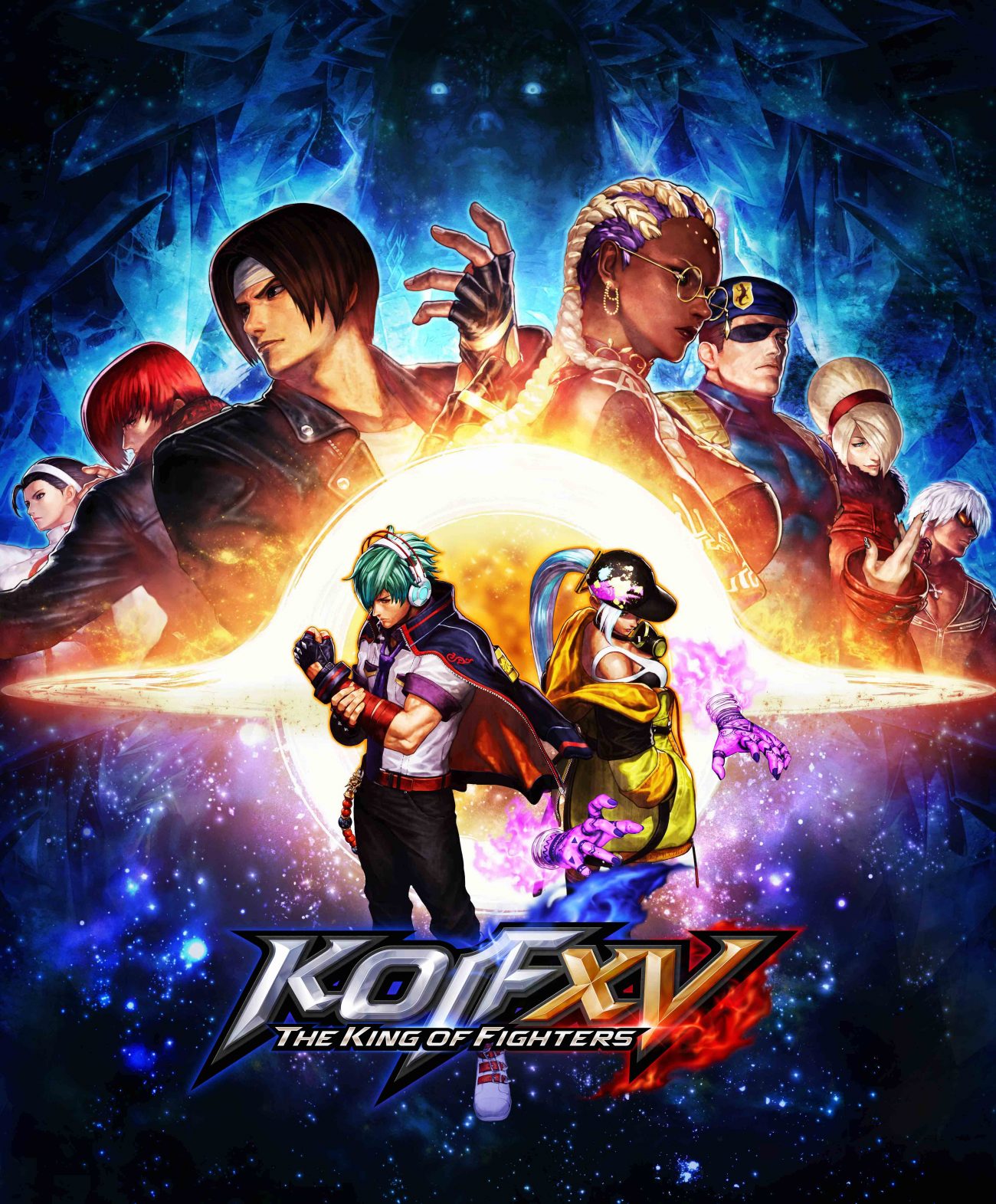 GAME REVIEW | Pummel With Pride in Fifteenth "King of Fighters"

When a fight’s a-calling, there’s only one franchise that can bring it like nobody’s business: The King of Fighters. Sure, Street Fighter and Mortal Kombat have more iconic characters, but this series wrote the book on how to make a proper fighting game. Its fourteenth installment was a much-needed kick in the head to let players know who was boss of these parts! Now nearly six years later, can The King of Fighters XV keep its crown?

Taking place years after the defeat of Verse, The King of Fighters XV has teams of three competing in the next big competition. Antonov has long retired from his top position, with new commissioner Anastasia sending out invites to every worthy combatant. But as the battles wage on, a familiar foe is itching to make their presence known. As a team is crowned victorious, something wicked their way comes! 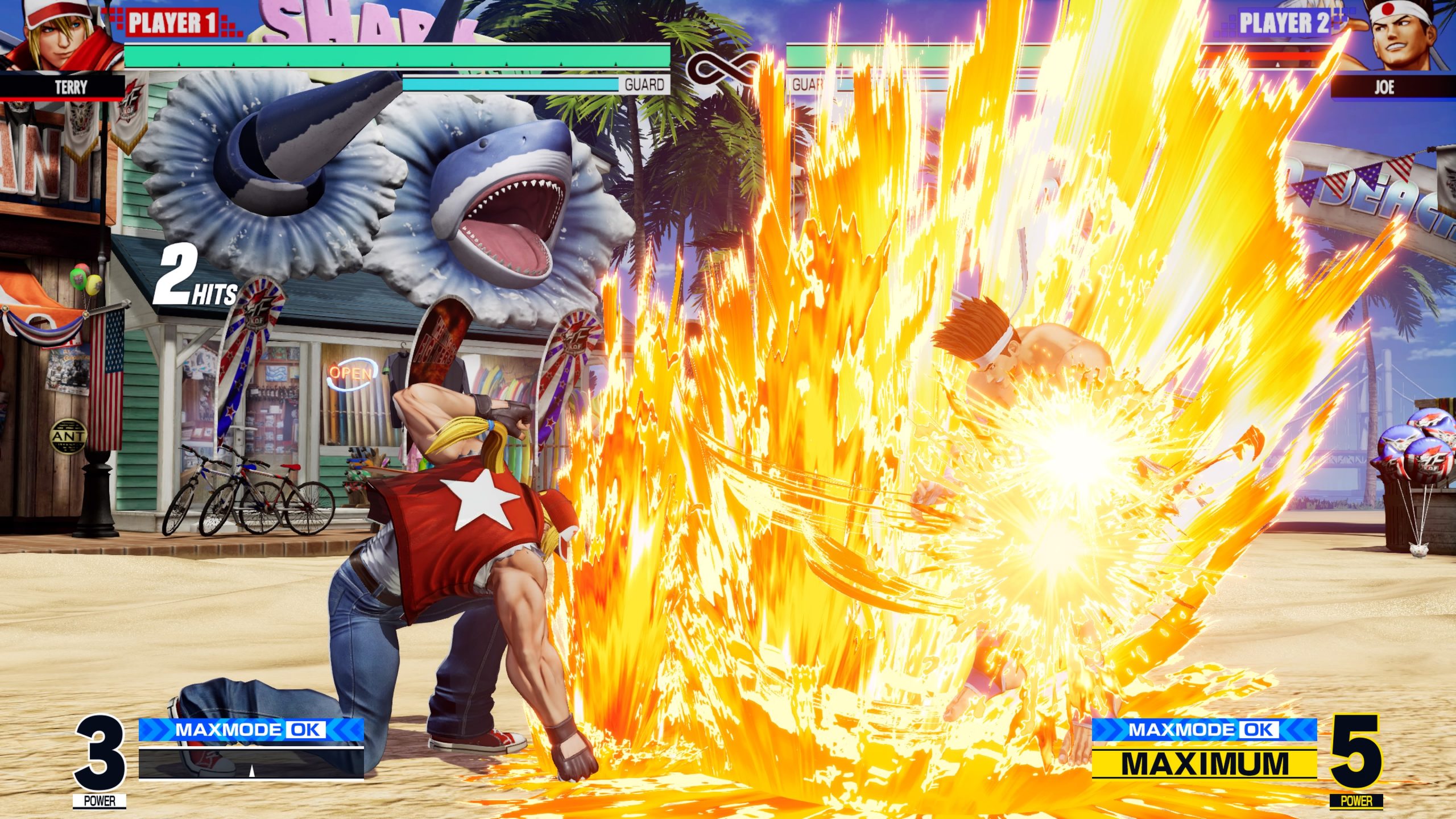 Like in past incarnations, players make a team of three to compete, be it an official crew or their own custom. (Singles fights are also available, but only offline.) Mainline, Fatal Fury, Art of Fighting, and other SNK faves are available to play as, with their mixtures of fighting styles and skills meshing surprisingly well with one another. But just as it was in other King of Fighters games, it’s best to train one’s self before stepping into any stage.

No matter how many other games in this series you’ve played in the past, it’s always wise to go into the tutorial section. Not only does it do wonders with ridding the dust from your fighting fingertips, but it helps to take notice of any changes to the mechanics. Some things you may learn are standard, but it’s the more complex ones that’ll take you a good amount of time to master. Even if you think you might know how to initiate a super attack, it’s best to double-check those skills before you put them to the test. 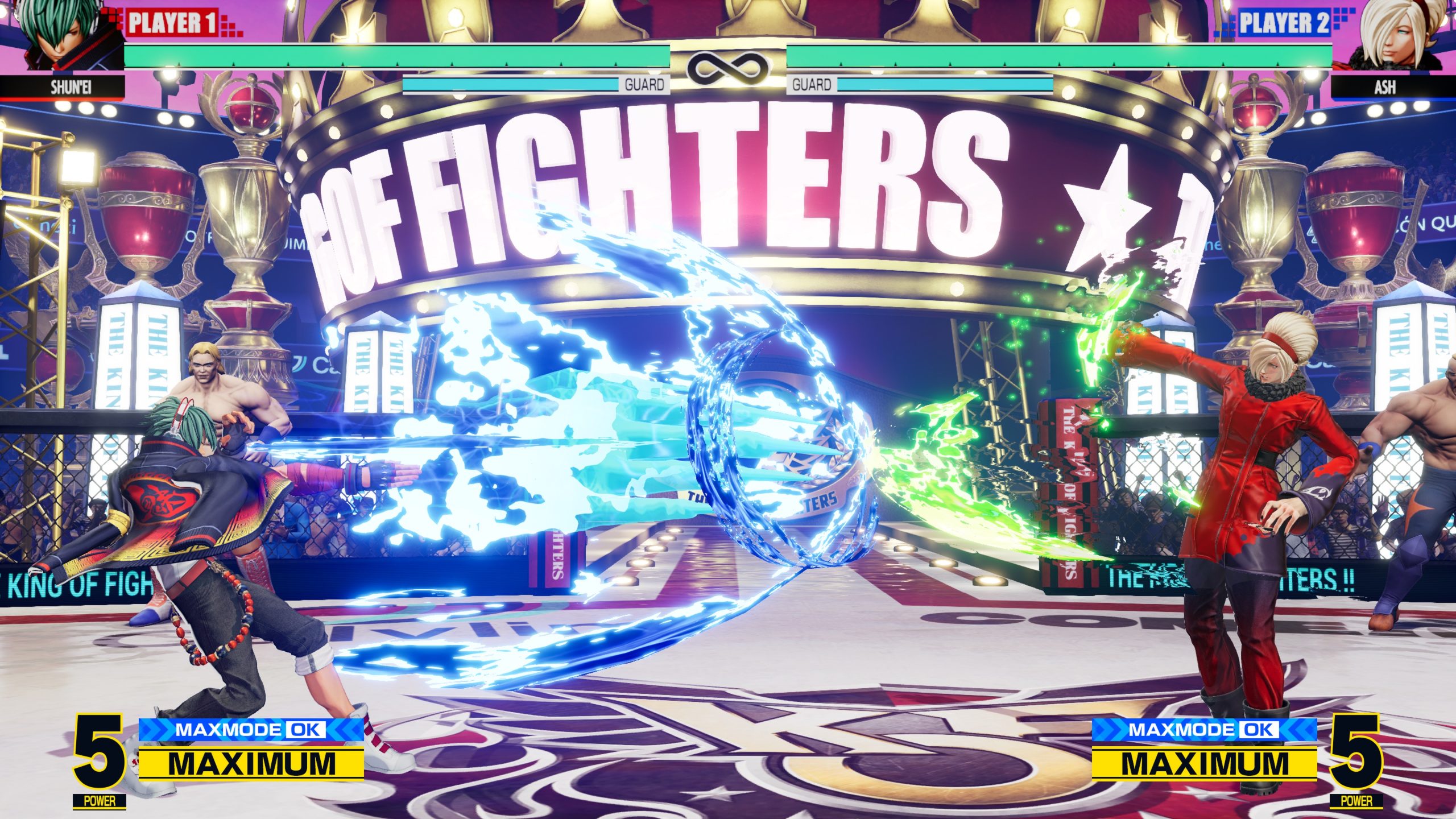 And once you do, that’s when The King of Fighters XV will wow you! No matter who you choose to fight with, you’ll get yourself an impressive amount of whoop-ass that either you or your opponent will deliver. From Kyo Kusunagi’s 182 Shiki and Terry Bogard’s Buster Wolf to King’s Silent Flash and Athena’s Psycho Shoot, everything is presented with enough power to nearly blow your subwoofers to kingdom come! Even when you mix teams up, one will easily find a good combination that will gain them the proper victory.

One thing I have noticed with this incarnation of The King of Fighters is how much more challenging the AI can be. I’ve recall having a much easier time in the previous game dealing with the characters in the story mode. Here, even on the lowest of settings, the AI keeps you on your toes at all times. Despite me nearly depleting the opponent’s health bar in either the 2 or 3 setting, there were times where they’ll suddenly pull some new trick and leave my character unconscious on the ground! 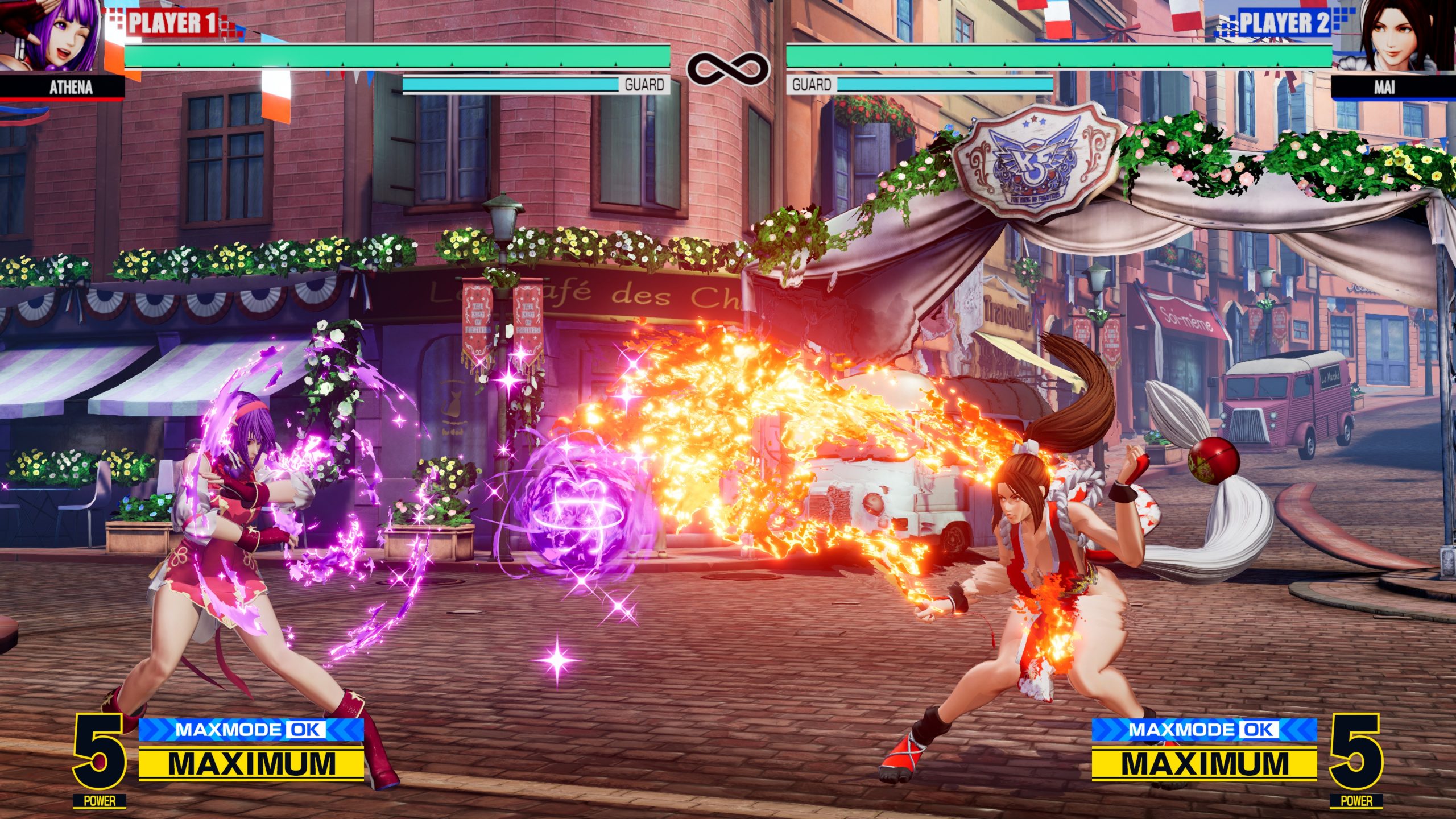 Honestly, I appreciate it when the game does this, even if it gives me the gripes. Because the real fights occur on the Online Mode, and you never know what kind of person you’ll be going up against. Whether ranked or casual, one cannot predict the strategy that your opponent will unleash. (I took on someone two levels lower than me, and they wound up taking me to school in less than a minute flat!) There's barely any lag to be found, making for a smooth online experience overall.

Fortunately, it’s easy to train yourself for the bigger fights thanks to its controls. Playing with the DualShock 4 makes it surprisingly simple to memorize fight patterns and combos, with the usage of the L & R buttons also giving you a better chance of landing a good hit. Even if you are the button-masher like I am when playing fighting games, getting solid punches, kicks, and special attacks can be both manageable and euphoric if they connect at the right moment! It may not hold your hand, but The King of Fighters XV at least lets anyone test their might no matter how much experience they have. 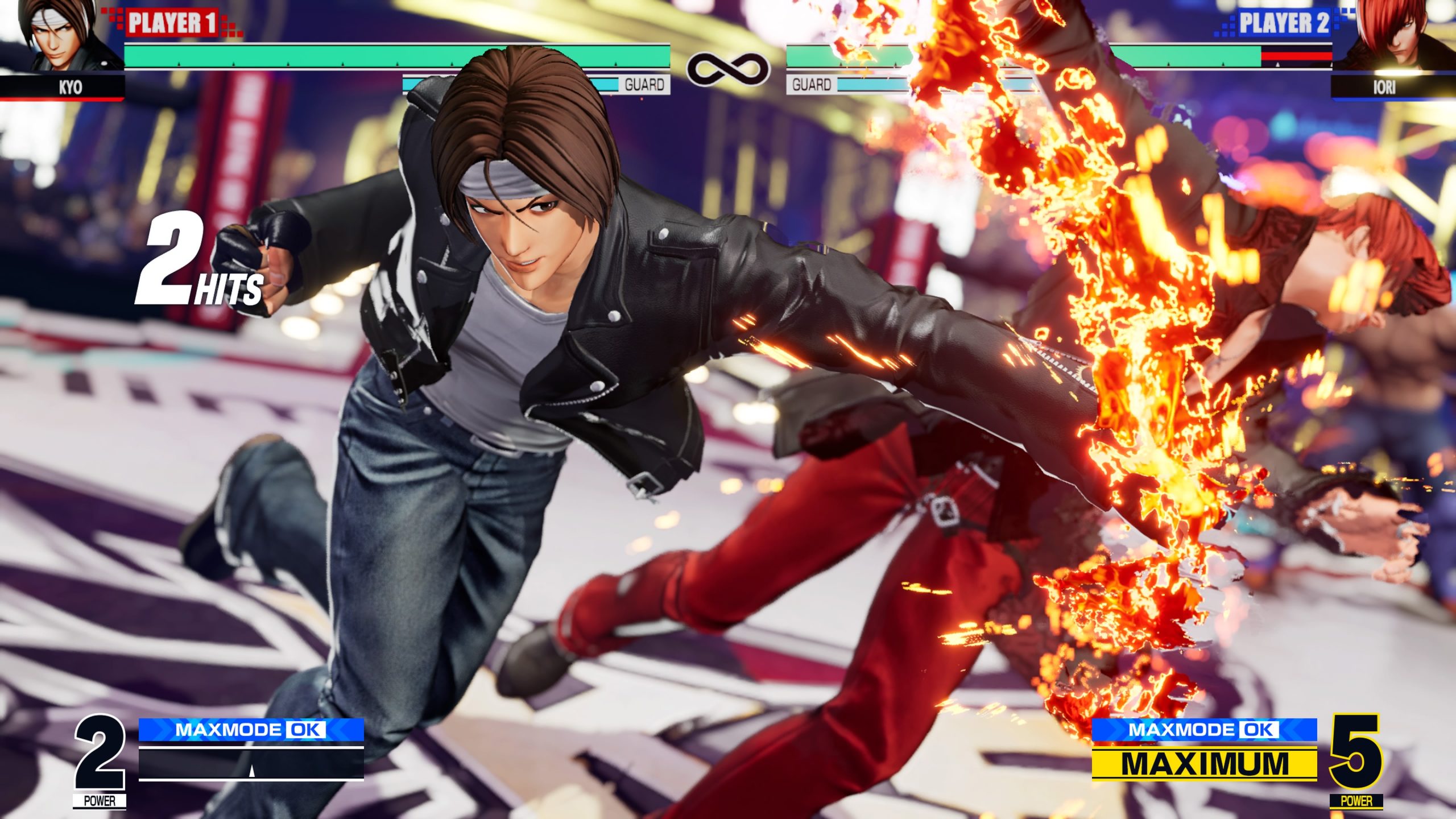 Visually, this game is a beaut to watch! Using the Unreal 4 Engine, the characters brim with vibrant personality and attitude. The punches, throws, and special attacks are captured with fluid gorgeousness, even if you don’t see something as detailed as body/clothing damage. It’s also hard not to be distracted by the details of stages you fight on, be it the tribal drum players at Pao Pao Cafe, the stray cats in Provence Main Street, or the decay of the Abandoned Theme Park.

However, despite all of the great things The Kings of Fighters XV does, there are a couple of aspects that keep it from being a slam dunk like its predecessor. The fighter quantity is slightly lower, while its story mode lacks the excitement found in the previous campaign. There will be more fighters added later on via paid DLC, so those who stick around long enough may see its roster grow to a similarly-sized one as before.

The King of Fighters XV is a gorgeous, balls-to-the-wall fighter, one worthy of any and every tournament. Even with its so-so narrative and lower-than-usual roster, what is present here is an experience that your eyes, ears, and fingers will gladly embark on. Until a formidable opponent shows its head, you can keep on placing The King of Fighters on the highest pedestal that you’ve got!

Promotional consideration provided by Colby Tortorici of Tinsley PR. Reviewed on the PS4.