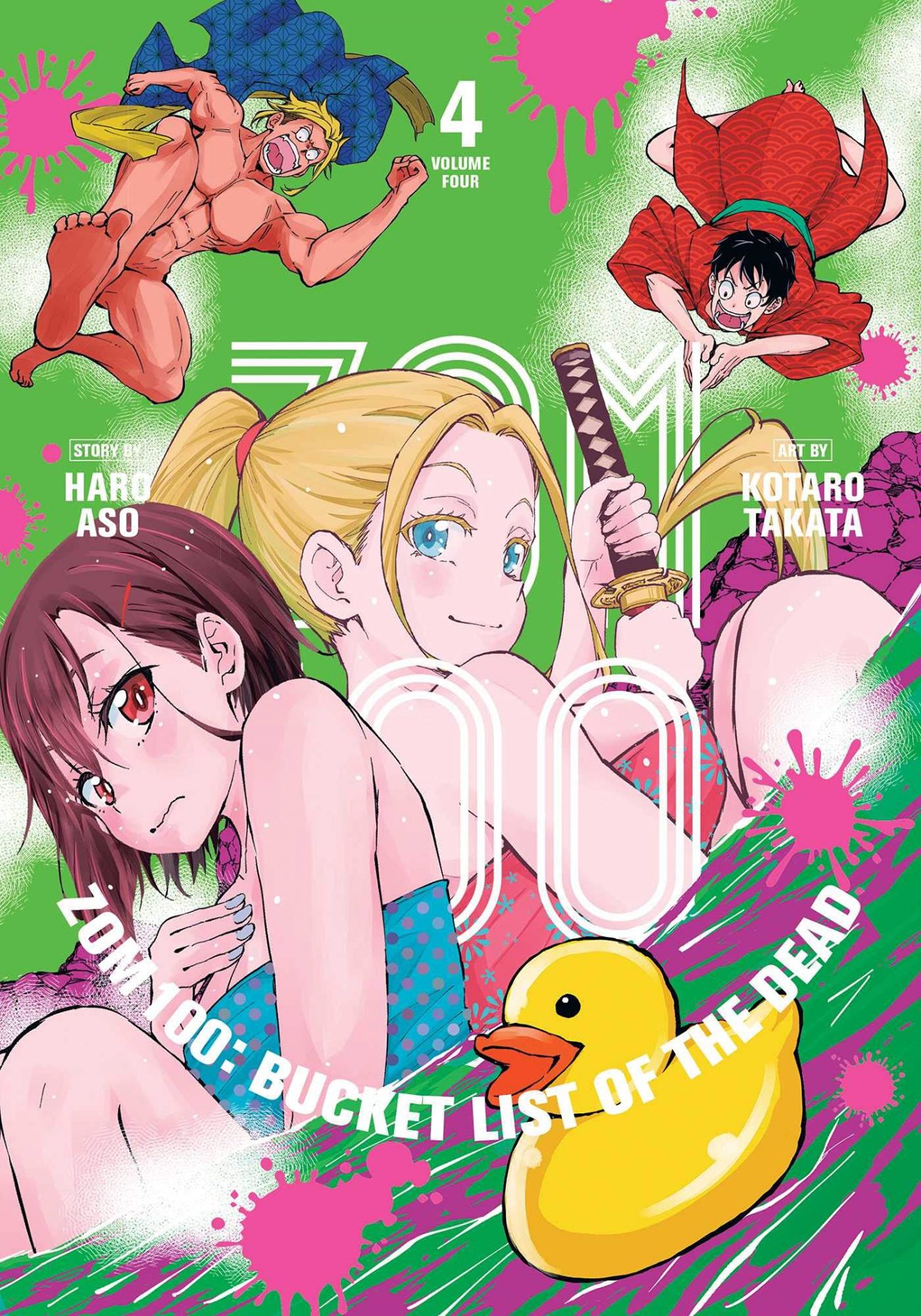 Even during the end of the world, people still need to take a break. Whether it’s a trip to a fancy restaurant, a dip in the hot springs, or a visit to the countryside, any person experiencing dire situations deserves a breather. Zom 100: Bucket List of the Dead showcases this aspect strongly in its fourth volume, as Akira, Kenichiro, and Shizuka fight their way towards relaxation. And with armies of the undead in their way, the pathway to tranquility is paved with many a speed bump.

After his run-in with his former boss in Volume Three, it was apparent that Akira needed a vacation. That all comes to fruition, with the aid of new friend Beatrix, a German with a love for Japanese culture. Their quest brings them to seek the last living maker of Grade-A sushi, a working (and zombie-free) hot springs, and even a treehouse in the middle of the woods. But towards the end of this trip, Akira comes face-to-face with two faces he thought he’d never see again: his parents. 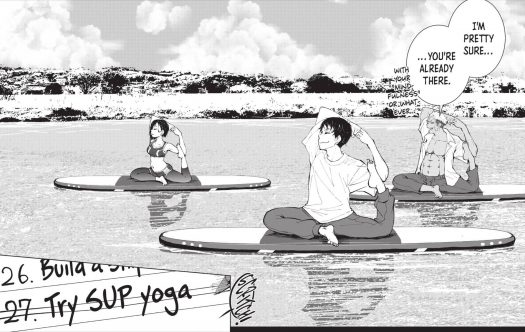 One of the things this volume of Zom 100 does well is showcase the hardships of trying to relax. In the real world, attempting to chill is a lot harder than getting actual work done. Watching as our now-four heroes try to enjoy life here is not just funny, it’s also downright relatable! But also imagine the challenge it must be to seek a moment of relaxation when zombies are around just about every corner!

However, this volume shines not just for its humor, but also its heart. This is demonstrated well when Akira helps an elderly person build a treehouse in the woods. What starts as a fun way to cross another thing off his list turns into a story of a regretful parent trying to keep a promise to their child, even when the kid is no longer around to appreciate it. It’s a moment that makes Akira eager to see his parents again, with their situation unknown until the volume’s final chapter. 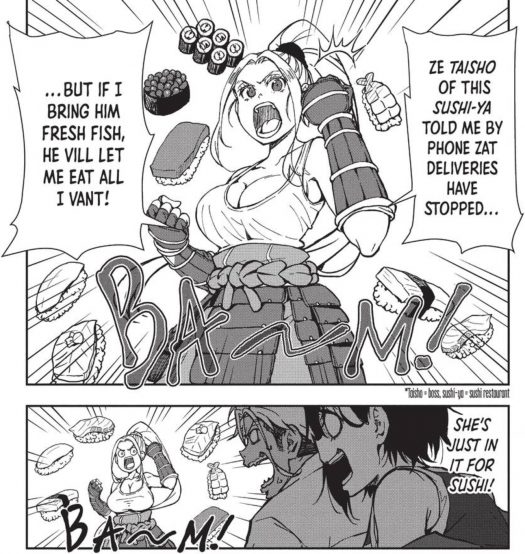 There’s also some good character development between Akira and Shizuka, with the former loner opening up to the list-maker in a hot springs. Shizuka’s past was on display in the last volume, but the way she opens up about it here showcases her desire to be a better person. Yes, it’s a moment that could hint at a relationship between her and Akira, but for now, it’s nice seeing a formerly cold person finally warming up to her company.

Volume Four of Zom 100: Bucket List of the Dead demonstrates the necessity of letting one’s hair down, even when the world’s falling apart around them. As the volume ends, it becomes clear that the good times are about to come to an end. What should be a safe haven for Akira and his crew is about to be shaken up in the worst possible way. Thankfully, they’ve made a new friend on their journey that can more than likely help take care of this oncoming issue in the most badass of ways! 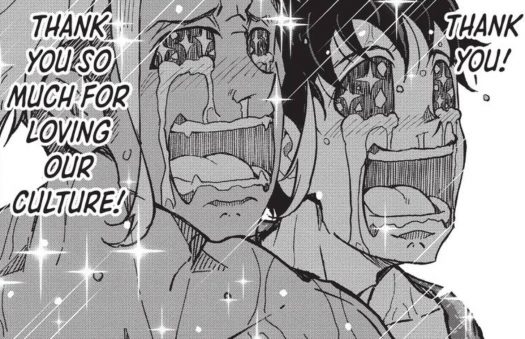