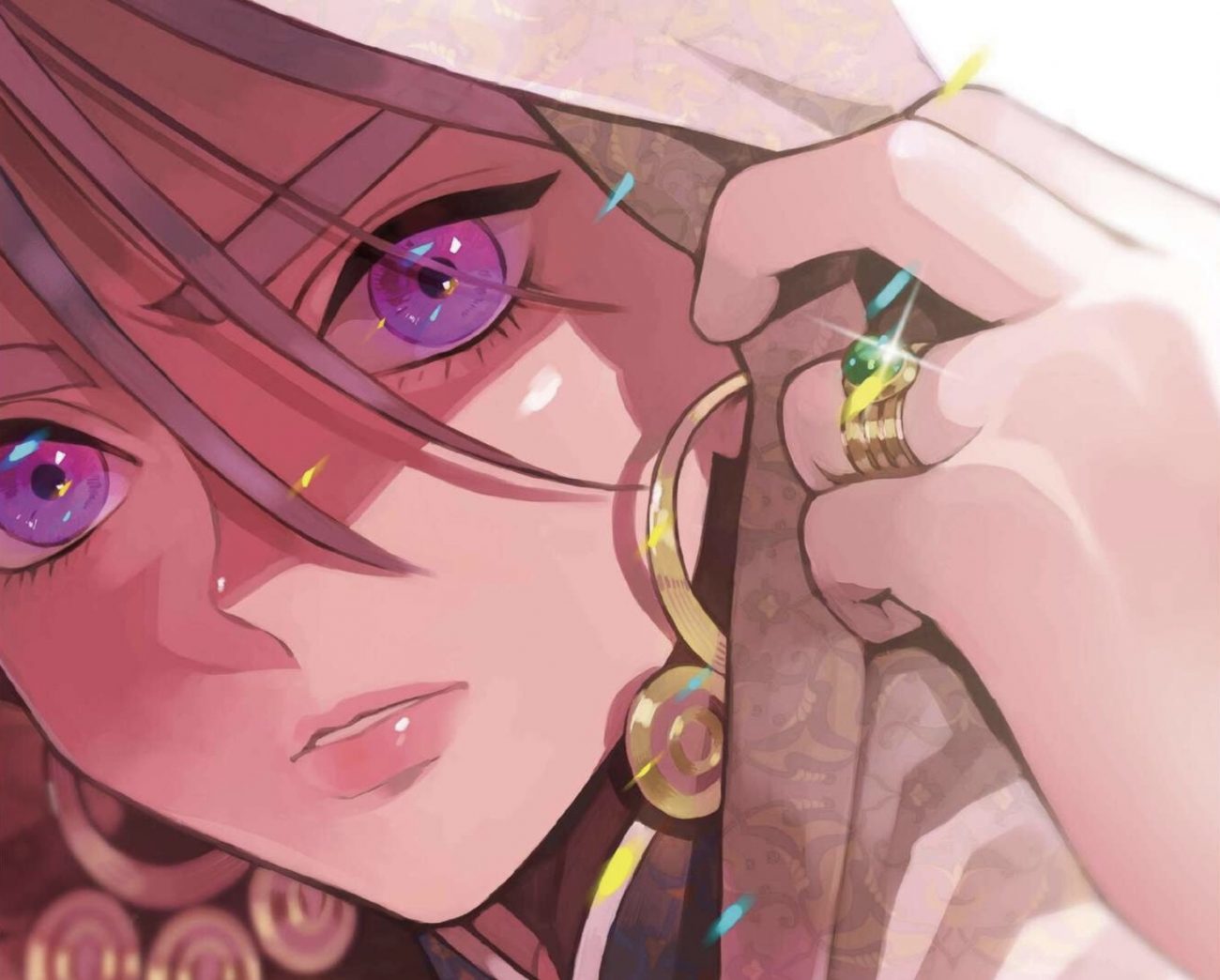 I enjoy being catered to. Who doesn’t? The BL genre, to my endless delight, does that for me to the nth degree. No matter the type of story I’m in the mood for - be that historical drama, or modern vampire character study - I know there’s a gay little version of it out there just waiting for me to dig in. When it comes to yaoi, the sky’s the limit for indulgent premises - you name it, and it exists.

So one understands my frustration when I find the perfect story to read online…and it's unavailable officially. While mainstream manga publishers like Seven Seas Entertainment and Tokyopop have made a major push in recent years to get more LGBTQ+ series into the hands of eager English audiences, more risque, underrated, or thematically dark BL/yaoi works have consistently slipped under their radar.

Those are usually my favorite ones! I want to give my favorite creators their dues, damnit, and more importantly, my money.

Thankfully, Animate International is here help me to do exactly that. While predominantly known for their distribution of anime and videogame themed merch directly from Japan to the West, Animate barreled onto Twitter last month announcing their sudden intent to begin “bringing [English readers] officially licensed manga translations digitally,” with a heavy focus on BL and yaoi titles. Say what you will about digital-only media, but not having to deal with printers means they can distribute more salacious content far easier than other publishers. I, of course, was thrilled with this unexpected, but welcome declaration - a feeling that blossomed into rabid excitement when they revealed their debut releases: Lala’s Married Life, and Kabukicho Bad Trip. 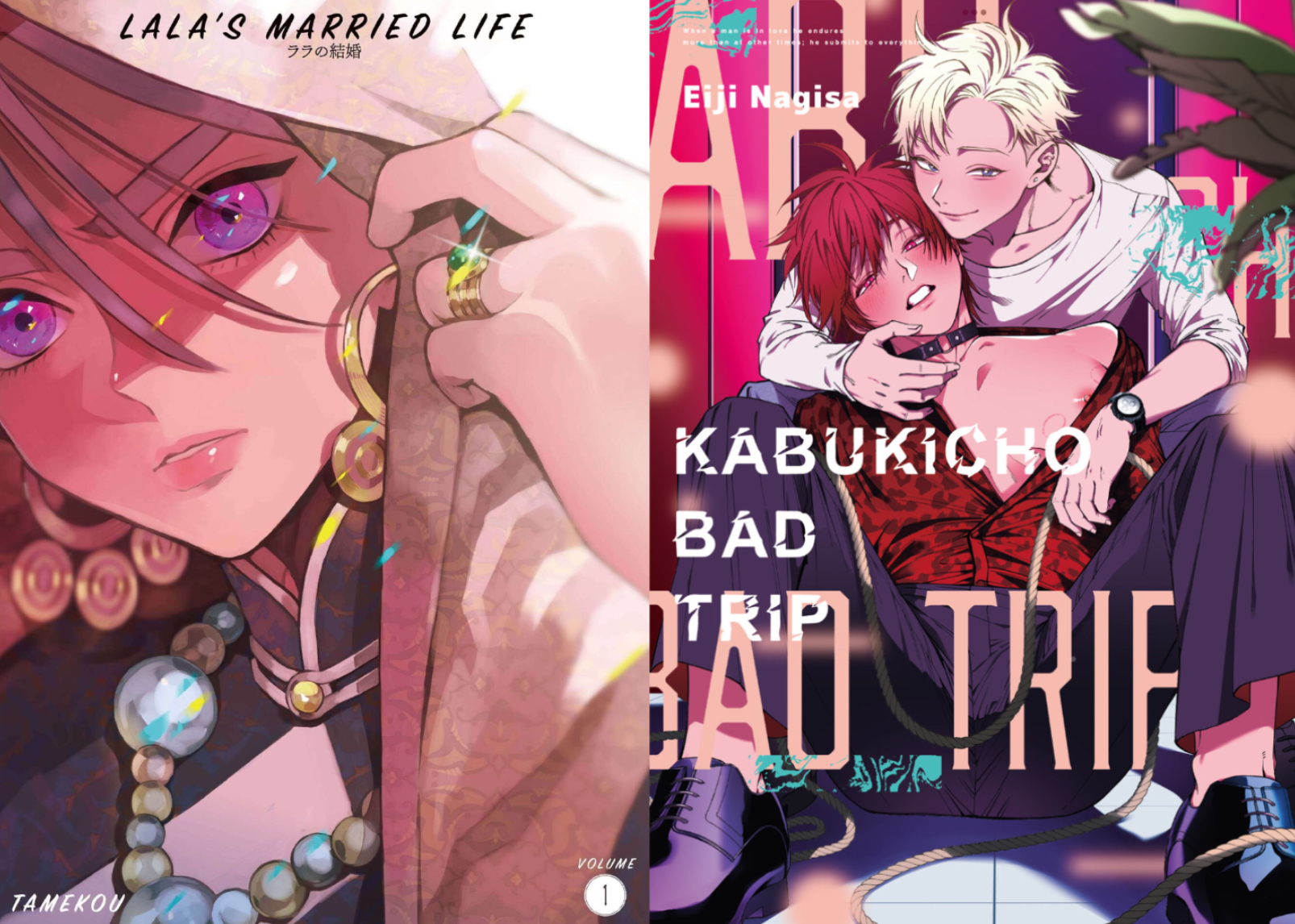 I’ve known about both titles for quite some time, but never had a convenient way to read them - until now. I plan to cover Kabukicho at a later date - but for now, we’re focusing on Lala’s Married Life: a story about love at first sight, crossdressing, and twins - oh my!

Before going any further, it needs be remarked: these are both adult series: themes of sex, drugs, and abuse are explicitly present in both, so if fictional depictions of any of that isn’t your jam, then neither of these manga are for you. Got it? Good.

For everyone else, let’s dive in!

Lala’s Married Life is a historical-themed Boys Love erotica manga first published in Japan back in 2017, written and illustrated by Tamekou, best known for their ongoing series My Androgynous Boyfriend (localized by Seven Seas Entertainment in 2020). It follows the tale of Ramdane, a man who switches places with his identical twin sister, Lala, during her arranged marriage ceremony, with plans to stall Lala’s would-be husband, Wolsey, long enough for her to elope with a secret lover. Things get complicated, however, when Ramdane fails to kill Wolsey on their wedding night, and the man reveals he knew about their ruse all along - and wanted to marry Ramdane from the start! 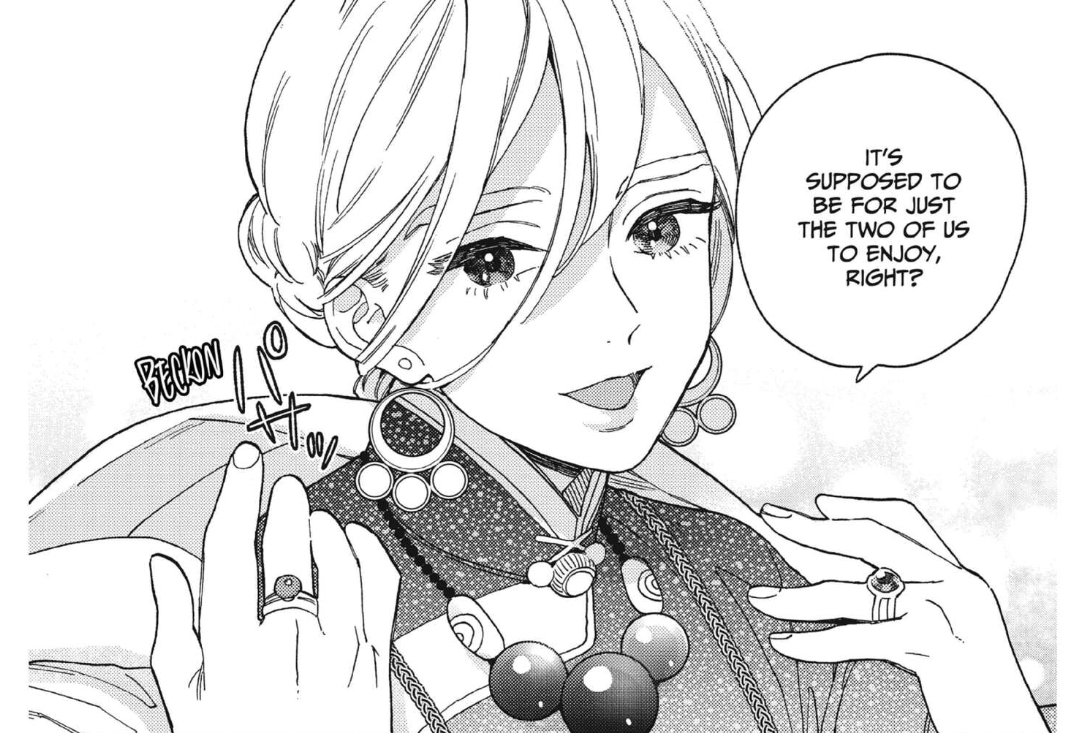 With his sister’s safety and the economic state of his village on the line, Ramdane must find a way to navigate his new life as “Lala,” and all the trials and tribulations hiding his gender from the public, and dealing with Wolsey’s physical advances and intense declarations of love, brings.

Tamekou’s art is gorgeous. Their lines and inks are thin and simple, but there’s an elegance to that simplicity that demonstrates Tamekou’s strong technical knowledge of anatomy and visual design. Clothing and jewelry are drawn with intricate levels of detail that imparts a true feeling of weight whenever they’re worn (or removed) by all characters. Gone are the days when yaoi was the butt of many a joke in the art community; the bygone era of giant hands and absurdly pointy chins is behind us. Lala’s Married Life is a very pretty manga - and those compliments extend to its exotic scenes as well. 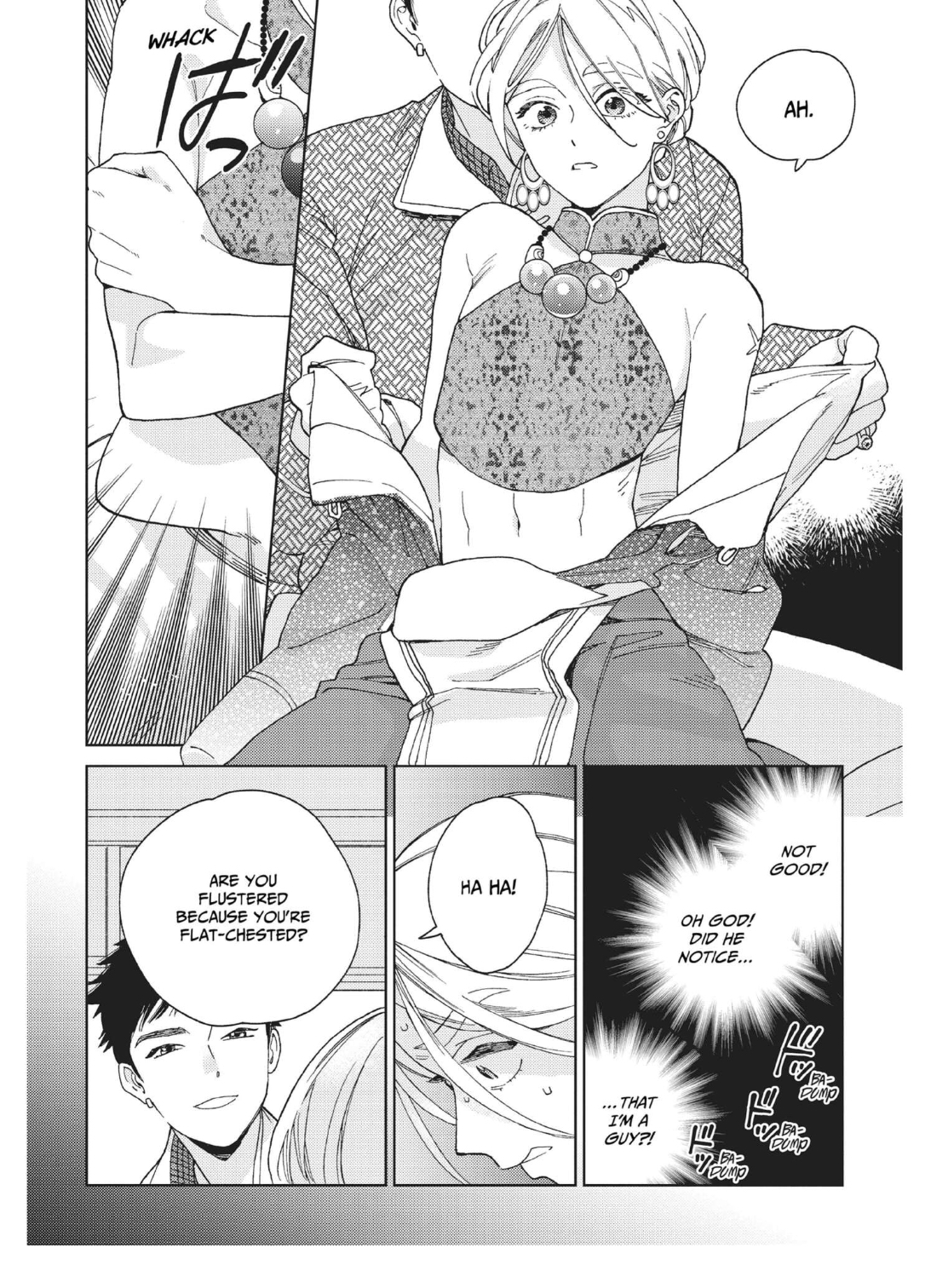 To be frank, there’s a lot of sex in this volume - depending on your metric, nearly half its one hundred and ninety two pages are explicit in some way, but - to my surprise - said scenes rarely felt gratuitous. Tamekou isn’t afraid to mix up composition, setting, and *ahem* positionings, so every scene feels unique. Couple that with the many feminine outfits Ramdane is dressed in, and Lala’s Married Life is, if nothing else, a treat for the eye.

Which leads me to where this volume stumbles: Ramdane and Wolsey as characters. Or rather, as a couple. Their relationship is as one-sided as it comes. While this leads to plenty of juicy drama, it's also somewhat repetitive and annoying, rather than charming, to watch the two constantly butt heads.

They met as children, and Wolsey fell in love with Ramdane from the word go. Ramdane doesn't care for Wolsey one way or another - seeing him only as an obstacle to his sister’s happiness. Predictably, their relationship is off to a rough start, especially when Wolsey drugs Ramdane during their wedding consummation to thwart his initial assassination attempt. It's only after Wolsey points out that should they divorce, or Ramdane’s identity be revealed, not only will that bring repercussions upon Lala, but also break the lucrative trading agreement their union brokered between their families. Wolsey is the heir to a successful trading company, and Ramdane’s village a dwindling salt mining community on the edge of economic collapse. 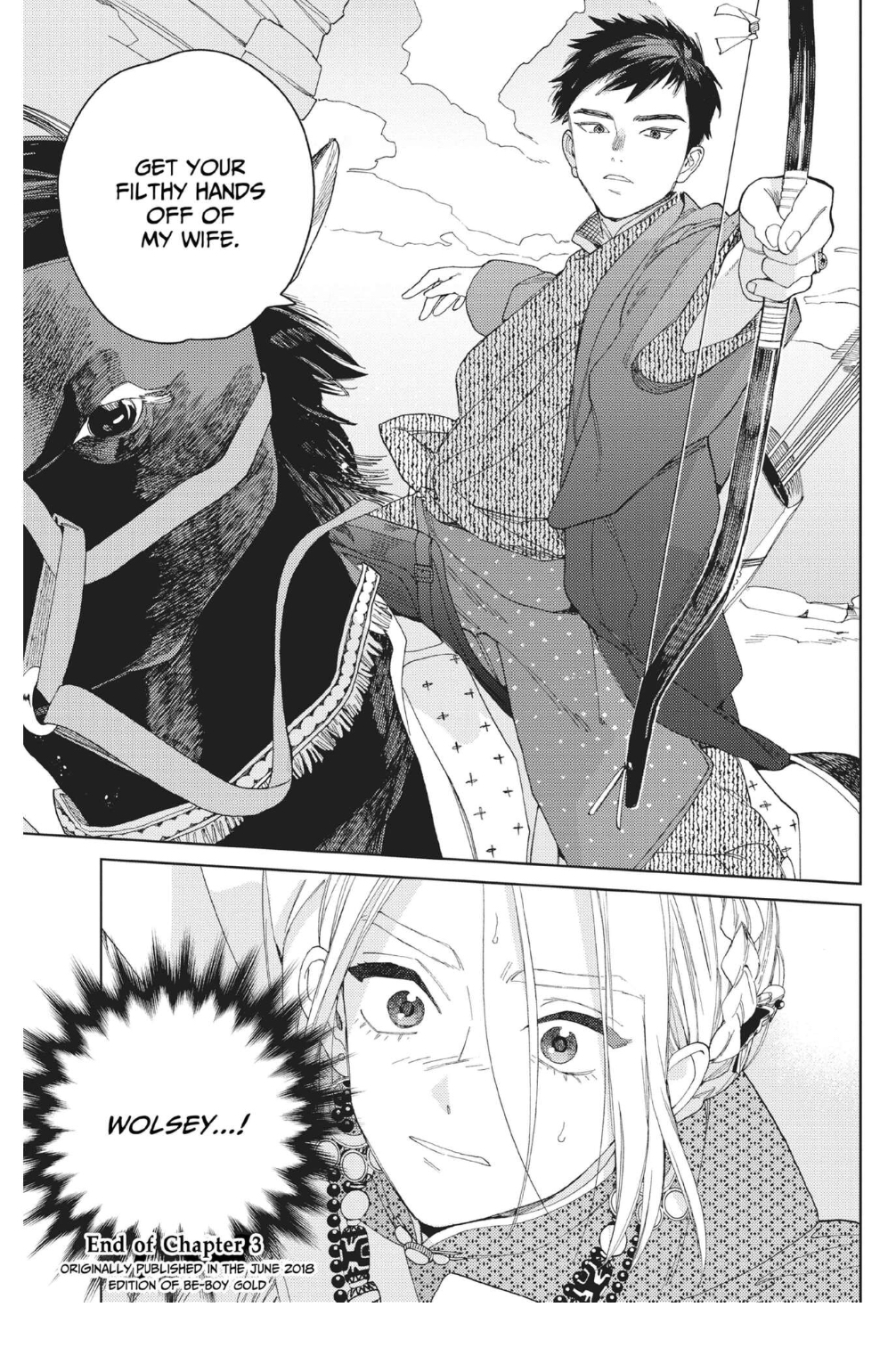 There's a strong power imbalance at play that Wolsey isn’t hesitant to bring up to keep Ramdane compliant. However, this is always framed in a negative light, and Ramdane regularly calls him out on his possessive and jealous nature.

To be clear, outside of the dubious nature of some of their couplings, Wolsey isn’t physically abusive or violent toward Ramdane - in fact, his internal dialog exposes a deep devotion and admiration for Randame’s resilience as a person. While Ramdane’s beauty is often remarked upon, Wolsey is the only person to verbally admire his kindness and self-confidence. I found these moments sweet, and there’s a particularly cathartic scene near the end of this volume in which Wolsey urges Ramdane to vent his anger at his situation. Ramdane lashes out physically, but Wolsey makes no move to stop him, leading to a moderate injury and the two finally beginning to talk on equal footing.

I wish there had been more of these moments of compromise and connection, because as it stands, the icy relationship between the two is only barely beginning to thaw by the end of this volume. 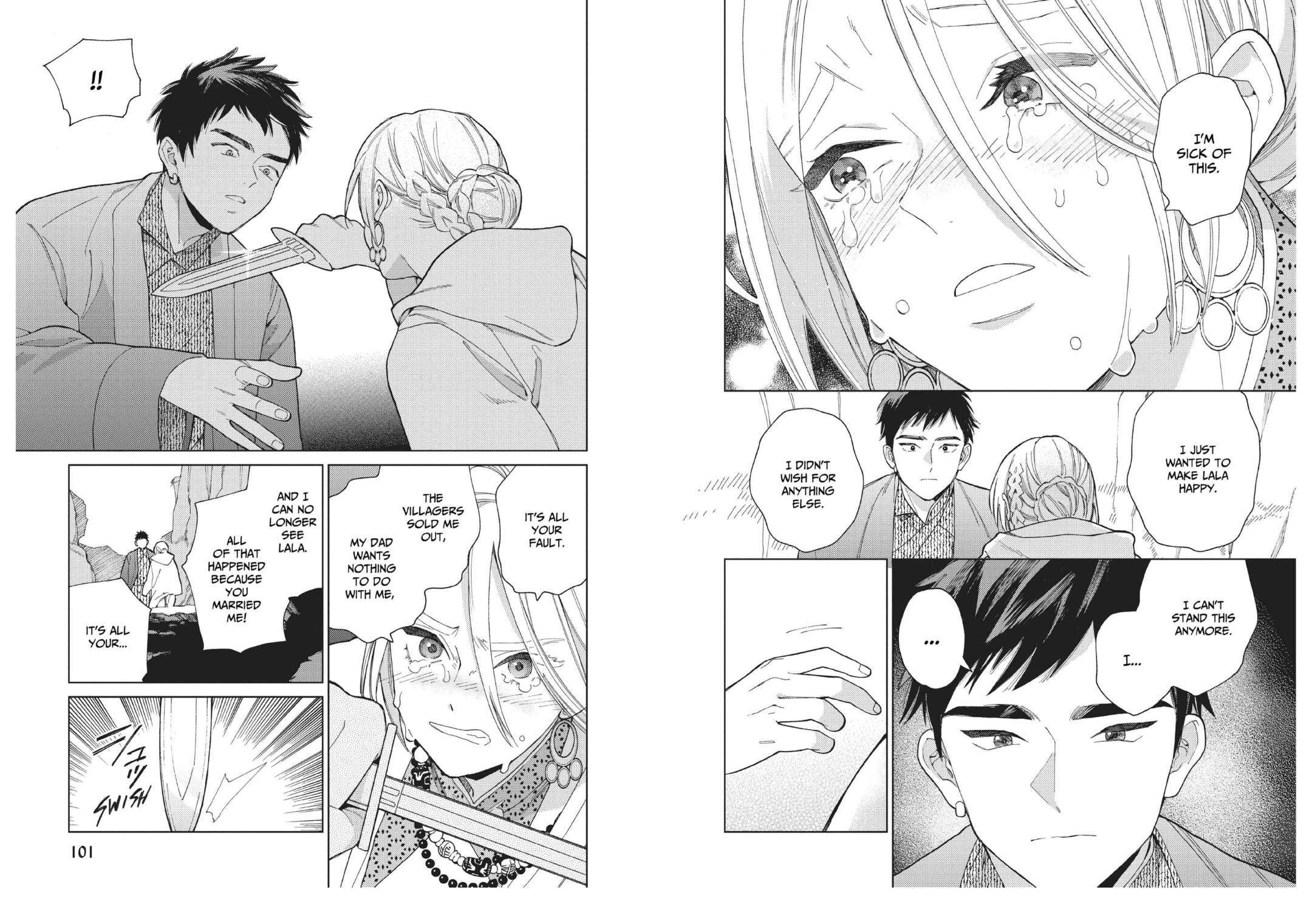 There are intricacies to their dynamic that I'd love to see further explored: for example, Ramdane expresses envy toward Wolsey's masculine physique and features, lamenting his own feminine attributes in turn. There's some talk of gender identity and its role their society, but make no mistake, Ramdane isn't a trans or nonbinary character. His crossdressing is a means to end - at least in this volume. Time will tell if Tamekou decides to take this manga in that direction, as themes of gender expression and sexuality are front and center in My Androgynous Boyfriend.

They may just have a thing for angsty pretty boys in pretty clothes, though. (Not that I’m complaining.)

Of course, there’s a lot of set up for future conflicts outside the two’s bickering: Wolsey’s father is blatantly misogynistic and puts pressure on the couple to have children as soon as possible, while Ramdane’s father reveals he and his sister were adopted, having been found abandoned as infants, possibly hinting toward their true parentage’s later importance. Wolsey’s promiscuous older brother and Ramdane’s childhood friend (who’s implied to have feelings for him) each have brief appearances setting them up to cause some much-needed external conflict later down the line. 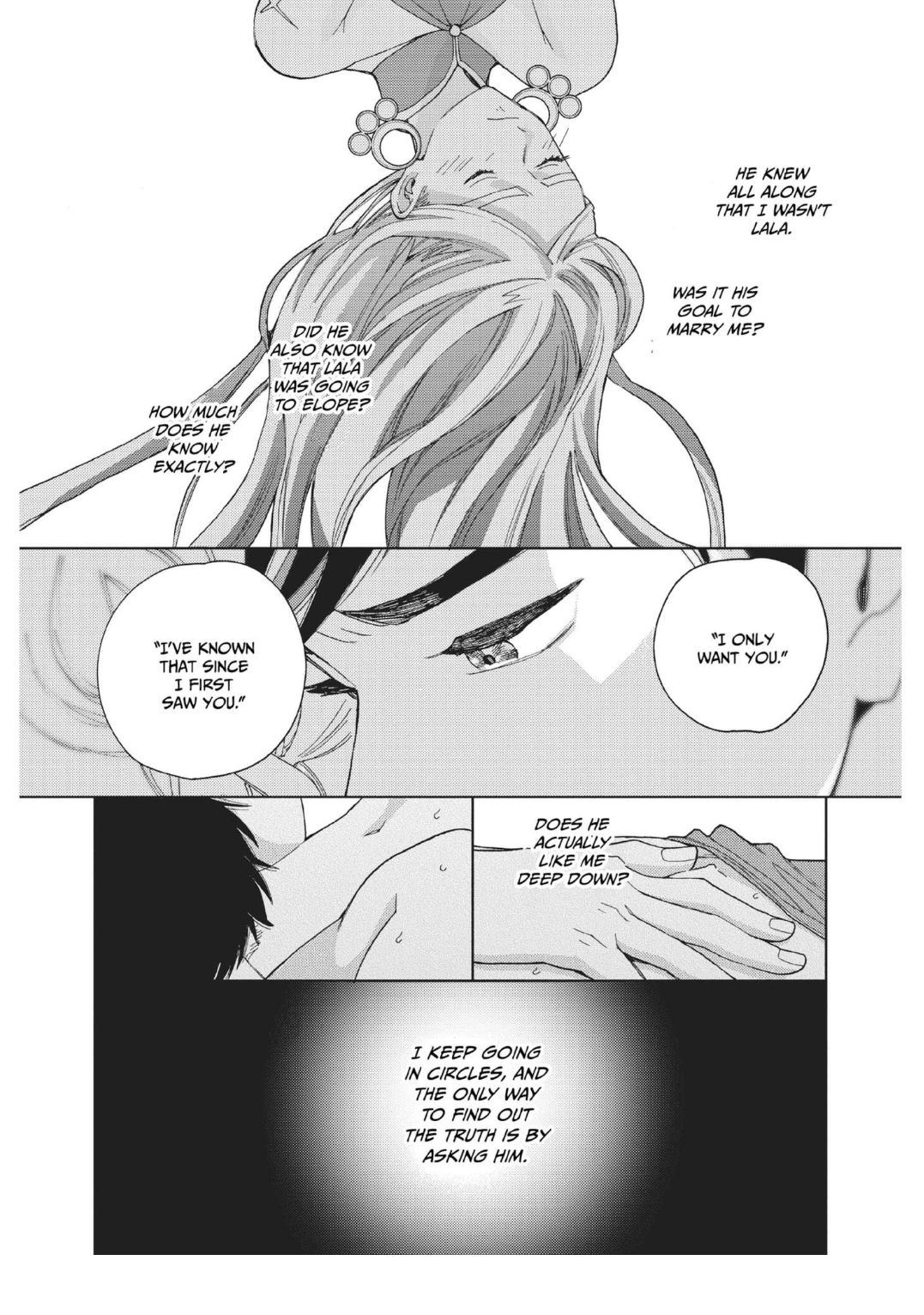 Ultimately, Lala’s Married Life does enough right to have me on the lookout for volume two. Its elements of erotica are tantalizing and its premise engaging, even if its characters failed to endear me as much as intended. If all you’re after is a vehicle for smut, then I recommend it wholeheartedly. If you want something with a bit more depth, then know that Lala’s Married Life sets some decent groundwork for things to come. If its premise is enough to entice you, then it's worth checking out. I urge BL fans to give it a chance and support Animate's effort to bring high-quality, official translations of such works to English audiences.