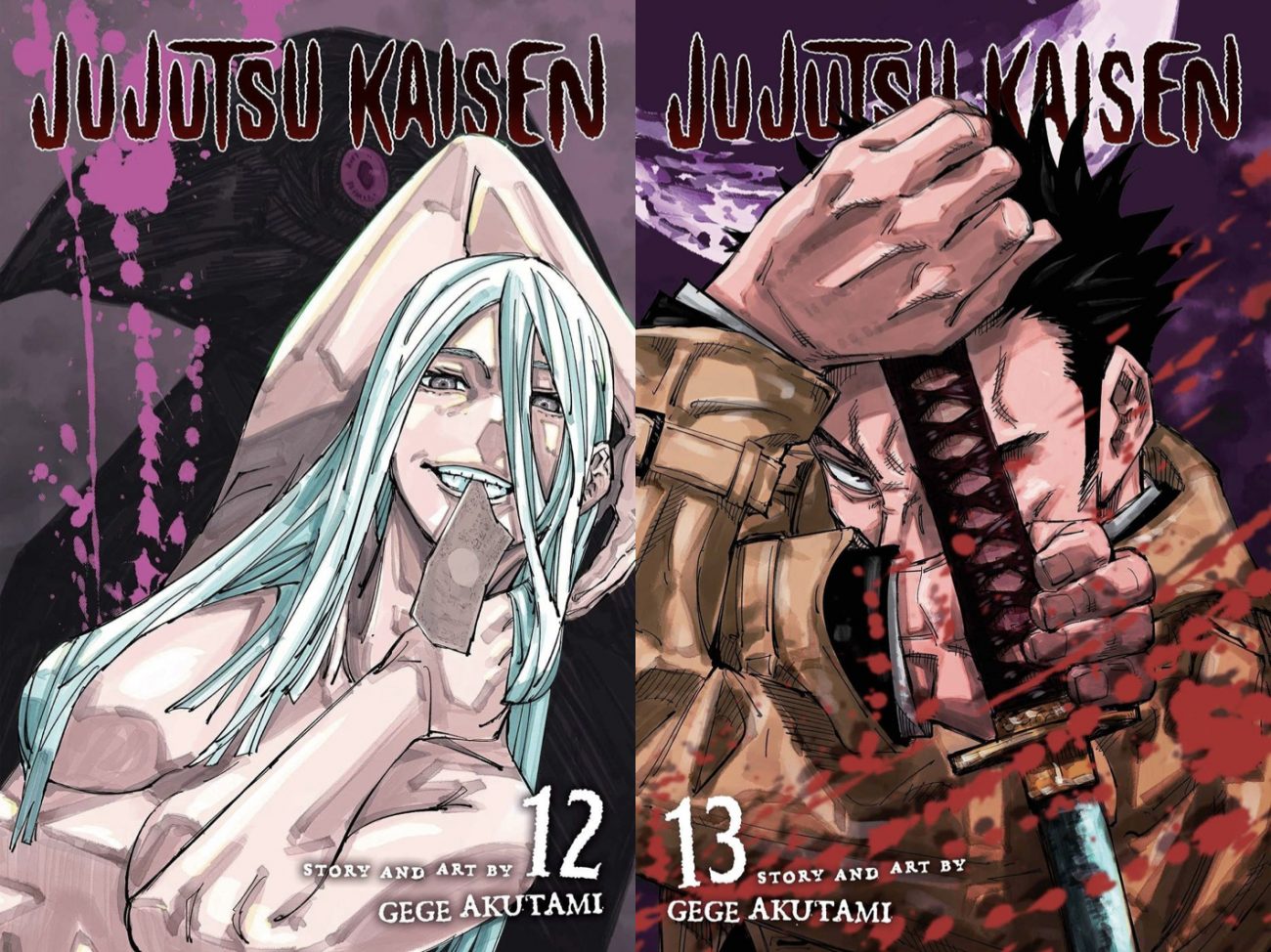 Awhile back, I attended a taping of All Elite Wrestling. For four hours, I was presented with amazing action, fun spectacles, and pretty much got my money’s worth. However, even with all of that excitement, it left me exhausted. Despite wanting to see what happens, a part of me just wanted it to end! This feeling is exactly what I’m experiencing with “The Shibuya Incident” arc in Jujutsu Kaisen.

Taking up the entirety of its twelfth & thirteenth volumes (and still not finishing), Itadori, Fushiguro, and the rest of the Jujutsu High students continue to battle against cursed spirits in Shibuya Station. Gojo is still trapped, and many innocent lives have already been taken. As the clock continues to tick down on Halloween, Itadori and the gang must eliminate every threat that stands to cause chaos. And to do so, they must do what they do best: fight with every fiber in their body! 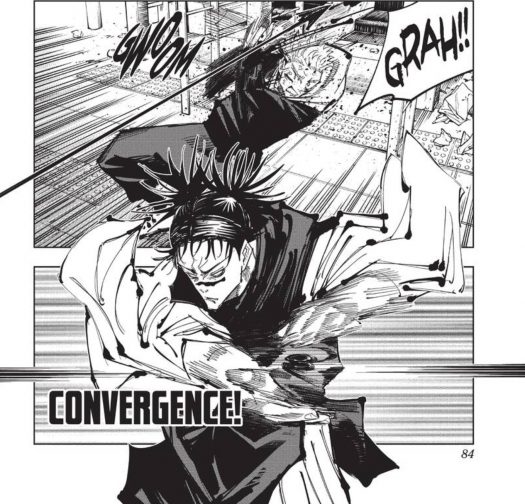 Now that Itadori knows where Gojo is being held captured, he sets out to attempt to free him. With Mechamaru on his side, Gojo faces off with a powerful blood user that makes him second-guess every move that’s being tossed. Fortunately, Mechamaru knows a delightful little secret that will give Itadori the upper hand. However, even with that knowledge, getting a win against the enemy still isn’t a walk in the park.

But yet, even with these fights happening, I can’t help but feel somewhat tired of “The Shibuya Incident”. I understand that a good fight needs a lot of time to truly blossom into a work of art, but there’s watering the garden and then there’s beaming a flaming hot sun on it until the life starts to shrivel up. And that’s where Jujutsu Kaisen is having its problems: there’s too much beaming, and not enough moisture to keep the action from drying up. As such, author Gege Akutami is taking far too long to reach a conclusion that should’ve already happened! 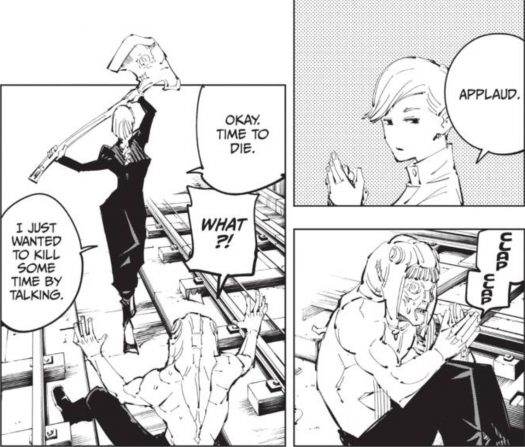 With that being said, Volume Thirteen of Jujutsu Kaisen has moments that bring my interest back to the series. The battle with Dagon, which opens a gateway to a seemingly island paradise has some stunning visuals. It brings an electricity to the atmosphere that Volume Twelve seemed to be lacking. But as this fight goes on a knocked-out Itadori is about to be force-fed nearly a dozen of Sukuna’s fingers at once.

The moment Sukuna awakens, that’s when the entire tone of this arc changes. As the most feared entity makes his return, his actions become a dangerous display of power. Sukuna’s words are strong, but what he’s able to bring to a fight is straight-up scary! As he fights one of the tougher cursed spirits around, his mentality is a lot more playful than serious. Because of this, it becomes apparent that even when he’s not in the zone, Sukuna can deliver a frightful amount of strength that nearly no human can counter! 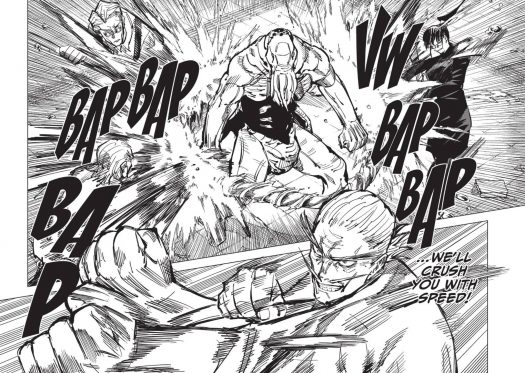 While the twelfth volume of Jujutsu Kaisen goes overboard with the action, its thirteenth volume makes up for it with some solid plot devices. Perhaps it’ll do better with the pacing in the future, but for now Akutami’s series teeters between being an awe or a chore to read. One hopes that the author is setting his readers up for one satisfying conclusion, especially with how much story is placed in such little space. Until then, “The Shibuya Incident” is good, but it’s five minutes away from overstaying its welcome.