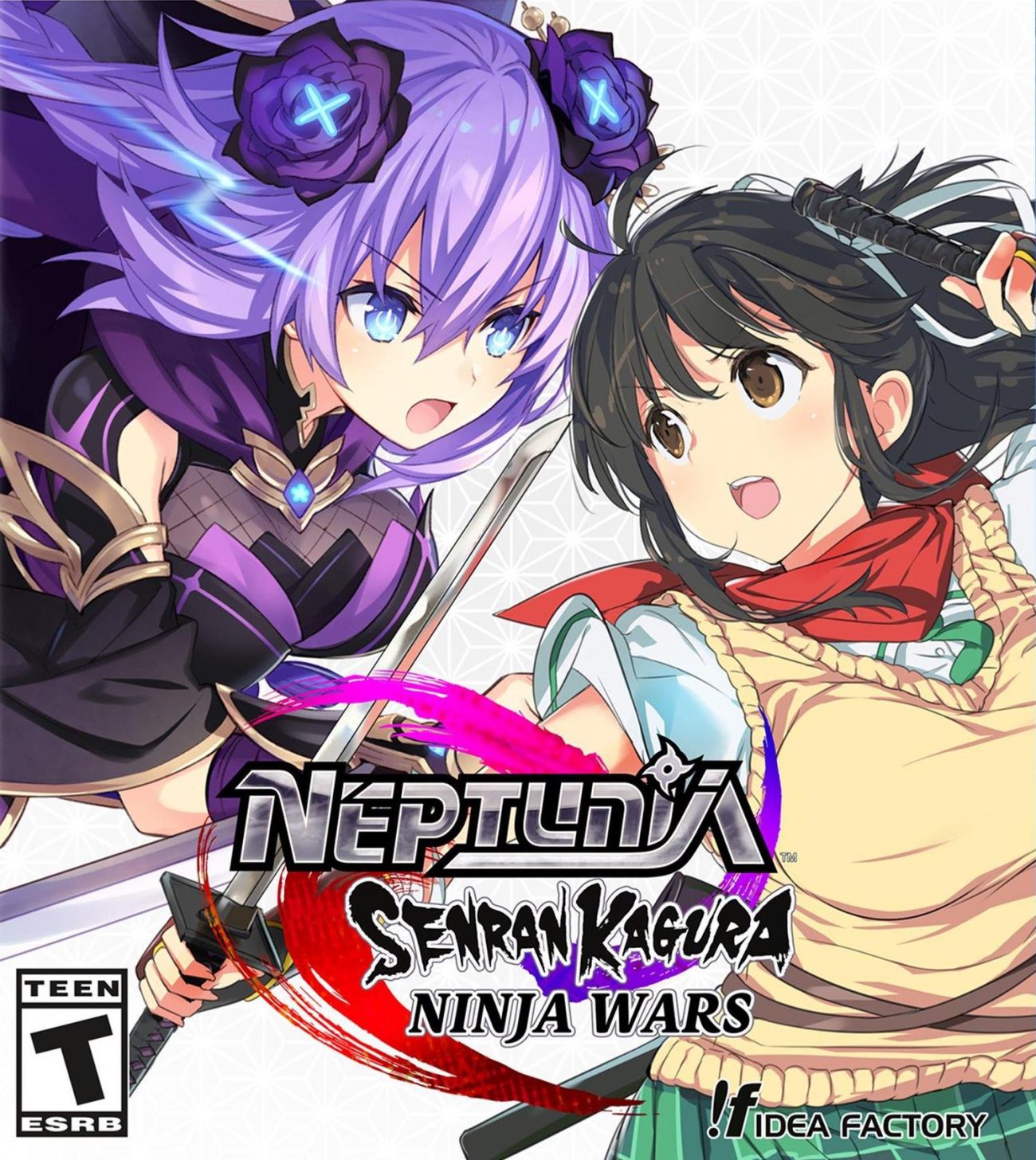 There have been some strange crossovers in video games, ranging from Mortal Kombat and the DC Universe to the Mario + Rabbids series. But sometimes a weird mashup makes more sense in execution rather than on paper. Perhaps that’s why the worlds of Hyperdimension Neptunia and Senran Kagura have collided in a multiversed fashion, where the toughest questions are answered with the roughest weapons around. But does Neptunia x Senran Kagura: Ninja Wars offer enough of a fight for even the biggest fans of both franchises?

Neptunia x Senran Kagura: Ninja Wars takes place in the land of Gaminjutsri, a place where shinobi from all across the world meet. The two main sides, Heartland and Marveland, have been at war with one another for ages. However, a threat greater than either of them, in the form of Yoh Gamer, arrives to lay claim of the title of the world’s strongest ninja school. As Yoh Gamer starts destroying both sides, the Heartland’s Compa Style Ninjas and Marveland’s Honeypa Style Shinobi settle their differences and decide to fight back! 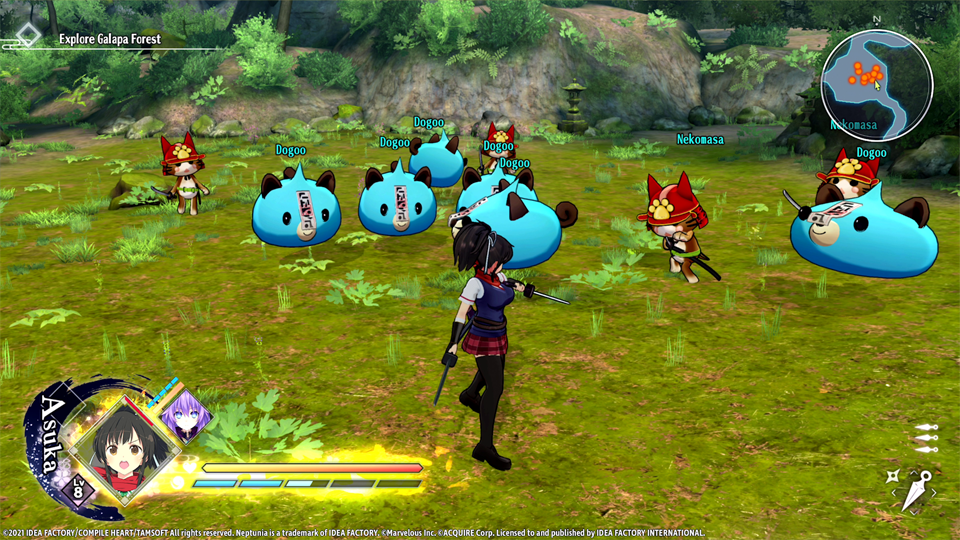 Ninja Wars, much like the main Senran Kagura series, is set up like a hack-and-slash game. The object of each level is to clear the areas of all enemies, which range from massive blob monsters to ninja cats. In each level, you’ll also come across various bosses, which will require you to use your unique skills to take down. As the game progresses, you’ll also be able to earn Spirit Gems that will help with your defense, offense, and health points.

It comes as a surprise to see how strong of a battle system this game has. While Senran Kagura has always been a fun series, its battles can sometimes be a little jagged. Here the fights, attacks, and special maneuvers are implemented smoothly, as the hits on your enemies connect with terrific accuracy. The same goes for when an enemy hits you, which leads to another strength: the opponent’s AI. 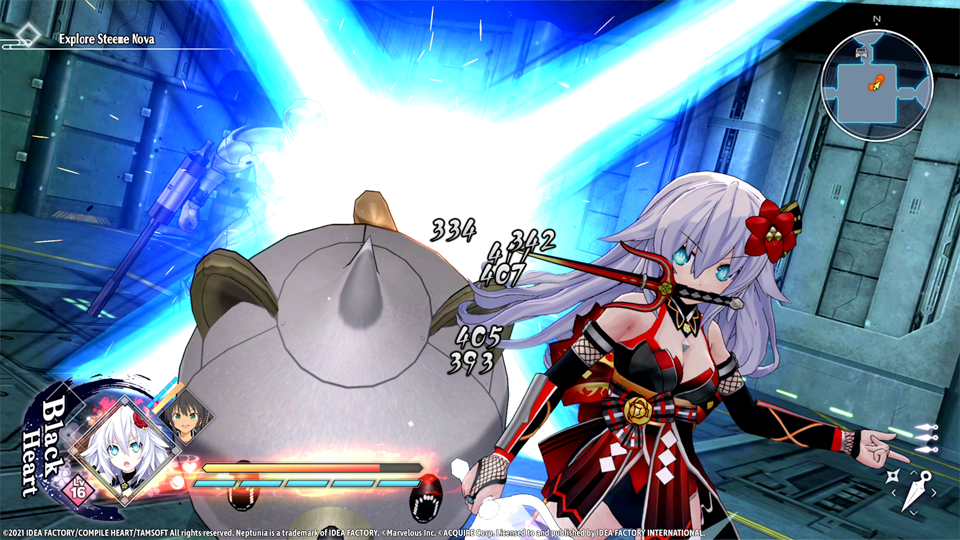 I’ve always felt that Estival Versus and Peach Beach Splash both came off as a little too easy. Ninja Wars, on the other hand, has you fighting for your life on many occasions. It does start off with the enemies being simple, but as the game goes on even the weakest enemy from before will evolve into one that’s a lot more difficult to defeat. Hence why you are give two characters to play as, in case one of them faints during battle.

Fortunately, finding food and health pickups are fairly easy to come by. You can buy these items in the store, but seeking them during missions is simple enough that you won’t quite need to buy in bulk until much later in the campaign. The ability to switch between characters is also easy, with the push of the down D-pad button calling in your help even as you’re unleashing a combo attack. It’s an element that makes taking on even the toughest bosses simpler to manage, but not so much where it’s a walk in the park. 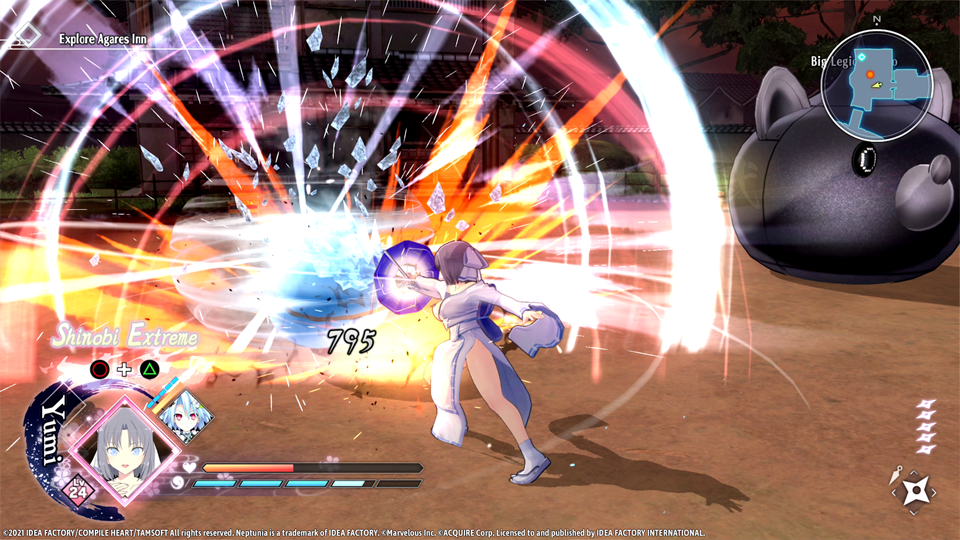 What Neptunia x Senran Kagura: Ninja Wars offers gameplay-wise is something I’ve felt has been lacking in Tamsoft’s mainline series. Yes, the adventures of Asuka, Homura, and the rest of the shinobi have been fun, but they can sadly get a little repetitive. Seeing them mix things off with the characters of Hyperdimension Neptunia adds not just a breath of fresh air, but also a much-needed re-oiling of its mechanics. But where one thing is given, another must be taken, which is something that’ll disappoint long-time Senran Kagura fans.

Those who see its T rating will know right then and there that the more ecchi-styled humor of Senran Kagura has been toned down greatly. The lack of its trademark pervy humor will make some weary, especially with how a certain game system has treated the franchise in recent years. They do manage to sneak in some classic hot spring stuff, and the Peach & Cream Meditation mini-game can be both sexy and fun to play when wanting to earn extra items. But the lack of certain characters like Katsuragi and the twins Ryobi & Ryona make sure that the naughtiness doesn't reach an M-rating. 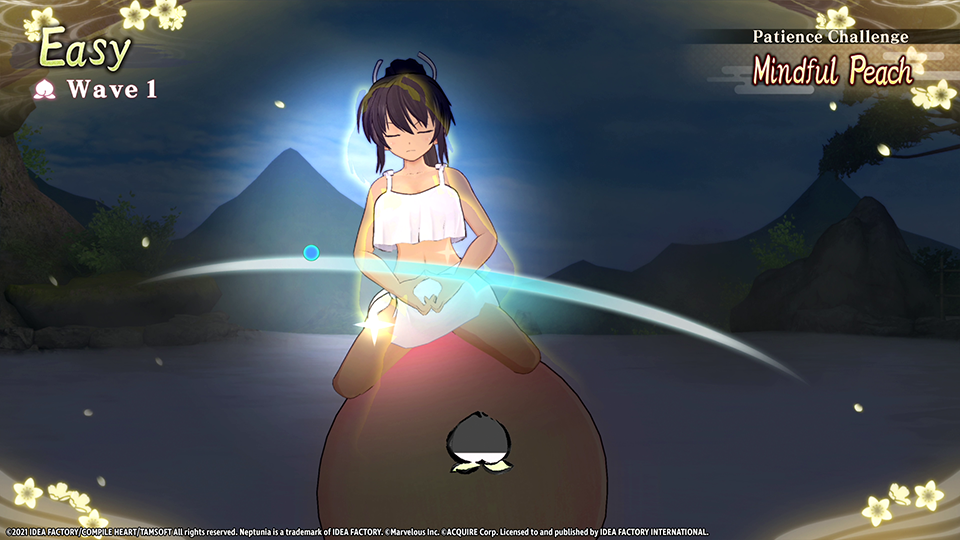 Thankfully, the game does make it up with some fourth-wall-breaking jokes and gags. As Hyperdimension Neptunia has always been a cutesy way of showing off the console wars, it’s funny now seeing all these characters fighting against the moéfied personification of the so-called “PC Master Race”. There’s also jokes about story beats and stereotypical ninja drama, all of which keep the narrative on a much more humorous rather than serious. Jabs at social awkwardness, with one villain having as much trouble introducing themselves as he was having an actual presence.

Alas, there is a downside to its narrative, and that is its length. I was able to beat Neptunia x Senran Kagura: Ninja Wars in less than eight hours, a far cry of what I experienced in either Estival Versus or Peach Beach Splash. There are some side-quests to check out, but they feel like retreads of past levels. But once you play the campaign, you’ll get to experience Yomi Training. 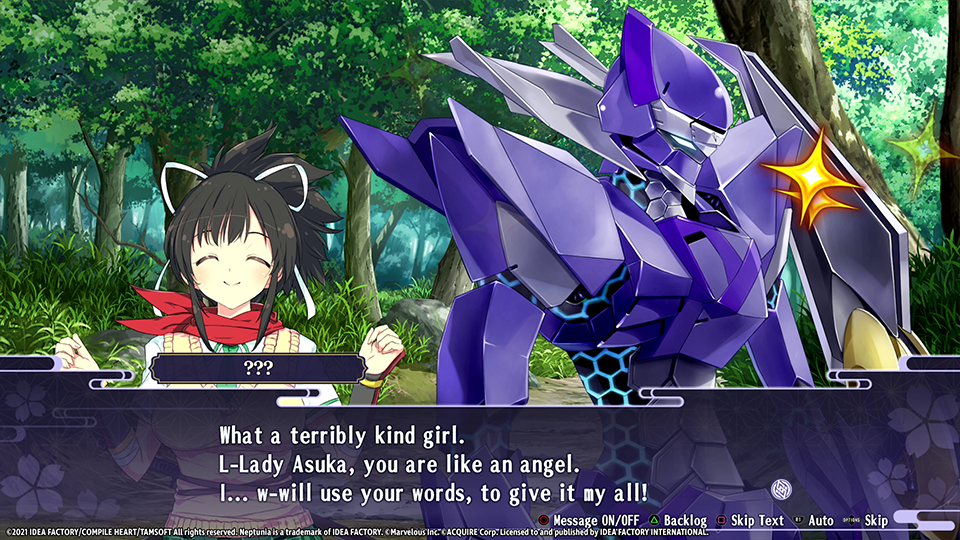 Yomi Training is a game mode that will have you running through three levels, with you health carrying over to each part. The enemies are much tougher, and the restrictions placed on your character will make it difficult for some to use the strategy they placed in the main campaign. As such, players will have to figure out new ways to clear these areas without having to start all over again. It’s the far better side-quest option, as it rarely ever feels like you’re repeating levels thanks to the challenges they implement.

Neptunia x Senran Kagura: Ninja Wars is a very humorous mashup of two cult favorite franchises. While its journey is short, the battles one wages in it are surprisingly impressive. Whether you’re team Heartland or Marveland, Ninja Wars offers just enough good times to warrant a visit to Gaminjutsri.