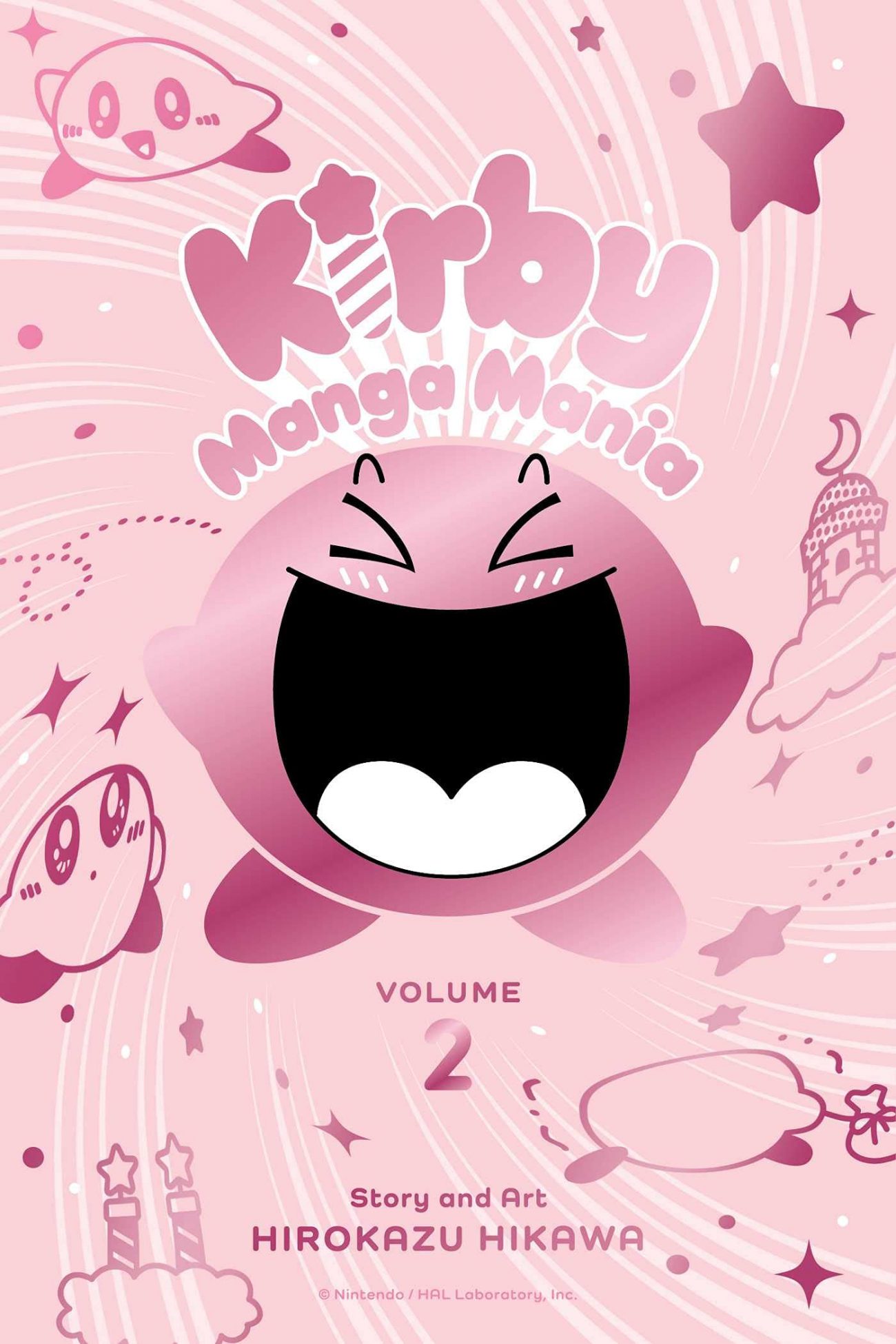 I’ve come to a realization. After reading the first volume of Kirby Manga Mania, I was fully convinced that Kirby was the true villain of Dream Land. He caused chaos not just to main antagonist King Dedede, but to every citizen of the land. However, after going through the second volume of Hirokazu Hikawa’s adaptation of the beloved Nintendo character, I now understood that Kirby wasn’t the jerk of Dream Land. The truth: every one is!

For starters, we finally see King Dedede act like the criminal ruler that he is. He doesn’t do so by setting things on fire or taking candy from infants. Instead, he buys up all of the erasers in the land, causing a high demand for those rubbery mistake eliminators. One by one, he sells them at a high price, and even has people make forgeries to boost up its value. Reddit stock market be damned, this is the real way to win at capitalism!

But in Kirby Manga Mania, everyone gets a chance to play the town jackass in the best way possible: an election. King Dedede unwillingly puts his crown on the line for a little democracy, with every key player of Dream Land wanting to run. Kirby, Coo, Rick, and Kine do their best to convince the people that they deserve the crown, with all of them demonstrating why they are not fit at all to rule. I would argue that this is a fine example of why recall elections are almost always a bad idea, but California beat me to it.

Of course, being his manga, Kirby is the one that still causes the most trouble in this volume. Whether he learns the skills of a warrior or the art of self-control, the cutie of Nintendo’s roster showcases why he’s not to be trusted with, well, anything. Even learning about eating etiquettes results in him causing more mayhem than one can chew, swallow, or gulp down in a single sitting. It would all be so unsettling, had it not been showcased in such a hilarious fashion!

It’s a Mister Tick-Tock-focused chapter where this volume shines in both its sense of humor and sense of anarchy. The Olympics happen, with an underground competition happening literally right under the main spectacle’s stadium. Competitors face off in such dangerous games as Eel Catching, String Fingers, Strip Rock-Paper-Scissors, and the most diabolical event of all: Funny Faces! You then hear Mister Tick-Tock’s sad tale of regret, with his back story a cautionary tale on why an event like Funny Faces should be outright banned from ever happening at the Olympics!

Kirby Manga Mania is the polar opposite of its video game counterparts. It’s not cute in the slightest, as catastrophe overtakes sweetness at every turn. But it’s a damn funny spin on one of gaming’s most adorable heroes. Volume Two may not be as much of a slam dunk in the comedy as its predecessor, but there’s still a lot to laugh at in this recent addition to the Kirby Manga Mania realm.