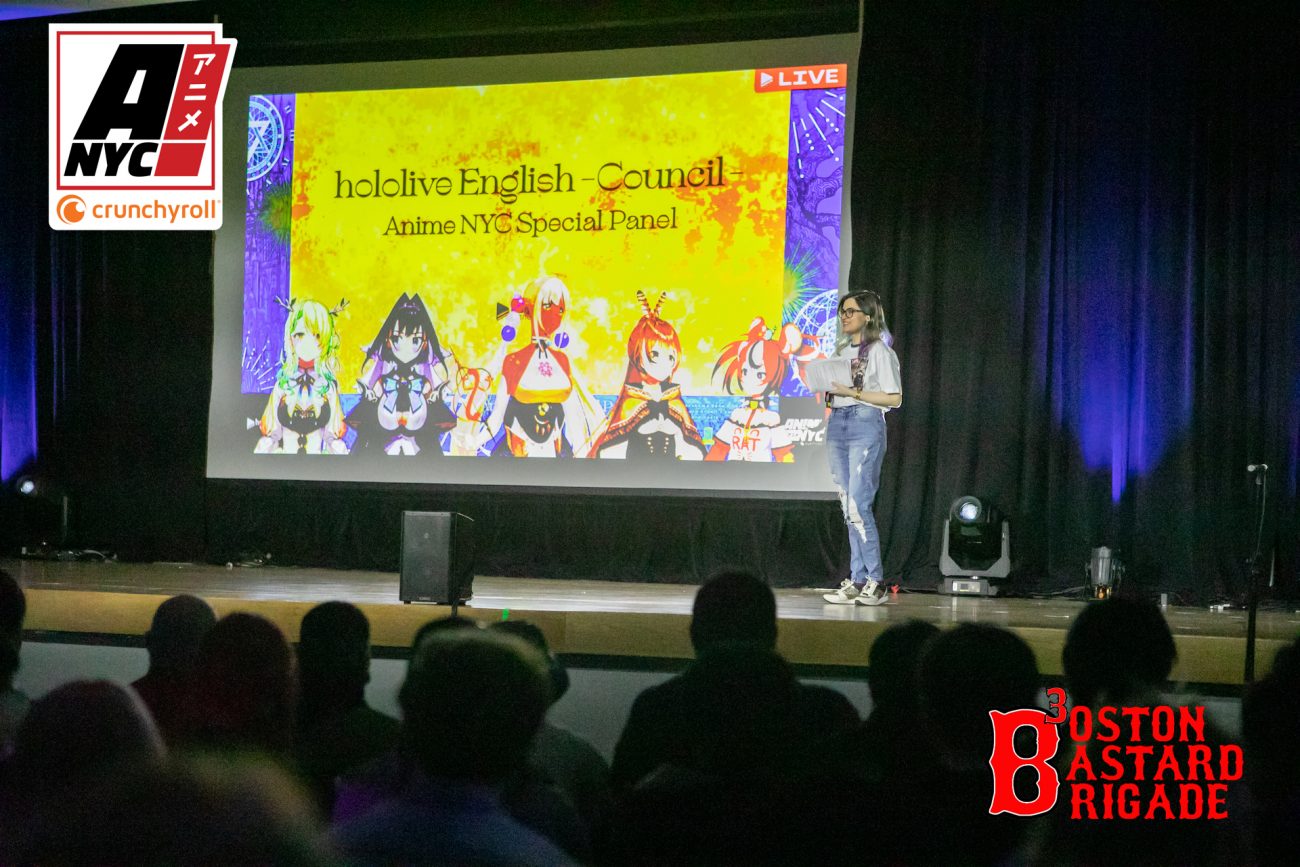 Vtubers have taken over the world in ways we couldn’t have imagined. From Kizuna Ai to Project Melody, these virtual stars have found their way into the hearts of fans all over the world. No one knows this more than hololive, who have practically become the go-to representatives for all things Vtuber. At Anime NYC 2021, hololive hosted a special “council” in front of a packed Main Events hall.

Held for the first time on the American East Coast, hololive English brought to the stage five of the English Vtubers: Sana, Fauna, Kronii, Mumei, and Baelz. Of course, with them being virtual, their presence is only possibly via the big screen. They spoke of their “jobs”, as well as their favorite moments live-streaming with one another. At first, it was slightly chaotic, but after they got used to the setup, things got a little orderly.

The hololive stars began taking questions from online fans. Sana believed that Earth stood out because of its life, and hoped to be friends with everyone. Fauna’s love of tea spawned towards her costars, as she compared their personalities with certain flavors. Kronii spoke of her love for Fall Guys, while Mumei chose Apatosaurus and “Baelzsaurus” as her favorite dinosaurs. Baelz, the so-called “leader”, chose Mumei as the most likely to take orders and Sana the least likely; none are trustworthy enough to be second-in-command, according to her.

Just then, the feed cut out, with the main hololive English stars taking over for a brief introduction. Mori Calliope gave some advice for the new hololive members, while Takanashi Kiara recommends them to take breaks when needed. Ninomae Ina’nis emphasized the importance of fun, as Gawr Gura looked forward to future collaborations. Watson Amelia had no criticisms about the new members, and IRyS…had no real advice due to her lacking panel experience.

Control came back to the recent additions, with the show reaching its conclusion. But they ended with some reminders of upcoming photos ops and events at Anime NYC. But for some reason, they couldn’t get the words out right, as they laughed and stumbled through the announcements. Nevertheless, the -council- concluded with as many happy feelings for their fans as the fans had for them.