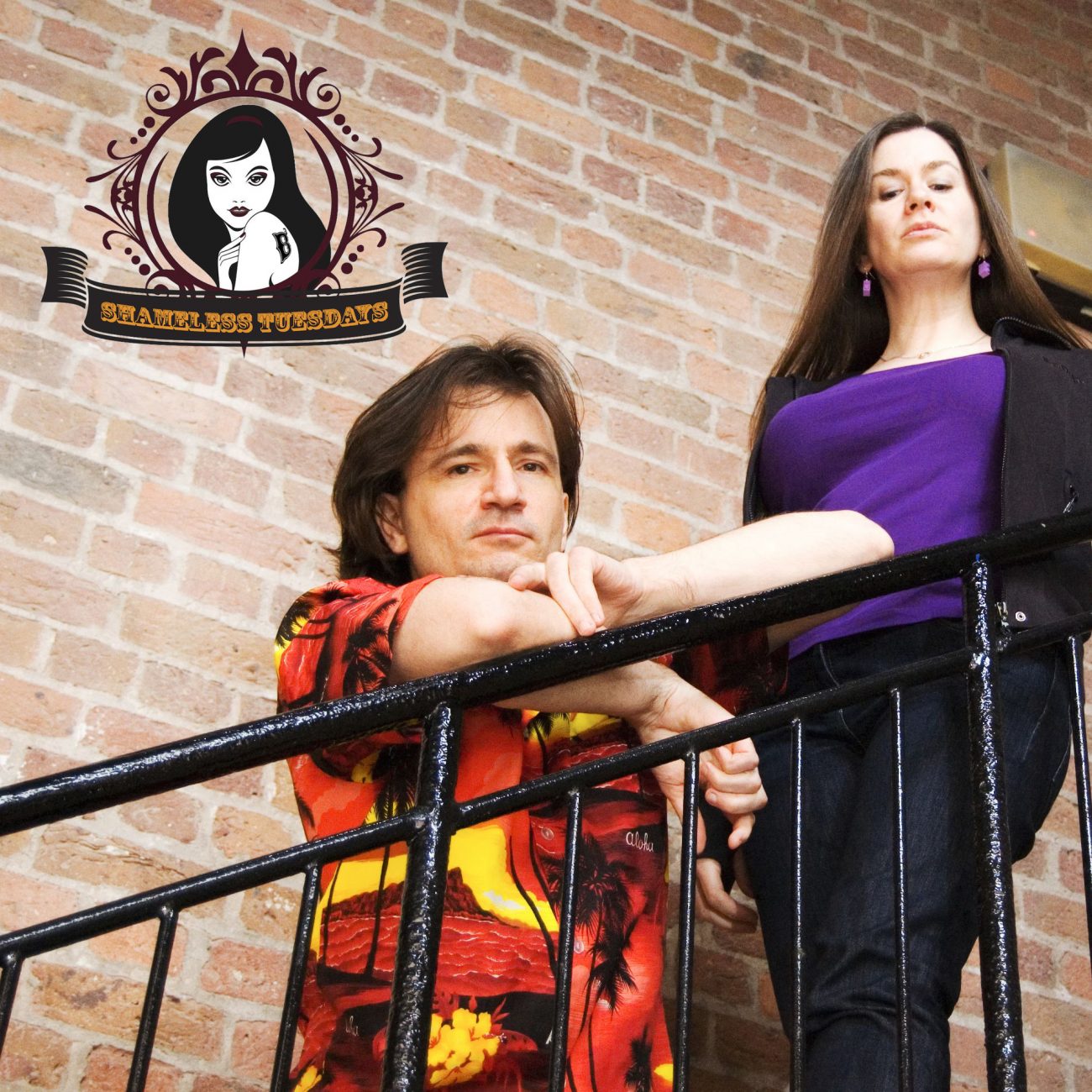 Humor and electronica music can go hand-in-hand in many ways. Artists like Scooter and Fatboy Slim relish on hearty silliness while delivering some amazing beats that'll make anyone dance nonstop. Britain's SPRAY know this well, as they have crafted fantastic melodies with lyrics that'll make anyone chuckle...if they weren't all taking in the high of the sounds. Now reaching their 20th year as a duo, siblings Jenny McLaren and Ricardo Autobahn are hitting the air with their latest single "Hammered in an Airport".

This, alongside their other single "Félicette (Space Cat)", are a taste of what to expect from their next album Ambiguous Poems About Death, which arrives on November 26th. The tunes are catchy, the words are smile-inducing, and the groove is -- as they say -- in the heart! But before they bring the funny and the tunes, SPRAY have zoomed on in with this week's edition of Shameless Tuesdays! (It's a good thing, because my glass is empty, and I needed another mojito yesterday!)

Here's what SPRAY have to say about this week's playlist:

This is a playlist - of "humorous songs" (not necessarily novelty or comedy songs, just ones that are designed to amuse).

Humour in songs is a dirty word these days. Whilst acts will play with humourous imagery in videos, have punning album titles and be funny and witty in interviews the actual material is rarely anything other than introspective misery. Spray have always appreciated and been influenced by music that can make you laugh - not necessarily "novelty" or "comedy" songs but music that uses wit, jokes, irony or punchlines to tell a story or make a point.

Our friends the Lancashire Hotpots are sometimes described as a novelty act but what they do is very much in the respected tradition of British folk music. Kraftwerk would never be described as a novelty act, but Pocket Calculator is as dry, funny and self-referential as any pop song has ever been. And Mark Mothersbaugh has described Weird Al's DEVO pastiche 'Dare To Be Stupid' as the most beautiful thing he'd ever heard. This isn't throwaway stuff readers, this is art.