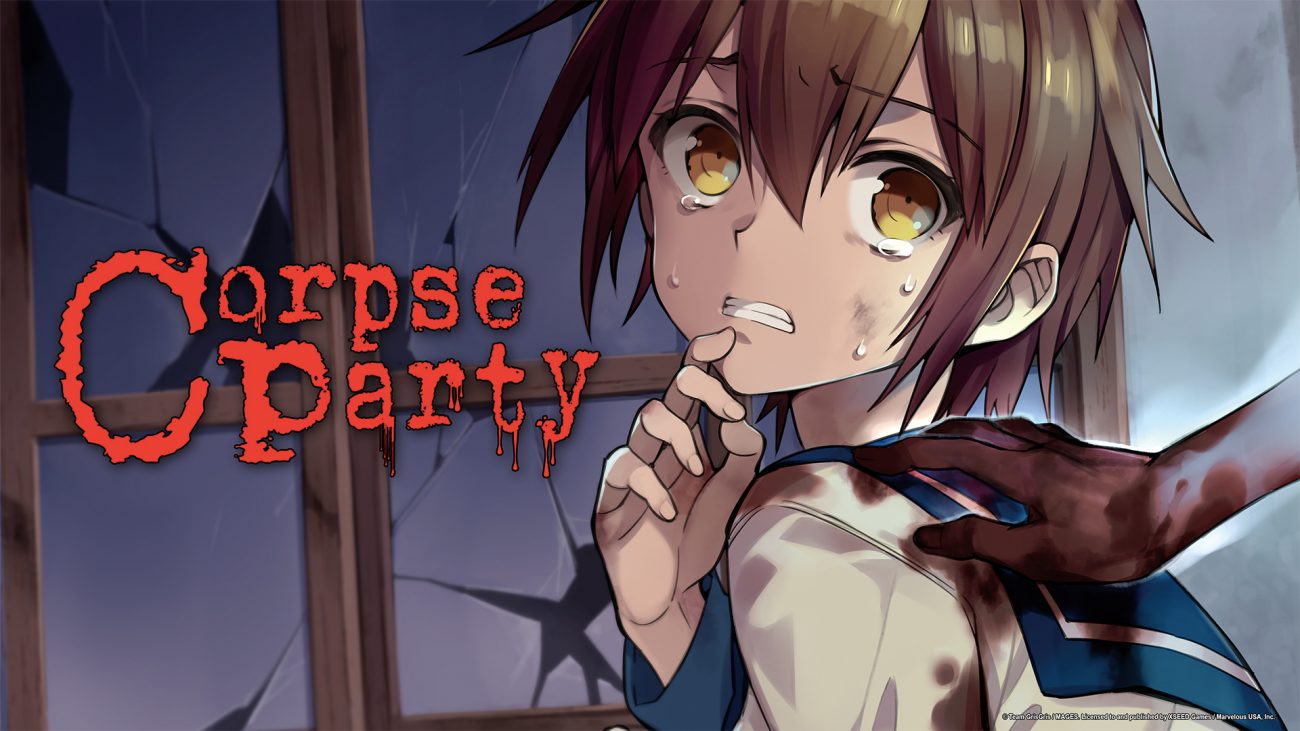 Ever since the Switch replaced my main means of handheld gaming back in 2017, I’ve been asking: “When’s Corpse Party coming out on this thing?” Having already released on the PSP, PS Vita, and 3DS (yes really), I knew it was only a matter of time until the horror classic graced Nintendo’s hybrid console.

It seemed inevitable, given the sudden appearance of the Corpse Party: Blood Drive on the eShop around October of 2019. It being the final installment in the series main trilogy, I expected the first (Corpse Party) and second titles (Corpse Party: Book of Shadows) to follow shortly after. Cut to two years and one pandemic later, and I've finally gotten (half) my wish! Corpse Party (2021) is here at long last courtesy of XSEED Games, and the question on everyone’s mind is: was it worth the wait?

In my humble opinion? Yes. Absolutely.

Returning fans and newcomers alike owe it to themselves to traverse the terrifying halls of Heavenly Host Elementary once more, in this, the most definitive version of the RPG Maker classic - complete with all the bells and whistles that have been added over the years, and more! At a steal of only $20, you can’t beat this game’s bang for your buck. So grab your best pair of headphones and turn down the lights, because this is one worth settling in for. 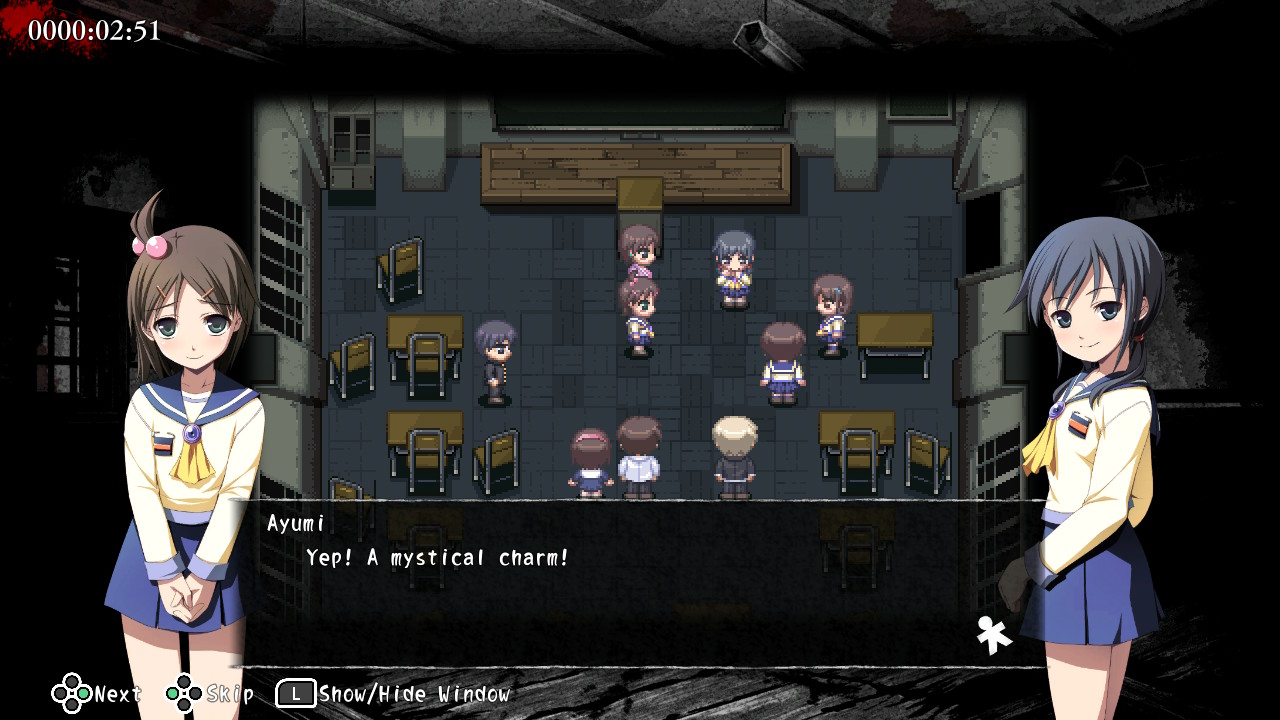 For the uninitiated, the story of Corpse Party follows the unfortunate fate of a group of teenagers from Kisaragi Academy: three boys and four girls, their teacher, and a tag-along little sister. On the eve of one of their own’s departure to another school, the group decides to perform a friendship ritual called “Sachiko Ever After.” But something goes wrong; what’s meant to be a harmless bit of fun inexplicably separates and teleports them all to a haunted other dimension!

This otherworldly space takes the form of Heavenly Host, an elementary school that closed down decades before following a rash of serial kidnappings and murders. Now the souls of those victims roam its dilapidated halls, brutally killing all who become trapped within. Your goal as the player is to survive and escape, solving puzzles and running for your life as you piece together the truth behind Heavenly Host’s dark past.

Before getting any more into it, it needs be remarked that Corpse Party is a very mature game; gore, fanservice, and fan(dis)service flow aplenty. Nobody is safe from the horror, and a majority of characters are teens and young children. If that bothers you, then this is not the game for you. 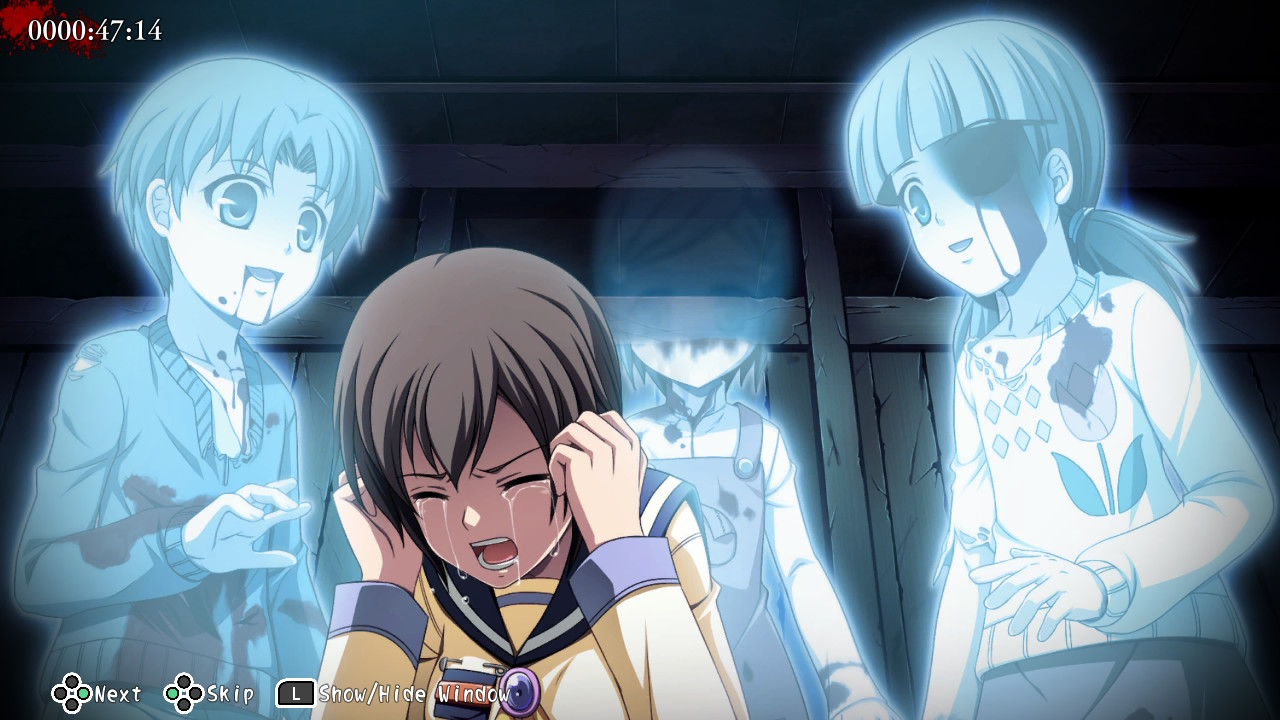 Okay? Okay. For everyone else, buckle in for a wild ride.

Reuniting the Kisaragi group and escaping the school is your primary objective for most of the game’s main five chapters. Players switch between control of different characters as the story progresses, each with their own unique skills and personalities. Gameplay is simple: you explore the school and gather items and information used to unlock new areas.

Each PC is given a “health bar,” but don’t be deceived - a majority of threats kill characters in one hit. Encounters with various malevolent forces (some spirits, some not) mostly devolve into frenzied moments of running away, solving simple environmental puzzles to either destroy or escape your pursuers. While this can be frustrating, the game allows for liberal save states, so there’s no fear of truly getting stuck. Hints about how to progress and what to avoid can be found by talking to friendly spirits or reading notes left by previous victims around the school.

If all that fails - well, this is a game that’s been around a while; spoiler-free walkthroughs are just a google search away. 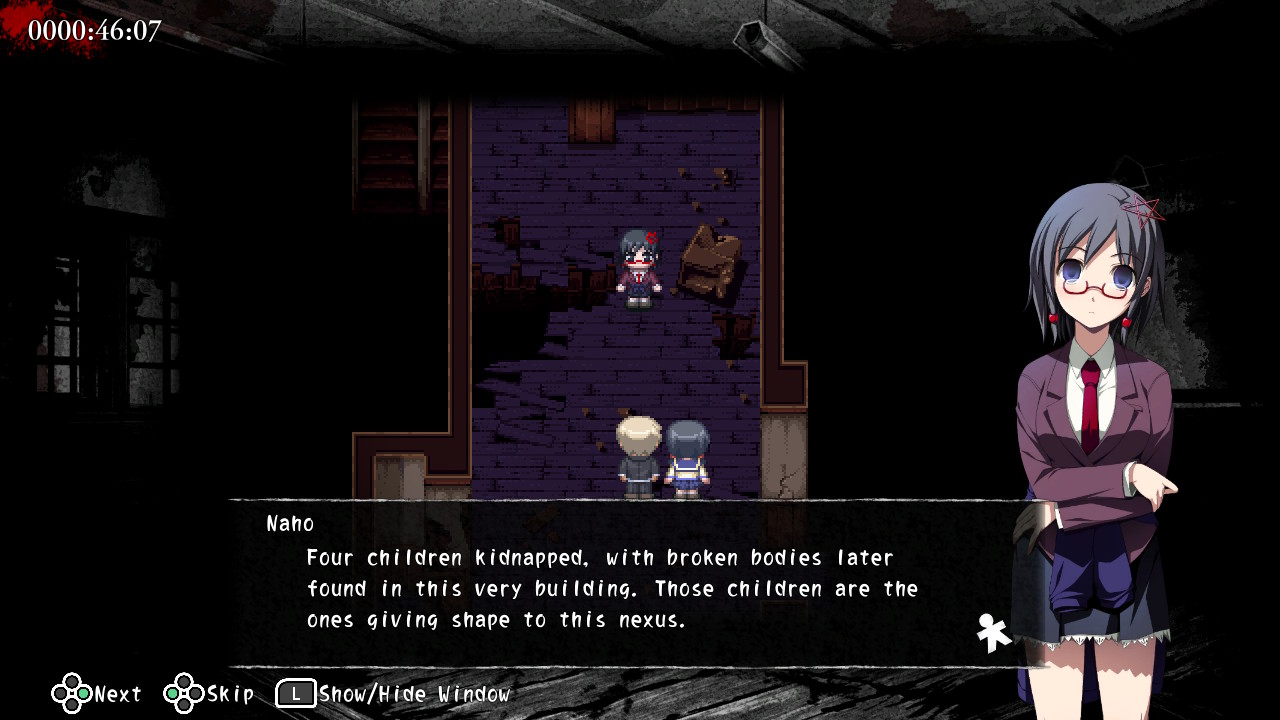 The characters themselves are a mixed bag - some have about as much depth as a kiddie pool, while others are fully-realized individuals. Your enjoyment of their quirks and personalities will come down to your tolerance of stock anime character tropes (the hero, the little sister, the tsundere, etc), but the main cast is likeable overall and easy to root for. My personal favorites will always be Ms. Yui, Ayumi, and Yoshiki.

Like many of its contemporaries in the RPG Maker horror genre, there are bad endings galore (30+ counting extra chapter scenarios). These range from immediate consequence (failing to escape a ghost), to far reaching repercussion (failing to pick up a critical items that unlock the best ending). Corpse Party incentives seeing all these endings as a sort of collectible, so completionists will enjoy this trial-and error style of play. More casual players, however, may get annoyed by the constant interruption to game's immersive atmosphere.

And what an immersive game it is!

Due in no small part to the game’s sound design and phenomenal voice acting, I felt trapped in Heavenly Host as much as the PCs. Audio was recorded using “binaural 3D recording techniques” (essentially two opposite facing microphones that replicate how a pair of actual ears hears the world) to simulate a surround sound like effect. A lot of this game’s magic is lost if you forgo headphones, even if the OST can sometimes drown out the more subtle voice performances. In everything from a hushed whisper right behind you, to the buzzing of flies around a pile of viscera, no details were spared in capturing the soundscape of has to be the world's worst day of detention. 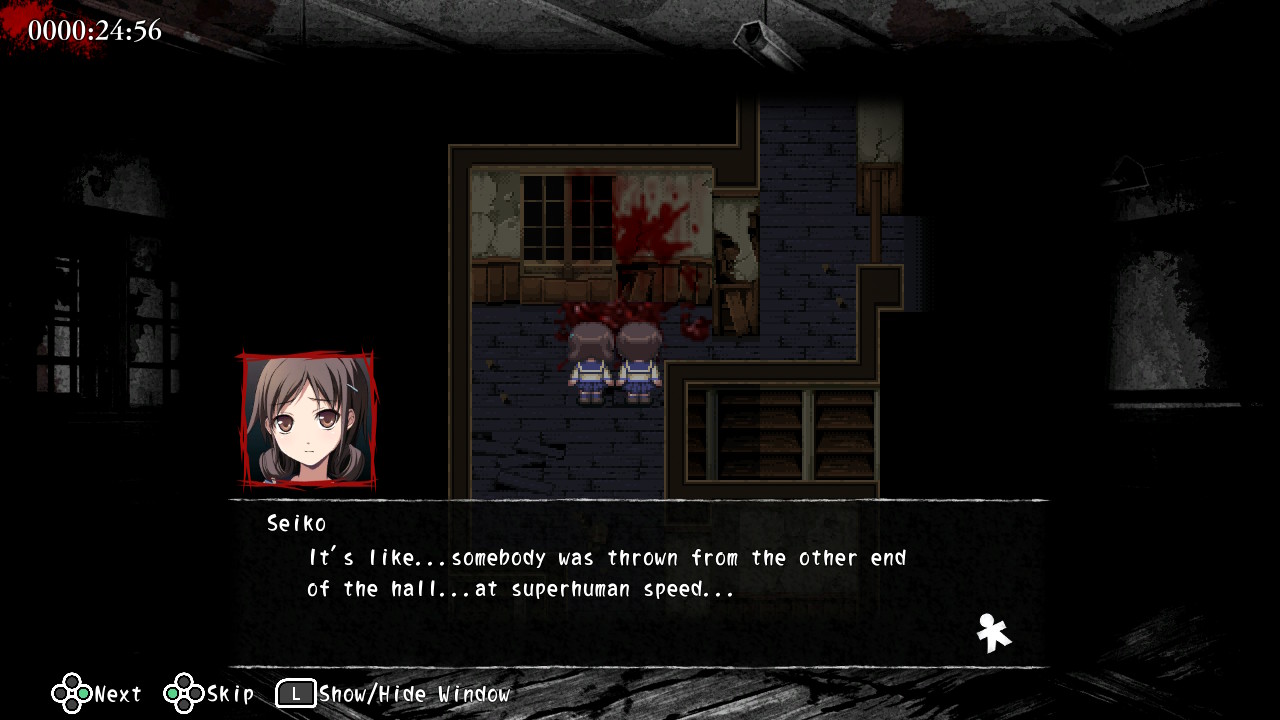 But that’s all stuff that’s been present in the series’ past iterations. What makes this release special? A few things, but some background on the series first:

The release (and rerelease) history of the Corpse Party can be confusing, but to simplify: the original Corpse Party was released way back in 1996 for PC using RPG Maker software, developed by Team GrisGris. It was an instant cult classic, and was remade twice: once in 2006 (Corpse Party: Blood Covered), and again in 2010 (Corpse Party: Repeated Fear). Each new pass at the game updated graphics, added characters and voice acting, and expanded the story and lore.

Neither should be confused with Corpse Party: Book of Shadows (a sequel to the story of Repeated Fear that follows an alternate timeline), Corpse Party 2: Dead Patient (an unfinished installment following a new cast in a new setting) or Corpse Party 2U (a survival horror/romantic comedy non-canon side game). In 2016, a version of Corpse Party: Repeated Fear was released for the 3DS and PC that added a ton of new goodies like updated sprites, CGs, new Wrong Ends, and extra chapters. THIS is the version that’s come to Switch, with even more extra content. 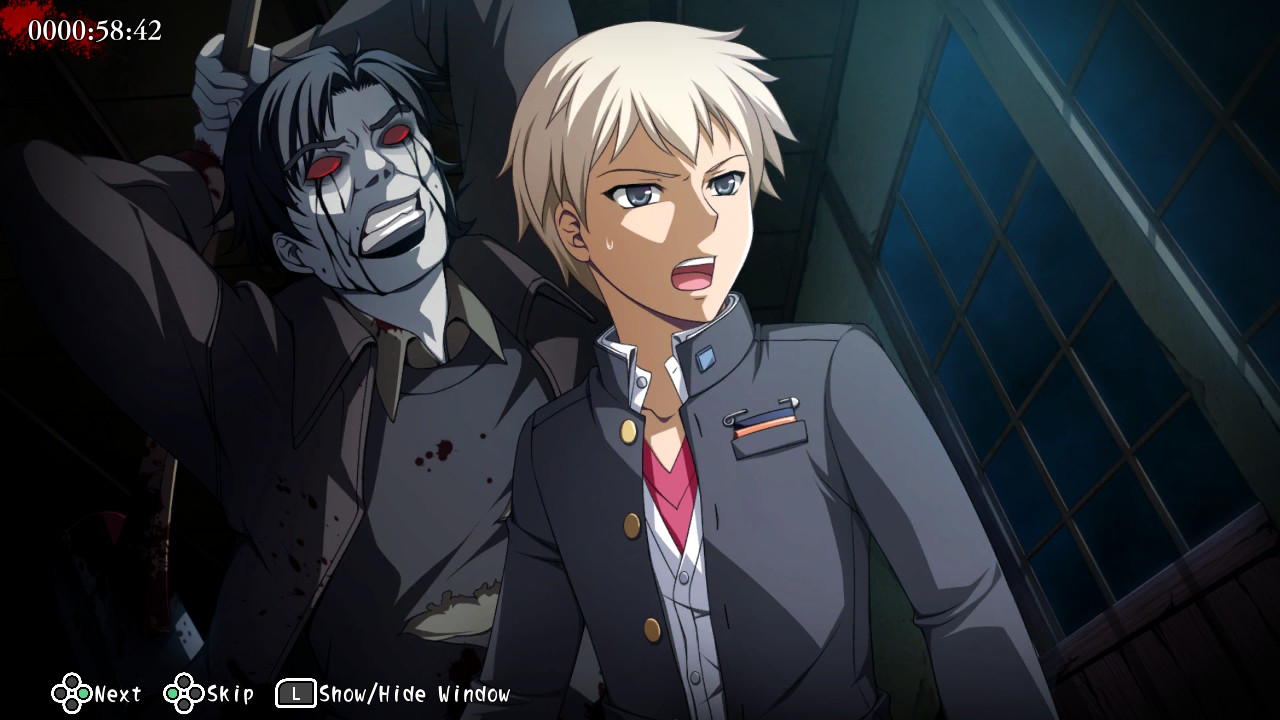 So what, exactly, is “new”? What’s here to get veteran Corpse Party fans to buy this installment? Well, more than you’d think.

Needless to say, if you never got around to playing the 2016 release, then you have all that it added to look forward to. Specific to the 2021 release, there are two new extra story chapters, some updated translations, and crisp, HD sprite work. Gameplay is now surrounded by an overlay border, but the extra space is occupied by character portraits, health stats, and inventory items. I played on an OLED Switch, and this setup comfortably fit within the larger screen. Your personal mileage on the border may vary, but I never found it to be a distraction.

Followers of the official Corpse Party Twitter account will already be familiar with Miku Shirayume, one of two entirely new characters unique to this release. After lying dormant for three years, the account came alive with her innocuous postings about being bored during quarantine. She’s an in-universe student of Kisaragi Academy in 2020, and an influencer looking to make it big online. A single extra chapter focuses on her and her best friend, Ryoka Iwami. The two know about the rumors surrounding the Sachiko charm and Heavenly Host, but decide to perform the ritual anyway for the views. 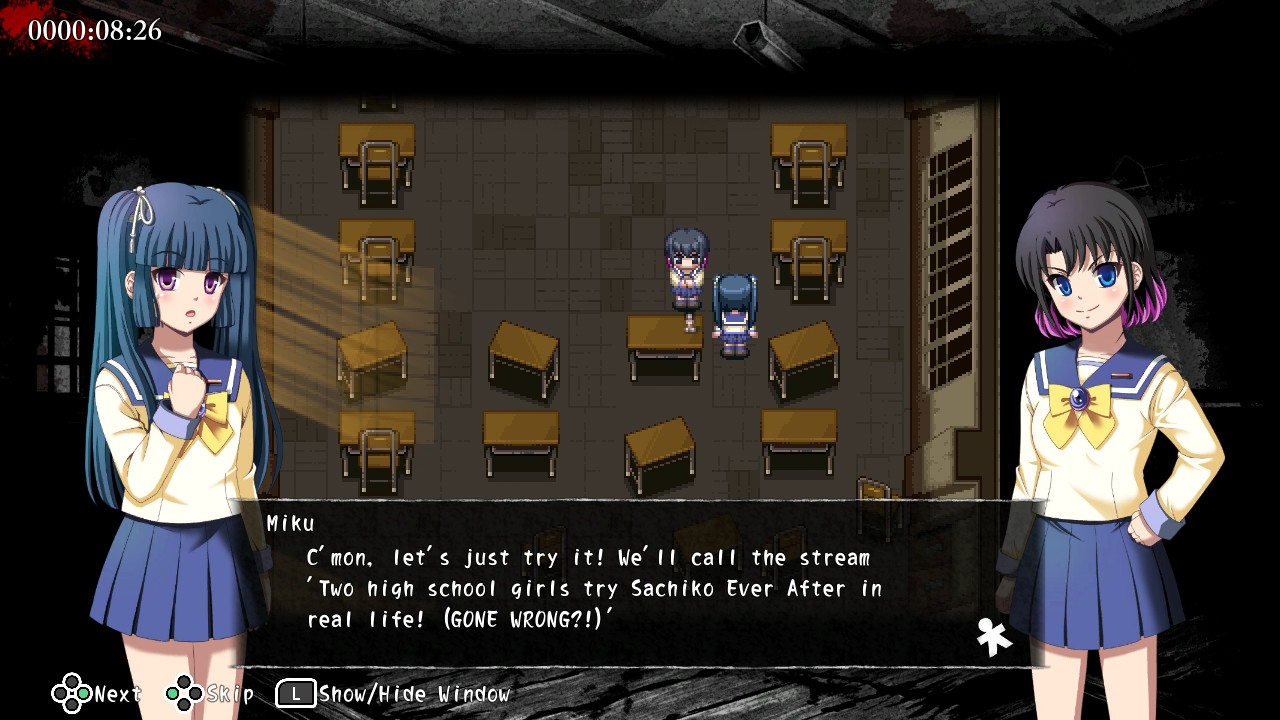 This goes about as well as you'd expect. Their small misadventure is entirely fanservice, full of references to past games and cameos from other characters in the series. I didn’t particularly like Miku, from her design to her attitude, but her chapter is mercifully short and entirely skippable. The other extra chapter is considerably longer and focuses on pre-established characters Ayumi and Yoshiki, which I enjoyed, and won’t spoil here.

The game ultimately remains a story-driven experience. Its roughly eighty percent dialog - practically a visual novel - but for those willing to get through it all, one of the best horror experiences out there awaits you.

Copse Party (2021) is a great entry point for newcomers to the Heavenly Host saga, but veterans fans will find the problems that have plagued past installments remain unchanged. However, given its bargain price and availability on all modern consoles, its hard not to call for all fans, new and old, to support its release.

Promotional consideration provided by Grady Penna of One PR Studio. Reviewed on the Nintendo Switch. 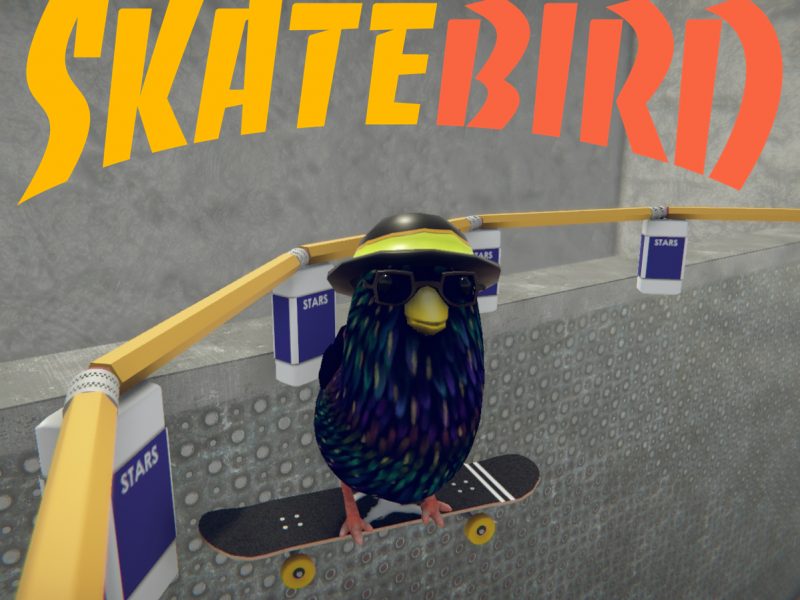 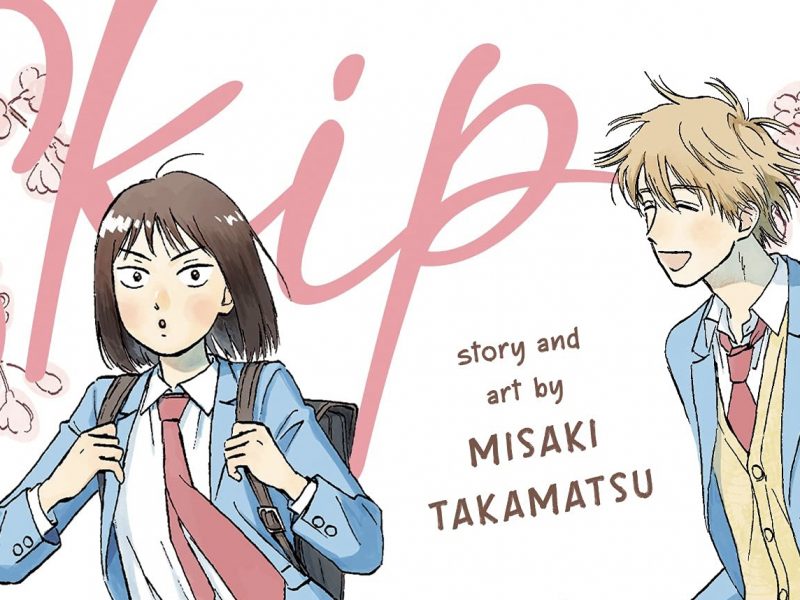