HomeComics/MangaMANGA REVIEW | Too Much Cosmic, Not Enough Horror in "Sensor"

MANGA REVIEW | Too Much Cosmic, Not Enough Horror in "Sensor" 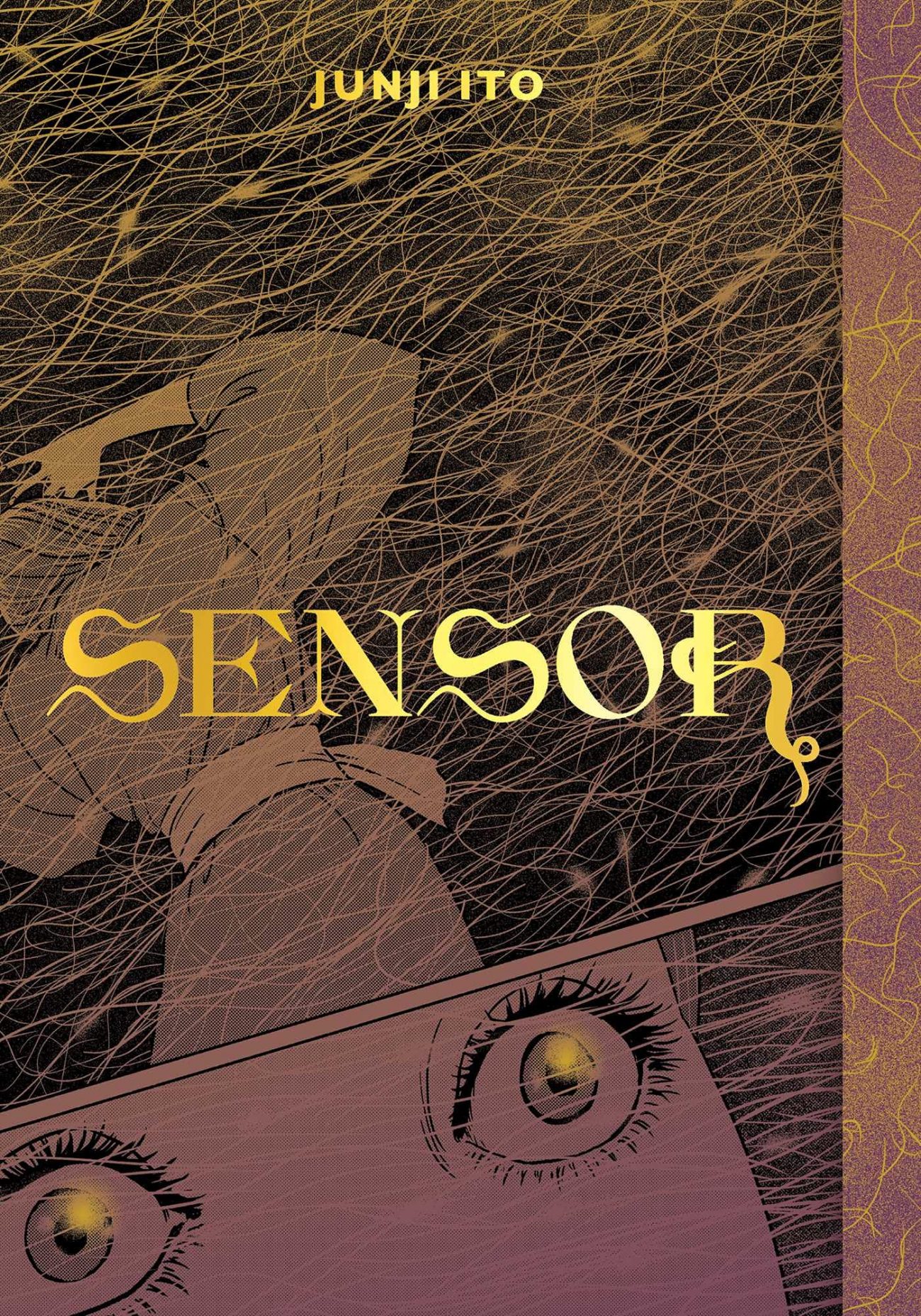 MANGA REVIEW | Too Much Cosmic, Not Enough Horror in "Sensor"

Sensor isn’t like anything else Junji Ito has ever published - and that’s where its problems begin. Originally serialized as Travelogue of the Succubus in 2018, Sensor is a directionless, dull, mess of a story that fails to neither compel nor scare readers in equal measure.

Sensor, much like Ito’s Dissolving Classroom, begins as a series of vaguely related one-shots, connected only by the presence of two recurring characters. In this case: Kyoko Byakuya, the sole survivor of a volcanic eruption, gifted with otherworldly golden hair and phenomenal psychic abilities, and Wataru Tsuchiyado, a freelance reporter initially searching for her in pursuit of his next big scoop. Once their stories collide in the latter half of the volume, the narrative becomes more linear as the manga draws toward an end. 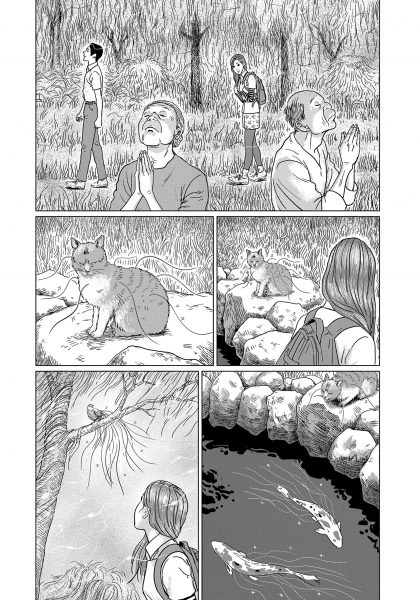 The titular “sensors” refers to the means by which psychically gifted characters, like Kyoko, can heighten their five senses, and the senses of others, to the extent they perceive the existence of the universe itself (and everything in it), all at once. This process is depicted as euphoric for some, and addictive to others. Partially strong psychics have the potential to grant omniscience and influence over the creation of reality itself. Naturally, conflict spurs from various entities wanting this power, and thus Kyoko, for themselves. Chases and kidnappings ensue.

Sensor desperately wants to be a cosmic horror story. The concept of infinite, forbidden knowledge inhumanly corrupting (and punishing) the curious and megalomanic is Lovecraft 101. The bones of what could have been an existentially terrifying story are all here. It’s in its execution, however, where Sensor stumbles down three flights of stairs directly into the basement of mediocrity. 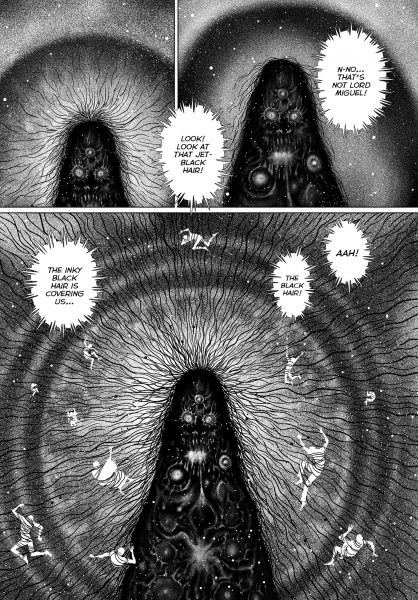 Sensor is one of the most boring, low-stakes stories Ito has ever put to paper - which is ironic, given the scope of the esoteric concepts on display. Ito’s known for his gruesomely detailed depictions of body horror - the absolute antithesis of Sensor’s primary danger: vaguely defined, abstract metaphysics. Understandably, Ito struggles to visually depict such notional concepts in any threatening fashion. He attempts to compensate in writing what Sensor lacks in compelling visual storytelling, but that only leads to overly wordy, drawn out scenes in which characters talk a lot, but say very little.

There’s no tangible threat present throughout the entire volume. It took me several sittings to get through it, while nearly all of Ito’s other works I can consistently, and happily, finish the day they’re released.

Of course, Ito’s art itself is fine. But only just that: it's fine. Nothing outstanding or noteworthy to put it above or below his typical standards. If you’re familiar with his style, it's all much the same. His expert panel composition and use of the page-turn reveal are all on display, but it's all in service to a non-start of a story with zero tension. 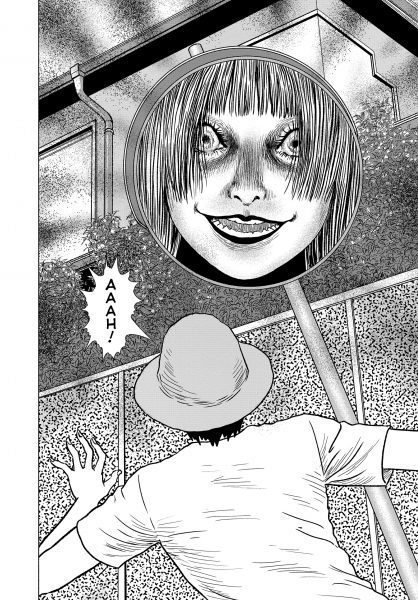 Sensor may have been saved if its characters were compelling. Sadly, characters have never been the star of any of Ito’s works, and Sensor is much of the same - only here, the premise of the story can’t prop them up to pick up the slack. Wataru and Kyoko behave more like spectators to the plot than active participants; Kyoko especially lacks any significant reaction to happenings around her, despite all conflict centered around her agency. The primary antagonist is evil for evil's sake, wanting Kyoko’s powers to become a god - but again, the consequences of that happening are so nebulous in the physical world that he’s an uncompelling non-threat at worst, and comical at best.

There are bright spots of things I enjoyed: one standalone chapter (Battle at Bishagaura) features a town plagued by grotesque insects possessed by the souls of suicide victims. It is the clear highlight of the book, but that's because it's mostly divorced from the unimpressive overarching narrative. If nothing else, I recommend fans seek it (and only it) out to read. 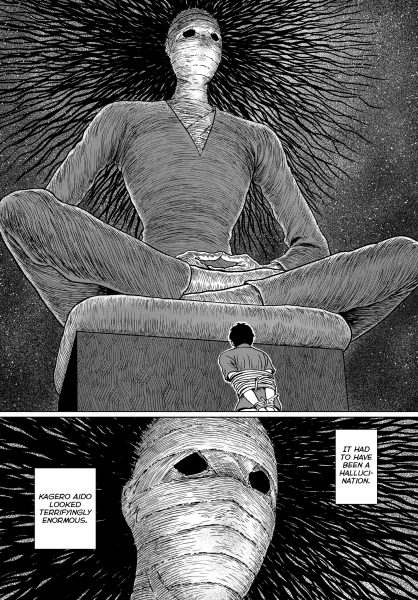 Sadly, Sensor feels like a work made out of obligation, rather than passion. It reads like Ito’s editor made him force a bunch of disjointed, half-formed ideas into a long-form story he took no joy in creating. It is not scary. It is not gross, or darkly comedic, or like anything else Junji Ito has put out in his thirty odd years of gracing the manga industry. It lacks any sort of creative spark - no focus or central theme.

In his afterword, Ito is open about his struggles in finding a solid direction to take Sensor following its initial conception, and drive to create long-form manga in general. The man’s strengths lie in his short story works, and even he doesn’t seem happy with Sensor as a final product. I can’t recommend Sensor to even the most hardcore Junji Ito fans. And I hope that Ito’s upcoming short story collection Deserter, due out this December, will wash away the bad taste it left in my mouth.