On paper, it sounds like a dream. The thought of being in an immersive version of Sniper Elite, one of the best war games around, should bring unequivocal joy to me. Alas, it’s no dream being in the midst of the Second World War; in fact, it’s practically a nightmare! And no, I’m not talking about trauma or frightening imagery. Instead, Sniper Elite VR offers a control scheme that feels like I’m dealing with the SEGA Menacer!

Sniper Elite VR puts you back into the German-filled streets of Italy 1943, as you embark on 18 missions to save the world from Nazi rule. With your guns handy, you are tasked to attack the threats, protect your allies, and make sure your goals are met. But in Sniper Elite fashion, it’s all about the art of precision. Using your sniper scope, you can try to make the best shot possible, be it at a human eyeball, conveniently-placed truck, or a nearby explosive. 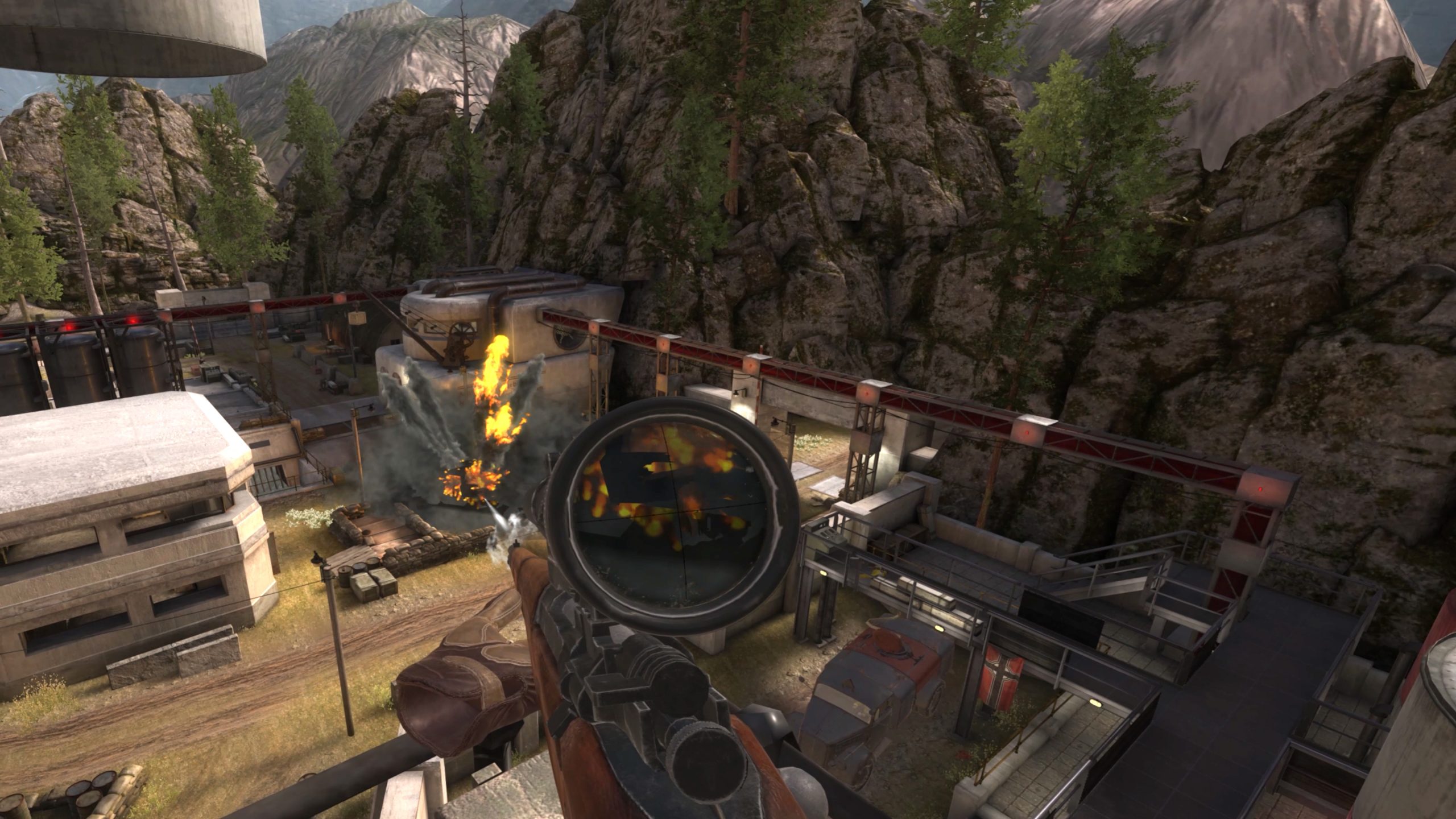 One of the things Sniper Elite VR gets right is the setting. Standing in the midst of 1940s Italy during the war, you get that sense of danger and urgency. Bullets fly by, as you can hear them whiz next to your ear. Like in previous Sniper Elite games, you learn quickly that you can’t do things Call of Duty-styled. The object of the game is to keep yourself hidden, and wait patiently to strike.

However, there are times in this game where one can’t wait to strike. Because of this, it’s hard to say that Sniper Elite VR is in the spirit of the other games in the series. Due to its fast-paced nature, I found the gameplay to me more in-line with the Zombie Army series than the Sniper Elite one. (Note to Rebellion: Zombie Army VR would be both fun and frightening!) As such, taking on enemies with great concentration couldn’t be accomplished, since too much was happening around me to be able to focus properly. 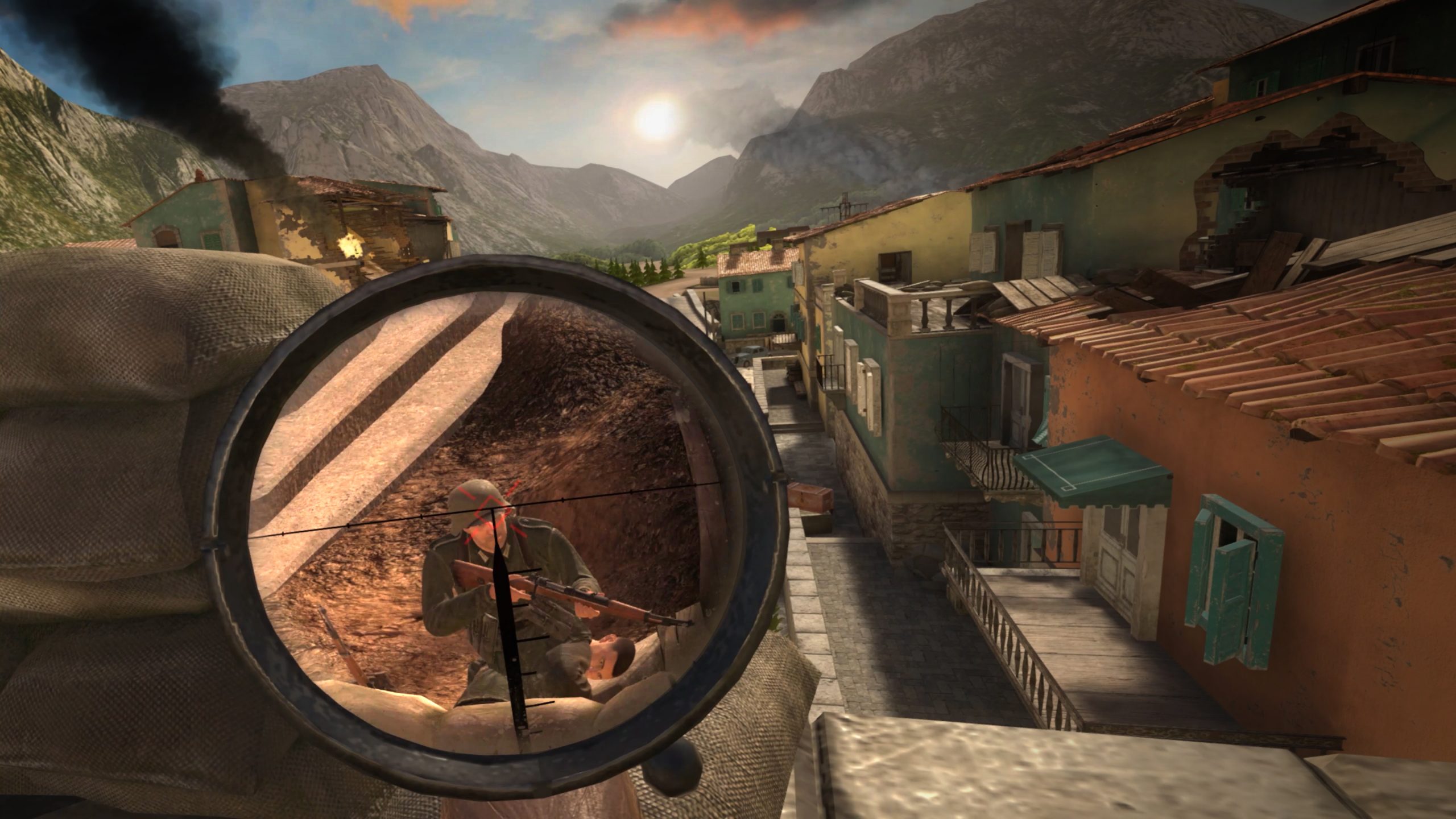 When it comes to the weaponry, Sniper Elite VR offers a fine assortment to choose from. Pistols, shotguns, rifles, and even the occasional bazooka come in handy when it comes time to take out some Nazis. Having the ability to switch through them with ease makes even the fastest gun fights a lot easier to deal with. Even more fun is when you have a grenade handy, as you can take out a couple of nasty soldiers with just one toss.

Alas, the actual sniping part of the game isn’t as fun and intense here as in other Sniper Elite games. In fact, not only is it difficult to line a shot, but the way you have to maneuver the DualShock 4 and the PlayStation VR headset to see through the lens is downright awful! Trying to take a shot through the scope, holding my character’s breath, and pulling the trigger requires a painful amount of multitasking, to the point where my neck started making noises it probably shouldn’t! 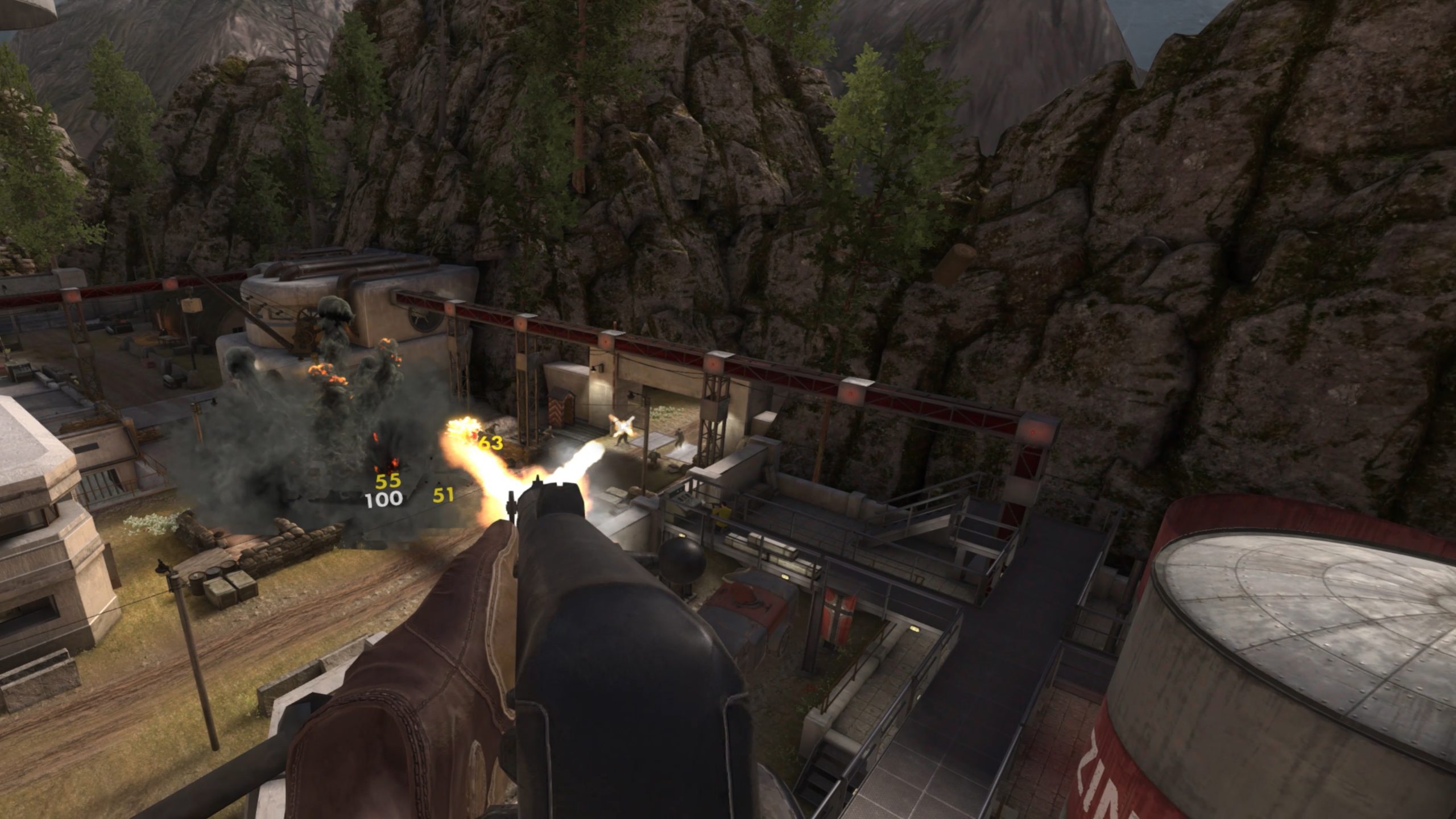 As for the movement, I had a lot better time using the teleport system than free movement. While teleporting had its fair share of problems with alignment, switching angles quickly made for easy fixes. Free roaming, on the other hand, gave me a bad case of motion sickness, something that no other VR game I’ve played has ever made me do. I had to quickly switch it back to the teleport system, as free roam was making me break out in a sweat and tying my stomach in knots! (Thankfully, I didn’t barf!)

One other trademark of Sniper Elite has been neutered in its VR version: the X-Ray Kill Cam. In other games, you’ll see how your bullet travels from your gun to the target, showcased in beautifully gory glory. Here in Sniper Elite VR, you’re shown almost always the same soldier getting gunned down in the place you aimed, with nothing unique between your different kills. This is where the wow factor should be in this game, but its presentation will turn many of your “wows” into “ughs”.

Sniper Elite VR should be a grand slam experience. Sadly, it can barely get a bunt in. Although it’s got terrific immersion, the aiming and free roam modes make this a bleak mark on this franchise’s reputation. Maybe it’s better on other VR platforms, but on the PlayStation VR, Sniper Elite VR waves a white flag before it even has the chance to be the hero it deserves to be.