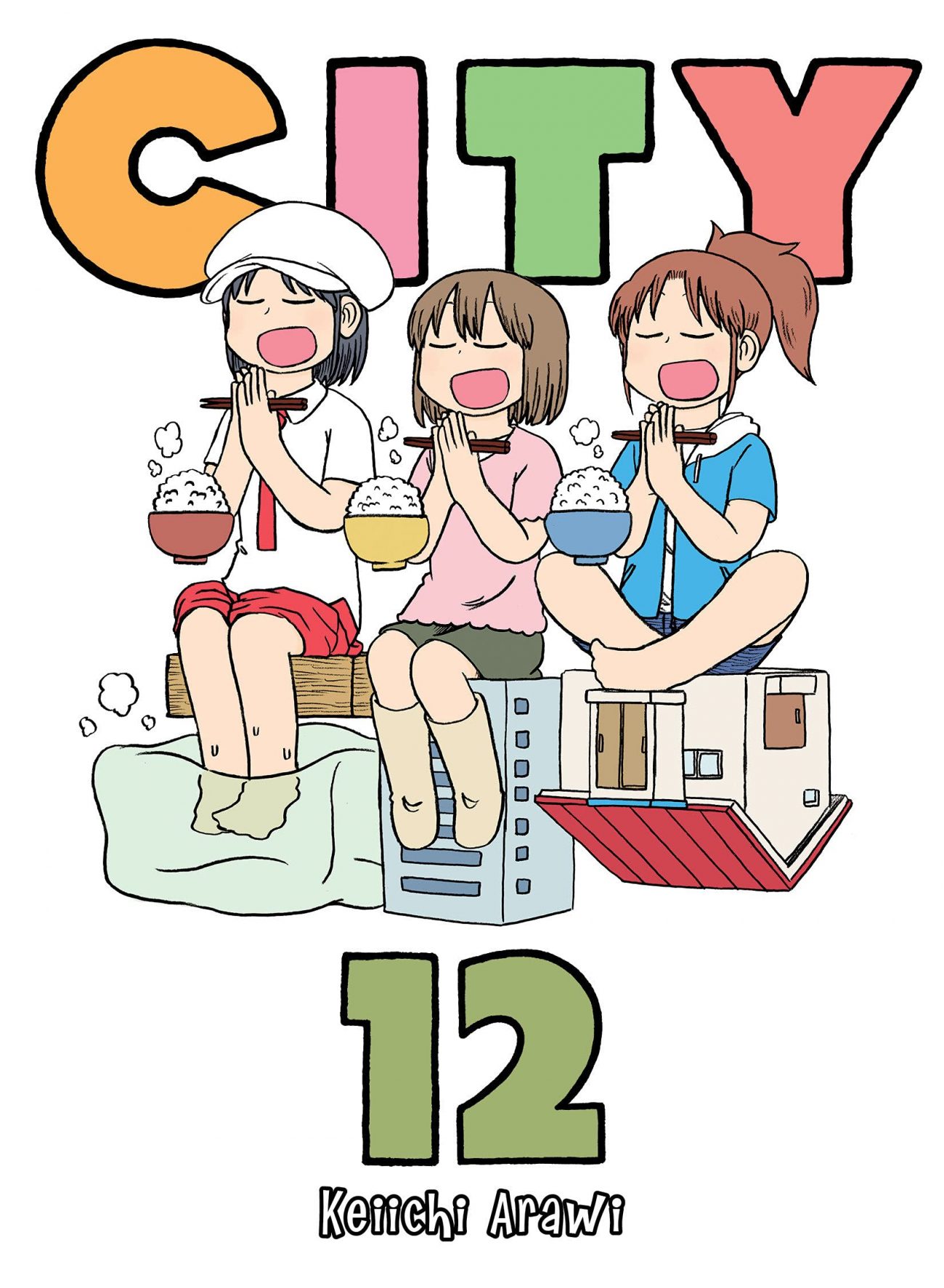 Change can be for the better, even when it deals with Keiichi Arawi’s CITY. The mere act of changing just a bit can result in great things. From paying off rent to revamping a daily routine, a simple mix-up of one’s doing will bring a shred of good into one’s mind and soul. In its twelfth volume, CITY aims to demonstrate the power of change, as well as why this town’s such a special place.

Nagumo attempts to pay her rent to Granny, who won’t accept until she gets on her knees and begs. A look into the daily lives of Wako and Niikura showcases the differences in personality between the two friends. Meanwhile, after a photo contest occurs, Mr. Tsuru becomes an unlikely celebrity, with his quick fame already going to his head. And in the sewers below, the mysterious creatures of the town reunite in search of the safest place for them. 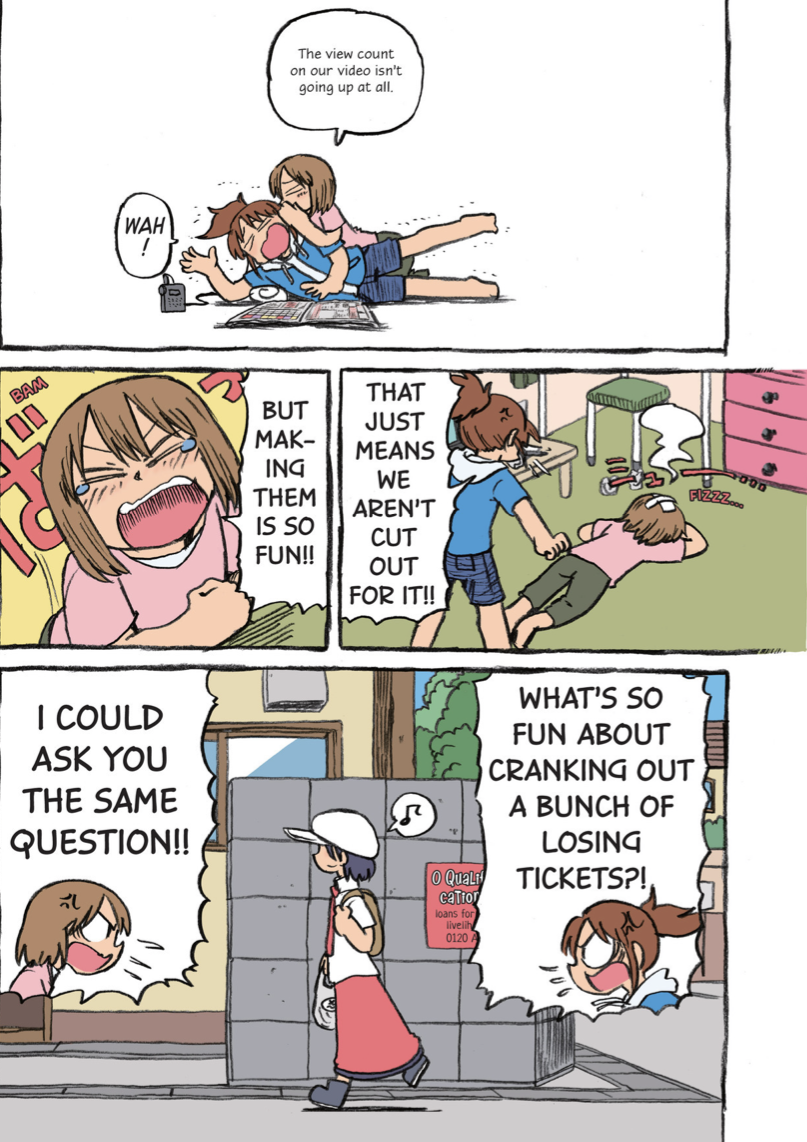 While the crazy is still in full gear in CITY, there’s a sense of gratification that comes off of these characters. Nagumo’s proud that she’s finally able to pay for her housing; Niikura has found her precious locket; and the Tekaridake troupe have their play almost finished. There’s a sense that these citizens know that the checkered flag is up ahead, so they’re doing all that they can to cross it with head held high. Yet even when the goal is reached, there’ll be that realization that nothing is better than living in a town like theirs, as evident by the mysterious creatures’ conclusion.

Even with this sense of finality lingering in the air, there’s still time for plenty of laughs. The soccer captain faces off against a hooded foe, resulting in a very anti-climactic penalty kick battle. Nagumo’s need to pay off Granny keeps the visual comedy going strongly, with the old bat’s skills reaching true grand master levels. However, it’s the relatable cheese-stuck-on-box chapter that brings the biggest chuckles, as anyone who’s eaten out can attest the frustration this can cause. 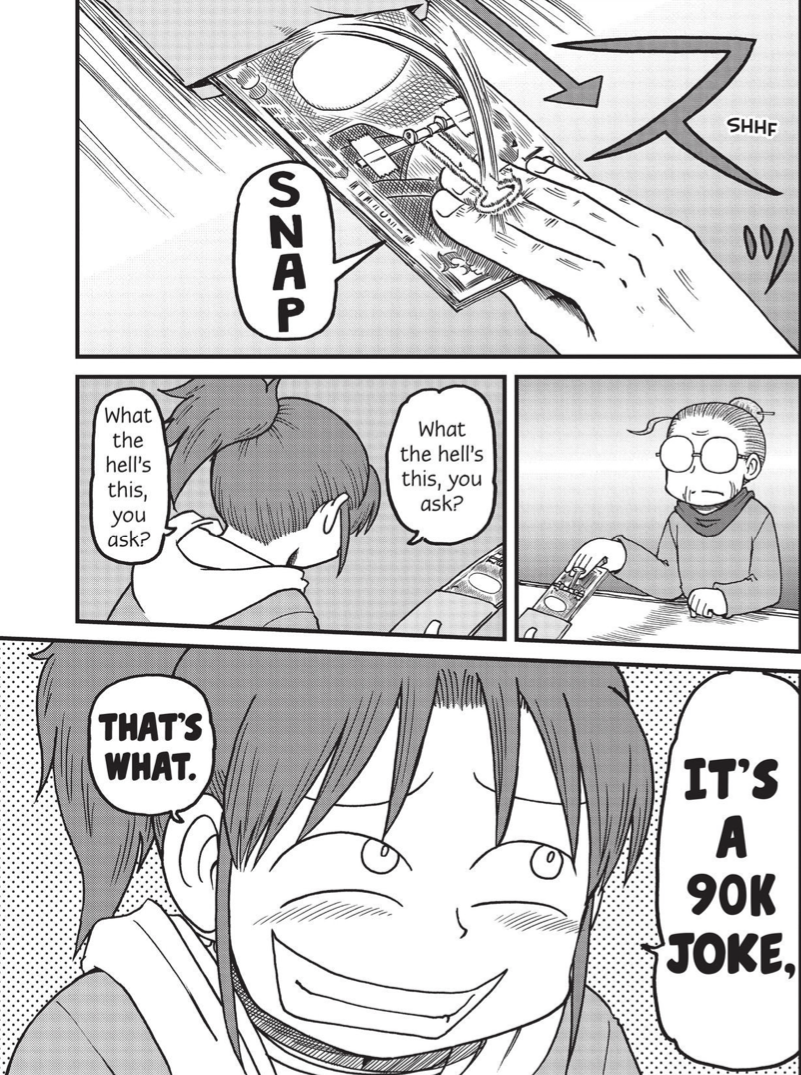 There’s only one volume left of CITY after this. In a way, Volume Twelve prepares readers for the inevitable conclusion. However, one can’t help but feel sad that such a charming and riotous manga is coming to an end. But in a way, one should feel grateful that it’ll end before the comedy gets as stale as a sewer acorn. Until the end arrives, be glad that this latest volume of CITY sets up for what could be one zany finale!