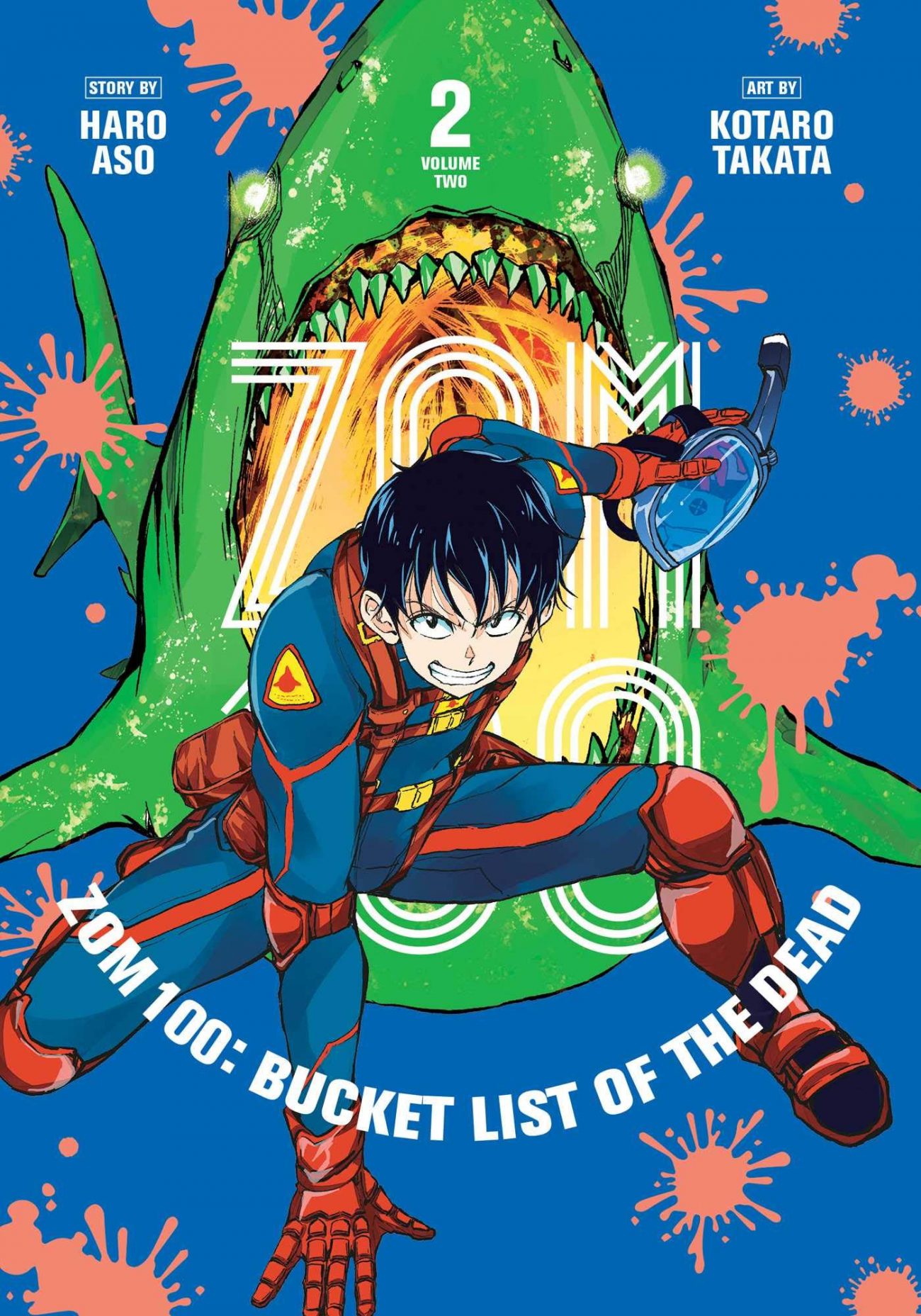 It’s nice seeing a breath of fresh air blown into a tired sub-genre. When it comes to zombie stories, it’s narratives like Shaun of the Dead, 28 Days Later, and even Pride and Prejudice and Zombies that shine the brightest due to it staying far away from a formulaic formula. Zom 100: Bucket List of the Dead, the latest manga from Alice in Borderland scribe Haro Aso and I Am Sherlock artist Kotaro Takata, could very well be placed these other great tales of the undead, as evident by its second volume.

Split into two stories, the second volume of Zom 100 has former salaryman Akira Tendo and his college buddy Kenichiro Ryuzaki adding and crossing off things from their bucket list. A quest for a better TV results in a run-in with trapped flight attendants, resulting in an impromptu wine-and-dine. During this scenario, Akira remembers his childhood dream: to be a superhero! His “noble” act winds up causing a rendezvous with a mystery girl from before, with the woman laying in some truths about what a true hero really should be. 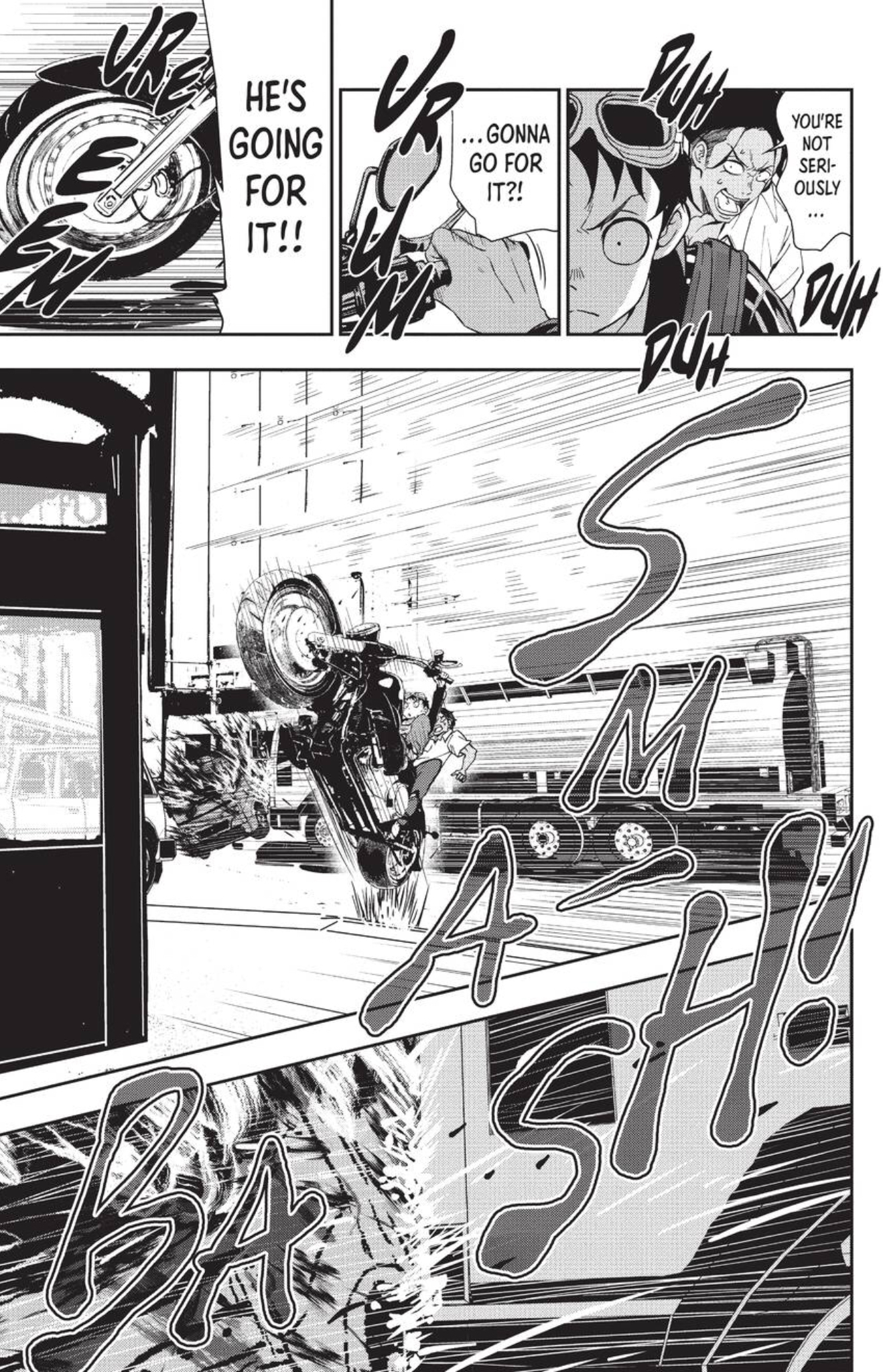 There’s a good balance of humor and drama in this volume of Zom 100, especially in the “Flight Attendant of the Dead” story. What starts as a crazy downward spiral towards the worst dinner date imaginable transforms into a tale of finding one’s purpose and dreams in life. One moment, you’re laughing at Akira after he attempts to down an entire bottle of Jim Bean; the next instance, you’re feeling awful for him after seeing what becomes of his newfound friends. It’s moments like this that make for some deep and world-building storytelling.

With that being said, it’s Takata’s art that’s the shining beacon in this volume. Watching Akira and Kenichiro ride hard through Ikebukuro demonstrates how badass the former slaved worker has already become. But it’s in “Hero of the Dead” where Takata embraces the absurdity of schlock horror movies. The sight of a zombie shark maneuvering out of water thanks to zombie divers walking it around through its stomach is a level of insane that would make a writer of those terrifically bad SyFy films jealous beyond belief! 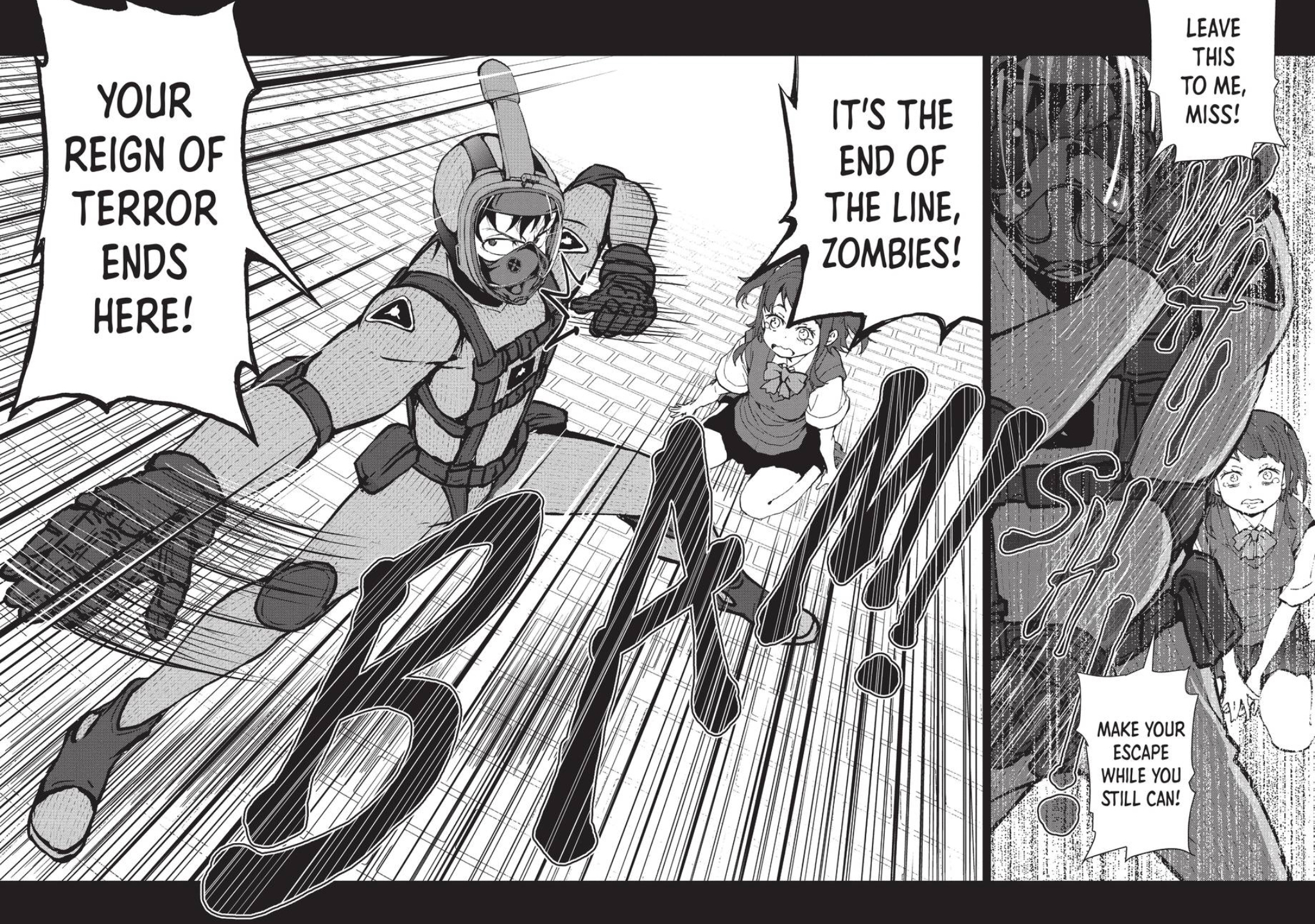 Volume Two of Zom 100: Bucket List of the Dead sets up the narrative with its main goal: to live and feel complete before the undead come to end it all. Akira and Kenichiro’s journey to fill and complete the list is looking to pave a road filled with laughter, excitement, and surprising heart! One can’t predict what sort of fate will befall our two main heroes of Zom 100, but from its first two volumes, it’s easy to grab a motorbike and tag along for the ride that’s ahead!