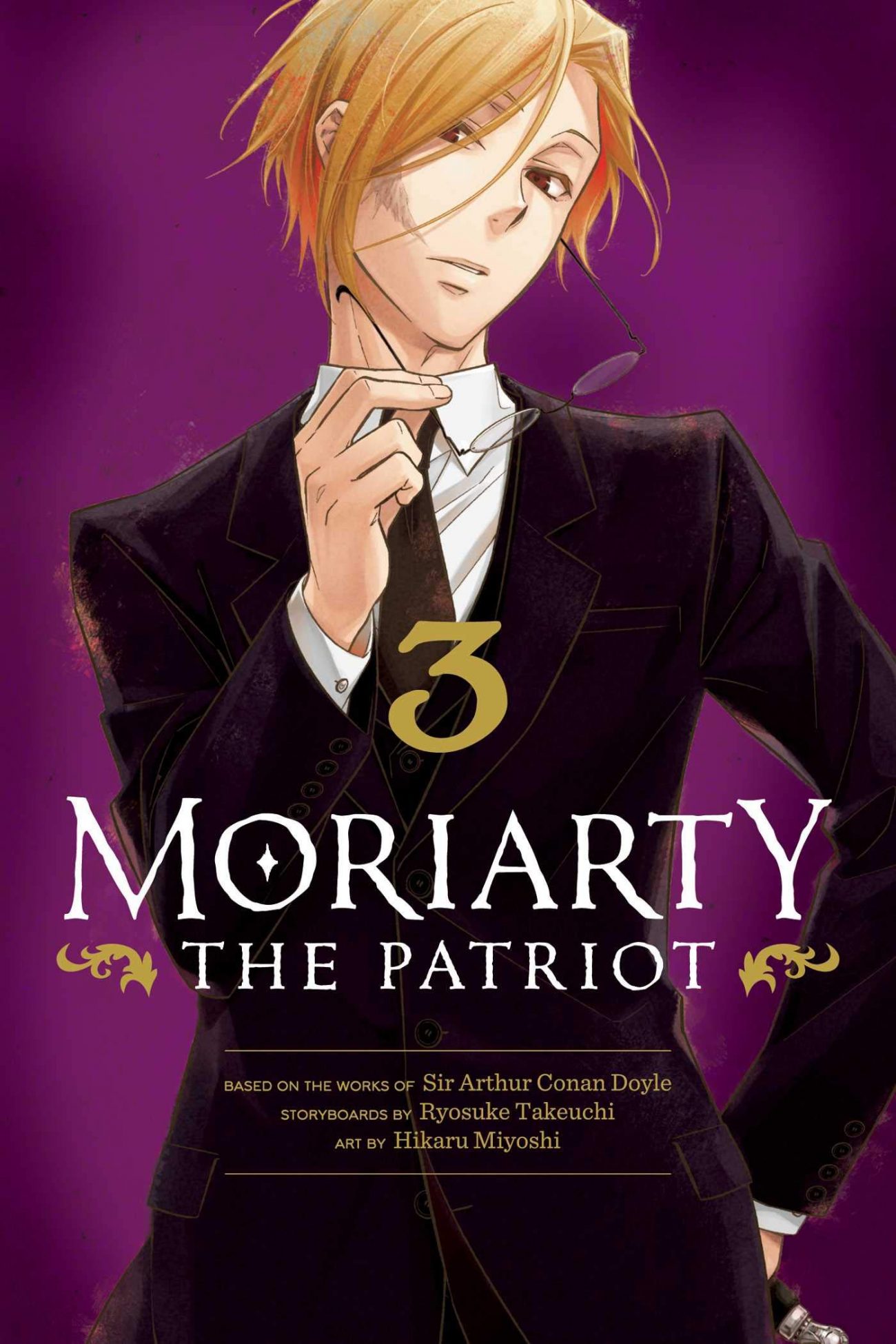 The tales of Sherlock Holmes can go down some dark paths, but it was up to one’s imagination to see just how shocking Sir Arthur Conan Doyle’s stories could get. It’s only when you see the gruesome atrocities when one realizes the lengths that were made in order to cast the picture of true evil. Moriarty the Patriot has done not just a splendid job with showing what happens on the other side of the law, but also with the sheer horrors of the crimes committed. However, in its third volume, some may say that Ryosuke Takeuchi and Hikaru Miyoshi push the envelope a little too far.

Volume Three begins where the second volume ends, as Sherlock Holmes is arrested for a crime he didn’t commit. As he and Watson dig for clues, Holmes discovers who the true culprit is, and why he may have some level of sympathy for the killer. Afterwards, Moriarty and his gang infiltrate a nobleman manor, where one of the greatest of crimes is being committed: hunting humans. What’s worse, the most recent batches of prey have been homeless children, who’ll do anything to survive. 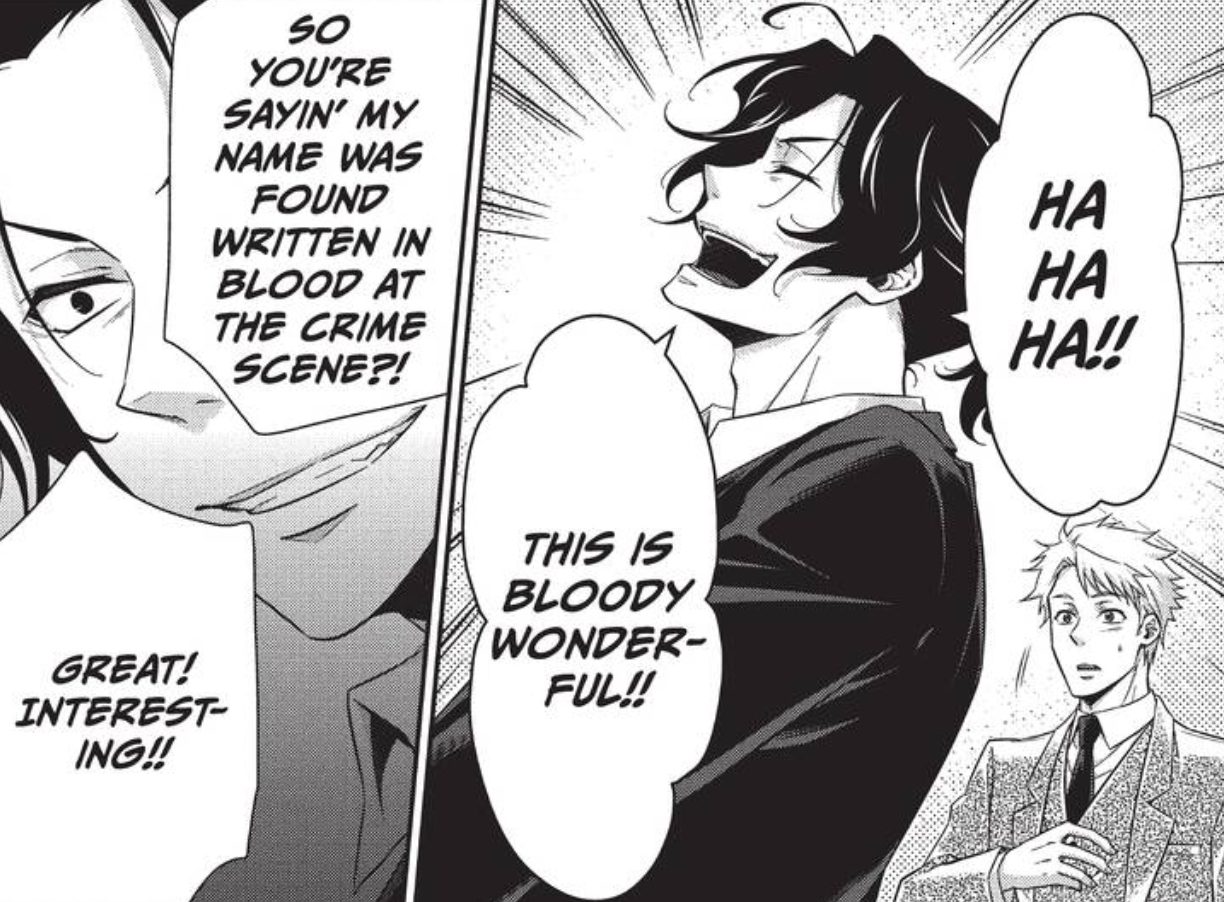 The first half of this volume showcases Sherlock Holmes at his wittiest. As he runs circles around the police while finding the real killer, the resident of 221B Baker Street is working nonstop to plant the right seeds that’ll bear the fruit of his labors. It’s fun to watch Holmes and Watson on the case, with the same level of smarts and cleverness one saw in Moffat’s beloved adaptation. With that being said, as Moriarty the Patriot was advertised as showing the crimes from the perspective of Holmes’s greatest adversary, it’s disappointing that Holmes & Watson claim the spotlight in this story all for their own.

However, it’s in “The Hunting of the Baskervilles” where Moriarty and his siblings get their moment to shine. The story in itself is one that’s a marvel to watch unfold. With that being said, the brutality that’s thrown upon these children may give some readers a weak stomach. Nothing is held back regarding how much the hunters hurt the children, whether’s it’s burning them alive or chopping their heads off. Perhaps that’s why Moriarty and his crew’s actions are shown in a quite euphoric manner, as anyone would dare wish to see the comeuppance of these foul and disgusting noblemen. 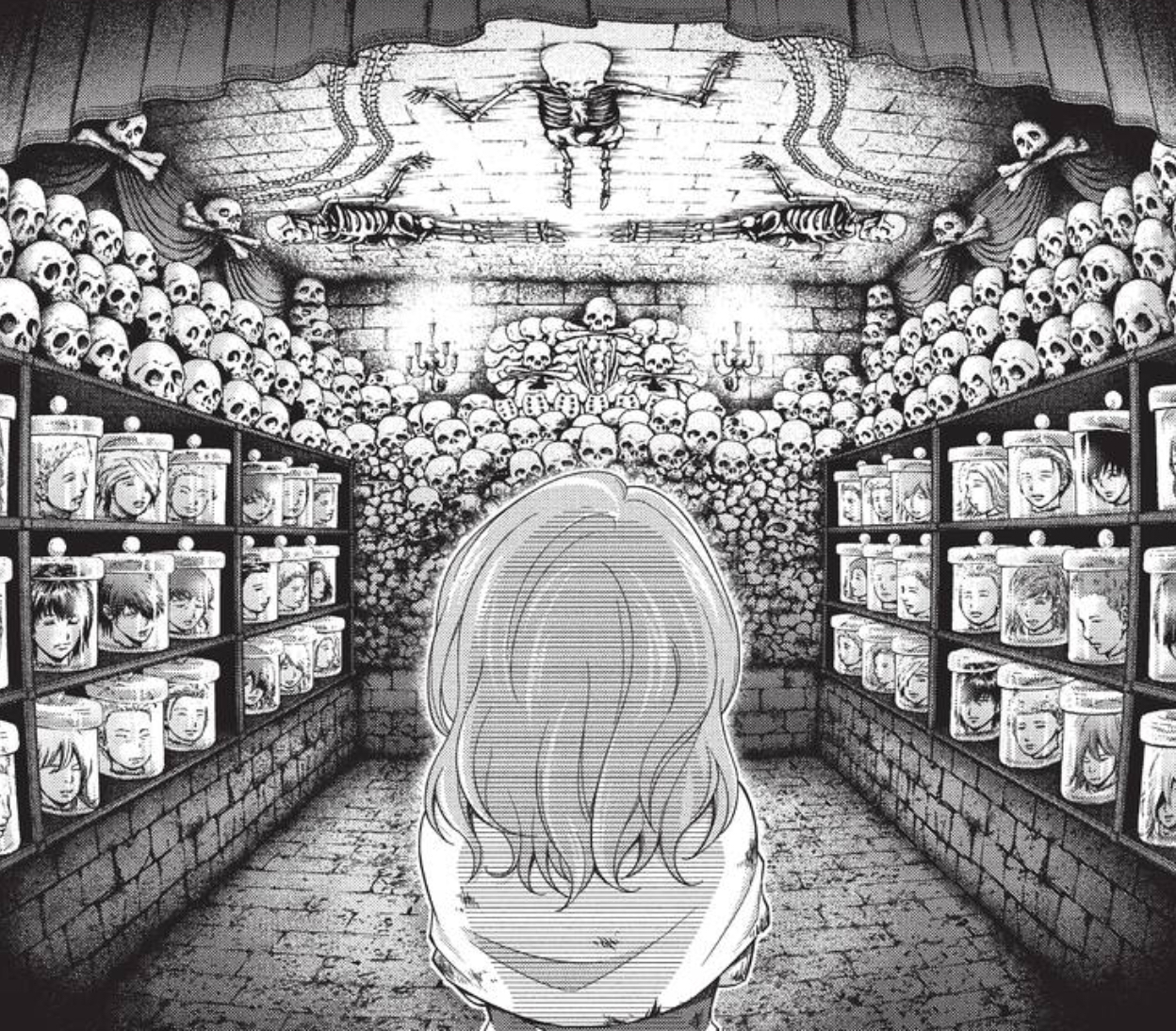 It’s also here where Miyoshi’s talents as an illustrator are pushed to some cruel limits. The sights of a child plucking his eyeball out and a young girl beheaded are showcased with grim detail. These scenes are not for the faint of heart, and I wouldn’t be the least bit surprised if Production I.G avoids adapting this story in its anime adaptation because of just how far it pushes the limits of what’s allowed on television. (An OVA or even theatrical short might be the better place to adapt this particular story, if the animation team has the toughness to bring to life what Miyoshi has.)

Moriarty the Patriot is all about the most foul of the upper class getting what’s coming to them, and Volume Three demonstrates just how far the titular character will go. Where “A Study in S” shows the strengths of Homes & Watson as detectives, “The Hunting of Baskervilles” is all about the lengths Moriarty will go to topple over a class system that’s been breaking the backs of the poor. This volume is not for the faint of heart, and one would understand why they’d skip the second half because of its content. For those who can, well, prepare to see how many lines Takeuchi and Miyoshi cross in order to prove a point. 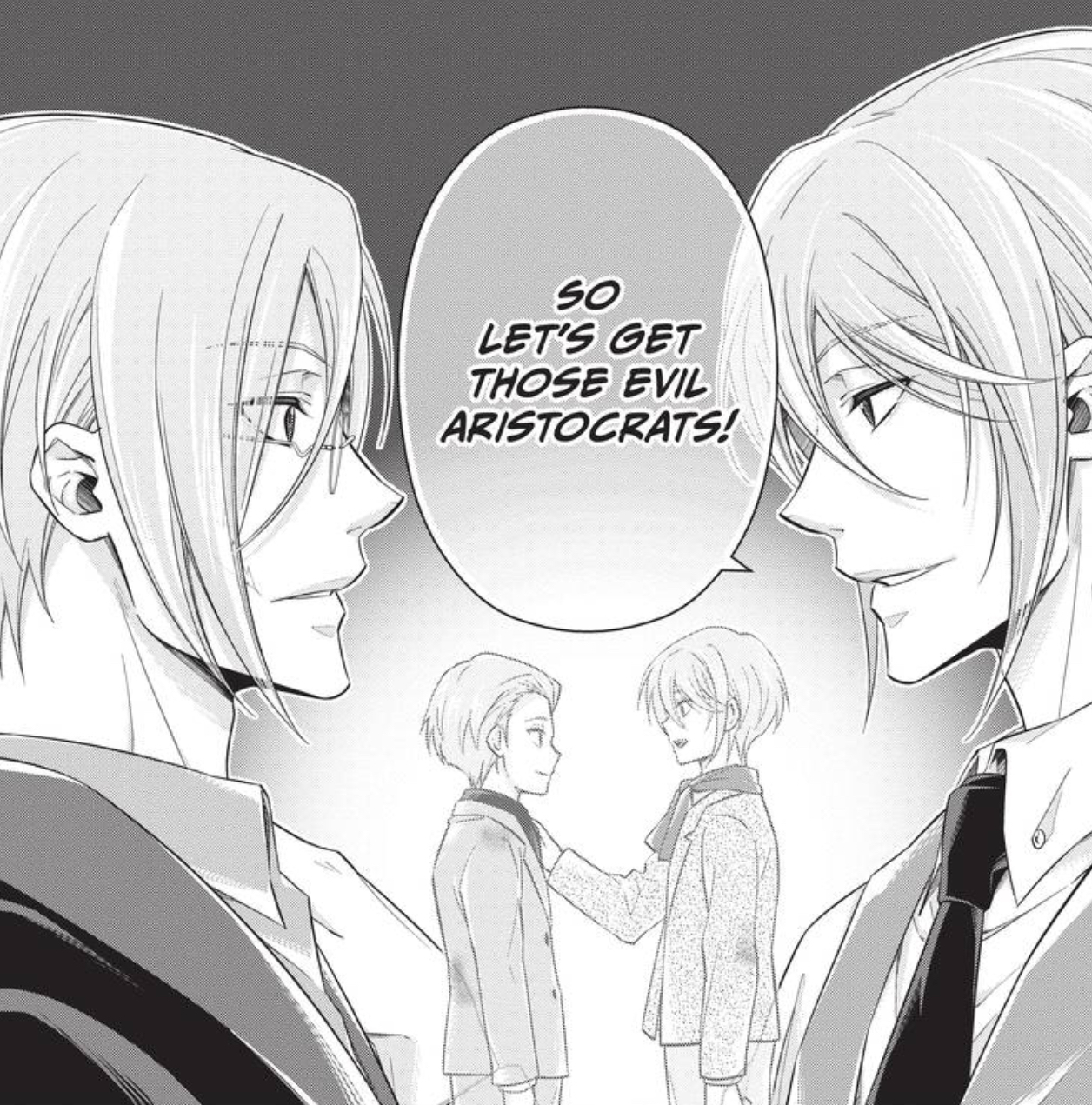