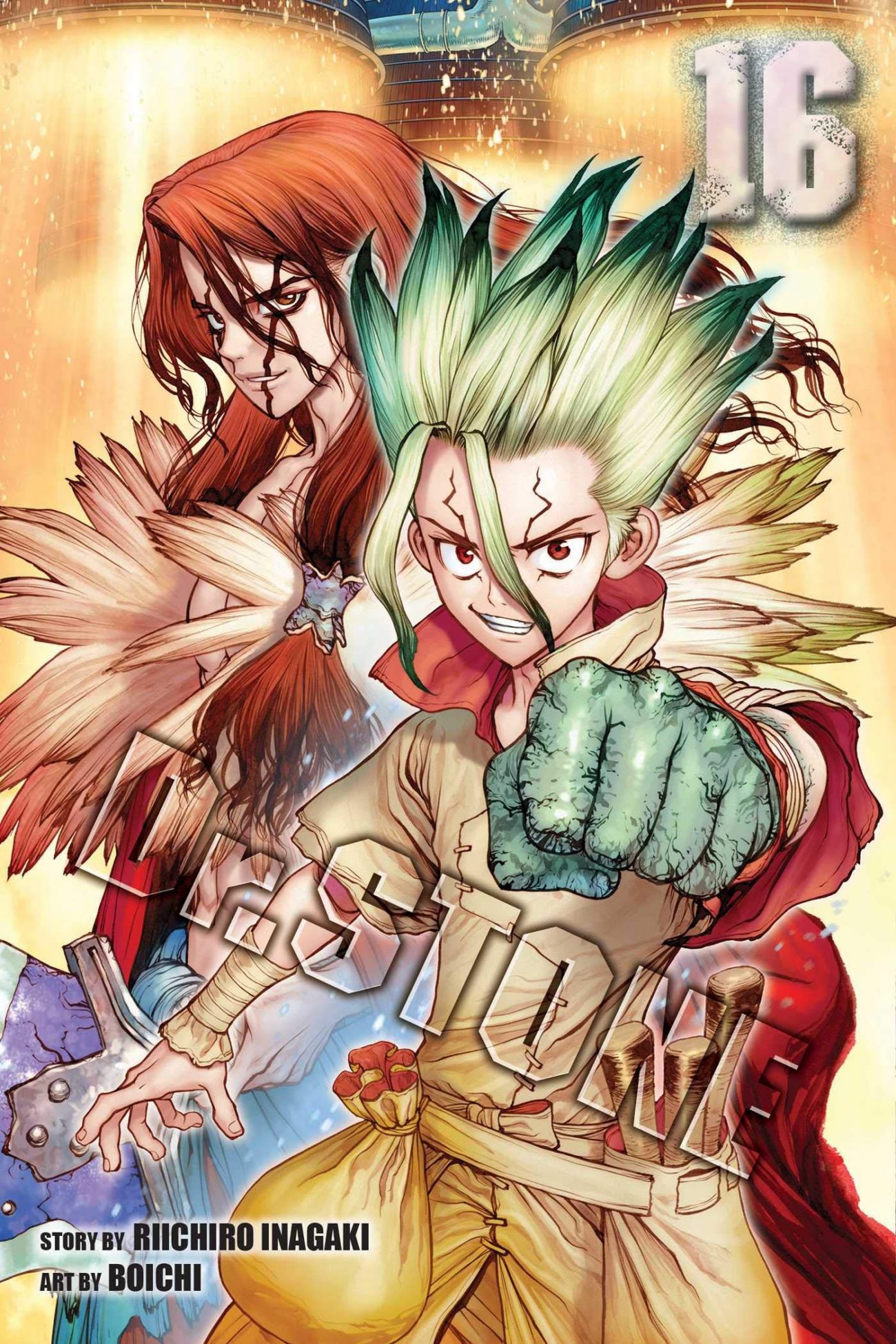 “I recently realized that in an era of human crises when we must believe in the power of science and intellect, Dr. STONE is an allegory about people saving humanity.” This quote from artist BOICHI serves as a great reminder of what makes Riichiro Inagaki’s story one of the most powerful shonen manga in recent memory. Because when all the chips are down and the bets have been made, it’s always science that comes out on top when it comes to solving the world’s biggest problems. This is very evident in Dr. STONE’s sixteen volume, where the Kingdom of Science finishes it fight with the Petrification Kingdom.

Senku and Ibara now face one another in order to lay claim to the petrification weapon. With almost every trick in the book thrown by either combatant, the two heads of their kingdoms fight tooth & nail to be the final man standing. But as soon as the battle ends, another foe comes out of the woodwork: the mysterious Why-Man, whose location Senku quickly figures out. With their next target in sight, Senku sets off to revive his mightiest ally, who may or may not be thrown off-guard by the genius’s next plan! 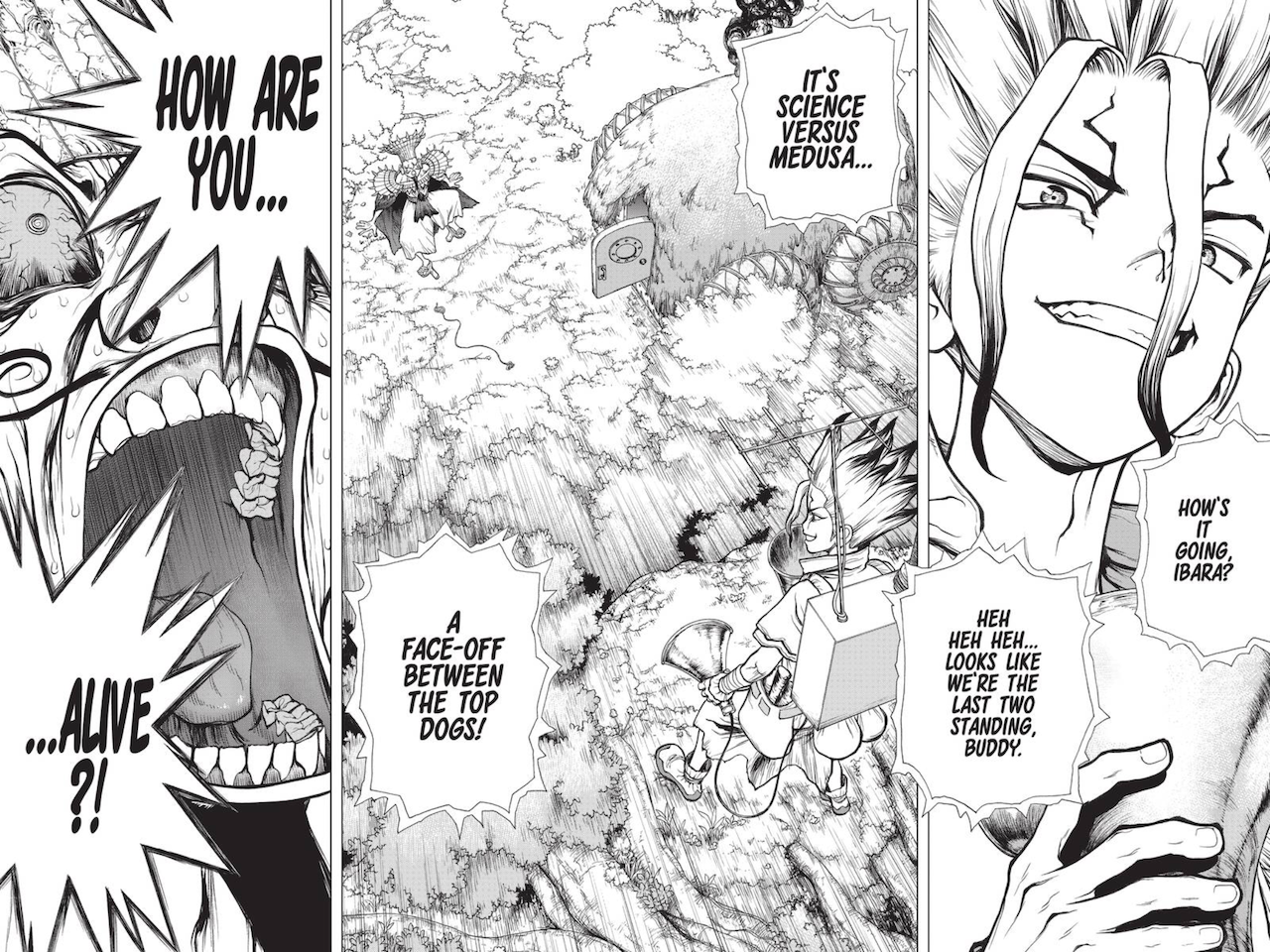 There’s this level of excitement that’s in full swing when Senku takes on Ibara, throwing every plausible solution and the like at the villain like a pro boxer tosses their punches. You’re not sure exactly how Senku will be able to topple an enemy that appears to be one step ahead of the curve. However, it’s a little do-dad from the 21st century that plays into the Kingdom of Science’s plan, in a way that makes every second of the mission count. When the final jab is thrown, the feeling of seeing the outcome in black & white is pretty euphoric!

This now leads to what is the next arc of the story. Now with the (former) Petrification Kingdom as their allies, Senku and the rest of the team set off on their mission to revive all seven billion people. With a plan that’ll take them to the seas and stars, the Kingdom of Science prepares for what could very well be the endgame of Dr. STONE (unless Inagaki finds a way to pull the rug under us in some way). It leads to some more reinventions, as well as a feeling of excitement from the citizens that hope that they’ll come out on top. 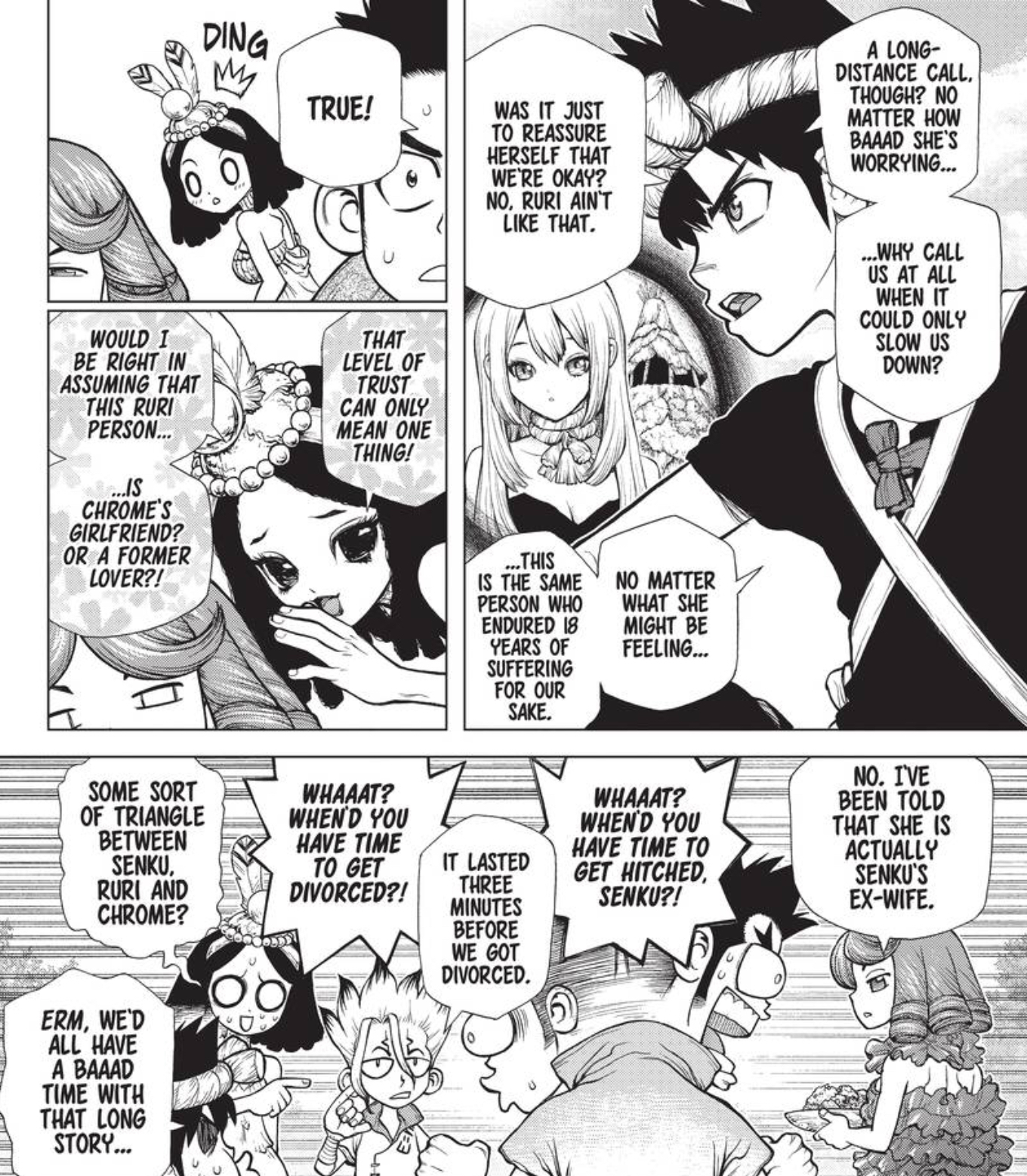 It also leads to some of the strongest humor in the manga’s recent history, especially when it comes to Ginro. A revived warrior mistake s him for a once powerful ruler, pushing the moron to have an ego that keeps growing as the day goes on. Of course, it takes a certain behemoth to finally shut him up and put him in his proper place, albeit with a sign of good sportsmanship over the idiot’s shocked body. But it’s the warrior’s reaction to Senku’s next quest that brings the biggest laugh of all, as readers have never seen an expression quite like that on their face.

But it’s the overall message in the sixteenth volume that holds up the most amongst the rest of its strengths. Even when Senku flashes back to when he was first revived, he realizes that things are much different now than they were years back. Not only has he grown stronger, but he’s gathered plenty of friends and allies to help him on his quest to bring back humanity from its stone prison. It’s a powerful moment, as it goes to show that the most brilliant of minds needs a good crew in order to achieve the impossible. 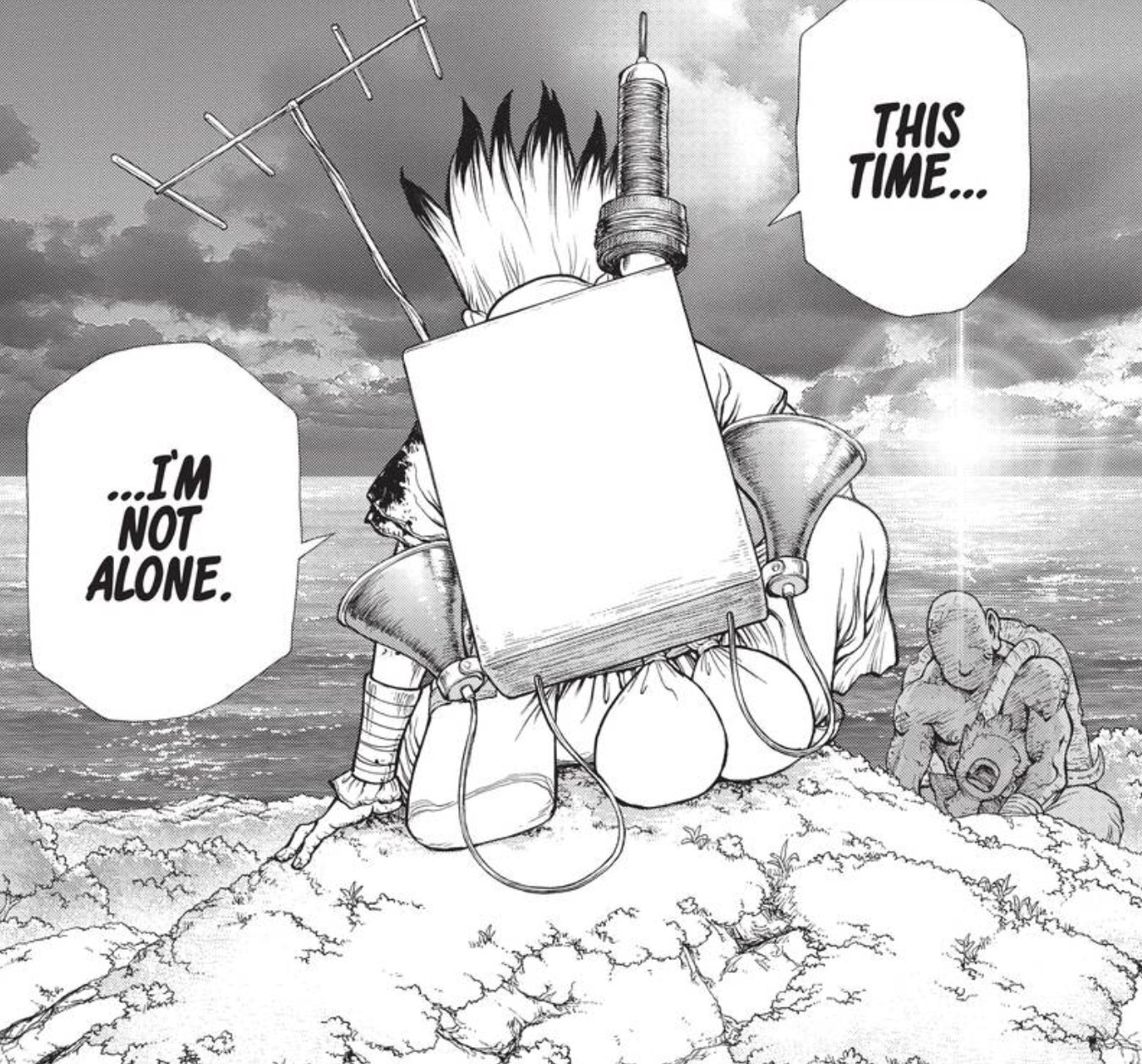 Dr. STONE showcases a plethora of brains, brawn, and ball-busting humor. Volume Sixteen is a great reminder of why Inagaki & BOICHI’s work is not only the best shonen manga currently running, but also one that any reader can pull something deep and meaningful from. In a world where we need both the best in science and the best of humanity to survive, Dr. STONE has shown that we can be capable of becoming better citizens of the universe if we keep trying our very best. And in the current climate that we’re living in, it’s safe to say that everyone needs to read this series to be reminded as such!