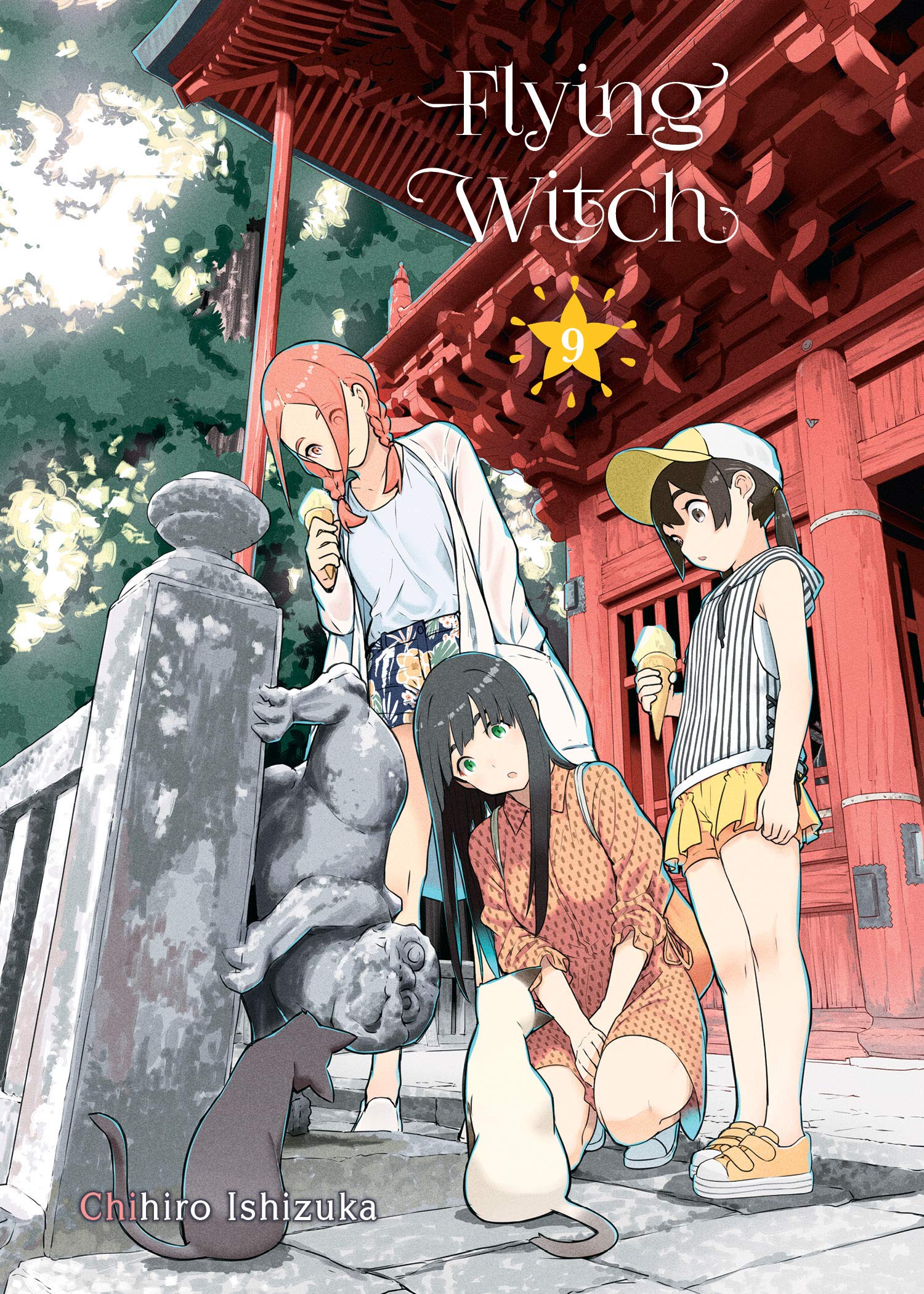 Chihiro Ishizuka understands that perfect balance of comfort and comedy that make a great iyashikei. Her Flying Witch series is filled with magic, whimsy, and out-of-nowhere laughter. For the past couple of volumes, Ishizuka has attempted to expand the world that Makoto and the gang roam through. In its ninth volume, Flying Witch introduces its readers with some unique parallel worlds!

The festival season hits the town of Aomori, as Makoto and her friends bear witness to both a traditional parade and one that’s otherworldly. A trip to the ocean has Chinatsu reunited with her greatest rival, with a tidal wave ripping them into a mystical place. Meanwhile, Makoto’s mandrakes get a little too comfortable in her room, and Inukai's interview with a reporter gets slightly chaotic thanks to her mousey familiar. Plus, Makoto, Chinatsu, and everyone else in their circle come across their greatest challenge yet: the biggest parfait known to man!

Flying Witch understands the art of storytelling, while at the same time letting its readers get comfortable with new surroundings and new mystical beings. Instead of trying to go for some little laughs here and there, Ishizuka instead throws one massive curveball after another when the mood calls for it. Case in point, a bit involving the tastiest rice from the otherworldly festival starts off as something sweet, only for Chinatsu’s discovery of its origins to lead the tone towards peak hilarity. The same goes with the mandrakes, whose cuteness leads towards a situation where they creepily worship Makoto like a god rather than a mother.

But when it just wants to go for laughs, the series does that pretty well without it feeling forced. Inukai's interview with a reporter interested in the supernatural starts off in a normally calm manner, only for it to escalate to silliness thanks to her familiar’s antics. Add on the blabbermouth of a young and excited kid, and what occurs is the sort of chaos that’ll give any reader a hearty laugh. A story involving the ghost samurai Okada helping serve food to deity statues with the shy Hina also leads to some silly complications, no thanks to two giants who can’t help but fight with one another.

Volume Nine of Flying Witch once again wraps up some of the most comforting joy in manga today. Where Laid-Back Camp has its gorgeous scenery and Amanchu! its pretty underwater worlds, Ishizuka’s creation instead finds that every day magic that keeps people wondering about what human eyes can’t see. It’s a relaxing fantasy that you don’t get often in its genre, where there’s plenty of mystical elements, but none of that confounded danger that usually attaches itself to the magic. The only downside yet again: having to wait almost a year for Flying Witch’s tenth volume to come out! (Seriously, doesn’t Kodansha Manga know how punishing this wait can be?!)

No Borders No Race: #StopAsianHate