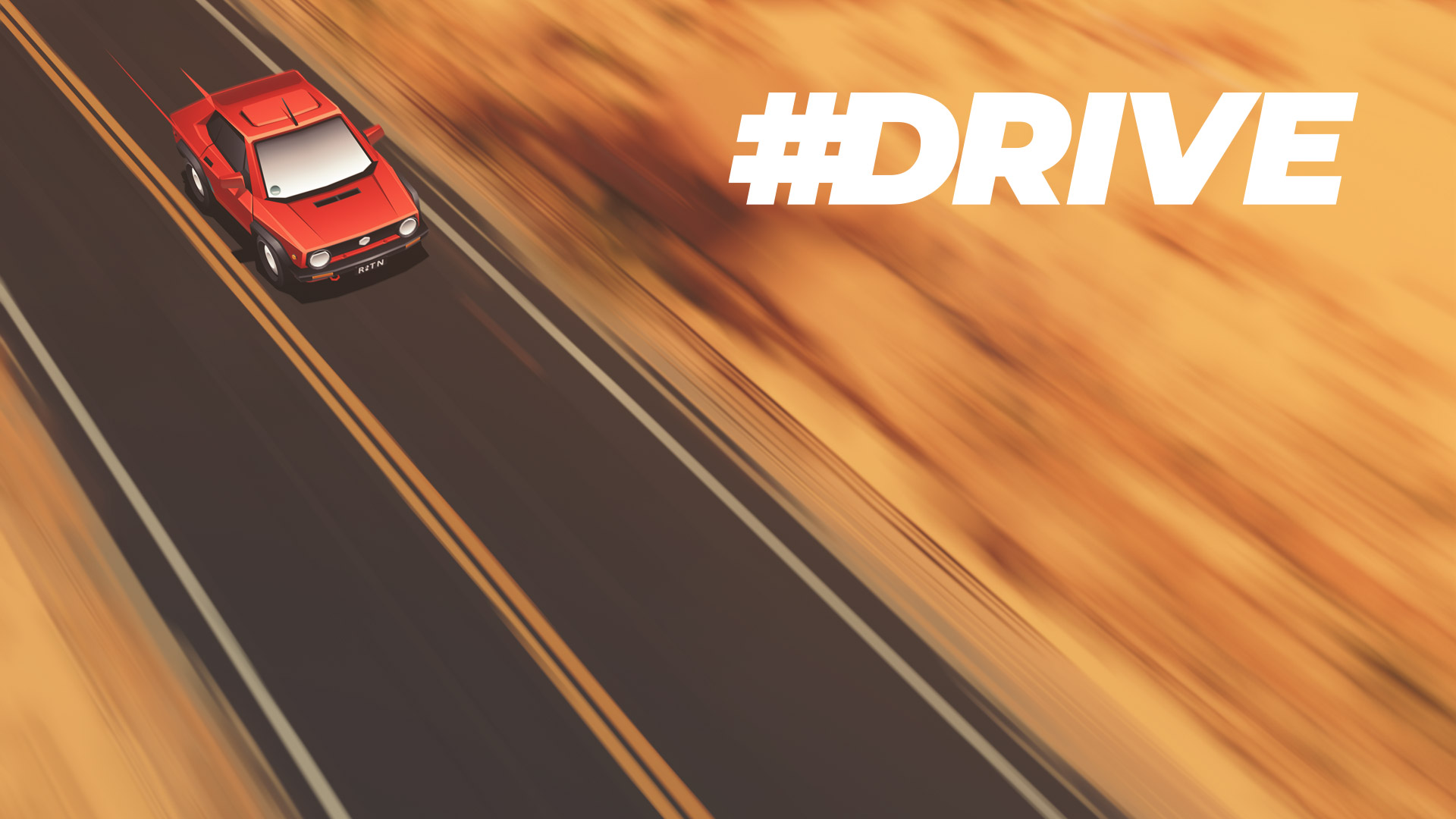 Sometimes I like a driving game that isn’t too complicated. With the plethora of realistic titles on the market, it’s nice to try your hand at one that not only doesn’t take too much brain power to figure out, but can also be relaxing when in the right mood. PM Studios and Pixel Perfect Dude’s #DRIVE is such a title that’s good to put on when you need to turn off your mind and traverse with hazy thoughts. However, it does so with some flaws.

Inspired by car films of the 1970s and 1980s, #DRIVE is an endless driver, where players can ride through seven areas of the world. From the deserts of America and the small towns of Germany to the island getaways in Asia and even Mars itself, the roads are paved with cash, calamity, and even the occasional cop or two. As you play, you’ll earn more points needed to unlock more locations and vehicles. Said vehicles can even be upgraded with better speed, acceleration, and even another splash of color.

On the surface, #DRIVE looks like something you’d find on your phone’s App Store. It’s fairly easy to see some comparisons to those kinds of games, as the likes of Subway Surfers and Temple Run will come to mind with how the game is set up. Because of this, some may be turned off by its simplistic means and gameplay. With that being said, the game does offer enough charm to make it stand out slightly.

Riding through snowy areas and quiet French countrysides gives the game some good challenges. This is especially true when dealing with other vehicles and hazards that’ll end your trip abruptly. Collecting bottle caps (the game’s currency), refueling & fixing vehicle damage, and evading the fuzz can be tough when you are attempting to just keep wheeling onwards without stopping. As such, learning out to drift and to destroy for coin without banging up your own car will lead you towards unlocking many of the game’s vehicles in quicker time.

However, it does take a very long time to get your garage full. In an hour’s time, you can unlock maybe one new area and perhaps one or two cars depending on your game skills. Hence why it’d be best to suit up one’s skills in The Learner Park before attempting a long haul of a drive (which will throw all the hazards your way in a compact area). The ability to upgrade your vehicles can also take some time, meaning that you’ll be forced to sludge on through for awhile before you can see some real progress.

Perhaps this is why I prefer #DRIVE as a game to get a quick escape on. Turning on the Zen Mode will result in less vehicles, hazards, and the necessity of gassing up when needed being gone completely. Riding through these areas with little worry can feel rather relaxing, especially when playing in the Switch’s handheld mode whilst lying on a comfy bed. The roads are set up in this mode so as to let your mind drift and decompress instead of having your car drift off the road and into a ditch.

Yet even in the relaxing Zen Mode, I can’t help but roll my eyes every time you hear the voice of the driver. With a phoned-in performance, he delivers his quips with an annoying level of laziness. It gets worse when the dialogue starts to repeat, which will happen mere minutes into #DRIVE itself. I’m not expecting top quality writing for a small game, but at the same time, I could’ve done without hearing the voice of the driver whatsoever.

#DRIVE isn’t a great game, but it does have enough character to be worthy to play once in awhile. Even though it took more inspiration from exciting driving flicks, it’s when it’s a lot calmer when Pixel Perfect Dude’s latest feels right. If you need an adrenaline rush, then stick with stuff like DIRT or Need For Speed; #DRIVE is more for those who’d rather unwind their brain rather than ride a winding road.