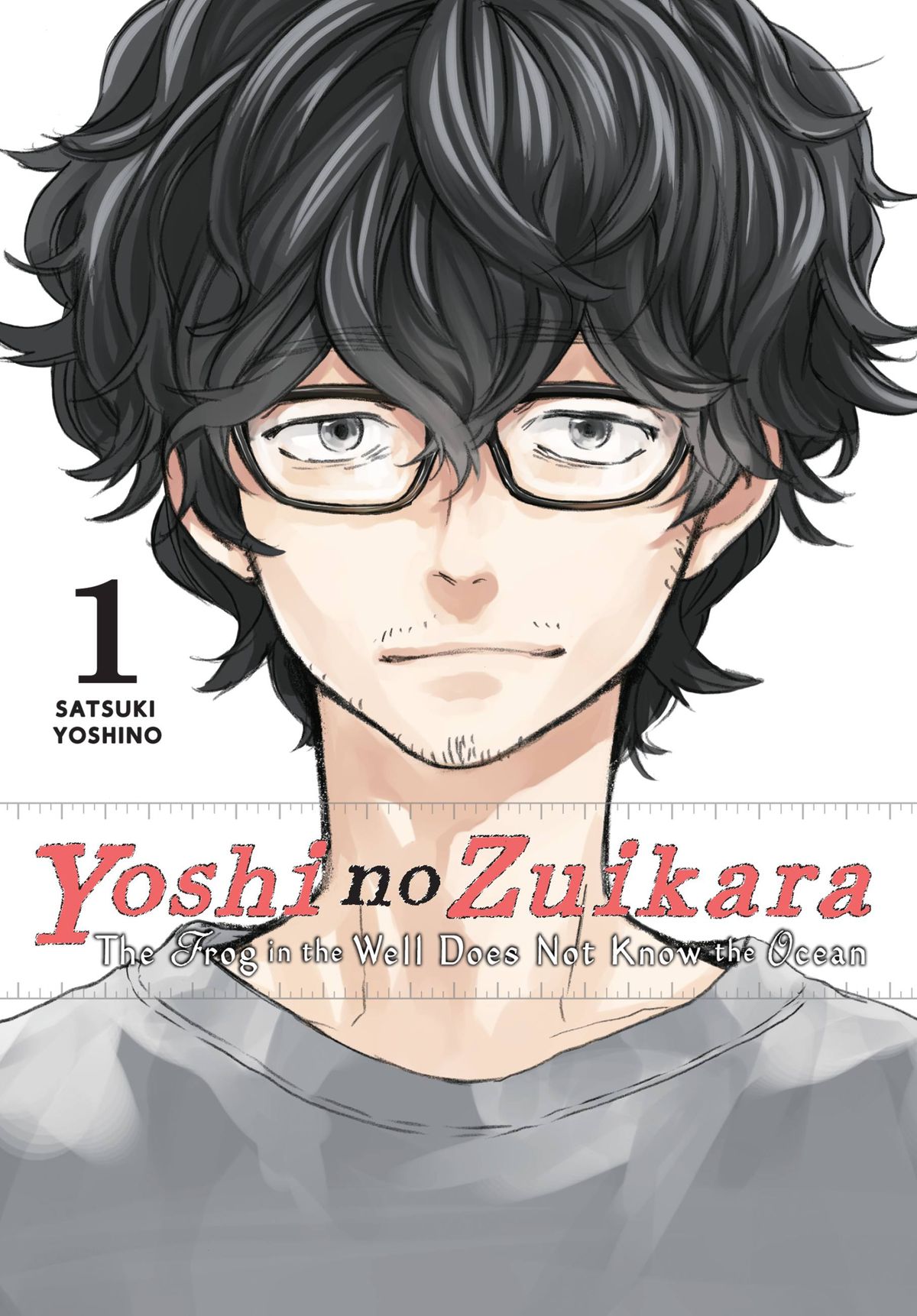 When in doubt, write what you know. It’s this sort of mantra that leads people to craft great works of entertainment. Kevin Smith’s Clerks was based on his time working at a convenience store; Harvey Pekar’s American Splendor was his day-in-the-life tale brought to the realm of comics; Shotaro Tokuno’s NEW GAME! took his experience in the gaming industry, only adding cute girls to the mix. This also applies to manga writers writing about manga, which was showcased well in Tsugumi Ohba & Takeshi Obata’s Bakuman.

Now Satsuki Yoshino takes a crack at it with his new series Yoshi no Zuikara, which feels like a polar opposite to his previous work Barakamon. Here, instead of the protagonist needing an island escape to perfect his skills, our main character creates art in order to possibly escape an island. That character is Tohno Naruhiko, a manga creator who’s in-between works. After the end of his fantasy series, his editor suggests working on a slice-of-life for his next work. Sure enough, he’s got one already scripted out, but he still has a lack of confidence in his work. 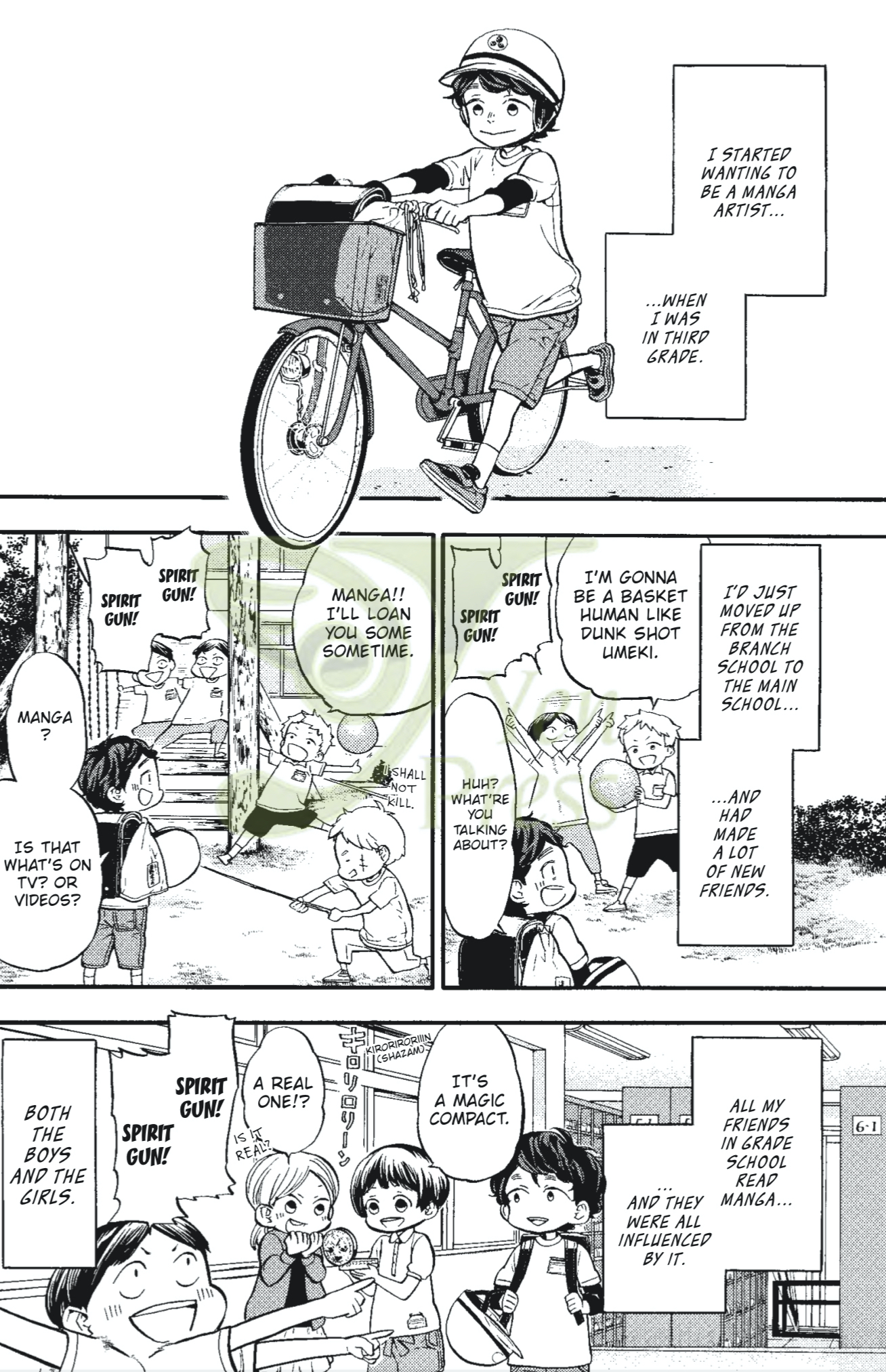 Thankfully, Tohno has a friend/assistant in Toshi, who does his best to push the struggling writer to making his next work. From looking for reference material to going from finding the perfect place to create a storyboard, Toshi attempts to bring the best out of Tohno, even when his pride level is at a near-zero level. However, things turn for the better when Tohno’s new work not only gets the green light, but it manages to become a hit! From here on out, the story follows our reclusive manga creator as he deals with his daily life struggles and work.

I was very taken aback by the way Yoshi no Zuikara begins, as we are given a tale about four childhood friends starting high school and reflected on a past teacher. The framing and pacing of this chapter alone was outstanding, as the kids are presented in a way that make them feel full and relatable. Watching as they talk about their teacher and search for a time capsule they made. But then, you find out the truth: this isn’t a flashback from the main character’s past; it’s the pilot chapter of Tohno’s next work! 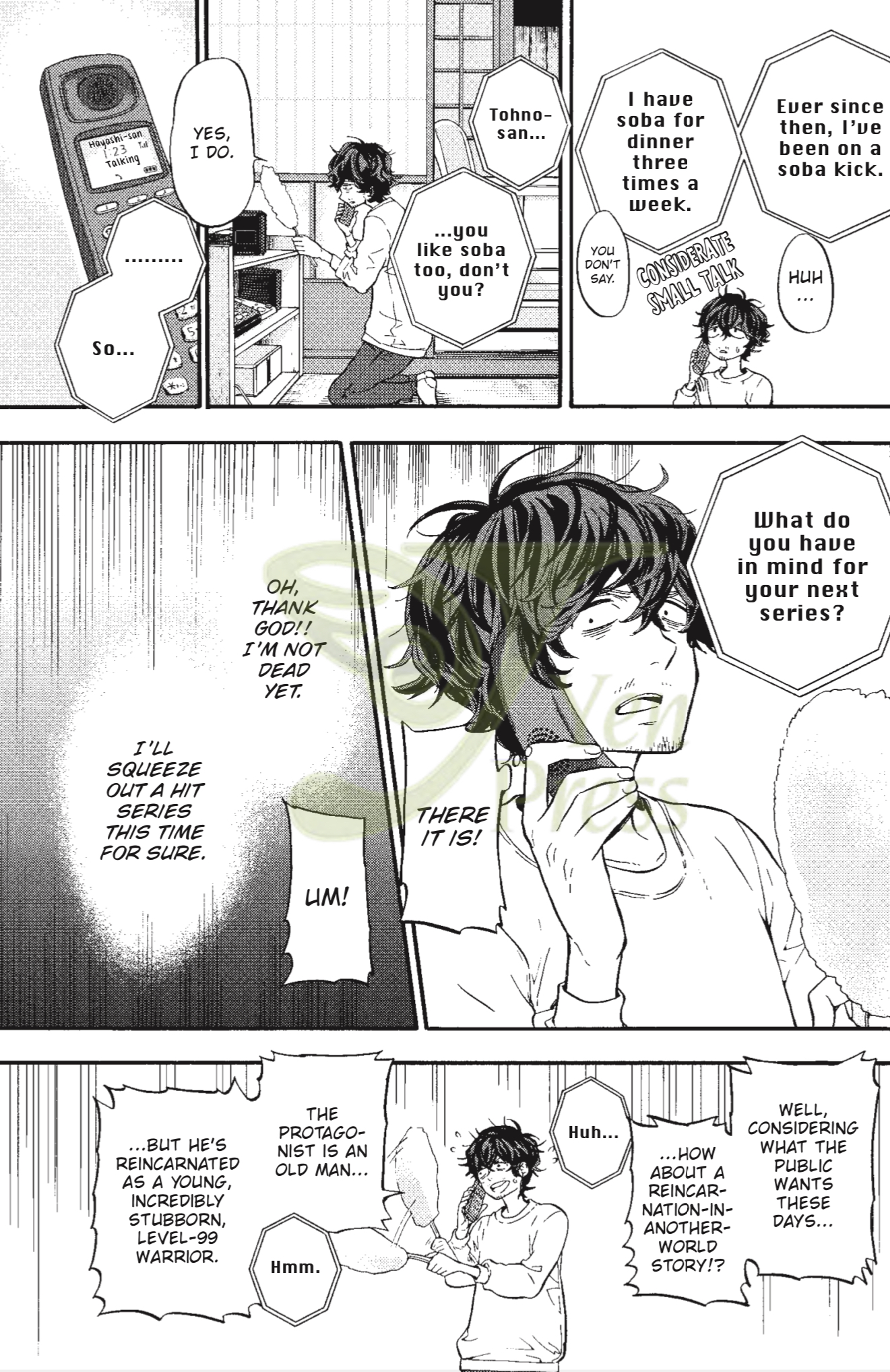 That’s when readers are treated to the struggles of working in the manga realm. The research, the dedication, and the battle with the beast known as Procrastination are all demonstrated very well within this first volume. Even the stress of having to interact with other people — even your friends — is presented in a funny and relatable light. You also learn a lot about the process of creating a manga, from the imaginative to the technical side of it all.

All of it is captured in Yoshino’s relaxing art style. It worked well with Barakamon, and it certainly helps that this story also takes place on an island. How the characters look mixes together both cartoonish reactions with some realistic features. The setting also dips into some realistic shading, mixing together some beautiful scenery and some rocky countryside architecture. 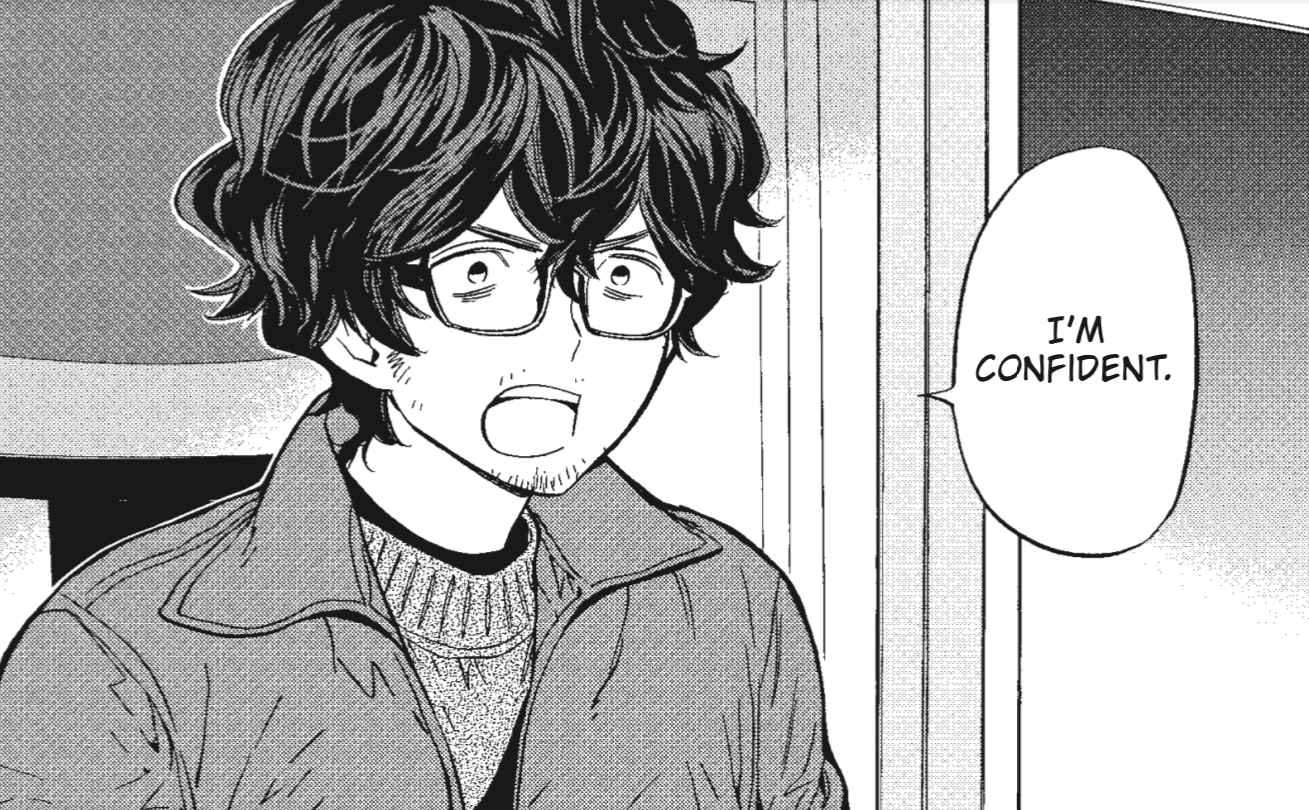 Yoshi no Zuikara starts off on a great note, being both entertaining and down-to-earth. One can tell that Yoshino is feeding his experience into this work, with Tohno’s issues quite possibly reflecting his own. In a way, Yoshi no Zuikara will be our means of seeing his life on a black-and-white canvas, bringing us closer to Yoshino’s creative process and struggles. It’ll be awhile before we see if it’s as attention-grabbing as Barakamon, but for now, consider the first volume a solid start to another (probably) great series.