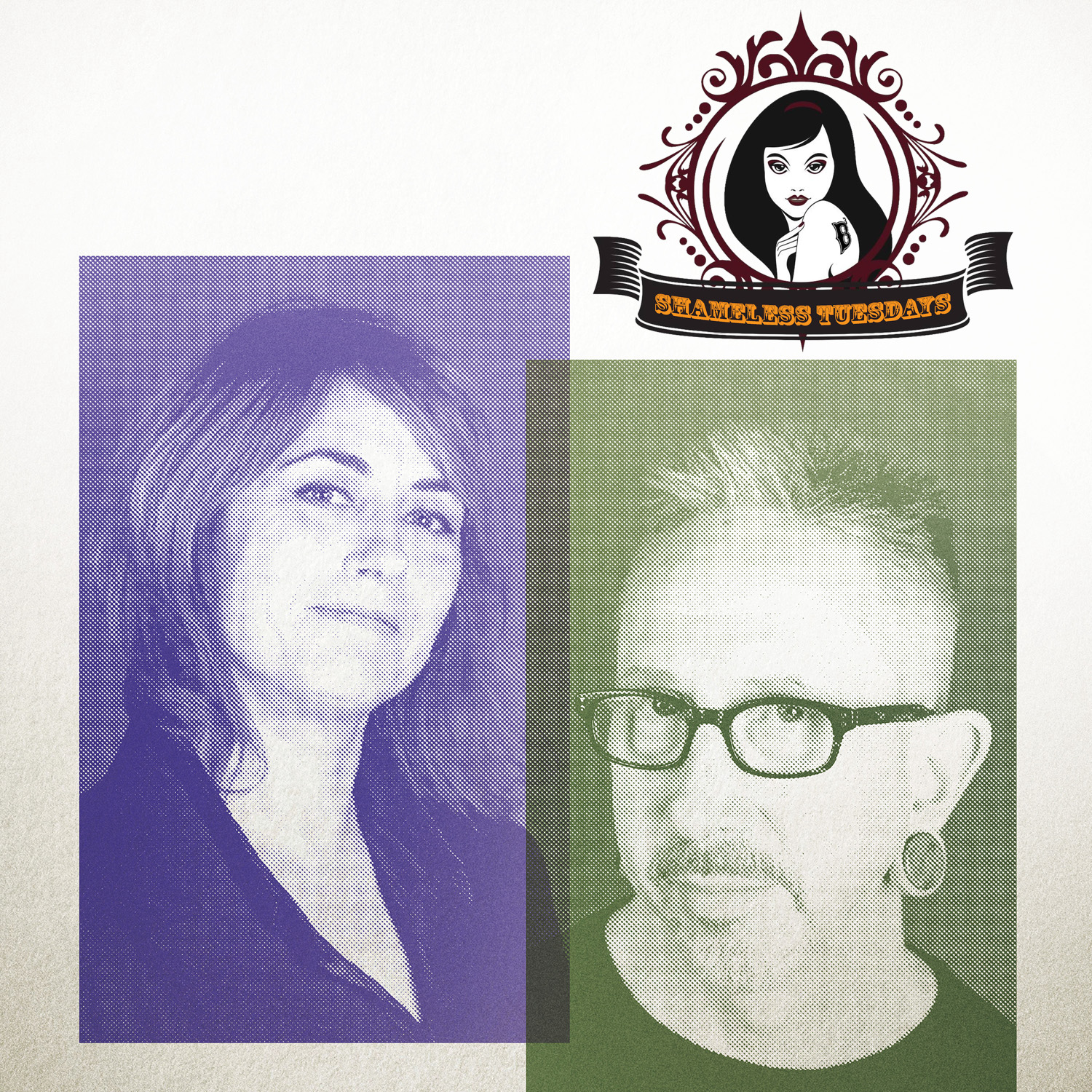 The Roogs make back alley melodies, the kind that concocts visuals of dead leaves and newspaper clippings blowing through a dark crevice of LA's hidden streets. Their self-titled debut album is filled with these sorts of tones, with "It's Own Good" and "Decoration" bringing forth a feeling of an impending nighttime brawl between hunters and demons alike. Courtney Davies and Steve Gerdes (who once made up one-half of industrial band Fourwaycross) take this sound, and use it to conjure up gothic soundtracks for those star-less evenings. To continue onward with their spread of that darkness, The Roogs have taken captive of this week's Shameless Tuesdays!

Here's what The Roogs have to say about this week's playlist:

The theme of this playlist is “Light In The Shadow”, comprised of 21 songs - here you will find old songs, new songs, two songs from our band The Roogs, one tune from our friends Tombstones In Their Eyes, and three up-and-coming artists (Black Needle Noise - a.k.a. John Fryer's project with various revolving singers, Modem the Band and fellow LA artist The Sea at Midnight).

This is a group of songs that have a beautiful darkness to them, a melancholy feel that also holds a hopeful optimism. There’s up-tempo songs, slow songs, rocking songs and electronic songs – but they all share a feeling of shadow and the light inside. All of these songs feel honest and authentic and strike a chord with us.

These artists represent a lot of our influences (Tuxedomoon, Sleepers, UNKLE, DJ Shadow, etc.) artists we love (Tombstones In Their Eyes, Underworld, Boards of Canada), as well as relatively newer artists we respect (Black Needle Noise, Modem the Band, The Sea at Midnight). Thank you for listening to our playlist, and we hope you also enjoy our latest EP!