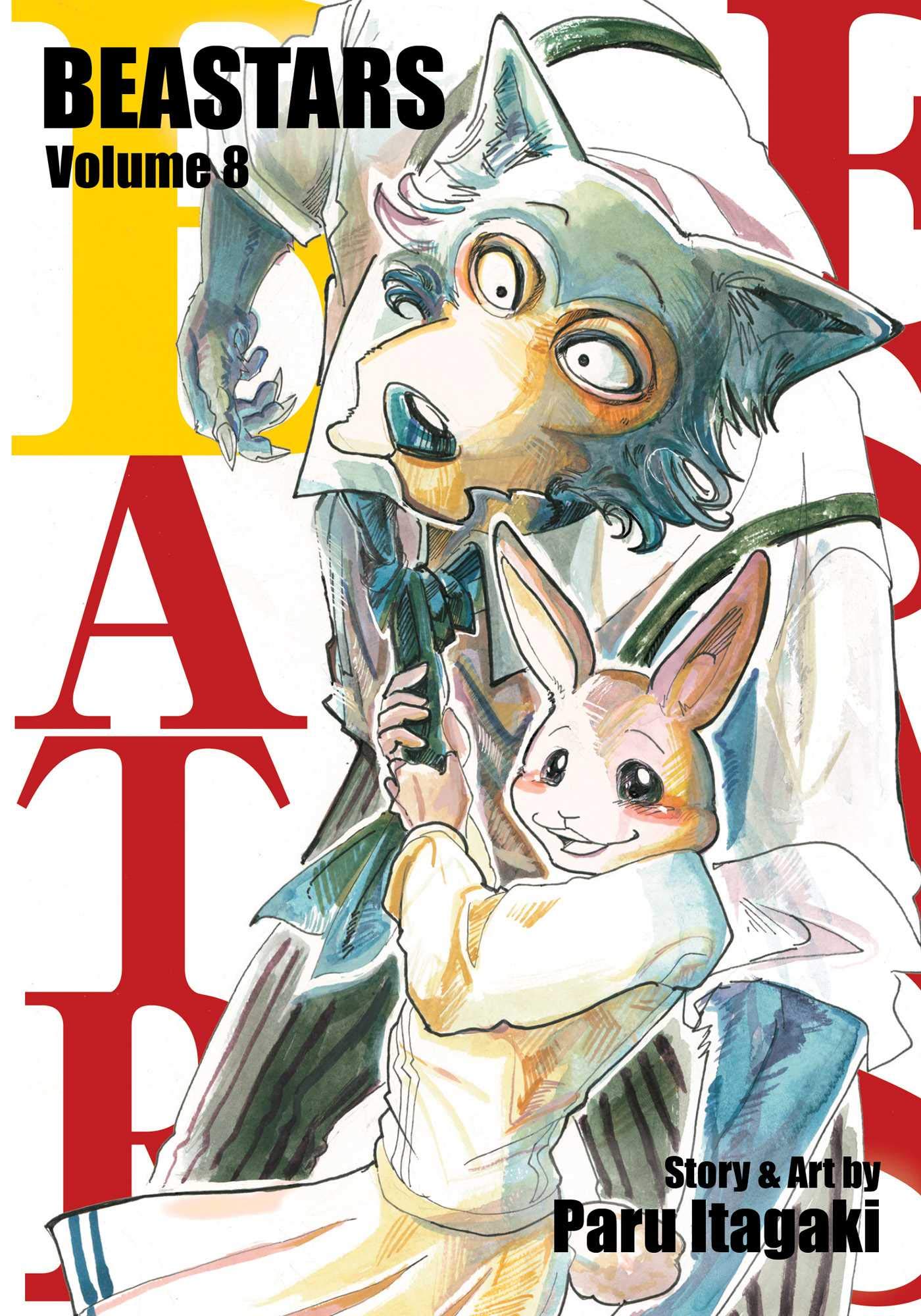 You ever see someone with a new look, and it instantly makes your eyebrows squint? Think of when a person dyes their hair a strange color, or perhaps grows a mustache or goatee, and it makes onlookers ask “Why?” This moment befalls poor Legoshi in the eighth volume of BEASTARS, as the lone wolf with the lonely heart undergoes a big change in appearance. So much so, that even his closest friends wonder why he’d go to such lengths.

The answer lies in the Black Market, where Legoshi has now become a regular. Meeting up with Gohin daily, the wolf seeks better strength to not only protect Haru, but all herbivores from being devoured. Thus, Legoshi commencing training both the physical and mental aspects of pure strength, as he learns to properly fight and meditate in front of the carved meat of fallen plant-eaters. But as he muscles himself up to face off against Tem’s killer. However, the wolf isn’t the only one dealing with evolution and growing pains. 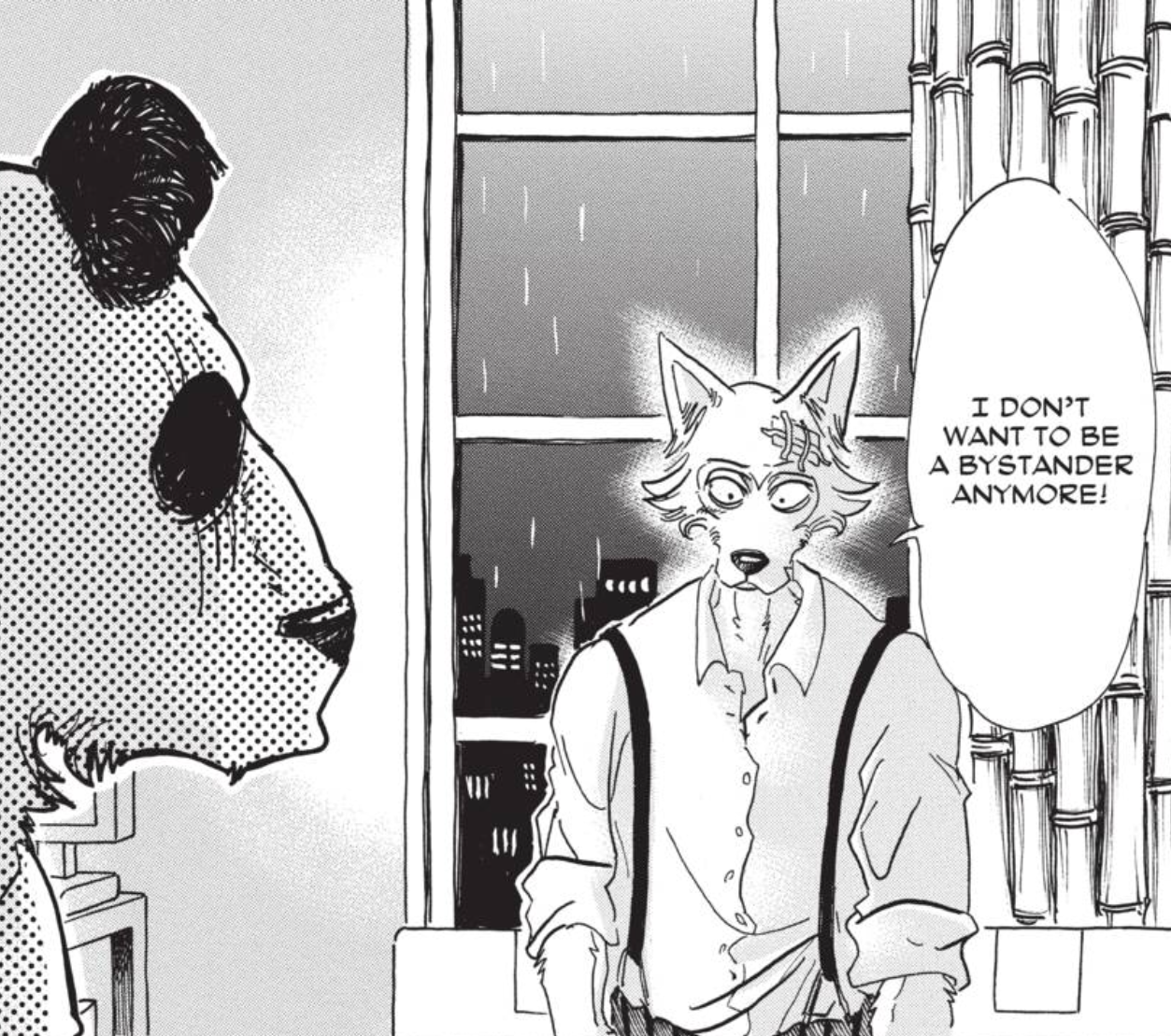 Now leading the Shishigumi, Louis sets off to become a powerful entity in the underworld. A face-off against his adopted father demonstrates how proud the stepdad is of how the deer has evolved. Meanwhile, a moment where he saves a stripper from being eaten shows that his heart has become a lot more unfrozen. And while it’s an incredibly brief moment, Louis crossing paths with Legoshi in the Black Market puts into light how far off the beaten path they’ve gone from when we first met them in BEASTARS’s beginnings.

Lastly, there’s Haru, who seems confused by why Legoshi has been distant to her. No longer feeling like the cheap fling every guy at Cherryton Academy goes for, the rabbit grows to being a far more independent person with a stronger heart. This becomes evident after Legoshi offers her an out-of-nowhere proposition, one that has him listing some humorous reasons behind it. Although it appears that she turns him down angrily, a run-in earlier with one of Haru’s former regulars shows that the bunny may be wanting the wolf in her arms. 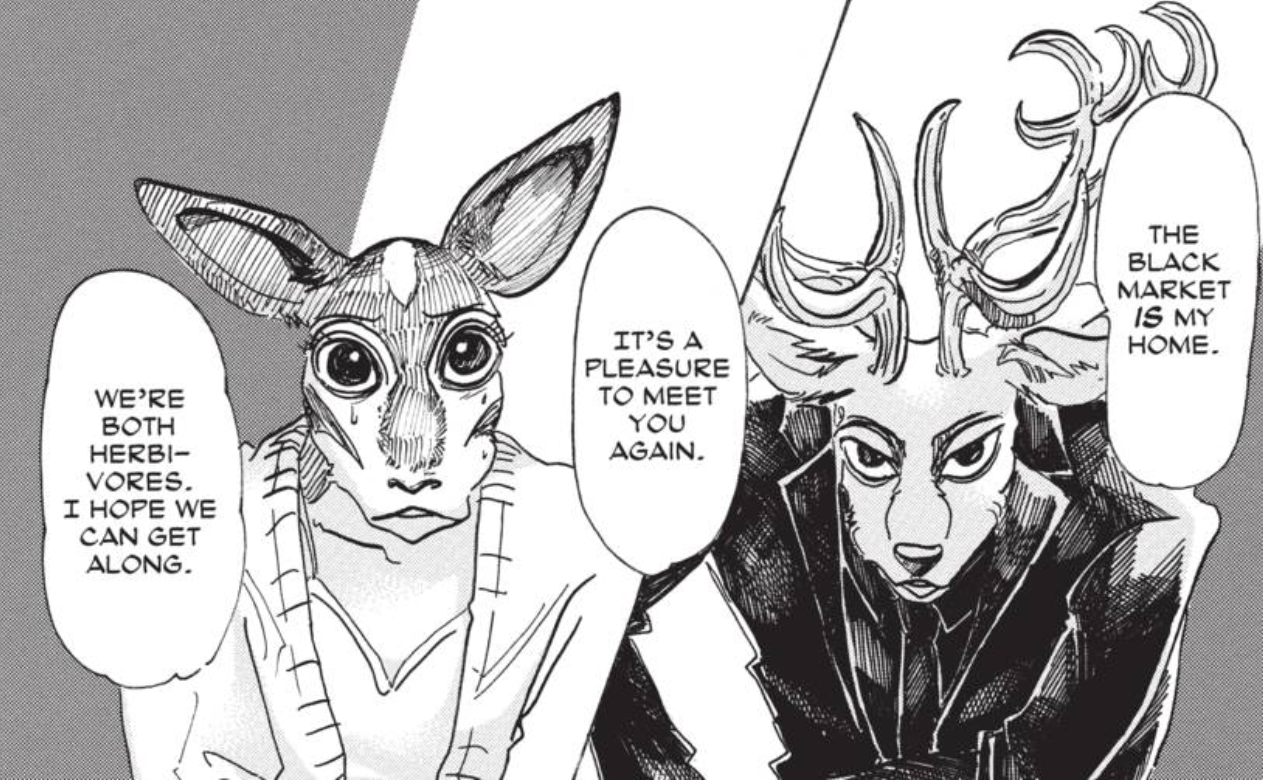 Perhaps the biggest growth seen in this volume is by author Paru Itagaki herself. Although her art style has its own unique spin, it wasn’t exactly the most cleanest. This all changes with both Legoshi’s new look and the fight sequences later in this volume. There are moments that occur that are simply gorgeous to look at, with Legoshi’s battle with a meat-hungry hyena demonstrating just how eye-popping the author’s drawings can get. (One hopes that this translates well when the anime adaptation returns in a few months!)

Volume Eight of BEASTARS puts the concept of purpose both on Legoshi and Louis’s shoulders, demonstrated via a fantastic growth in character development. It also showcases a new leaf being turned for Haru, who is now filled with the confidence that will make her a stronger confident later on. BEASTARS has constantly surprised me with its storytelling and character & world-building, and its in this volume where Itagaki finds herself at the top of her game. 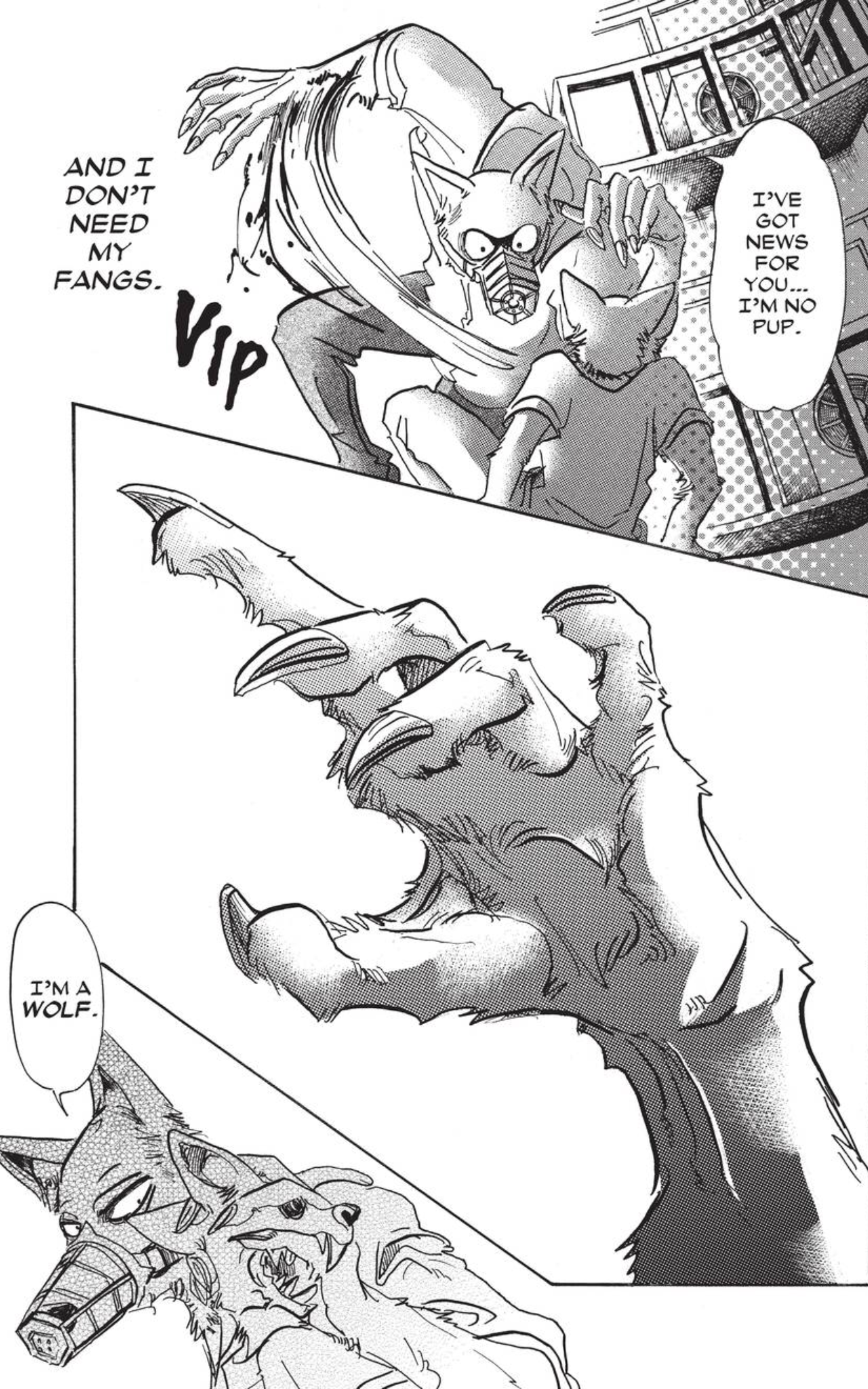