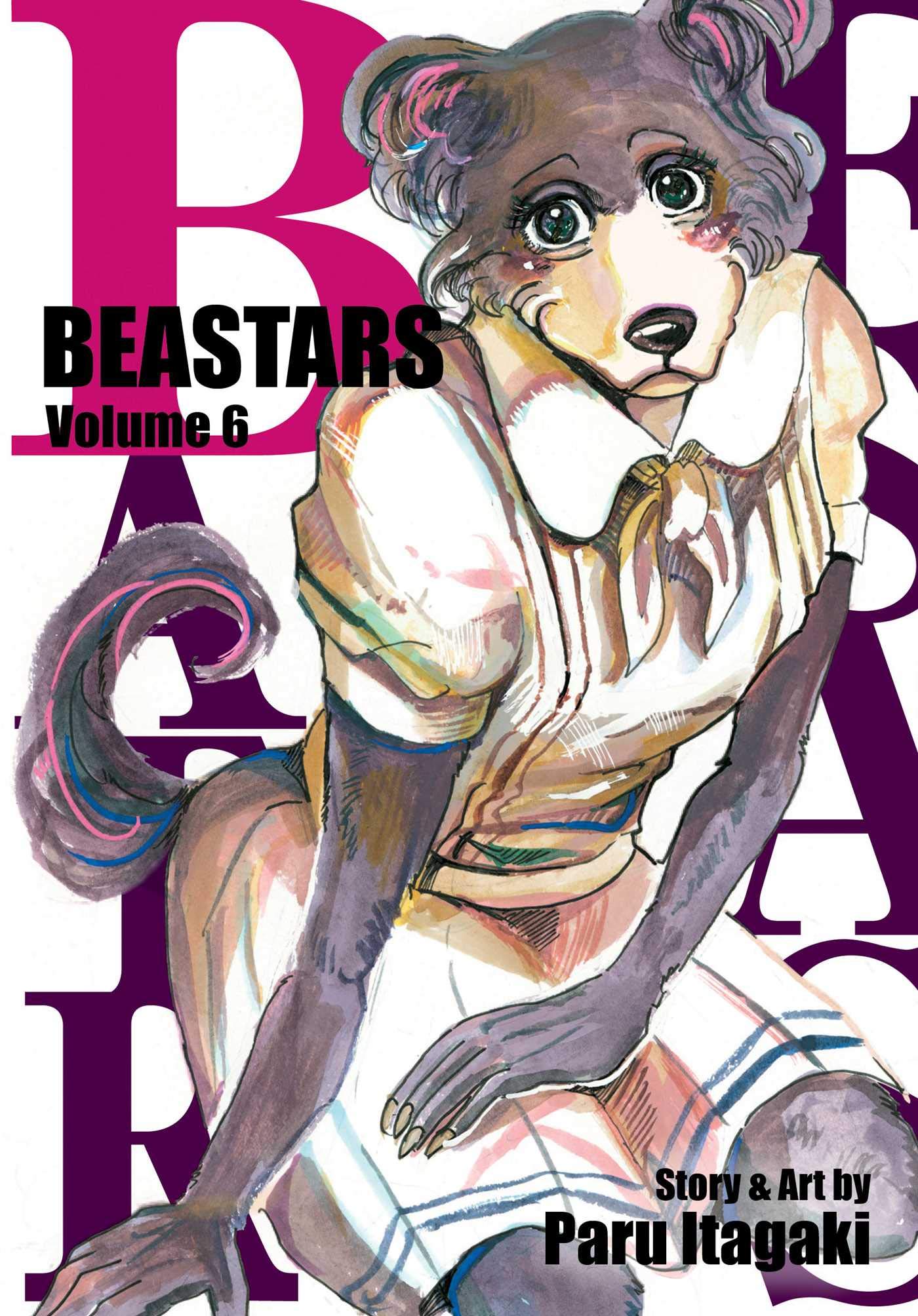 BEASTARS tells more about the human condition than most stories about actual humans. The way our societies are split into groups are very similar to the herbivore/carnivore split in Paru Itagaki’s series. Even when folks of different backgrounds and upbringings get together on friendly terms, there can sometimes be a ping of unsettling strangeness. This is showcased well in the relationship between Legoshi and Haru, who grow closer in BEASTARS’s sixth volume.

After Legoshi saves Haru from the Shishigumi, the two have a somewhat intimate night at a love hotel. Before anything can happen between the two of them, a weird reflex appears from Haru, somewhat changing the dynamic between the two of them. The attitude towards carnivores seems to change, as Juno brings some positivity to Cherryton Academy. But when Louis reappears, the dynamics change, with Legoshi becoming more of a stronger force than he even knows. 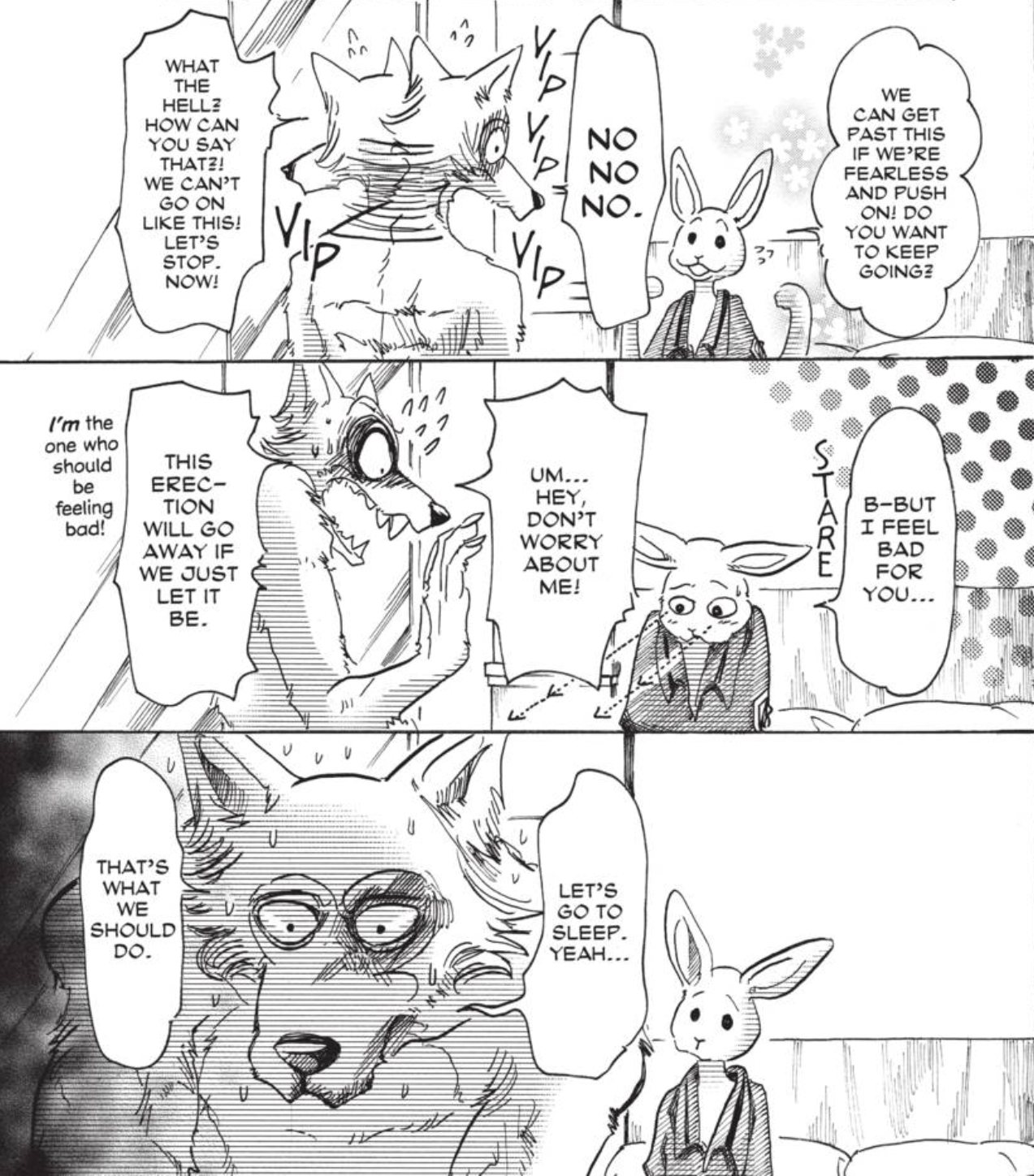 There’s a deep understanding that occurs between Legoshi and Haru, with the latter feeling like the former will either have to eat her or ravage her. It’s very apparent that Legoshi has no intention to kill Haru, with the two now becoming closer. Whether or not this will lead to them becoming something more than friends is up to anyone’s guess, but the fact that they’re much friendlier to one another shows that there’s potential between the pairing. (Note to Haru: a vore fetish isn’t exactly healthy for an herbivore!)

Louis’s return in BEASTARS at first brings a feeling of hope to the Cherryton Academy halls. However, one will quickly see that his new philosophies in life will no doubt seed trouble for carnivores and herbivores alike. In a society where people will backstab their own kind in order to climb up the ranks, his choice should not be all that too surprising. (Also to note is Bill’s attitude towards herbivores, as he credits Louis for keeping him in line for so long.) 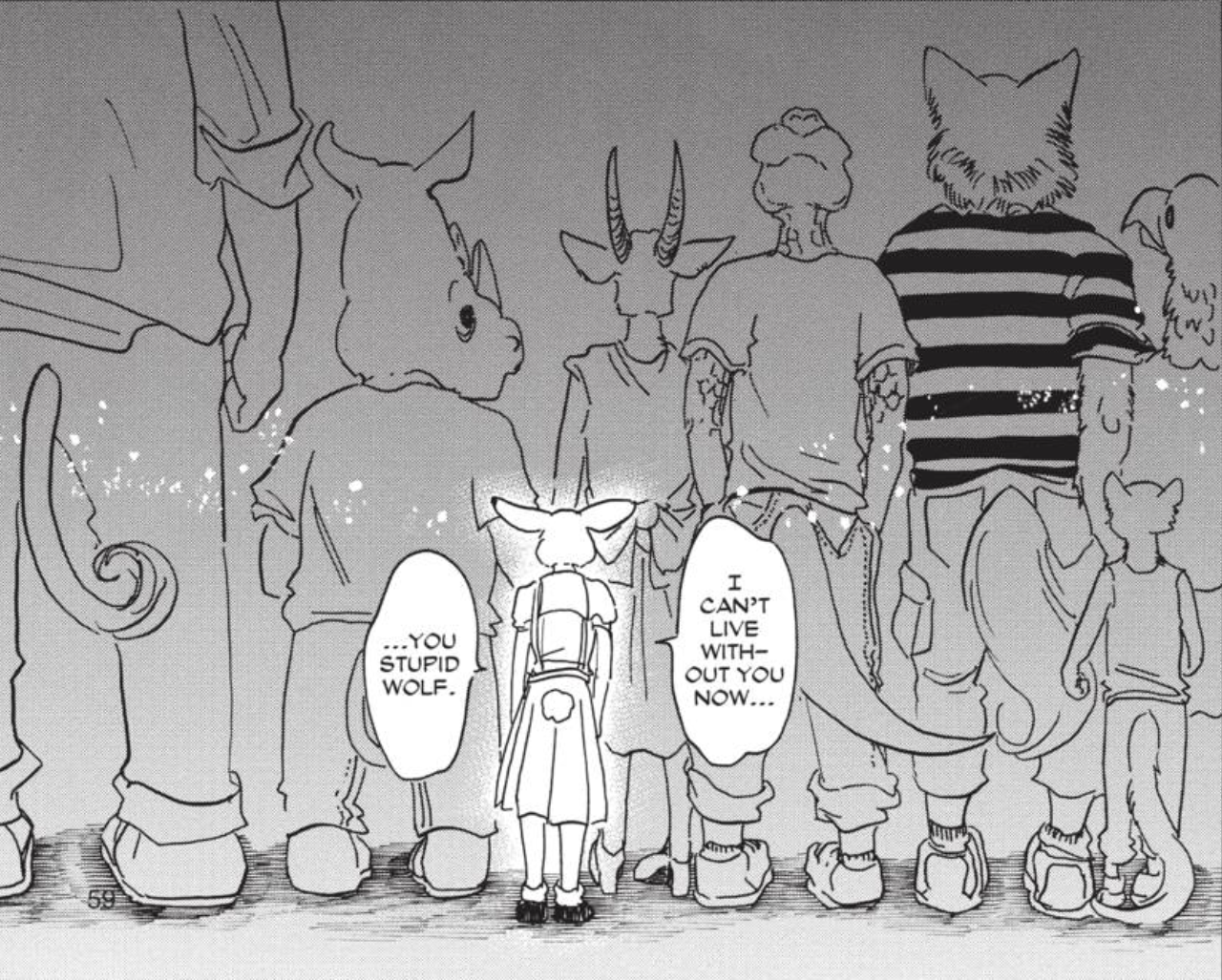 One fun little story thrown into the mix is the origin of Legoshi and Jack’s friendship. It’s interesting seeing how some misunderstandings can lead to some of the more powerful and sturdy relationships around. The flashback is showcased in a cute tone, but not without some of the deeper routes that have made BEASTARS a joy to read.

As the reveal of the school’s next Beastar draws near, the tension in Cherryton Academy appears lifted. However, with Louis’s new title and Juno trying to be Legoshi’s #1, that tension will more than likely return in a blink of an eye. With summer turning into fall, BEASTARS is ready to change its colors and show its readers its next transformation. Knowing how the story’s gone thus far, I can’t wait to sink my fangs into what’s to come!