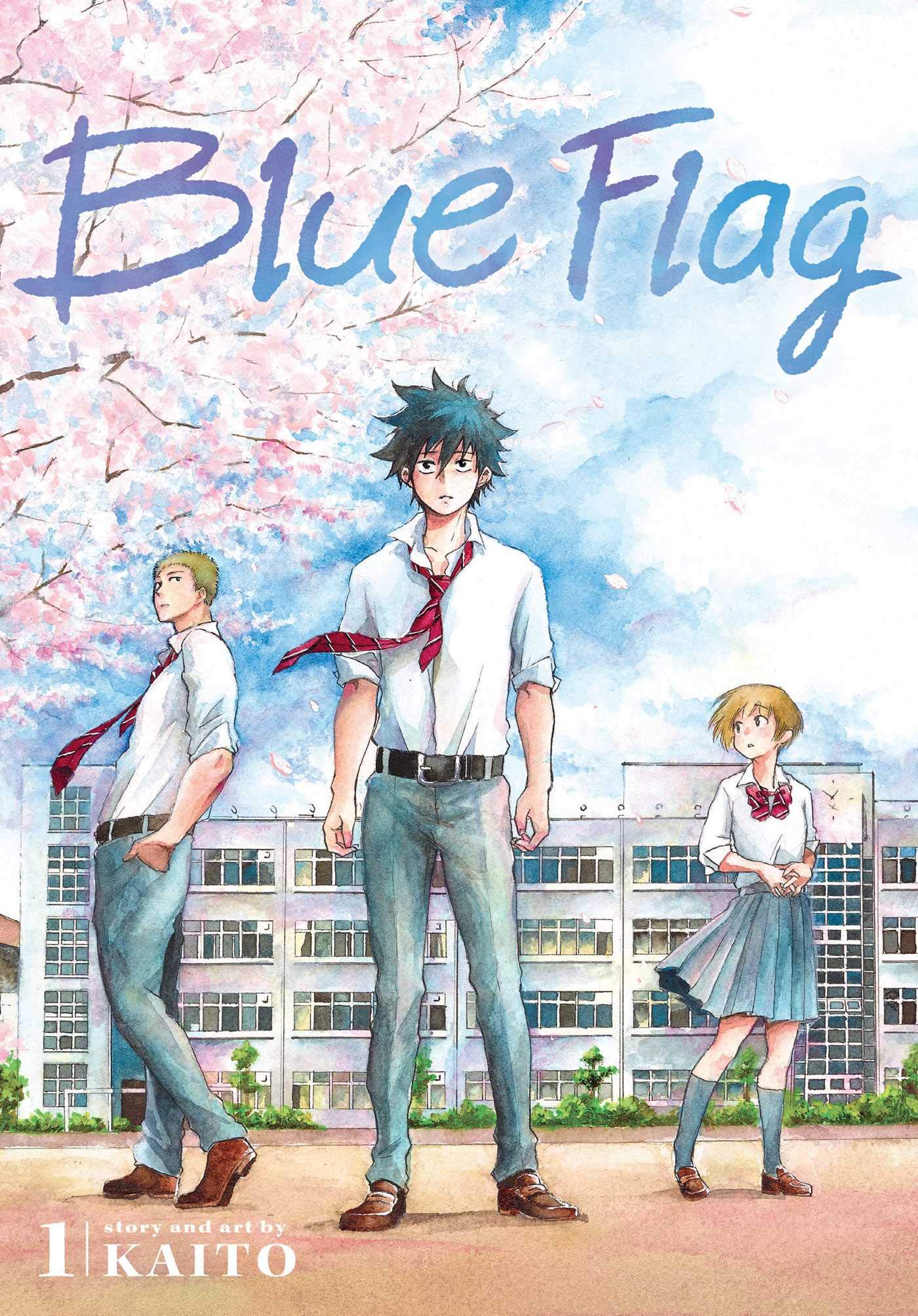 At first glance, Kaito’s Blue Flag looks like your average romance manga. But as you dive deeper into it, the more charming elements start to peer its head. After checking off the boxes of what makes a good love story, it out of nowhere throws a big twist towards the first volume’s ending. And at that moment, Blue Flag transforms itself into a can’t-miss kind of love triangle in the making!

Blue Flag places its focus on Taichi, a high school senior whose friendship with the popular Toma has somewhat faded. Enter Futaba, a shy classmate who has strong feelings for Toma, but has problems confessing to him. Taichi lays it on Futaba that she might not be his type, but nevertheless wishes to still give a go. As the two scheme to try to get the two people together, a hidden secret about Toma’s true crush may throw a monkey wrench into their plans. 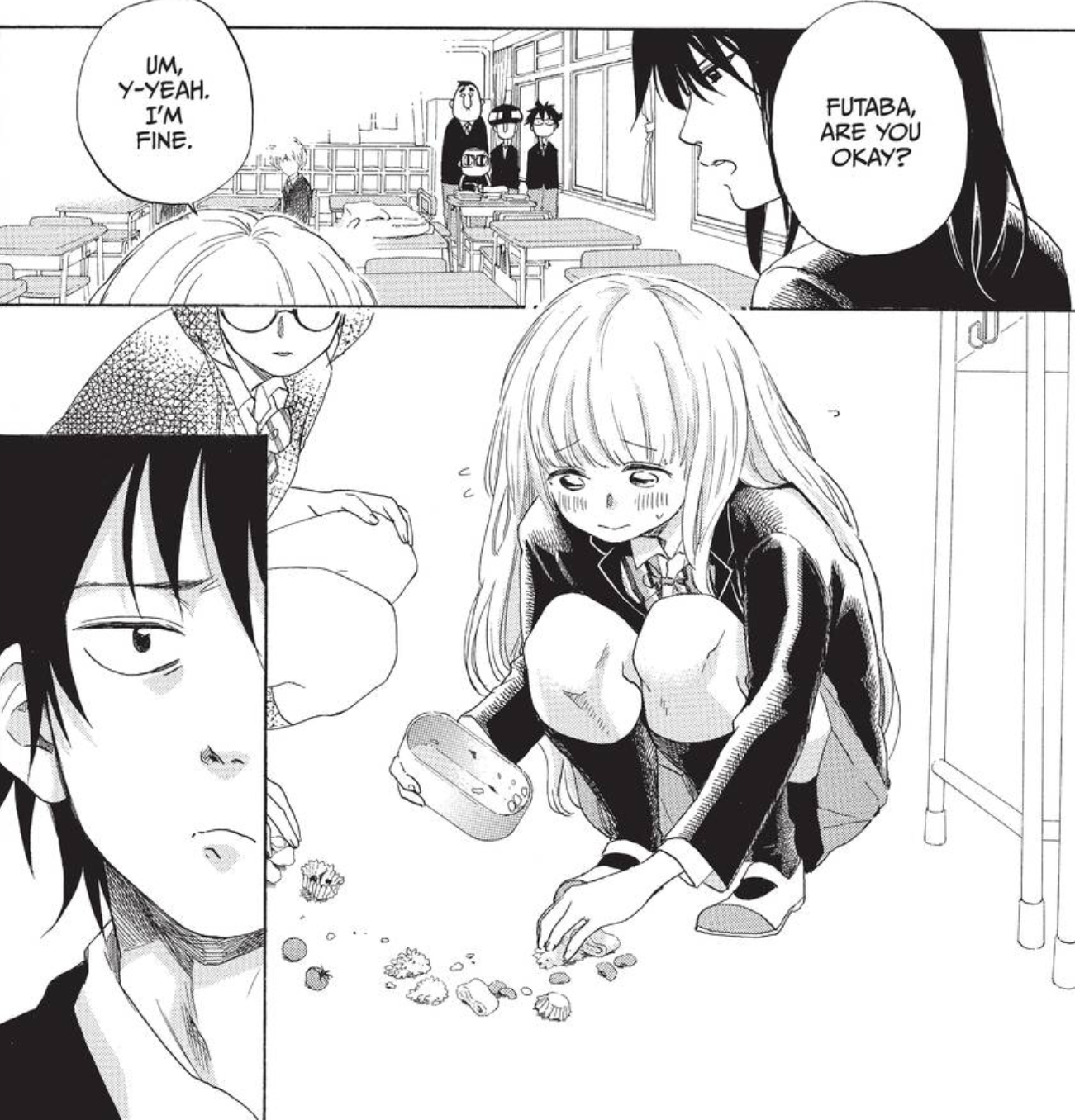 The manga starts off in a direction that a lot of other stories have done in the past. What makes this one stand out first and foremost is how the characters are framed. There’s a genuine sweetness that Futaba has, making her easily likable to readers. Despite his somewhat stubbornness, Taichi also can’t help but see the kindness and innocence that Futaba has, making him want to help her out with confessing to Toma even more.

It’s very apparent from the get-go in Blue Flag that Futaba will fail in her quest to get Toma to fall for her. When you hear about the type of woman he’s into, one would feel that this would already raise a death flag for her conquest. But the more she and Taichi hang out, it’s very clear that this will more than likely be the couple to root for. With their common traits and strong camaraderie, one would have to be blind to see that they’re the ones destined to date. 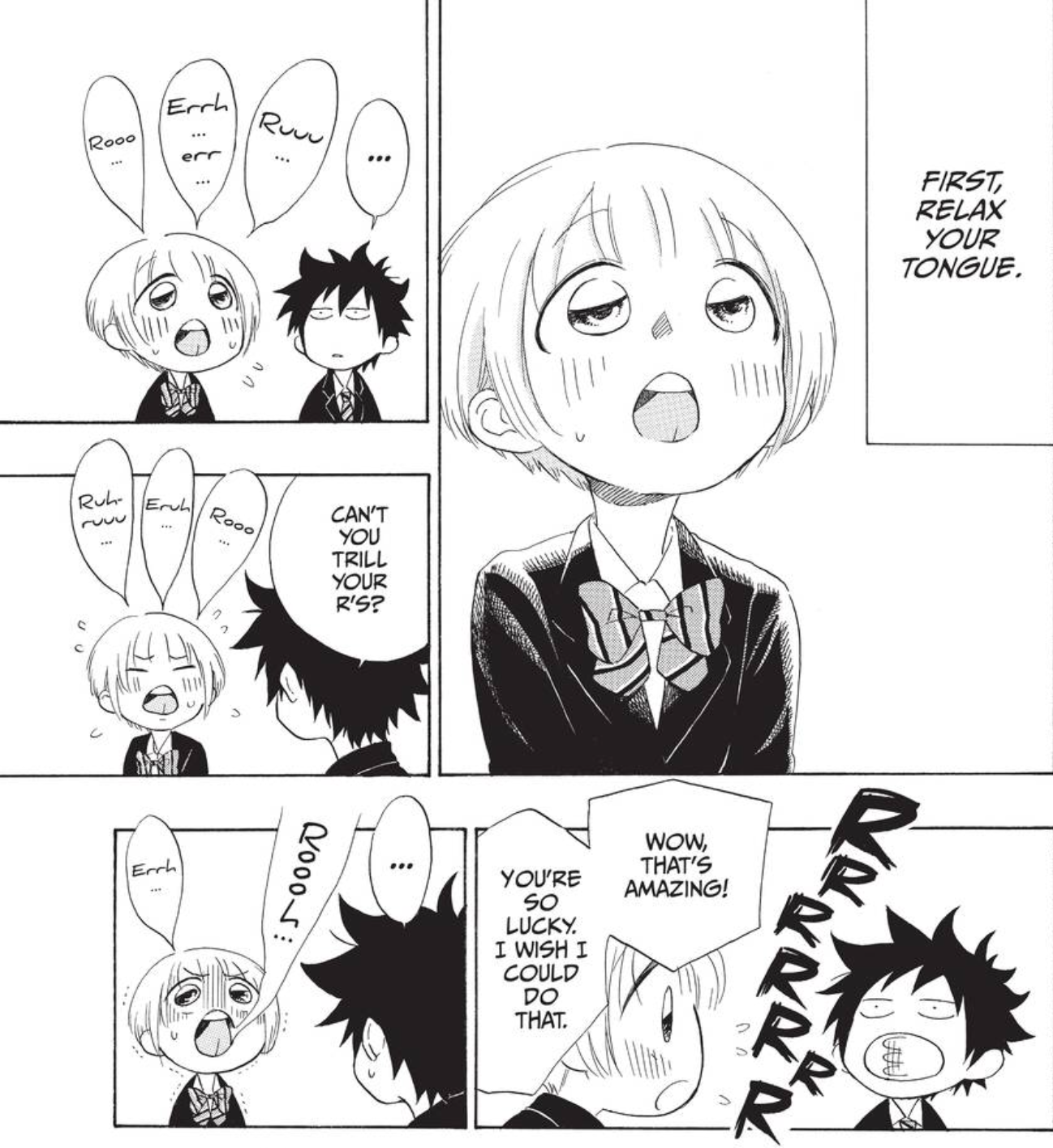 With that being said, it’s adorably funny how Taichi aids in Futaba’s goal. Practicing vocal annunciations, setting up a “chance” meeting, and even the pencil game are all framed in very entertaining and snicker-inducing moments. Kaito has a knack for bringing out so much cuteness in the characters, giving way to bigger laughs that help soften some of the more heartbreaking moments.

However, it’s when you find out about Toma’s true feelings when Blue Flag turns an unexpected corner. It would seem that his feelings — according to Taichi — are for his older brother’s wife, what with her fitting the exact description of his preferences. But it’s when Futaba’s friend Itachi mouths a certain name where it leads to both a shocking and well-paced revelation about both Toma’s feelings and tastes. (How she also utters “You and I are the same” gives way that she’s also in a similar situation.) 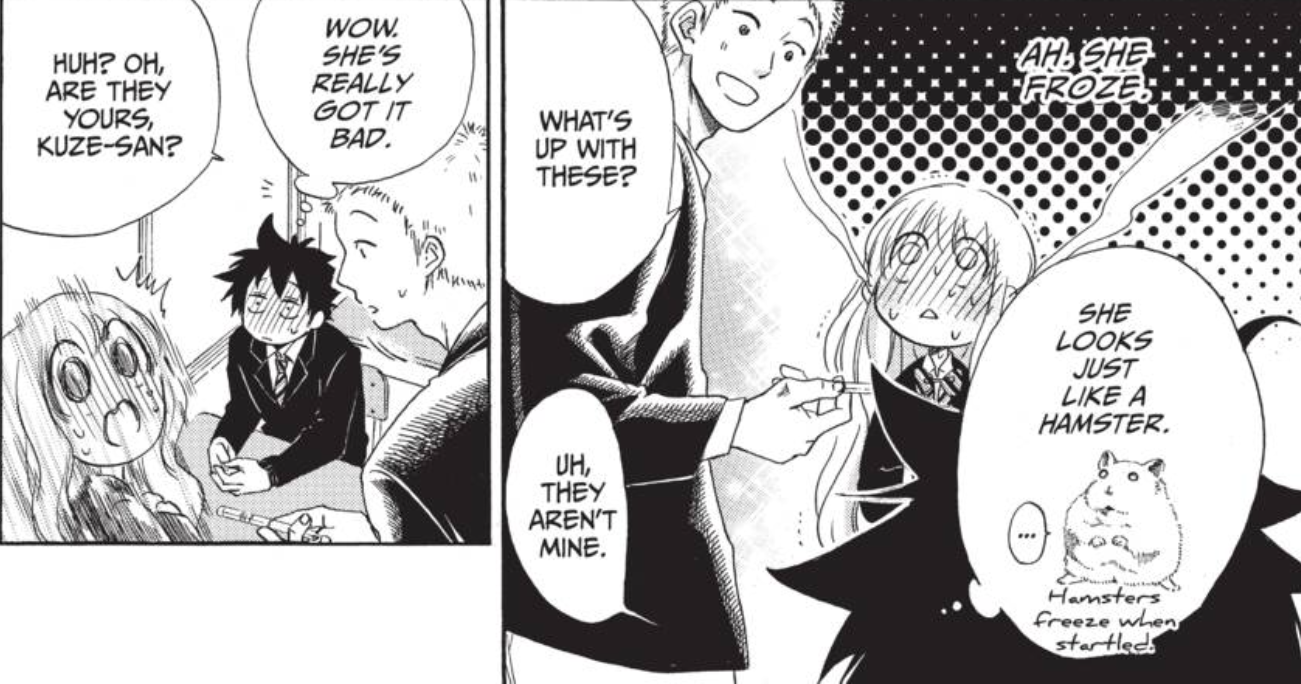 As such, Blue Flag’s first volume has set itself up to be filled with as many laughs as there will be broken hearts. It’s cute, yet filled with a lot of character and personality. Kaito’s writing and art style make it very easy to enjoy the story that Blue Flag aims to deliver, even if it does walk on some pretty worn-out pathways. Here’s hoping the sharp turn it takes in the end will bring the genre into some unfamiliar territory.