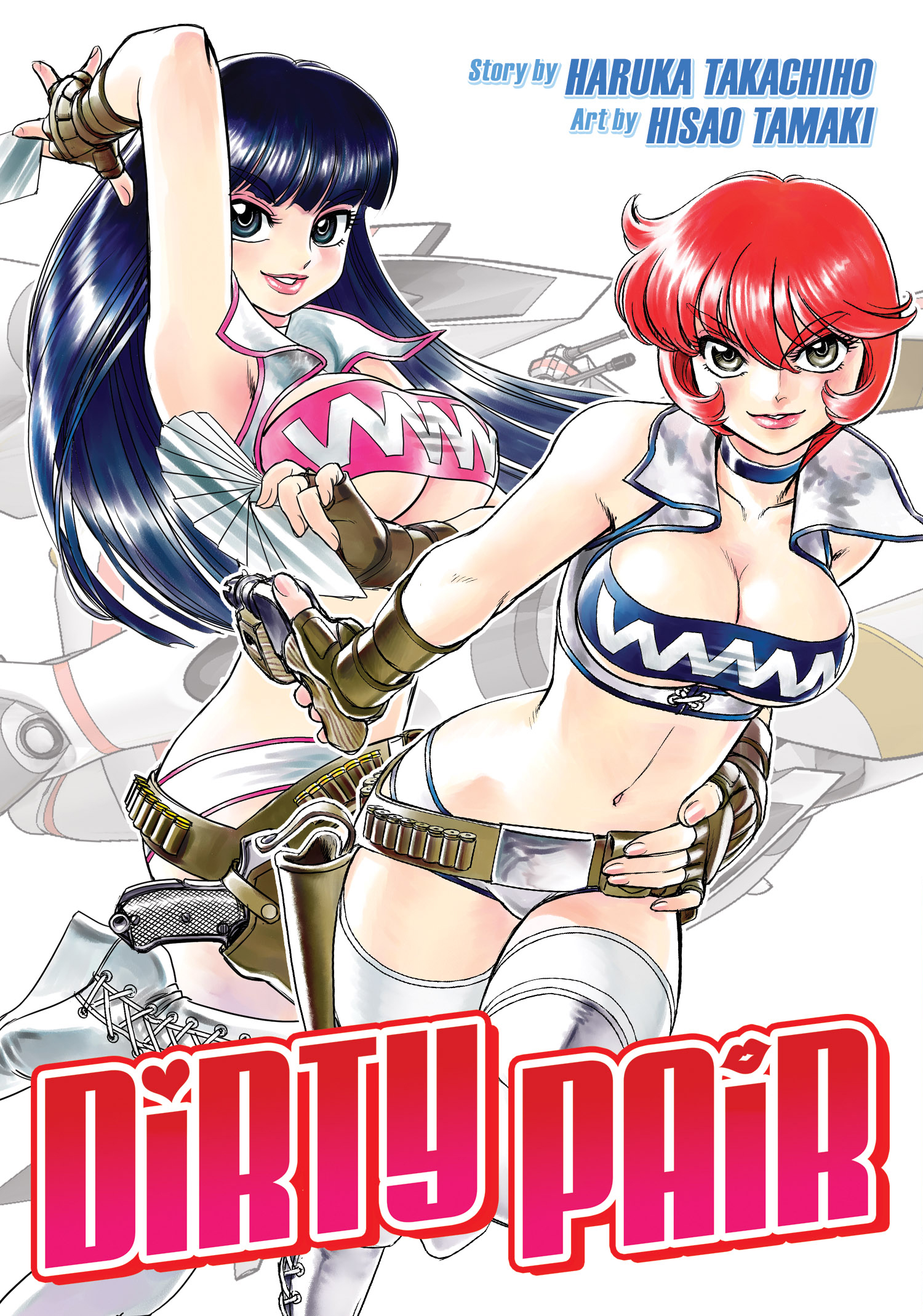 It’s hard to believe that Haruka Takachiho created Dirty Pair forty years ago. Originally a light novel series, the duo of Kei and Yuri soon blasted into anime history with a slew of popular TV and OVA series. It was action-packed, sexy, and — above all — filled with the best clichés that 80s sci-fi anime had to offer. (Given that we’re living in an age where such tropes are making a comeback, it seems high time that this series gets a reboot in some fashion.)

Surprisingly, it wouldn’t be until 2010 when Dirty Pair would get its own official manga adaptation, with Takachiho teaming with Star Wars: A New Hope manga adapter Hisao Tamaki. Retelling the stories from the first light novel in the series, Dirty Pair place Kei and Yuri in all sorts of places around the galaxy. From black holes and metropolises to even planet-sized casinos, the duo fight crime and save planets from the greediest and slimiest of foes. Of course, they complete their missions with some pretty bad collateral damage most of the time. 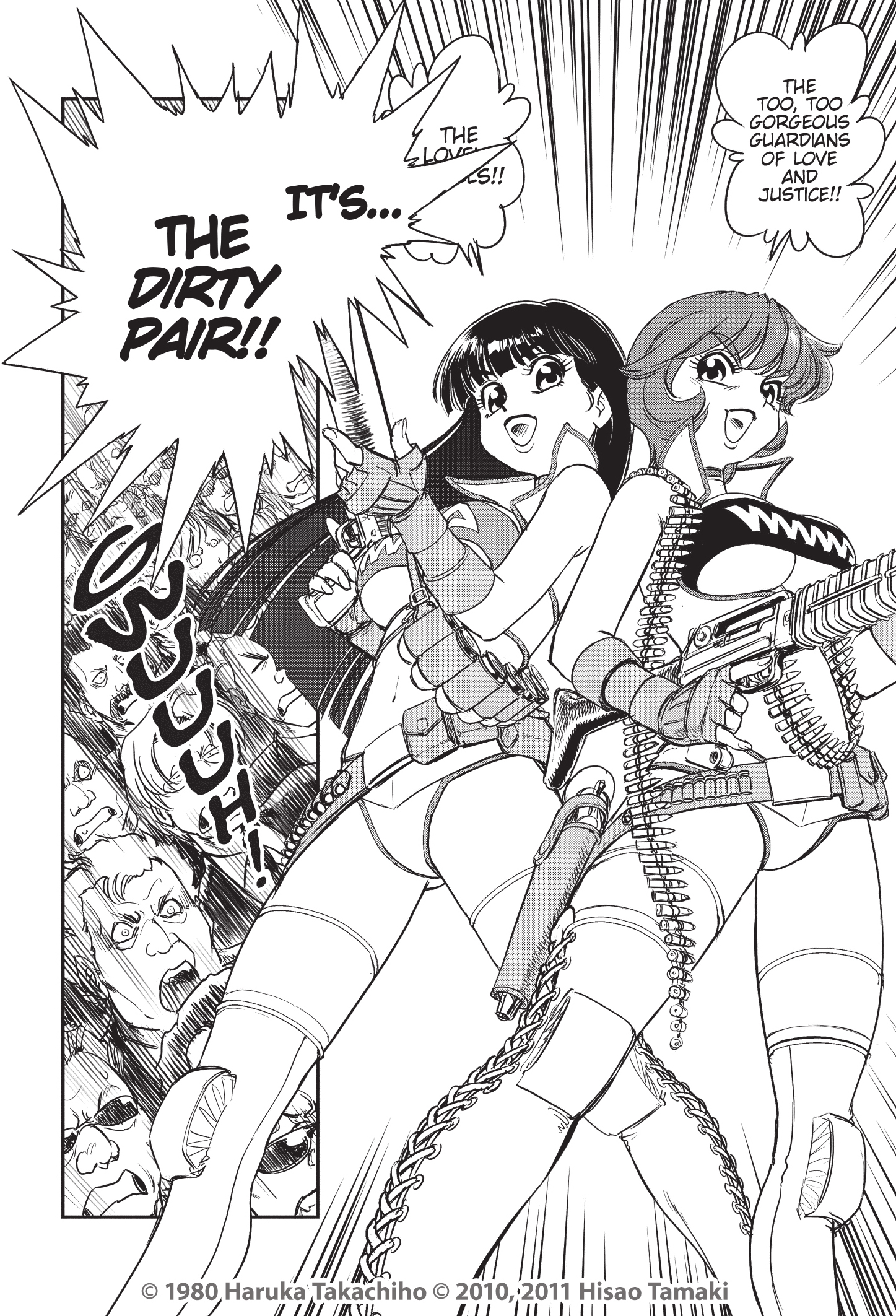 The three stories collected in this adaptation place a big focus on the strengths of Kei and Yuri. They’re experts within the Worlds Welfare and Works Association (WWWA) both in handling weapons and solving mysteries, using mostly their brains to overcome big obstacles and bad villains. However, due to their track record and choice in outfits, the galaxy has come to know the two as “The Dirty Pair,” rather than their legit codename “The Lovely Angels.” This leads them down a road of frustration, where all of their good deeds are overshadowed by their slip-ups.

As such, there’s a good balance of action, humor, and drama within this adaptation of Dirty Pair. The buddy cop banter that Kei and Yuri often have is very funny, as they bash one another over Kei’s hotheadedness and Yuri’s slow response times. But when the story starts to get serious, they put on their big girl shorts and focus on the task at hand. Often, it takes certain cues from Takachiho’s other work Crusher Joe and a slice of Buck Rogers, balancing campy scenarios with serious undertones. (The girls using clairvoyance to see Standalf’s past in the third story goes down some pretty dark roads, with some imagery that may be upsetting to some.) 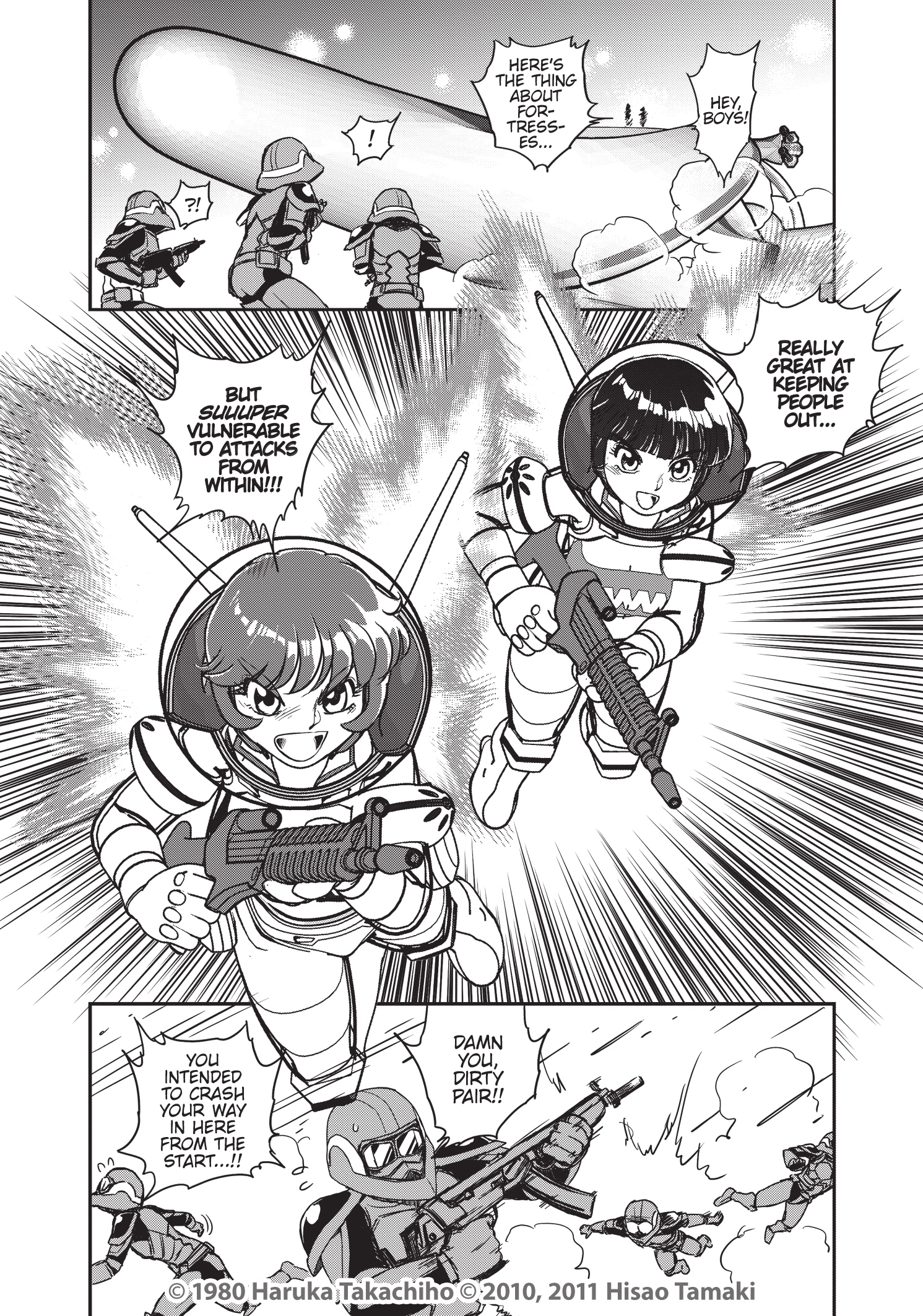 But it’s when it’s time to crack knuckles and bust skulls where Dirty Pair is on its A-game. Despite their cutesy appearance, Kei and Yuri make it absolutely clear that they’re not the kind of duo you’d like to mess with. With their hand-to-hand combat skills and expertise with guns & deadly card tricks, the Lovely Angels easily make mince meat out of the roughest of soldiers and bad guys. Through Tamaki’s impressive visuals — which combine both moderns and retro drawing aesthetics in the world and characters — the fights are captured with fast-paced emotion and furious beauty.

Dirty Pair is timeless, although it tends to be overshadowed by many other sci-fi series from that era. Tamaki’s take on Takachiho’s crime-fighting duo works well to preserve both the style and attitude of the original light novel series. It is sad that this is the only manga adaptation of Dirty Pair (outside of Adam Warren and Toren Smith’s Dark Horse Comics series), but in the end, it gives both fans and newcomers a great understanding of why Kei and Yuri are two Japanese pop culture staples in the realm of fiction.