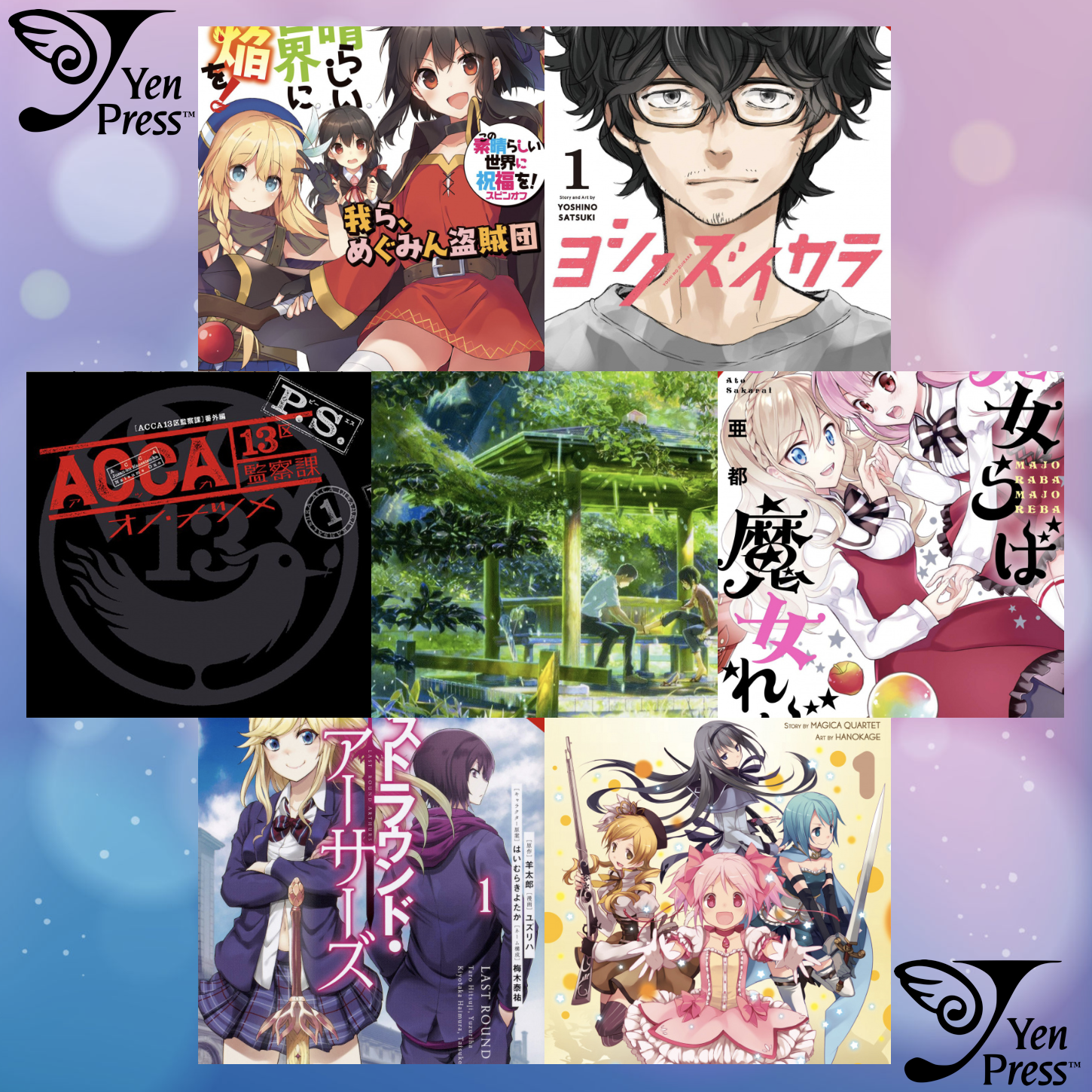 Explosion-loving mages, a king-to-be, and a manga artist writing out of their comfort zone are some of the new and spinoff titles people can dive deep into this August from Yen Press! Check out the list below to see what's in store: 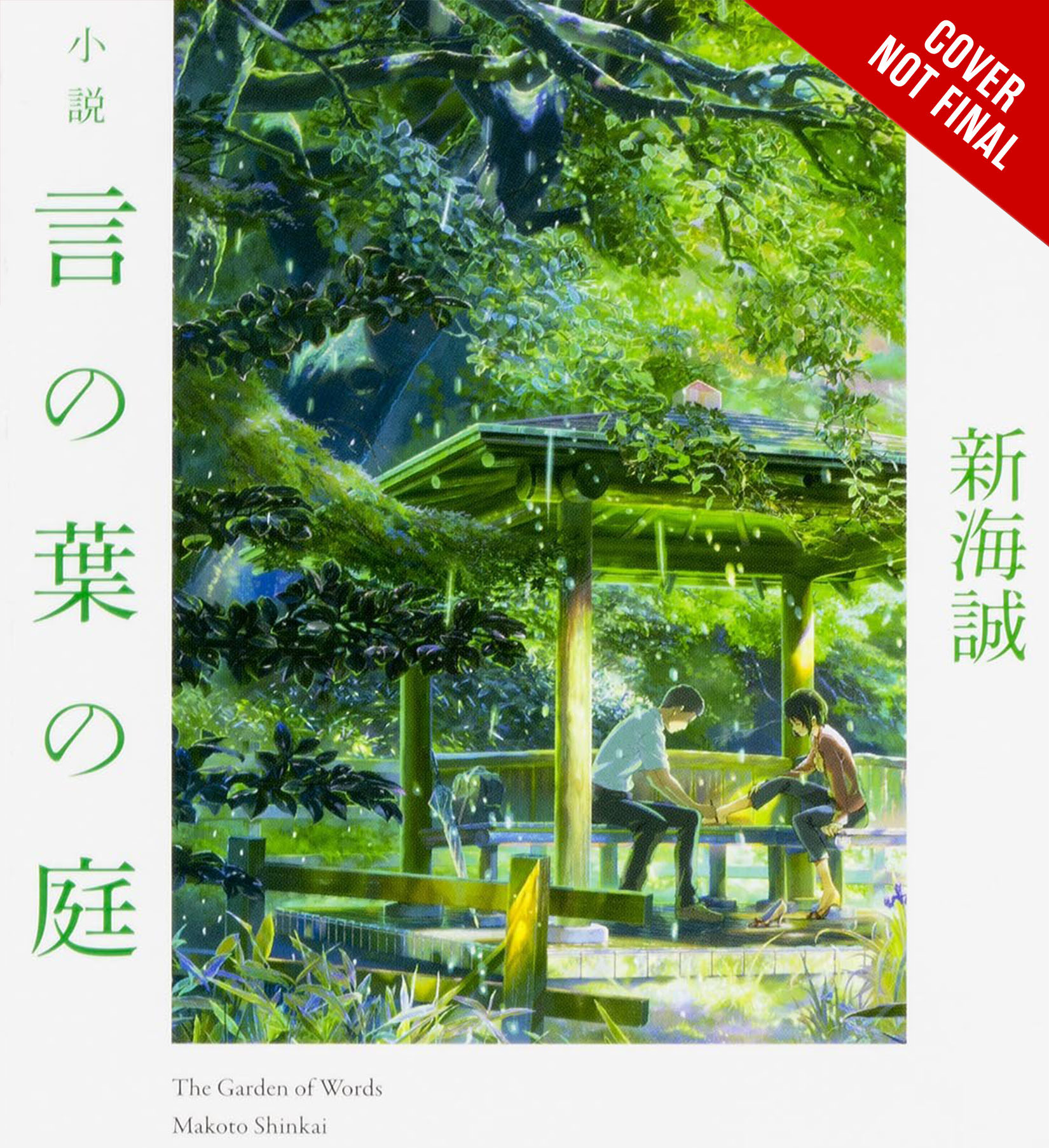 The Garden of Words
Story by Makoto Shinkai

From director Makoto Shinkai, the prolific storyteller responsible for critically-acclaimed films such as your name. and Weathering With You, comes the novel adaptation of his award-winning 2013 film The Garden of Words, a moody drama about two lonely souls who meet in the garden of Shinjuku during rainy season and help each other “learn to walk again” in life. 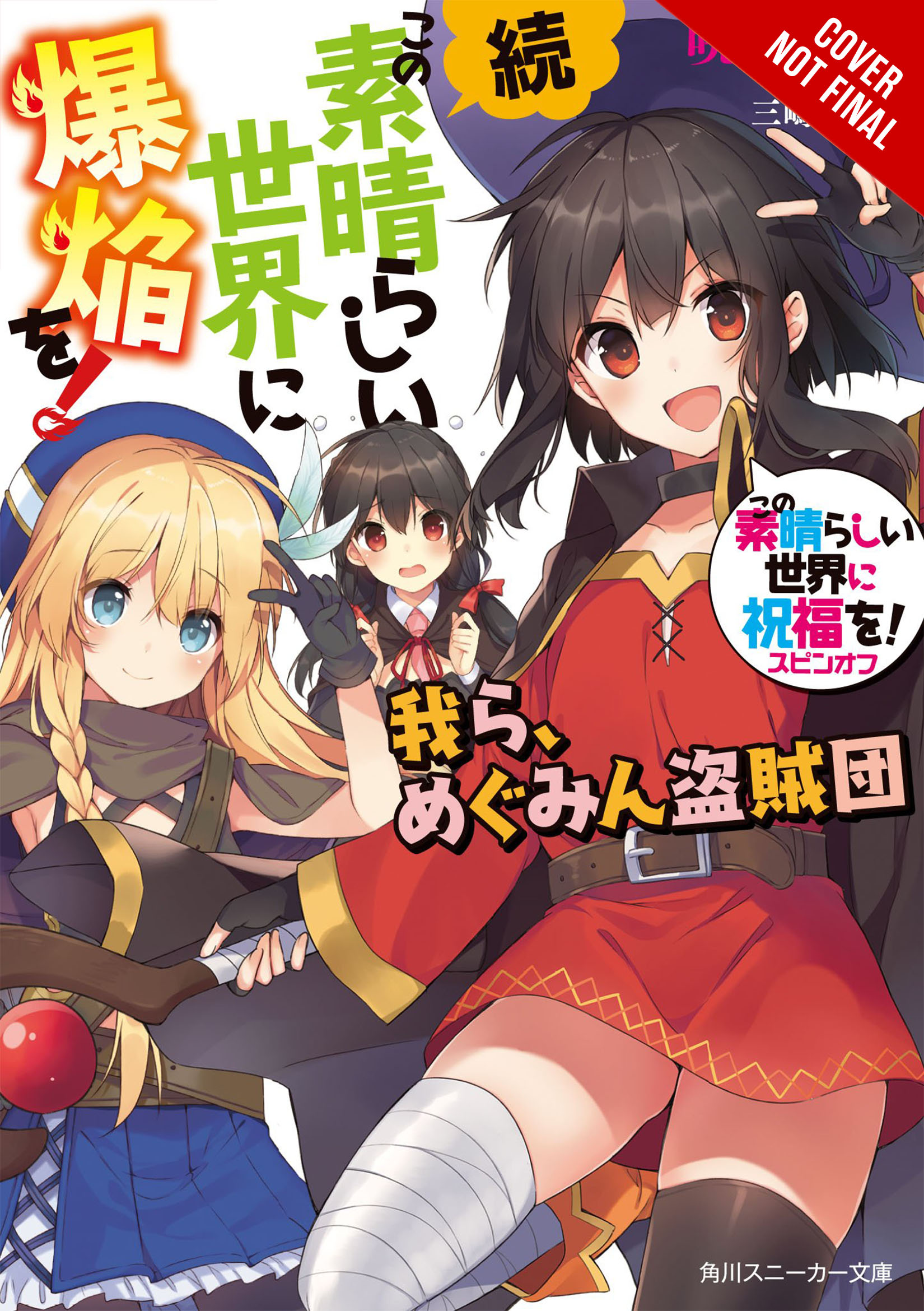 Konosuba: An Explosion on this Wonderful World! Bonus Story: We are the Megumin Bandits
Story by Natsume Akatsuki
Illustration by Kasumi Morino

The right magic words can stir a person’s soul. For Megumin, those words are “vigilante justice.” Join everyone’s favorite one-trick wizard, as well as Iris the Headstrong, Cecily the Problematic, and Yunyun…as they get a taste of the righteous bandit lifestyle! Evil aristocrats beware! “For the sake of justice, there’s no line I won’t cross! No criminal act I won’t commit!” An ongoing bonus series that ties into the light novel spinoff Konosuba: An Explosion on This Wonderful World!, which features the beloved arch-wizard Megumin as the protagonist, Konosuba: An Explosion on This Wonderful World! Bonus Story: We are the Megumin Bandits is a laugh-out-loud series filled with vigilante justice and plenty of Megumin! 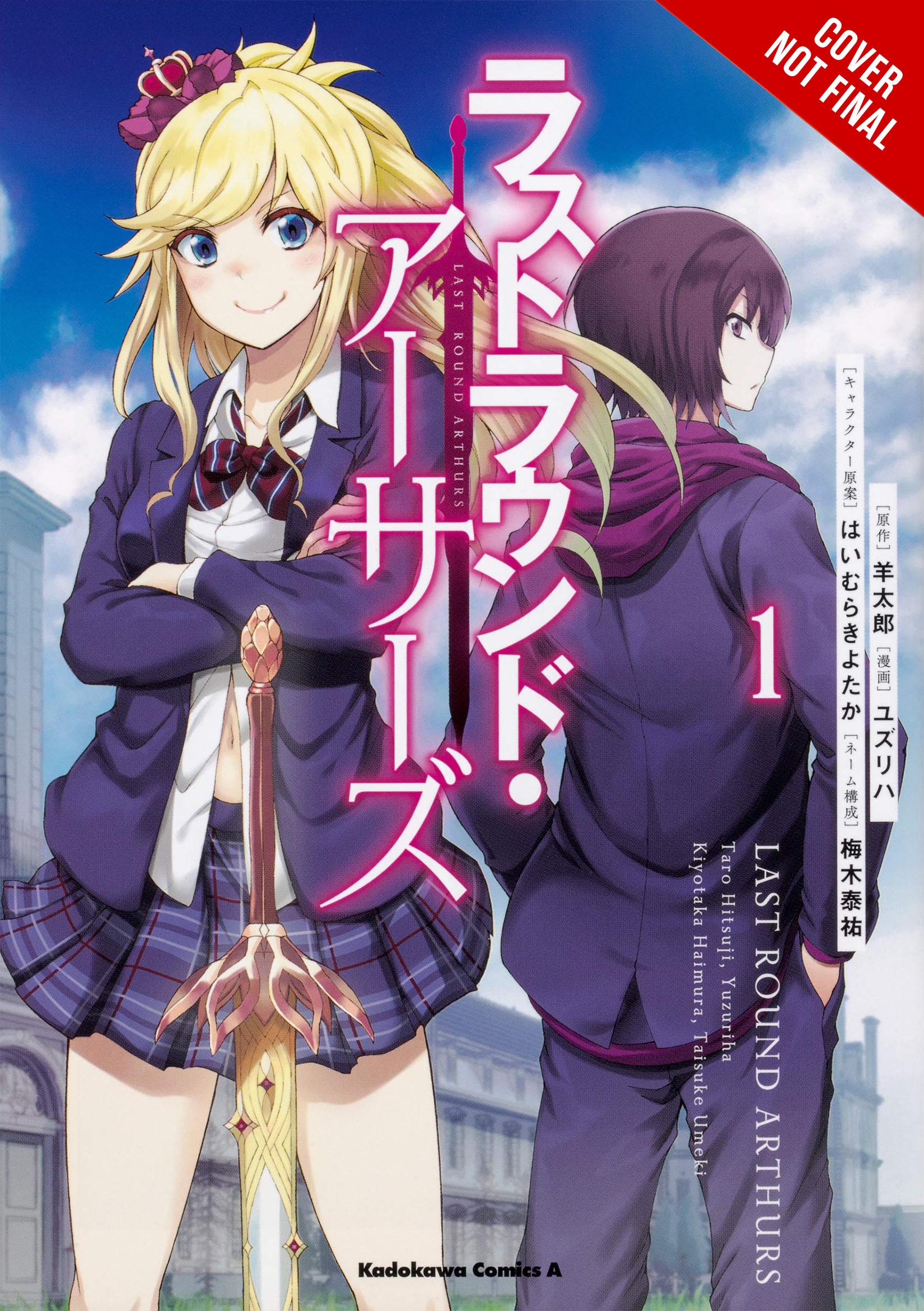 In all honesty, Rintarou's life is boring as hell. If you ask him, he was born into this world with too much talent. Everything goes too according to plan. His way of having fun? Joining forces with the weakest candidate, Luna Artur, in the upcoming battle to become King Arthur's successor—and save the world from impending doom. The only problem? She's the scummiest of scum, pawning off her sacred sword and forcing her knight, Sir Kay, into some seriously skeevy cosplays! Or so he thinks—until a close encounter with death, when her true power astonishes all. Make way for an unexpected take on the age-old legends of King Arthur! A manga adaptation of the Last Round Arthurs light novel series by Taro Hitsuji, the writer of Akashic Records of Bastard Magic Instructor. (The first volume of the Last Round Arthurs light novel is currently available from Yen Press.) 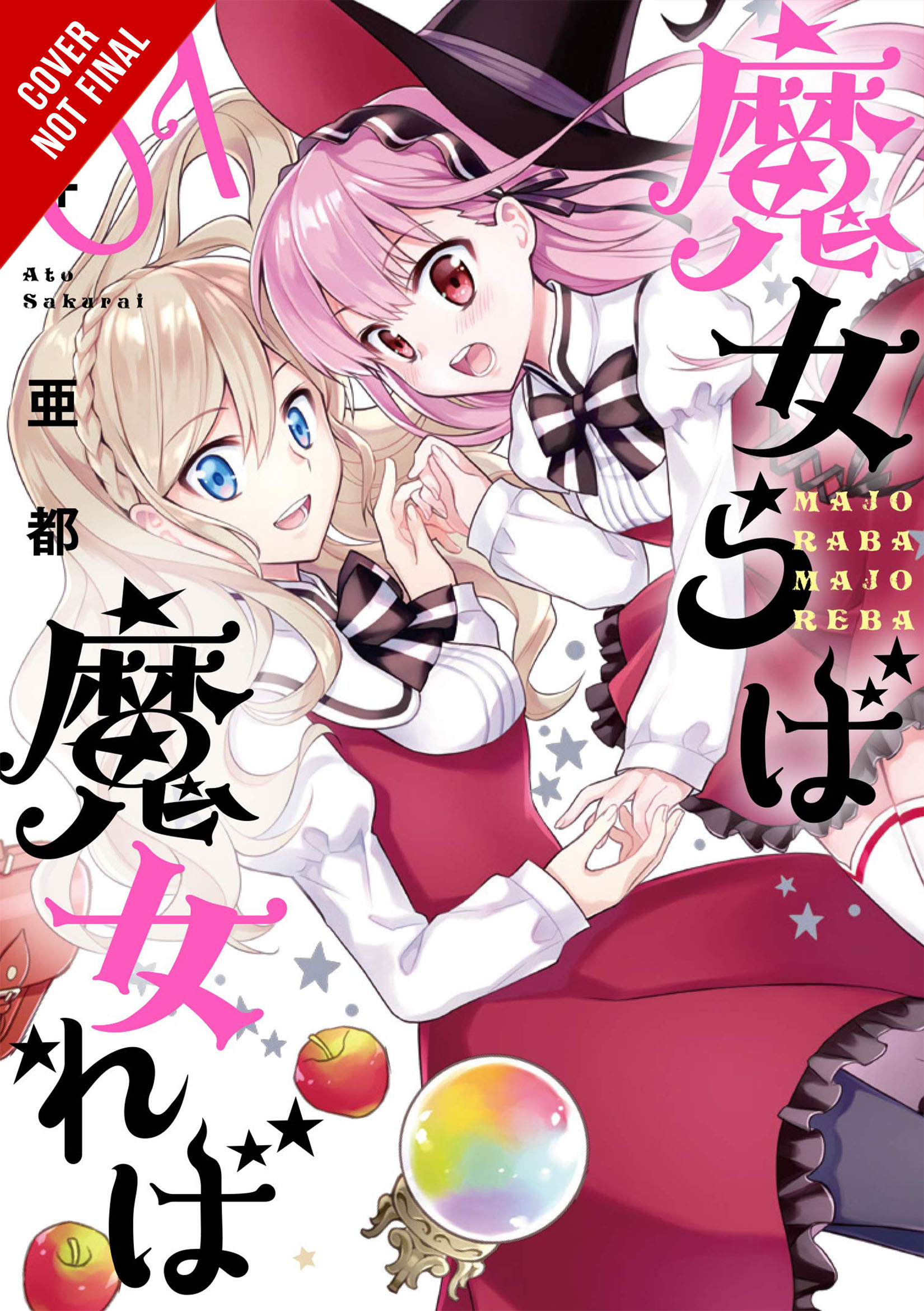 Haruka Kuse sees Maruna Rinjou as his savior—he owes his life to her blood transfusion, after all. But what he never knew is that she’s actually a witch! Haruka wants to repay the favor somehow, and the answer is…crossdressing to help Maruna pass her magic exams?! Ato Sakurai, author of Today’s Cerberus, brings a fiery new magical romance! Combining cute artwork with a hilarious hijinks, Majo Raba Majo Reba is a must-read for fans of shonen comedy. 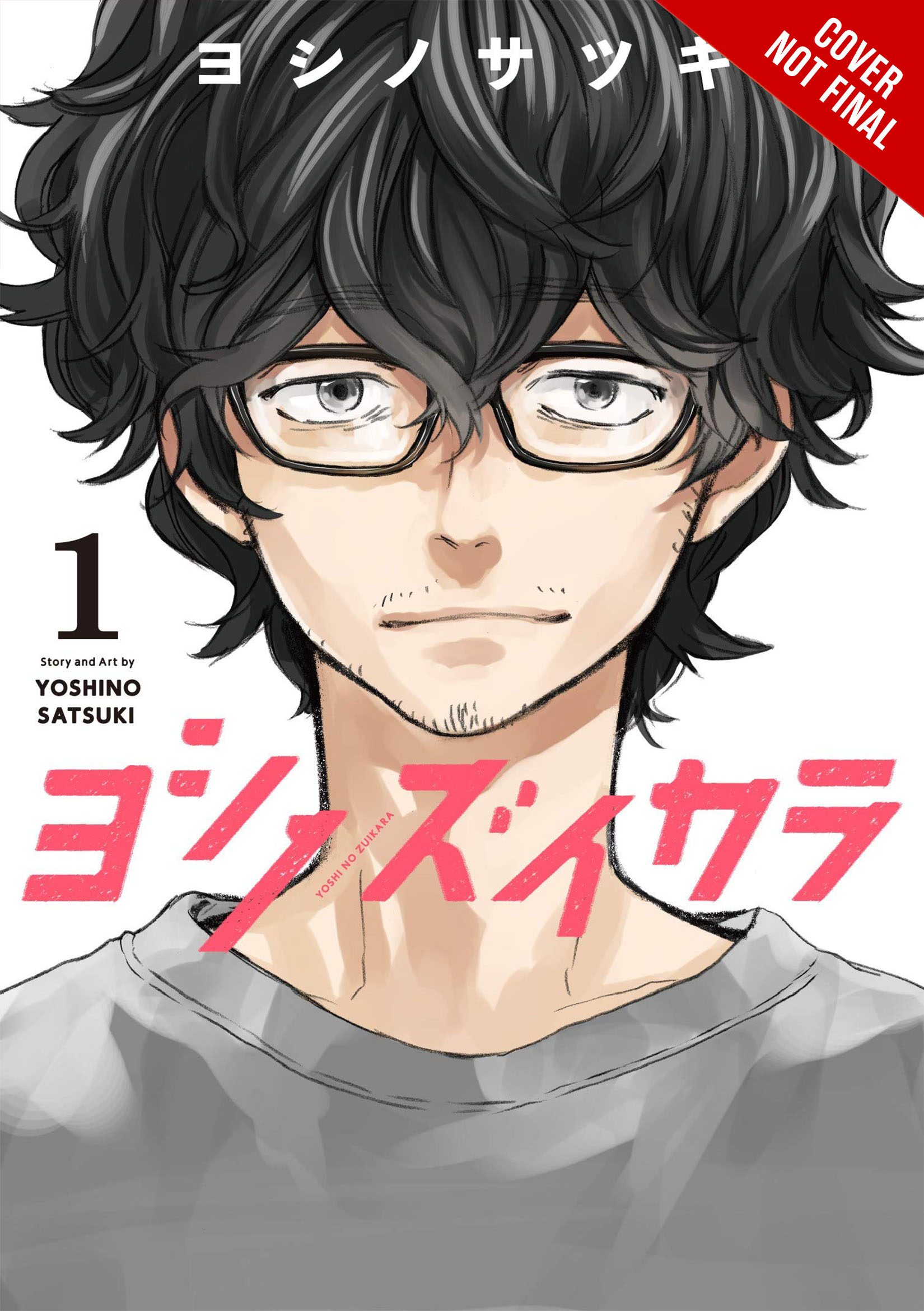 Yoshi no Zuikara: The Frog in the Well Does Not Know the Ocean
Story and Art by Yoshino Satsuki

A new story about one man’s creative struggles arrives courtesy of Satsuki Yoshino, author of Barakamon! Can a ten-year manga artist with experience only in the fantasy genre pivot to drawing a down-to-Earth story about regular folks? It’s sink-or-swim for Naruhiko Toono and his career! Yoshi no Zuikara stands out as an intriguing read for fans of slice-of-life stories as well as fans of series focusing on the manga industry, such as Monthly Girls’ Nozaki-kun and Bakuman. 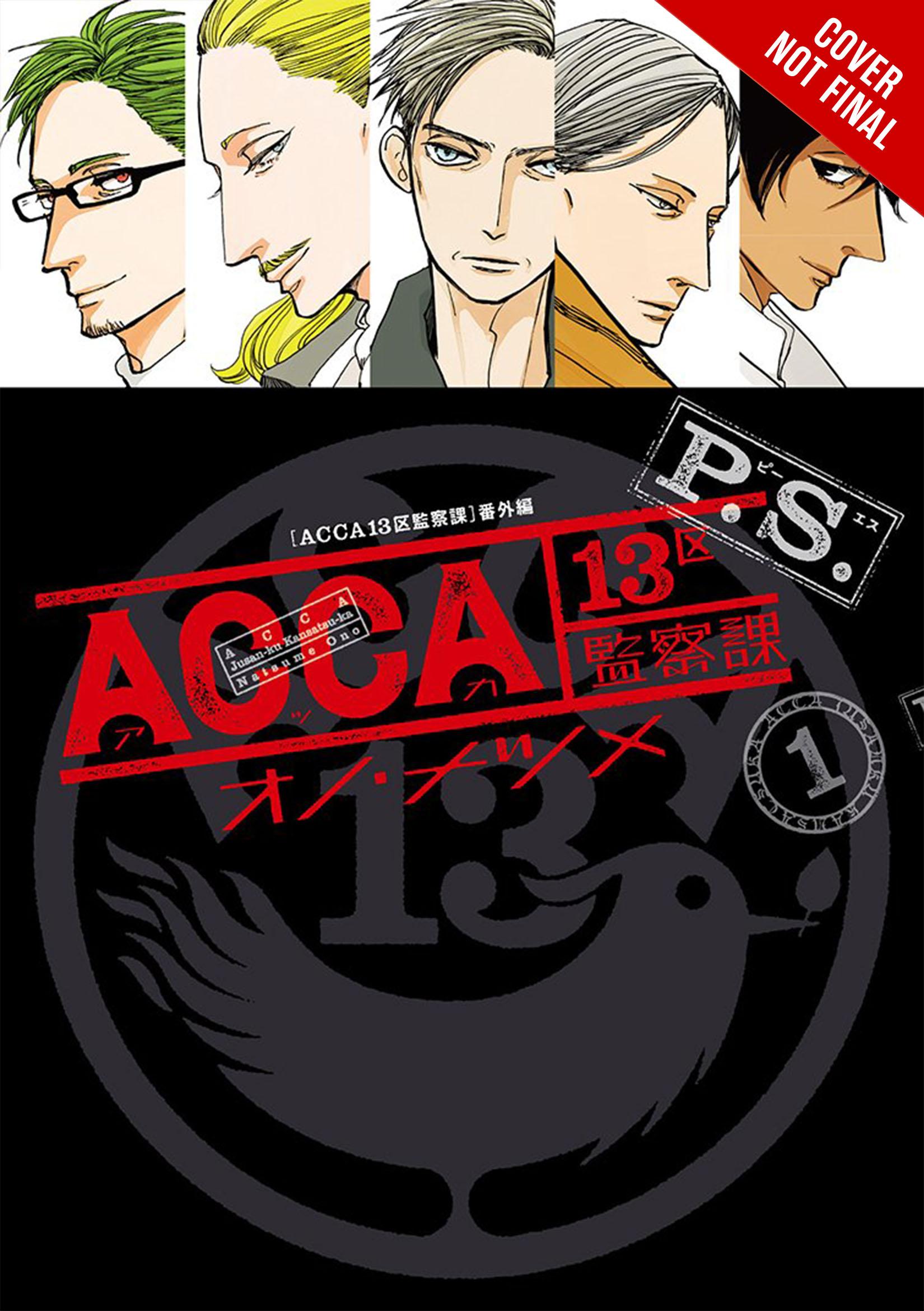 Dive back into Natsume Ono’s world of clandestine intrigue and delectable eats! This two-volume spin-off of Natsume Ono’s ACCA 13-Territory Inspection Department puts the spotlight on the supporting characters seen throughout the original series—including the five chief officers of ACCA, Nino, and Mauve! Discover closely guarded secrets, hidden thoughts, and true feelings in the Dowa Kingdom. (All six volumes of the original ACCA 13-Territory Inspection Department manga are available from Yen Press.)

When a new girl joins her class, Madoka Kaname feels she recognizes the mysterious, dark-haired transfer student from one of her dreams...a dream where she is approached by a cat-like creature who offers Madoka an opportunity to change destiny. Madoka had always thought magic was the stuff of fantasy...until she sees the transfer student fighting with the very cat-being from her dream! And just like in Madoka's dream, the cat gives her a choice: Will Madoka become a Puella Magi in exchange for her dearest desire? What will be the cost of having her wish come true? A collection of the three-volume Puella Magi Madoka Magica manga series published by Yen Press into a single omnibus volume. Puella Magi Madoka Magica retells the story of the iconic animated series from Gen Urobuchi, a series which has stood out as one of the most beloved anime of the past decade.