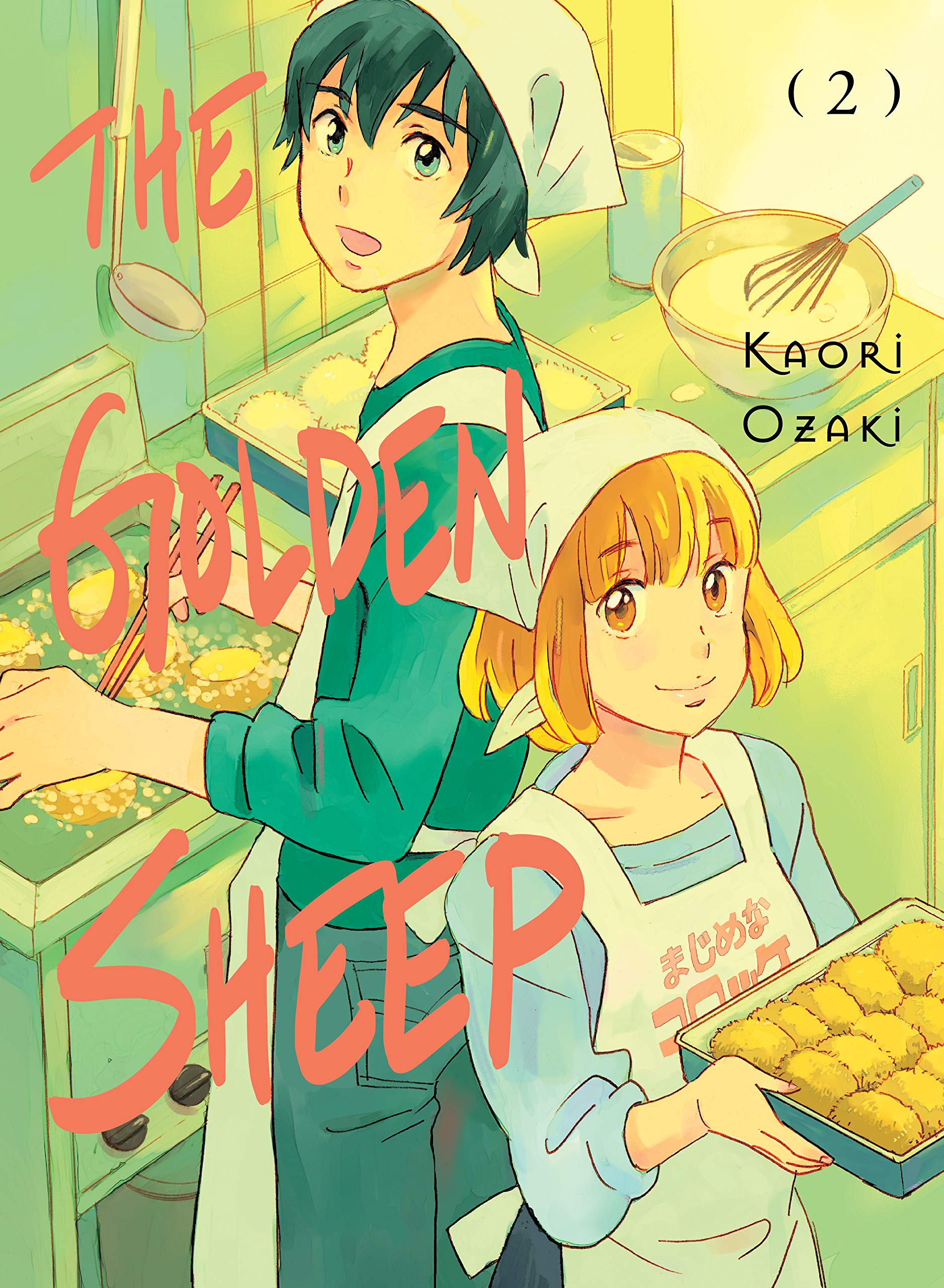 I am beginning to suspect that Kaori Ozaki has a slight problem with pacing. Her recent work The Golden Sheep started out on a pretty good foot, with its characters in the midst of conflict and self-destruction. But after reading its second volume, I feel like I’ve walked away from a story that lacks a stable structure. Rather, The Golden Sheep appears to be telling too much story in too short of a time period.

Picking things up after the first volume, the characters of Tsugu and Sora are now living in Tokyo with an elderly croquette maker. With his target now gone, Yuushin finds himself aimless in school, with the urge to get back into professional boxing. Asari, meanwhile, attempts to get closer with Yuushin, now that her so-called “competitor” Tsugu is no longer around. And in some fashion, these paths intertwine in an explosive manner.

First, the good stuff: the relationship between Tsugu and Sora feels far more concrete here than it did in the previous volume. Now that Sora is far from being suicidal in his new surroundings, it gives him the chance to see what his worth truly is. As he’s making croquettes with Tsugu and her (possible) grandpa, a glimmer appears in his eyes that was not seen when we first met him. What’s more, a certain weight looks to be off of Tsugu’s shoulders now that she’s out of her mother’s cramped apartment. Both not only look happier, but they also appear to find a level of purpose that their life in the countryside didn’t have.

However, I cannot say the same for Yuushin, whose unlikable traits seep through the pages of The Golden Sheep. Not only does he say a lot of questionable things in the midst of class, but winds up doing something practically unforgivable to Asari in a karaoke room. Even as the story puts the focus on him and tries to set him up for some sort of redemption in the boxing ring, he doesn’t really deserve that level of humanity to pour onto him. Yuushin sums his situation up far better than I ever could: “I’m hopeless scum.”

With that being said, all of this sets up a good confrontation between Sora and Yuushin, after the latter sees the former on TV. For the first time, we see the bullied stand above his tormentor, not giving way to his put-downs and threats. It results in a moral victory for Sora, with a line that turns Yuushin into an emotional wreck. However, I cannot help but feel that the conflict seems to be coming to a close, especially with what happens in the closing pages of the second volume. (If that’s the case, Sora’s letting him off far too easily.)

The Golden Sheep has the potential to turn things around, but the way Ozaki paces her narrative is a little too rushed. From leaving the confides of where the literal golden sheep is before first volume’s end to taking years of bullying and softening its conclusion, what could’ve been a nice slow, long burn of a slice-of-life feels as condensed as a 90-minute Hollywood teen dramedy adaptation of a Nicholas Sparks novel. It has two more volumes to turn things around, so there’s still room for improvement. Here’s hoping said improvements arrive in a timely manner, or else The Golden Sheep may lose its luster.