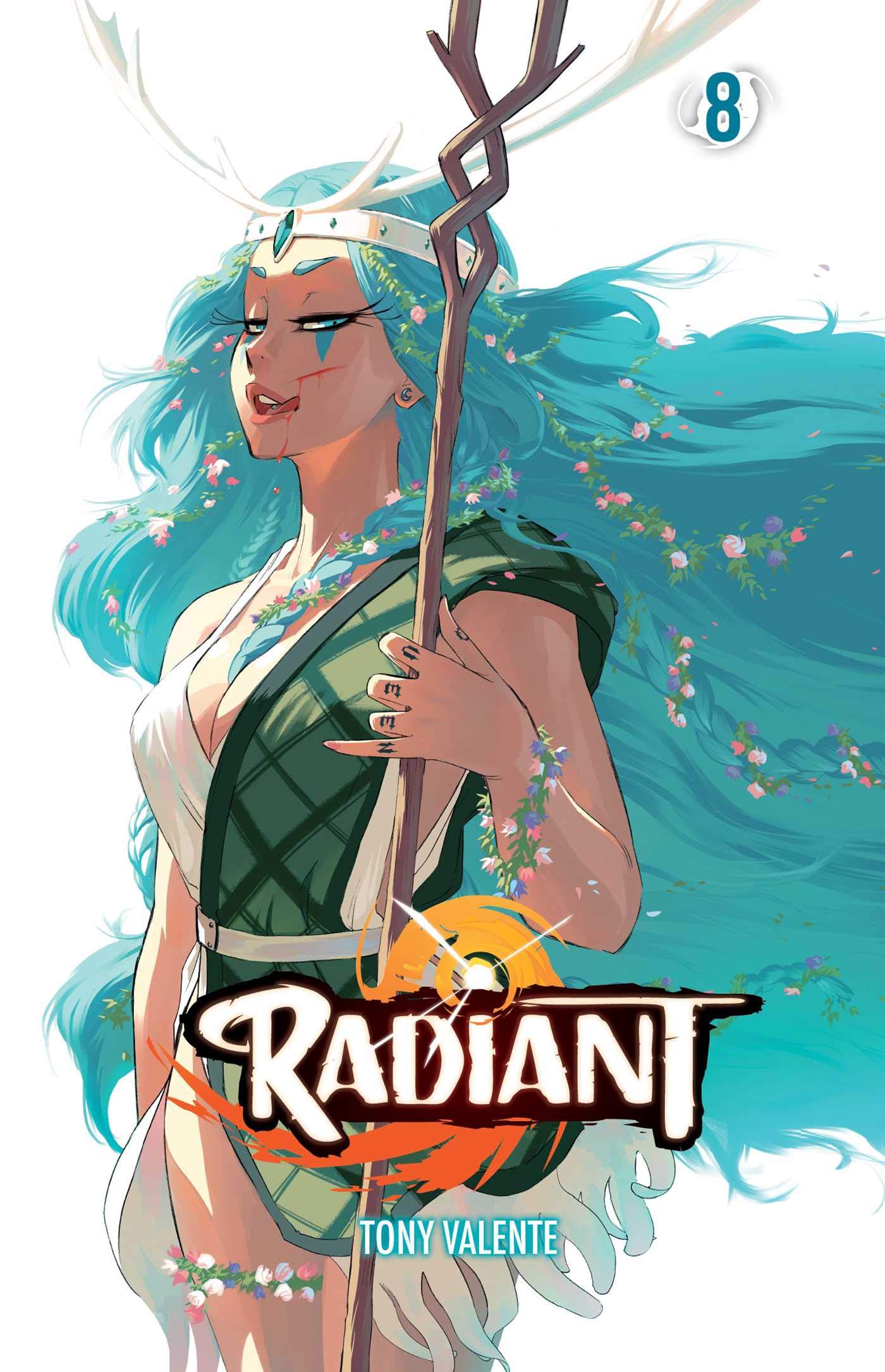 It appears that Tony Valente is learning how to iron out the flaws in his storytelling techniques. Since its beginning, RADIANT has had its quality climb and dip with each volume. Sometimes it’s exciting and filled with deep character development; other times it’s way too much exposition that’d make any reader fall asleep with book in-hand. Thankfully, for the past couple of volumes, things have looked up for both Valente and his RADIANT story, especially with its eighth and latest release.

The day for aspiring wizard knights to be sworn in is upon Cyfandir, with all eyes on the “troublesome” Ocoho. But she has a plan up her sleeve, as she reveals the truth behind the Spectrums that wreck havoc on the kingdom. However, before the final curtain can be unveiled, the Inquisition attacks, forcing the Queen and the wizard knights to take arms. Meanwhile, Seth and Doc sneak into the records office to find the whereabouts of Radiant, as well as find out firsthand who Diabal truly is. 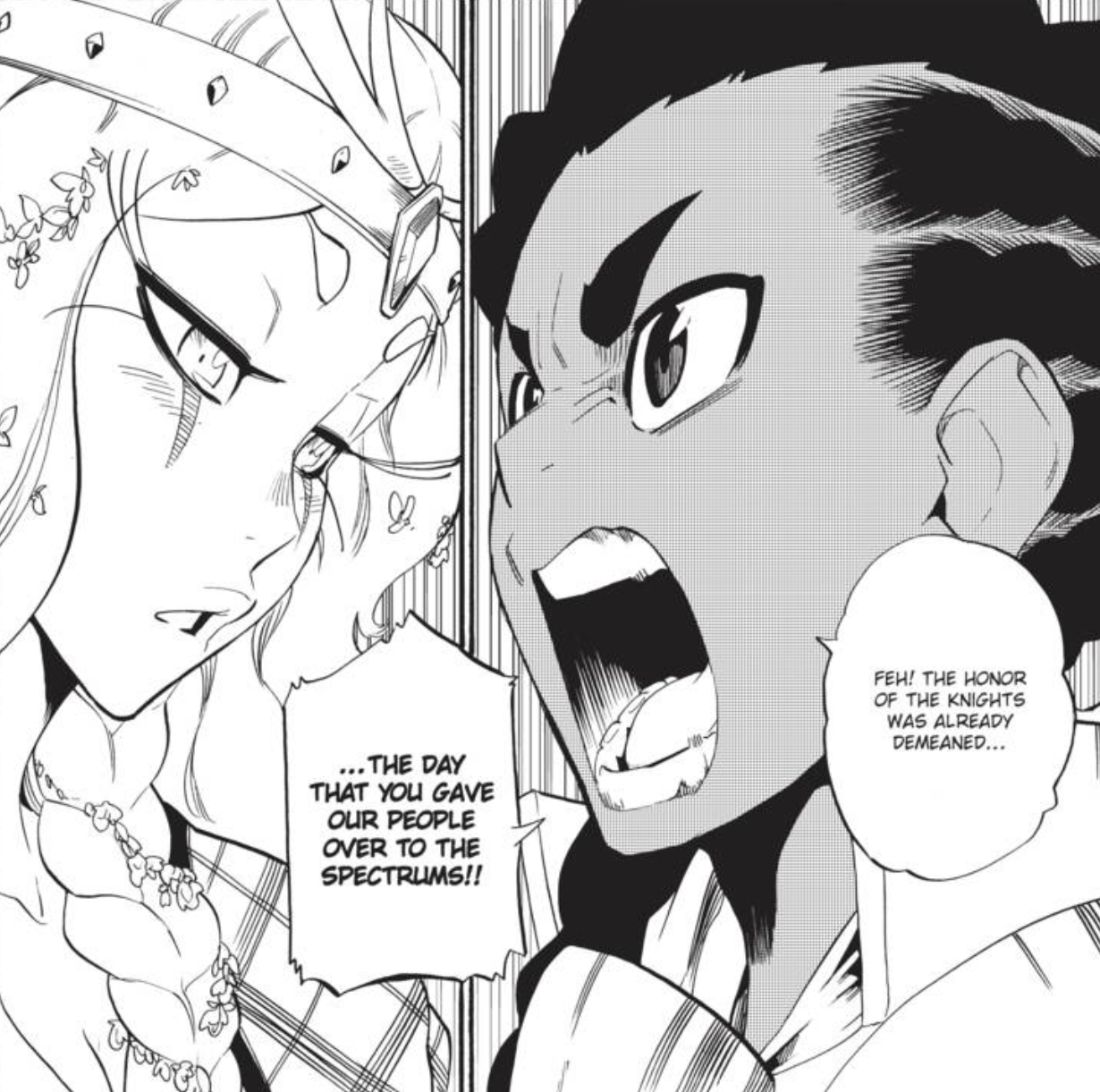 What’s most impressive about this volume of RADIANT is the action that it delivers. Battles between the wizard knights and the Inquisition seem to just leap off the page with beautiful detail and exciting flare. Despite some of her hidden agendas slowly unveiling, watching the Queen of Cyfandir take no prisoners or threats demonstrates how caring she is for her people, not to mention just how powerful of a force she can dish out. Even if it seemed like she was about to let the cat out of the bag, watching Ocoho battle alongside her and the wizard knights also showcases what these people in power care for most. Their relationship may be on shaky ground, but the lives of the citizens they’ve sworn to protect come first before anything else!

Of course, RADIANT is Seth’s story through and through, so it’s good to see that he’s getting closer to finding the truth about his brother. The more people similar to his situation he finds, the more the mystery starts to unravel. It was nice to get some backstory regarding Diabal’s origins, with some fine twists and explanations that felt more engrossing rather than long and unnecessary. As for the location of Radiant, well, most readers will more than likely have the same reaction as Doc when he searches through a certain magic book about it. 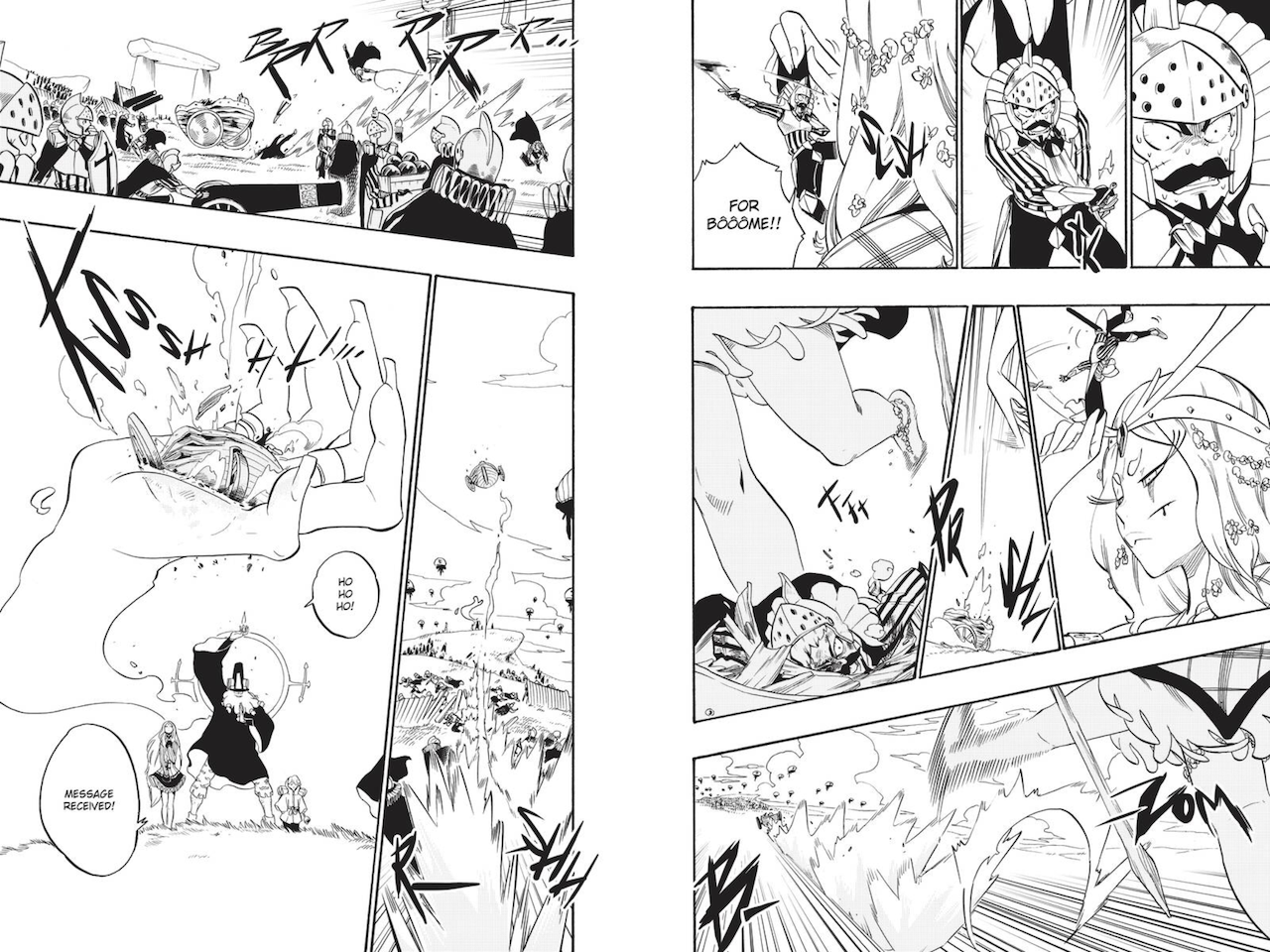 However, despite her toughness, I’m not entirely a fan of seeing Mélie acting as a hostage for the Inquisition. Yes, she finds her way to both protect herself and Seth, but it feels like Valente is having some trouble giving her more to do, especially with Ocoho now in the picture. It feels like the only big flaw in the current story arc, where Mélie is forced to play second banana to everyone instead of being seen as an equal on the frontlines. Here’s hoping she can get a good fight in during the last bits of the battle before the arc comes to a close.

Volume Eight of RADIANT sets itself up towards one hell of a climax. With the battle between the Inquisition and Cyfandir coming to heads, the outcome appears to stretch towards quite the unpredictable outcome. Whatever plan Seth, Ocoho, and the rest of the gang may have is up to anyone’s guess, but one thing’s for certain: it’s all shaping to be one jaw-dropping spectacle once the final blow is dealt!