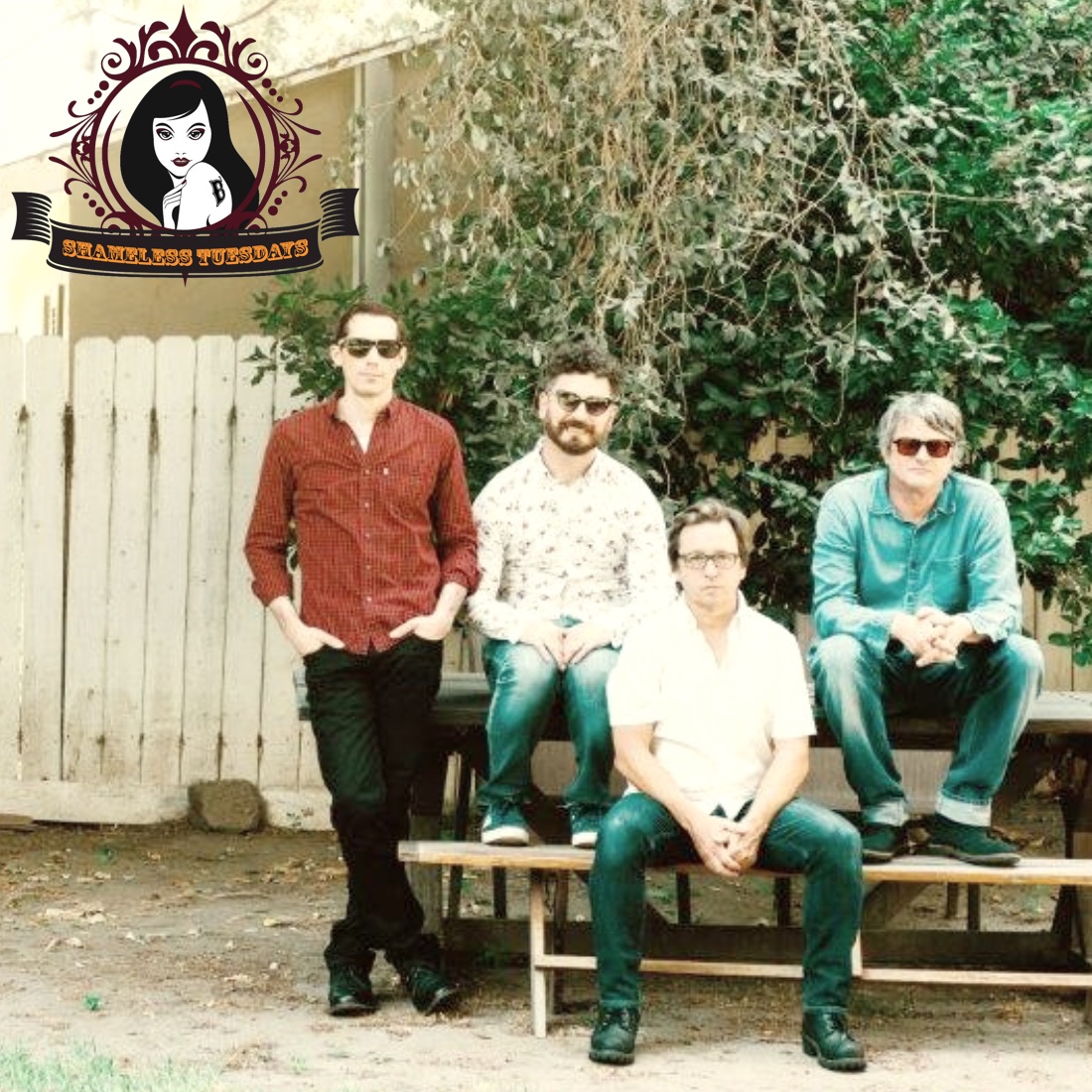 When you see a storm brewing over the Los Angeles cityscape, odds are it's not the work of Mother Nature. Nay, the rain that's about to pour on the heads of the Hollywood Elite is more than likely caused by the sounds of Tombstones In Their Eyes. The four-piece rockers are known for delivering brooding desert rock sounds that'd make even Thor quiver in his boots. Their latest album Maybe Someday hits stores on November 15th (preorder it here!), with the first single "Open Skies" arriving on October 16th. To prepare those unaware of the thunder that's about to be unleashed, Tombstones In Their Eyes are digging up for us a killer Shameless Tuesdays playlist!

Here's what frontman John Treanor has to say about this week's selections:

The songs I’ve chosen (and I know I’ve chosen a lot, but could have chosen many, many more) are very soothing to me. Something about all of these songs makes me feel okay, even when I’m not. I have listened to these songs over and over and the songs keep giving me the magic and quells the restlessness and anxiety inside. I’ve included mostly songs on the quieter, more psychedelic end of the spectrum, even though sometimes what I need to hear is something hard like Power Trip. I like to keep my playlists somewhat fluid, genre-wise, but kept this one mostly in the same ballpark so nothing is too jarring of a change. I did sneak an Electric Wizard song in there, but that’s okay because they’re trippy...

I included a few of our own songs - these includ some of the ones that I feel are underlooked, except for a couple that people seem to really like. And I left out some obvious bands like The Black Angels and The Brian Jonestown Massacre, who I listen to a lot and are big influences.

Many of the bands on the playlist I found just poking around on Spotify, like Guitaro, who are amazing, The Great Northwest, whose “Chief John” I could listen to over and over, Bad Liquor Pond, Magic Shoppe, Quest for Fire, etc. Some recent finds include Chatham Rise, Jesus on Heroine, Frankie Teardrop Dead and The Kundalini Genie. Great stuff from them. Then there’s Songs: Ohia’s “Farewell Transmission”, maybe an obvious pick and probably their most popular song, but what a goddamn song it is. The Screaming Trees are another old favorite band and the song “Sworn and Broken” became one of my favorite songs over the last couple of years, just wait for the organ on the bridge, so beautiful. Enjoy listening.

For more information on Tombstones In Their Eyes, visit their official Facebook, YouTube, Twitter, and Tumblr. Check out their latest single for "Open Skies" below via their Bandcamp: