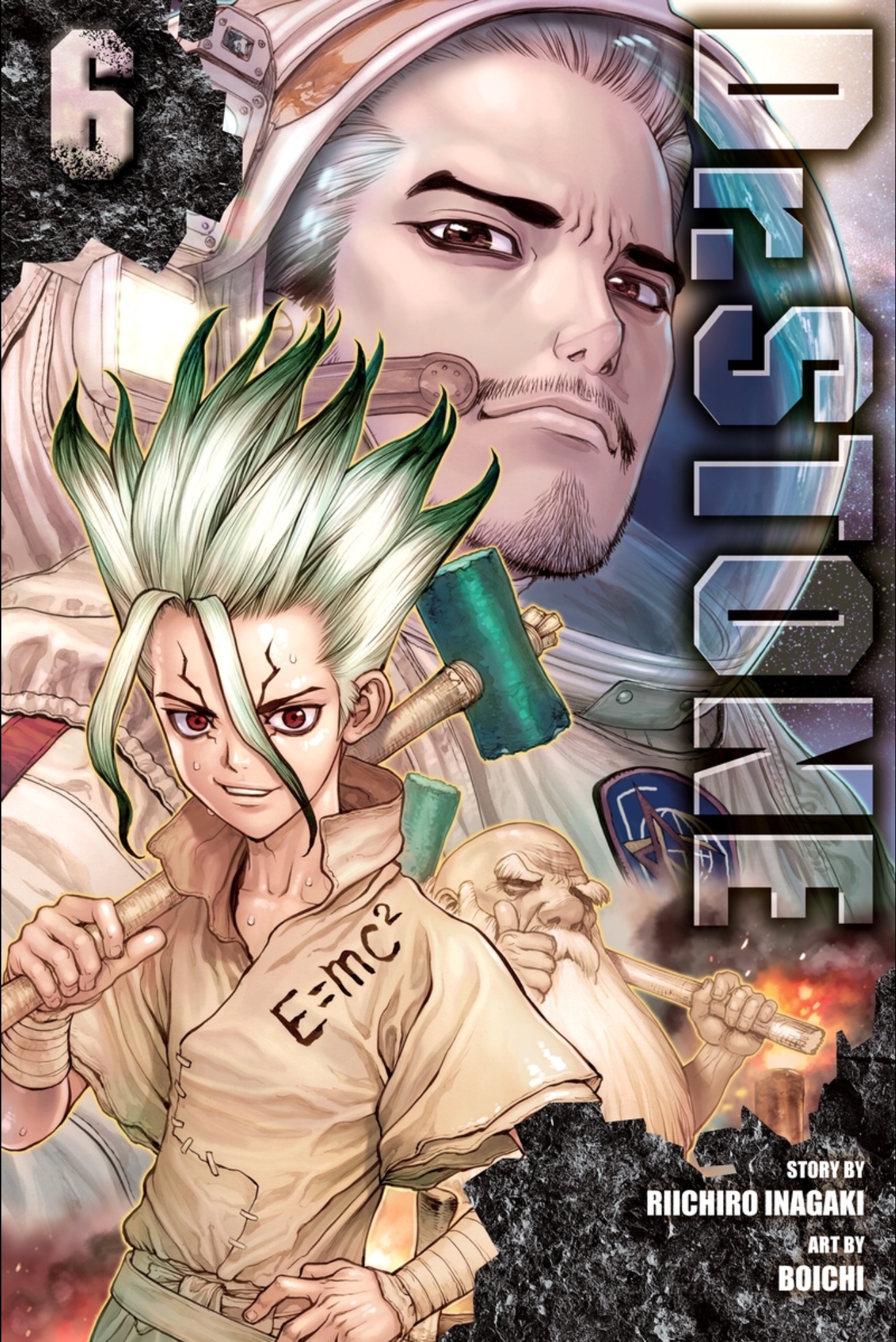 First, it was about reinvigorating life. Then, it was taking the task of crafting weaponry. Medicine shortly followed, pushing Senku and the gang closer to the modern age. With science in their arsenal, the cast of Dr. STONE crawl closer each day to bringing civilization back on its feet. However, as evident in its sixth volume, the clock is ticking towards a battle between brain and brawn.

After learning about what had happened with his dad and space crew, Senku sets out to bring his father’s hopes for a better future to life. However, the biggest threat arrives across the village bridge, with Tsukasa gathering warriors to plan to destroy all of Senku’s hard work. Thankfully, with sheer mind power and cleverness, the smartest man in the world has a few ideas up his sleeve to gain a victory in the name of science! And that plan includes...smartphones? 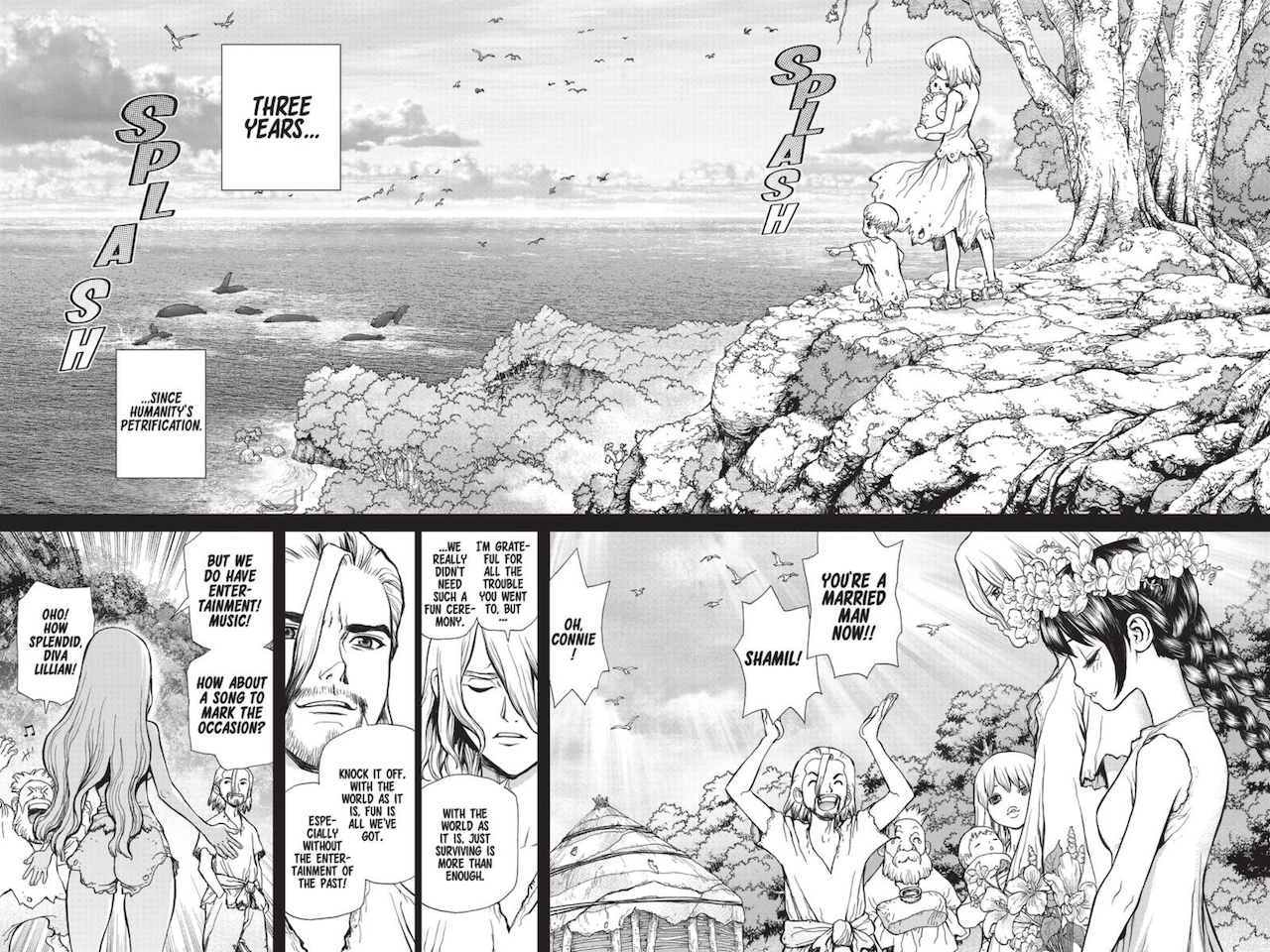 Quite the jump Senku is making, some of you may be thinking. But as luck would have it, such an idea is not as farfetched as it seems. As one can guess, Senku’s plan to defeat Tsukasa will have his brawny soldiers shaking in their boots due to its technical prowess. It’s even more mind-blowing to see how such an idea comes to be, as it all starts with the re-invention of a cotton candy machine!

Delightful as it may be, Dr. STONE isn’t just doing this for gags and laughs. Quite the contrary, as Senku dives deep into why the sweet-maker is an essential part in making smartphones in the Stone World a reality. The more layers that are added on, the more impressed I become of Riichiro Inagaki’s writing. Every plan, idea, invention, and strategy is showcased with such intelligence, to the point where it’s getting rather hard to critique anything that happens in this manga. To be blunt, the author would have to royally screw up somehow to make Senku’s journey to revitalizing civilization fall flat on its face. 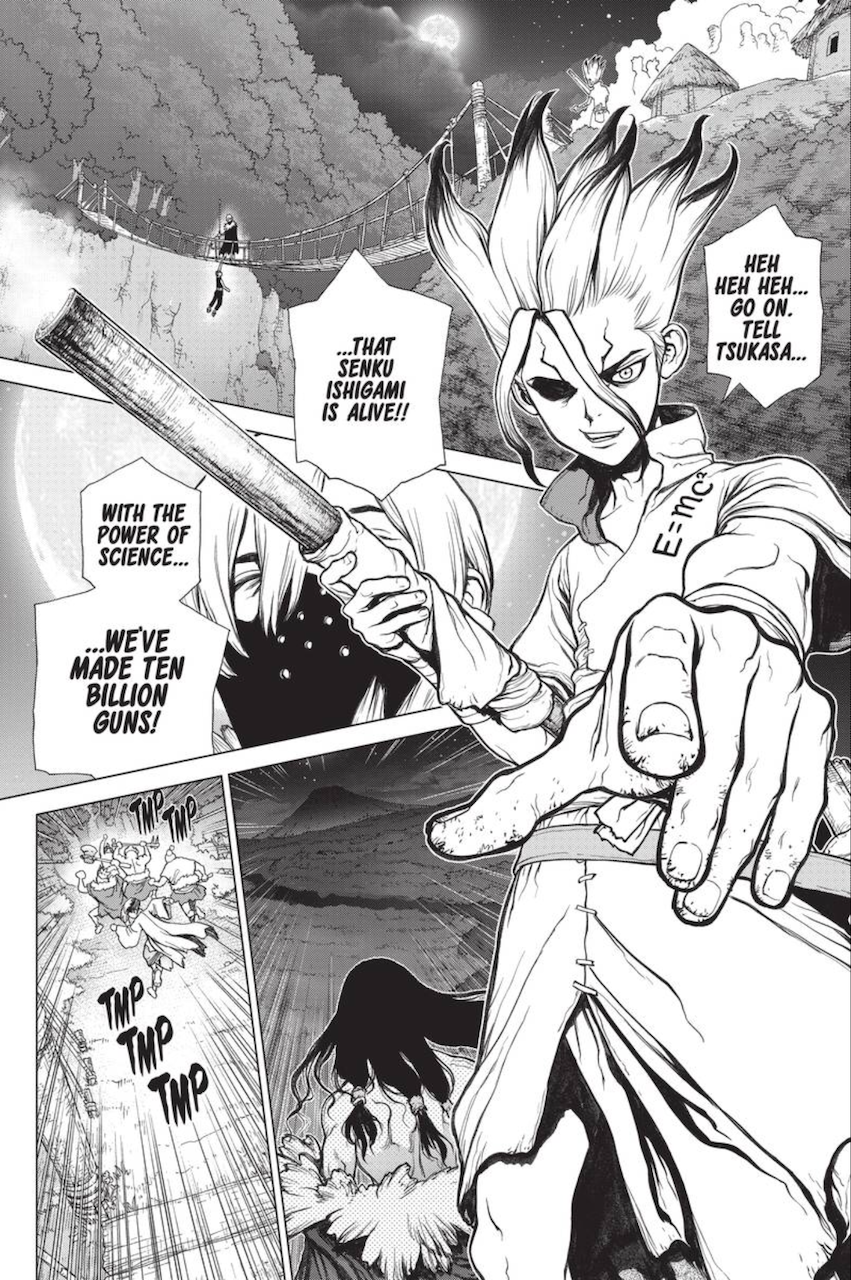 Pairing up with its clever wit and knowhow, BOICHI’s art style gets a chance to truly show off some great fights. While this manga is mostly all about showcasing one’s brain muscle, it’s cool finally seeing the artist get the opportunity to show a real epic battle happen within this story’s confides. Yes, the mind does overtake the feats of strength as always, but the journey towards its superb end result is worth basking it all in.

Volume Six of Dr. STONE now sets the stage for a battle between Senku and Tsukasa. With Taiju and Yuzuriha also waiting in the wings, all signs soon point towards a long-awaited reunion with everyone. With the fate of humanity waiting to fully come to be, it’s apparent that someone in this camp is going home either completely defeated or in a body bag. Excitement doesn’t even begin to describe how Dr. STONE fans should feel for what’s to come beyond its horizon... 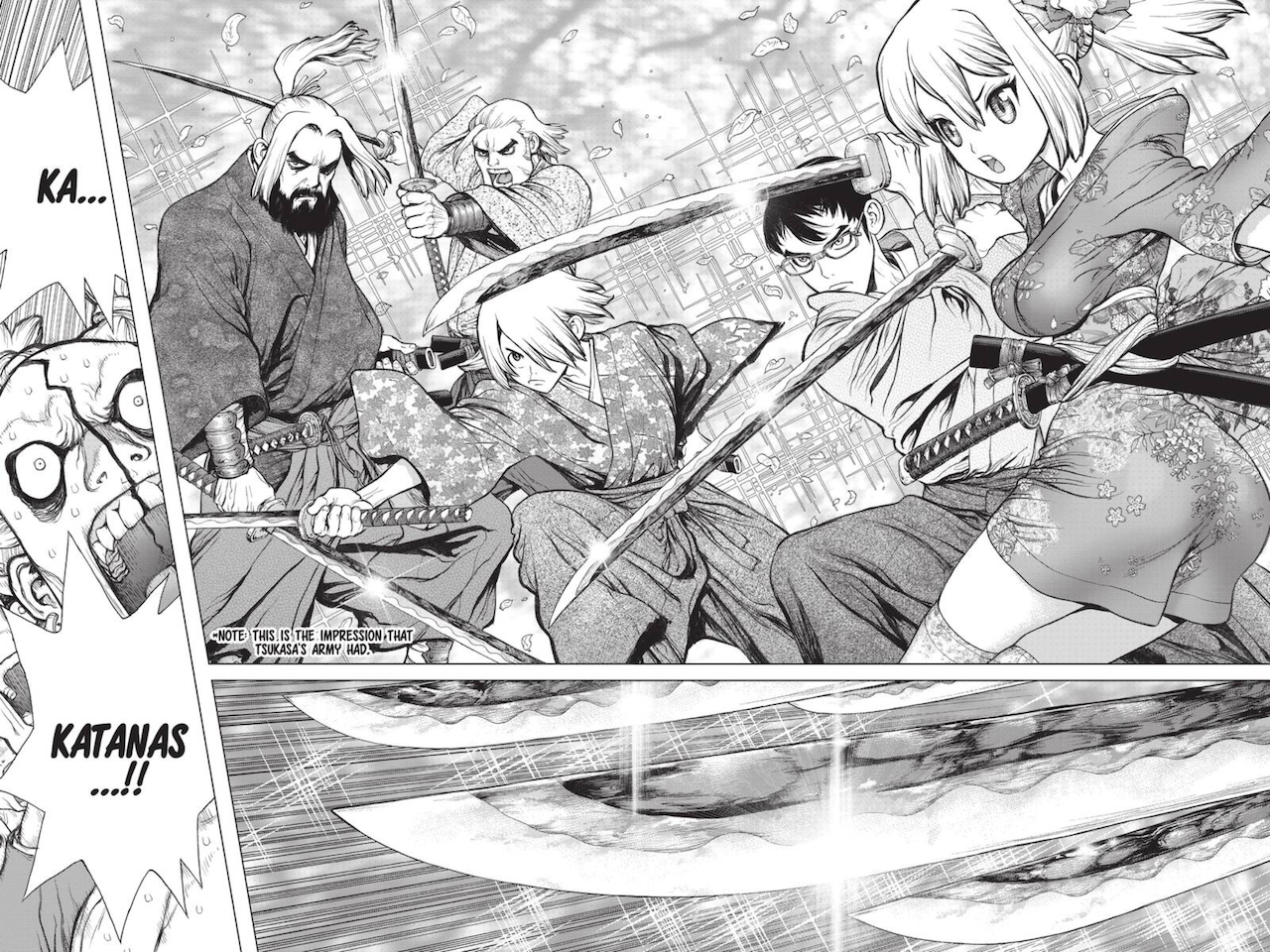