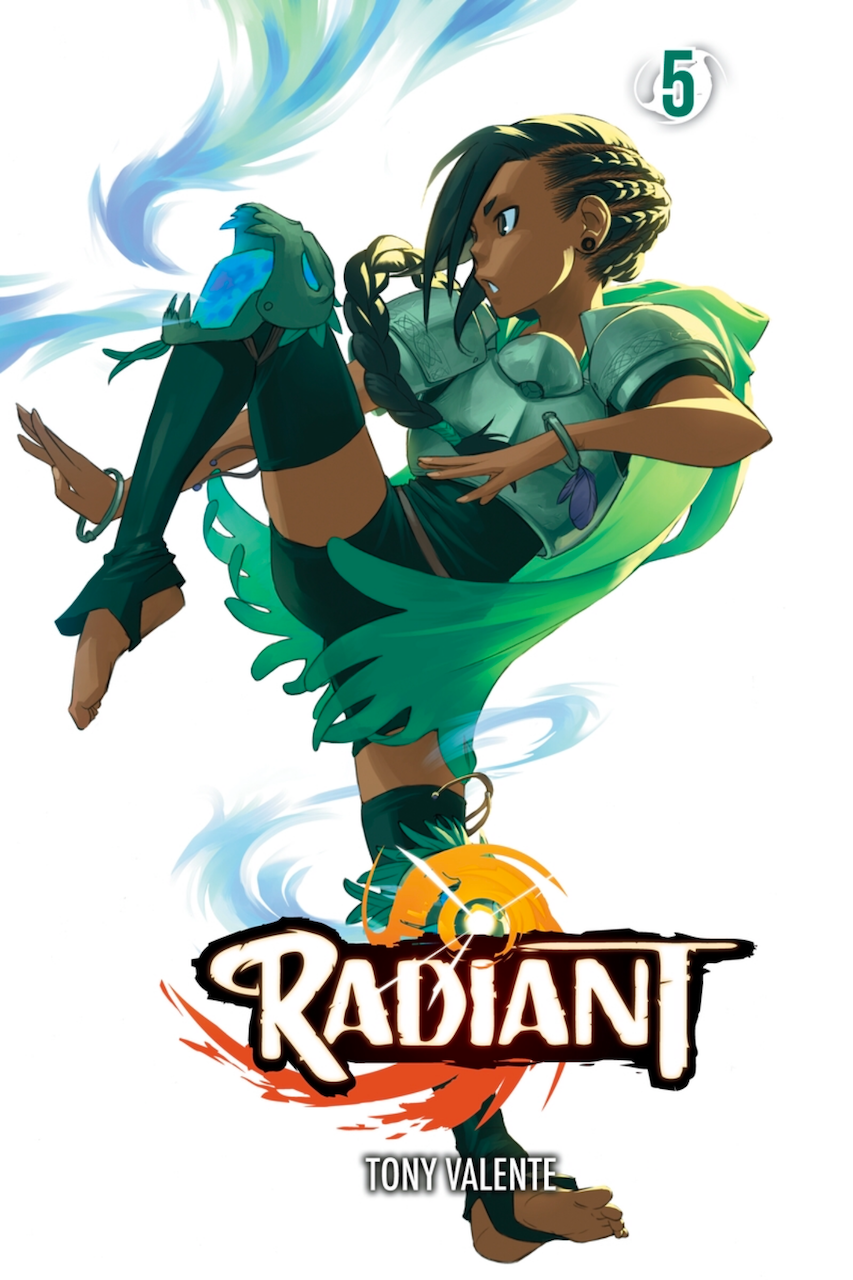 When it comes to storytelling, it’s hard to rate French manga creator Tony Valente. Sometimes he’s capable of bringing out some imaginative fights and worlds, as well as a good chunk of humor with his characters. But other times, I kind of wish he would greatly tone down on the exposition and chatter. This is very evident in the fifth volume of RADIANT, which has its clever humor and beautiful visuals going up against some long-winded conversations.

With Alma’s help, Seth leaves Mélie, Doc, and all of Rumble Town behind to continue his search for Radiant. A lead to a castled kingdom called Caislean Merlin seemingly results in a dead end, only for him to accidentally join their wizard knightly order to take care of some Nemeses. There, he befriends a knight named Ocoho, who has her own secrets to hide. What’s more: Seth starts having weird visions, which slowly come to fruition the more he dives into Merlin’s vicinities. 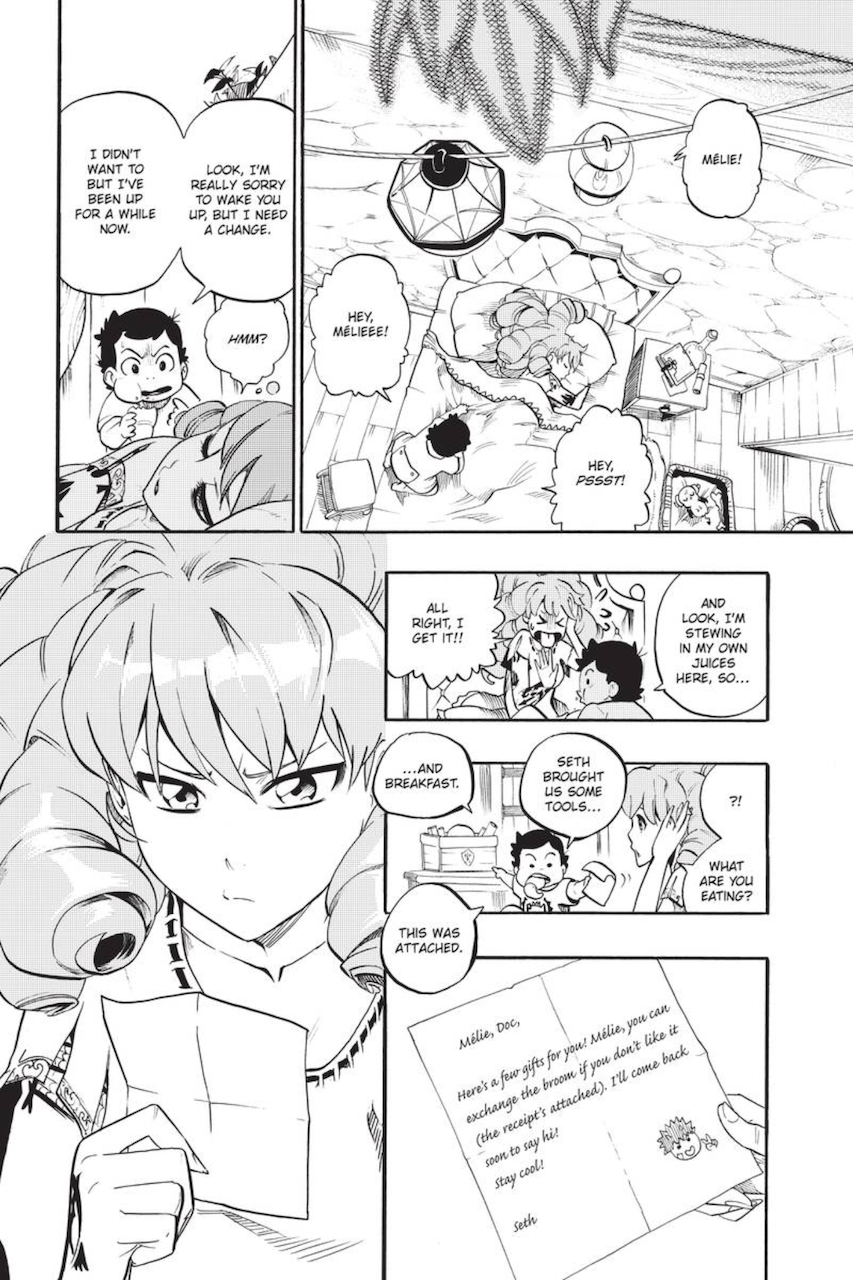 It’s tough to see Seth abandon Mélie and Doc, but considering his need to control his powers, it’s understandable why he needs to leave their side. With that being said, it does a great disservice to the story as a whole, as it just strips away the dynamic that has helped keep this tale held together. Despite seeing them again later in the volume, their presence becomes something more like secondary characters rather than heroes that stand toe-to-toe with Seth. Though the story kind of hints of them having a permanent reunion of sorts, it doesn’t give off a strong guarantee that it will happen.

The introduction of Ocoho adds a nice new blood factor into RADIANT, having a similar wet-behind-the-ears personality that Seth has. Her more noble style compliments well with her cutesy persona off the battlefield, one that gives way to a strong relationship with her adorable flying Draccoon. A dark side to her is hinted greatly as Seth watches a scene hidden in the shadows, with a possibility of it being linked to the big secret areas he discovers in the castle. Also fun is the introduction of Myr, whose silly perverted songs and nasty antics bring some of the series’ best comic relief. 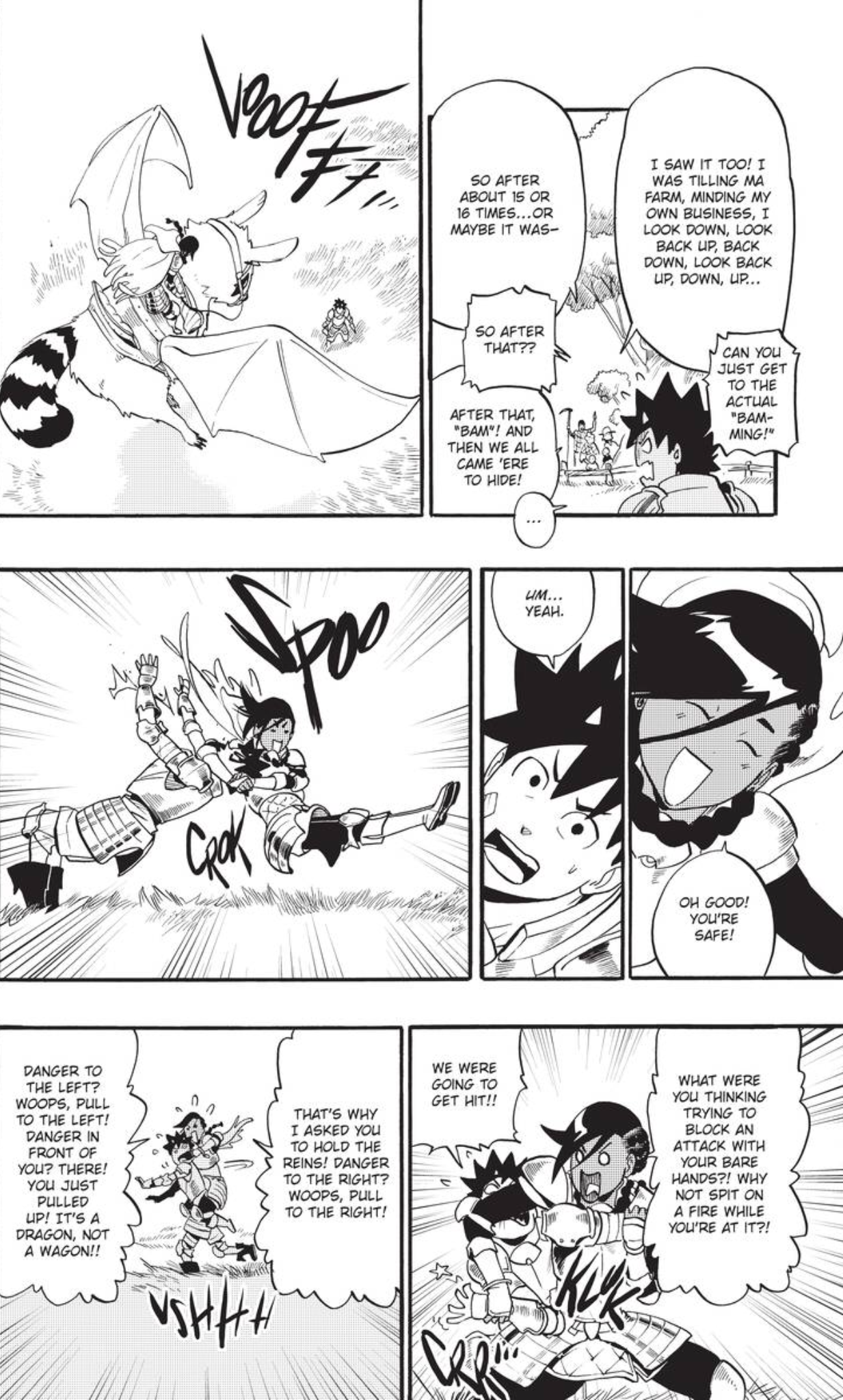 Yet once again, the story suffers from way too much chit-chat in-between the good stuff. From the crew of Barons Seth runs into to Captain Dragunov’s surprise promotion, nothing that goes on in these scenes feel interesting to witness. All it does is slow things down to a craw, something that Valente still has yet to find a way to get around. I wish I could say that these conversations carry something of interest, but they drag down the important stuff so much that I was having trouble staying awake due to how bored I was reading it!

Volume Five of RADIANT had its fair share of fun new characters and humor, but the long expositions that were thrown in from other folks kept it from being as exciting as past volumes. Although it ends on a high cliffhanger note, what occurs throughout makes it a tough read to go through in the long run. Yes, there’s some top-notched comedy here thanks to newcomer Myr, but it doesn’t hold up as well here as it did in the last few volumes. Fingers crossed that things will get more interesting around next volume, but if I were to guess from Valente’s writing patterns, the dull stuff in RADIANT will more than likely be diluted rather than vanquished completely. 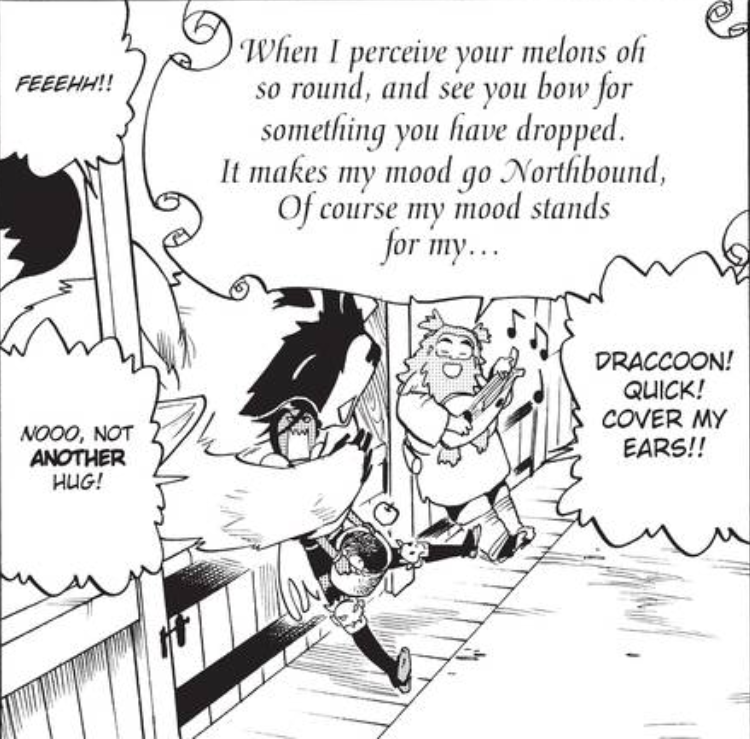