GAME REVIEW | "Kotodama" A Disappointment In Both Puzzles & Fan-Service

Posted 2 years ago by Eric Kelly 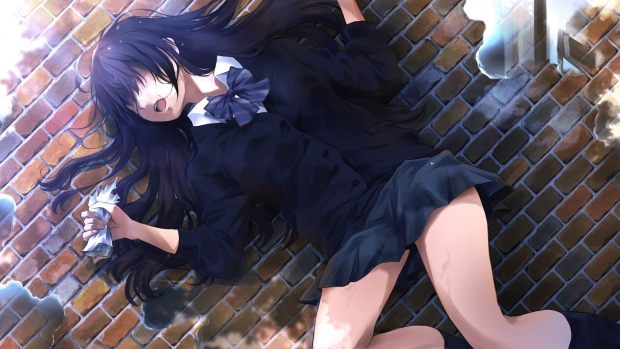 It's been a long time since I've played a really terrible visual novel. One could hope that one could avoid such a fate. But sometimes you can be drawn into something that seems interesting at first glance. That's when you play it, only to discover that it's a poor story that tries to still be interesting with match three and some "fan-service". Such is the case with Kotodama: The 7 Mysteries of Fujisawa.

Kotodama is about a student who transfers to a new school after an incident happened at their previous school. It's not long before you are drawn into strange occurrences once you get roped into solving the "Seven Mysteries of Fujiwara High". Sure, this trope has been done as a joke in many an anime, but this one has the twist of each case dealing with a character and their dark sides (or at least secrets). Unfortunately, one such character's dark side sees you getting caught, and ending up in a time loop. The goal now is to redo the events of the game, changing the outcome of these events, and to forge a new path. 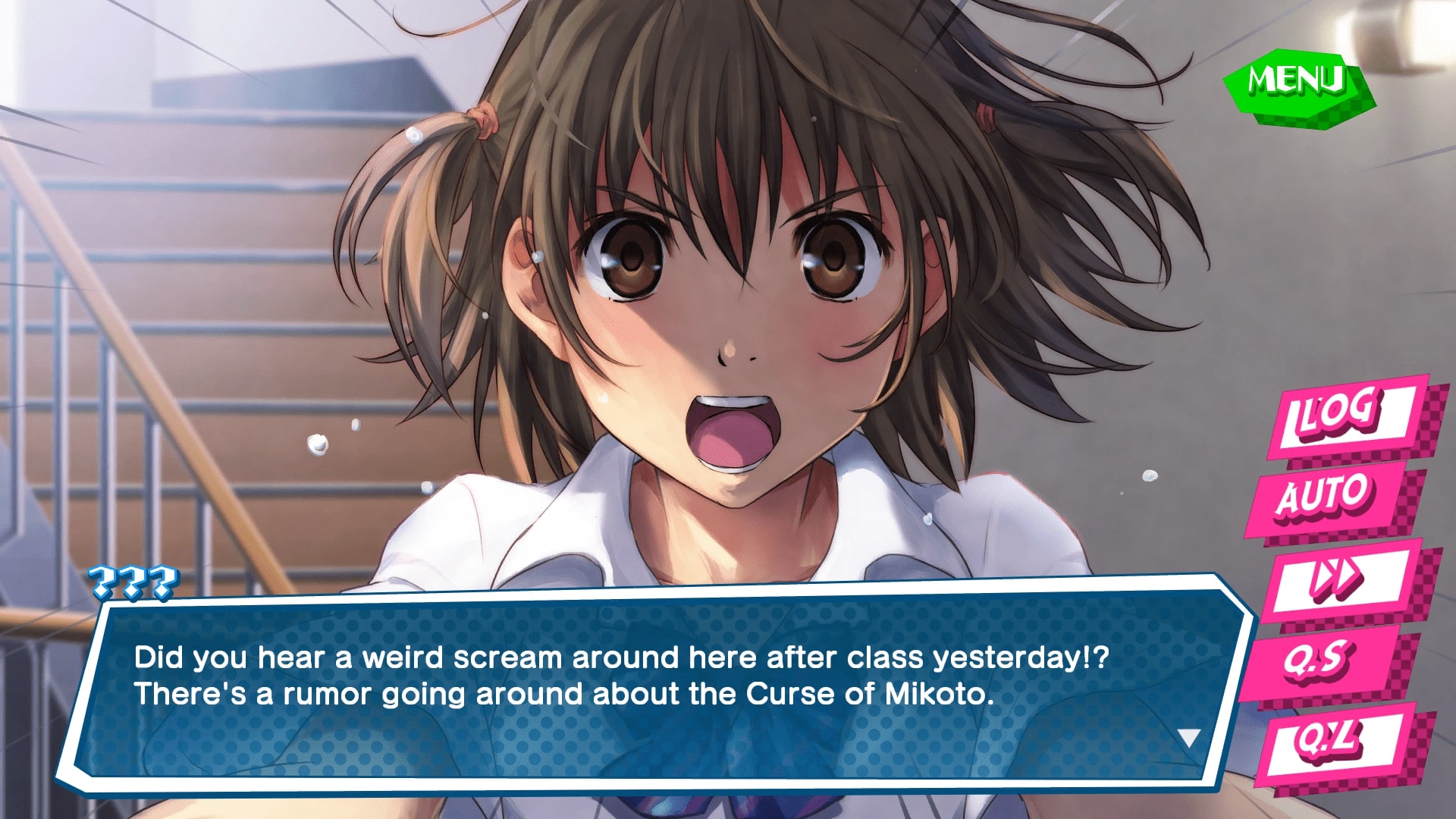 Along the way, you'll have to question certain characters, but that usually won't be enough. Instead, you'll have to use your power to enter their mind, and play a match three game to break the barriers of their heart, in order to have them give up their secrets and learn the full scope of the truth of what's going on in the school. The only problem with this other than a lack of consent, is that this match three game has your "opponent" get stripped as you fill their "happiness" meter. Of course, this is not an 18+ game, so there's no nudity or sex like HuniePop, so if you wanted that, this will be a tease.

The bigger problem with this is that Kotodama does not much to indicate that it's not that kind of game, so it'll come as a surprise for some. But it's not like the game is all that titillating, as the visual presentation of the game is incredibly shabby. The GUI is ugly, as is the amateur-looking character design. However, it does have a full set of features that a decent visual novel would. Sadly, the problem is that none of it is done all that well. 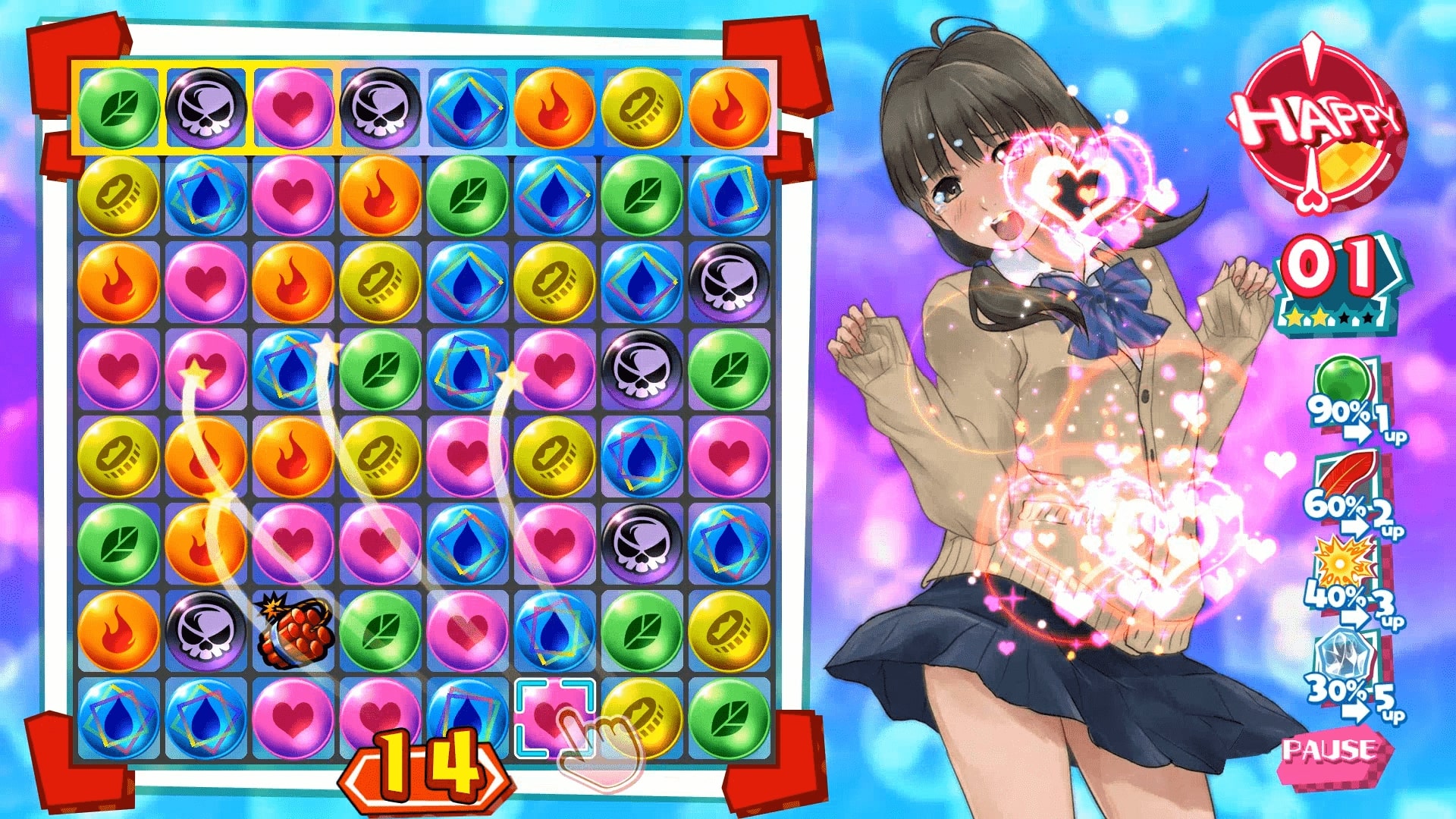 The time loop stuff makes having to replay parts of the game a chore since the 'fast forward read text' option is too slow. Quick-saving and loading are similarly slow, as well. Trying to go back to previous chapters is difficult since there is no chapter select option. This forces players to get in the habit of making multiple backup saves in case something goes wrong.

Lastly, the story is boring, the characters uninteresting, and the ending feeling like a pilot for a future series that won't happen because the game is too bad to warrant a sequel. If you like either puzzles, visual novels, horror, or even "fan-service" games, you'll be disappointed with Kotodama. Play something else instead. 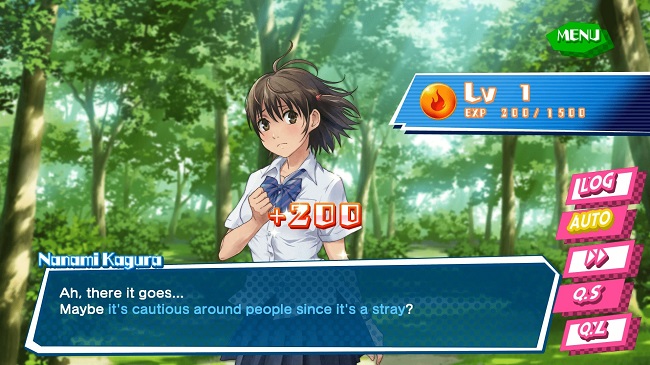 The Good: The match-three game is really the only redeeming factor of this game.
The Bad: The story is pretty dull, as is the visual presentation.
The Ugly: The bizarre addition of being a strip match-three game that doesn't even try to justify itself.

SUMMARY: All in all, Kotodama: The 7 Mysteries of Fujisawa is a boring visual novel with a match-three game, except it's needlessly a fan-service game that even fails at being that.