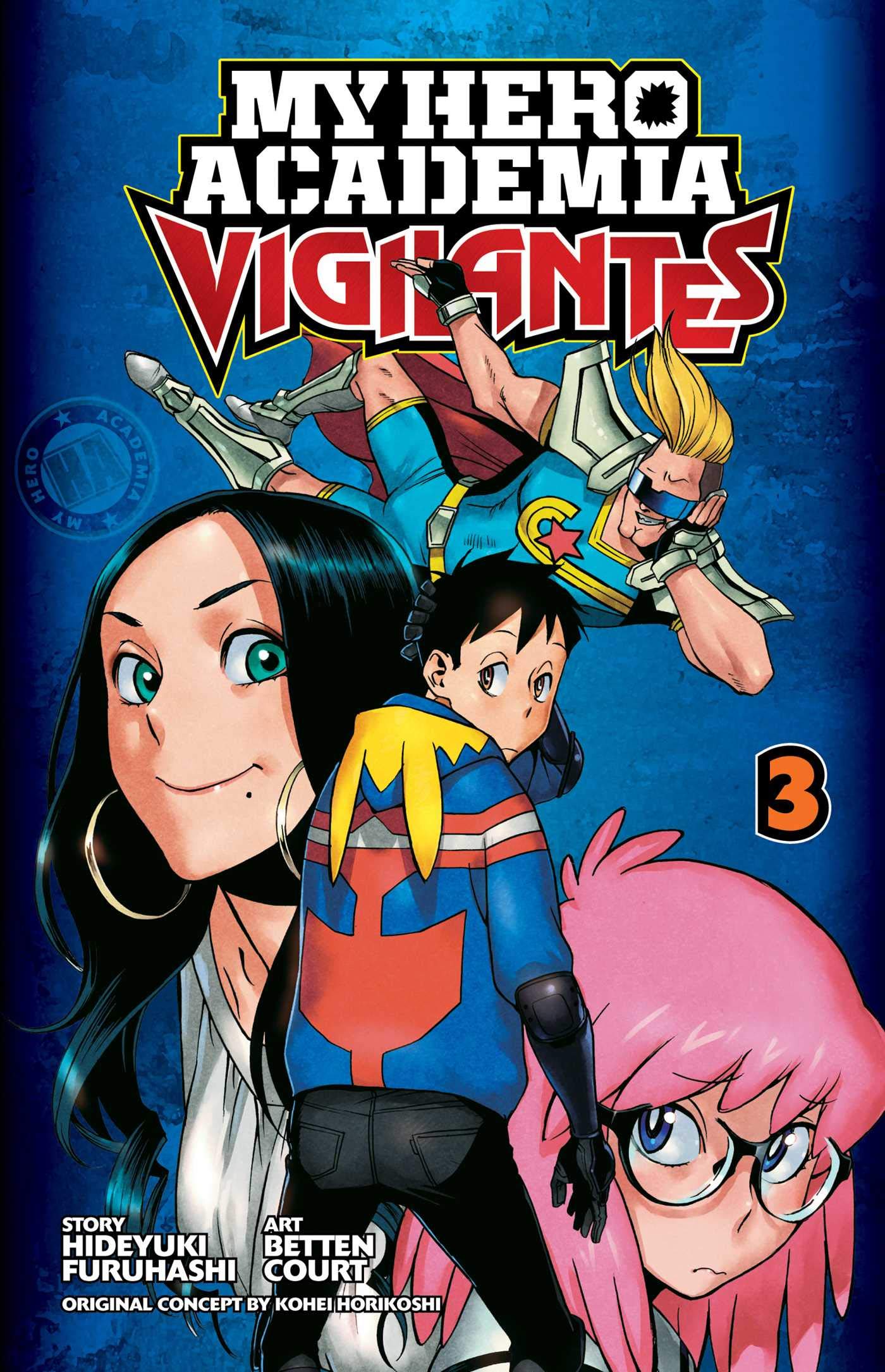 There’s a nitty-grittiness to My Hero Academia: Vigilantes that isn’t found in the main series. Like a blend of Kohei Horikoshi’s original story with the style & humor of the works of Frank Miller and Mike Mignola, this tale of The Crawler, Pop Step & Knuckleduster digs for the dirtier kinds of villainy that All-Might and Deku tend to overlook. The end result is a fun action series with a bit of an overcasting shadow of darkness encompassing Horikoshi’s original world. This level of storytelling continues onward in its third volume, albeit with a stronger emphasis on its comedic elements.

New characters enter the fold, as Koichi (The Crawler) finds himself having to adjust himself around a fellow classmate and the number one hero in America. The student, Makoto, at first wants to help Koichi with his studies, only to use his assistance on her own project revolving around vigilante heroes. Of course this means keeping his vigilante hero identity a secret, all the while having Captain Celebrity entering the fold with his faux charms and horn-dog mentality. But even the greatest hero (or villain, for that matter) can go head-to-head with one of humanity's greatest foes: a strict, overbearing mother. 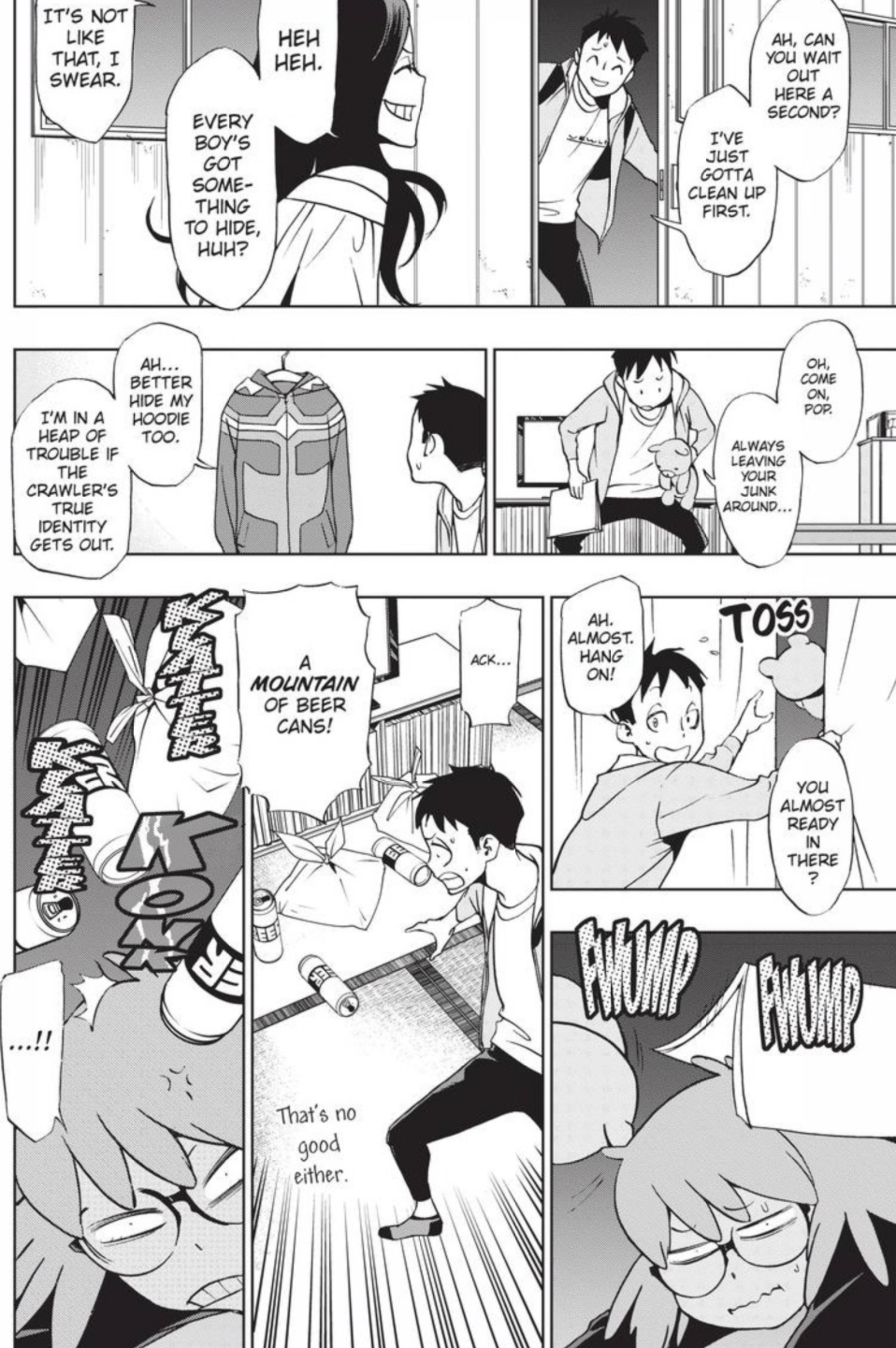 Main baddie Kuni Hachisuka takes a back seat for most of this volume, placing more of a focus on the new characters and the life-balancing Koichi has to manage. Because of this, there's a lot more humor-based storytelling that's placed on its world. Thankfully, this doesn't take away from the darker elements that My Hero Academia: Vigilantes likes to showcase, with some of its so-called zaniness placed on how much of a scumbag Captain Celebrity truly is. From picking-and-choosing who to save and his habit of cheating on his wife, the character can be seen as a social commentary on how much more "accepting" these traits are in the U.S. compared to Japan.

Unlike the previous two volumes, the amount of action here is kind of toned down, with more focus on character building rather than the big fight scenes. When Koichi's mother visits, it gives readers the chance to see the nicer sides of both Pop Step and Knuckleduster. With the big reveal in Volume Two revolving around Pop Step's relationship with The Crawler, it's becoming very apparent that the female hero is slowly making her way into being Koichi's love interest. It also helps that this volume tends to showcase how funny it truly is to see Knuckleduster act like a decent human being around the mother, almost in a matter that demonstrates how the "punch first, ask questions later" vigilante is truly a big softie at heart. 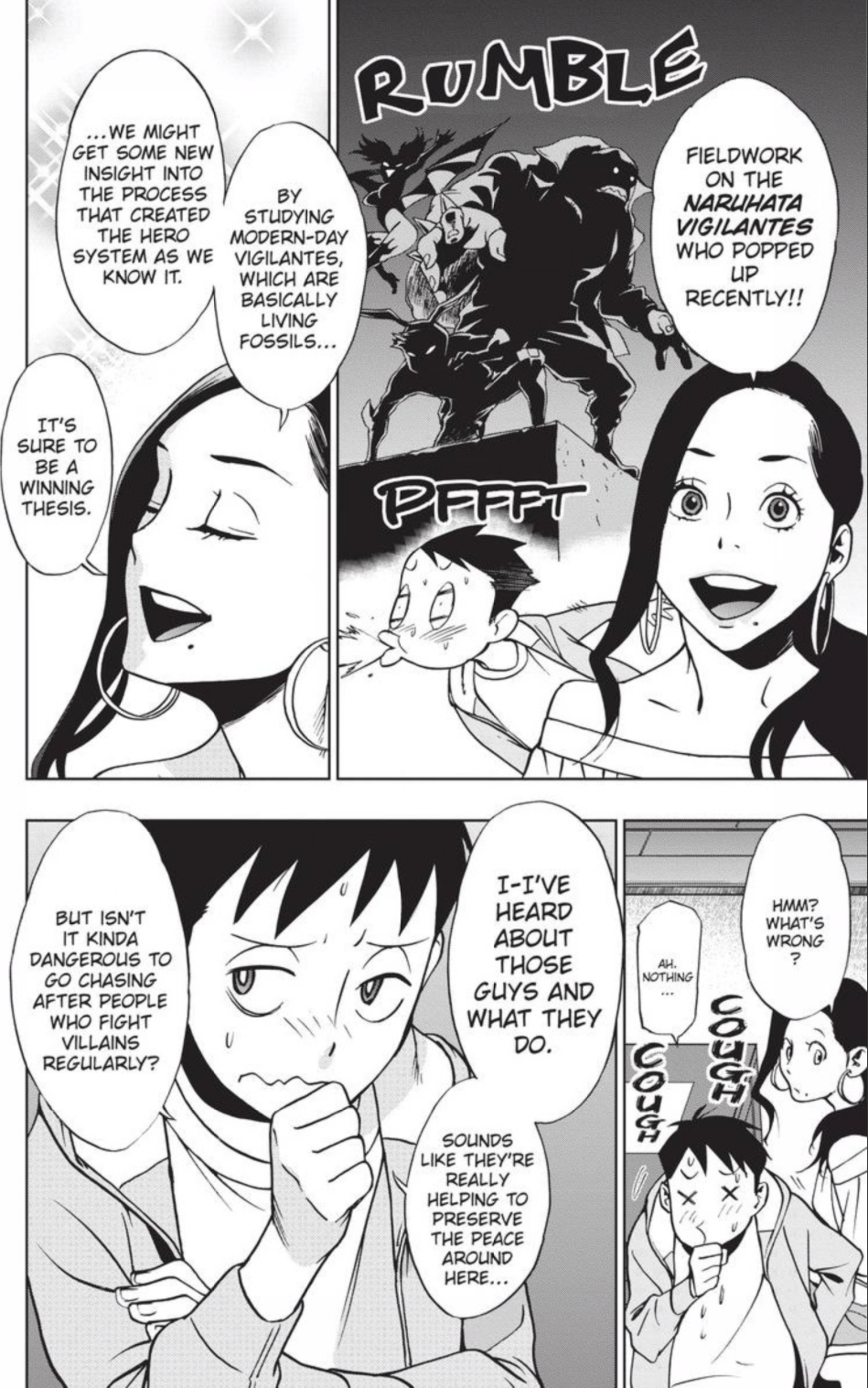 A great bonus in this volume of My Hero Academia: Vigilantes comes in the form of two bonus comics, placing its focus on some of the big heroes and All-Might himself. Here we discover just when this spin-off truly takes place, with the likes of Mistress Midnight and Eraserhead not even being teachers at this point of the story. The All-Might story, which has the Number One hero attempting to do an interview in his real form while keeping his identity secret, is page after page of laughs and great comedic timing.

Even though it's not as action-packed as its previous volumes, the third part of My Hero Academia: Vigilantes continues to be one entertaining romp. Thanks to its means of character-building, Hideyuki Furuhashi and Betten Court's spinoff series demonstrates the same level of care and wit that can be found in Horikoshi's original story. Although we will have to wait to see how The Crawler and the gang grow as illegal heroes and the like, the promise of something exciting in their lives is always delivered in fun and unexpected ways.