HomeVideo GamesGAME REVIEW | Going on a Beer Speedrun in "SEUM"

GAME REVIEW | Going on a Beer Speedrun in "SEUM" 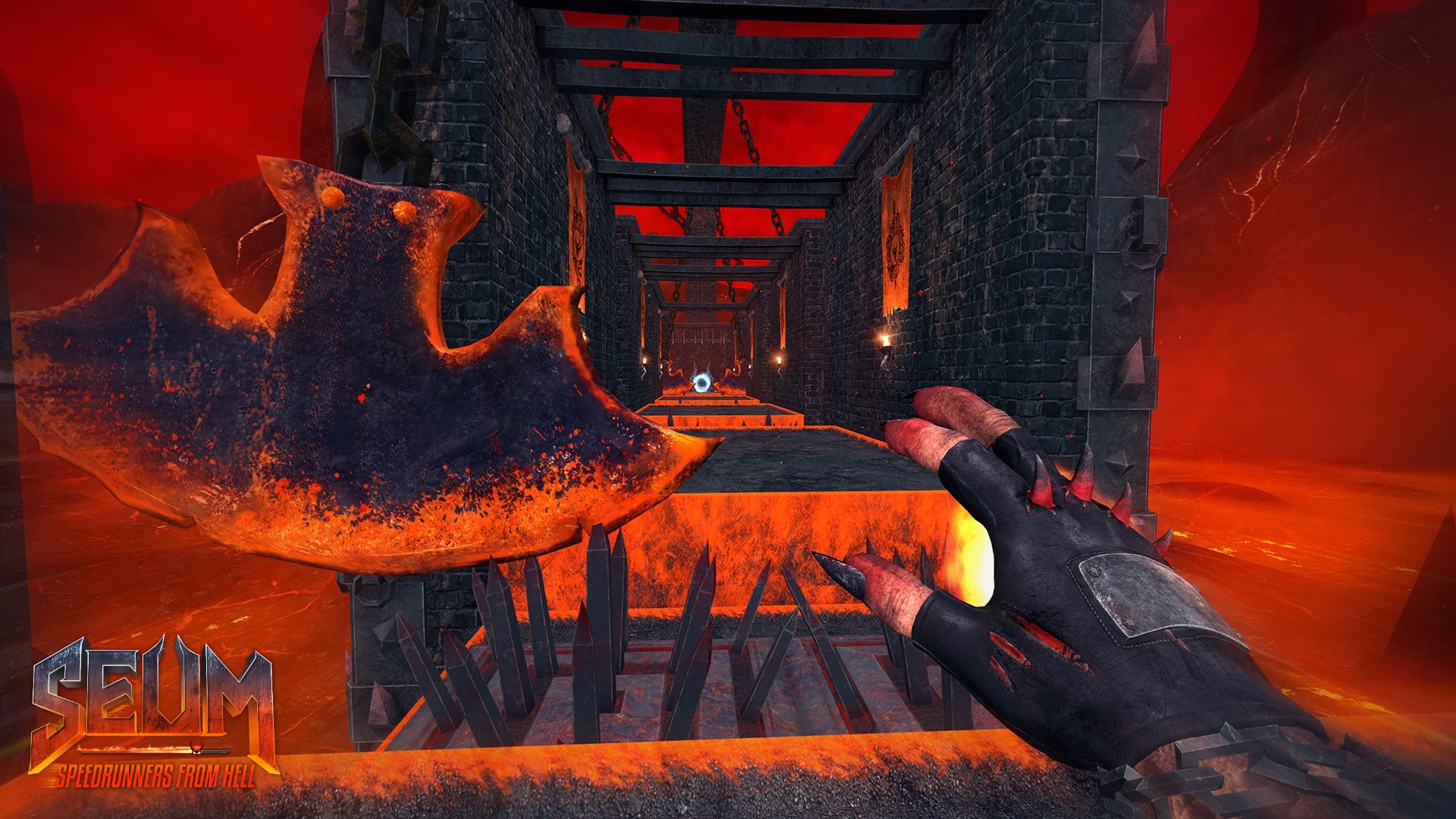 GAME REVIEW | Going on a Beer Speedrun in "SEUM"

In the greatest stories ever told, the most noble of heroes faces off against the Devil himself for many reasons. A damsel in distress, the fate of a kingdom, the most golden of treasures known to man, and true unlimited power are just some of the reasons why the red horned one must be slain. In SEUM: Speedrunners from Hell, our hero Marty chases after the Devil for one of humanity's most diabolical of crimes: stealing his beer. Yes, it's not the most dire of situations (I mean, he could just go to the liquor store and buy more), but it's the principle of the whole thing.

Nevertheless, SEUM: Speedrunners from Hell has you work to grab that tasty brew from Satan's clutches. Throughout nine levels of Hell, Marty must jump, evade, and reach the portals at the end as fast as humanly possible. Or so it would seem, had Marty not chopped off the Devil's arm and sewn it on to give him superpowers. (To be fair, the Devil chopped his arm off first!) These levels are filled to the brim with fire, spikes, buzzsaws, and other things that will kill you over and over again, which is why the power to throw fire, teleport, use anti-gravity, and spilt yourself to reach further areas and return quickly to your previous spot is all the more helpful in this literal long run. 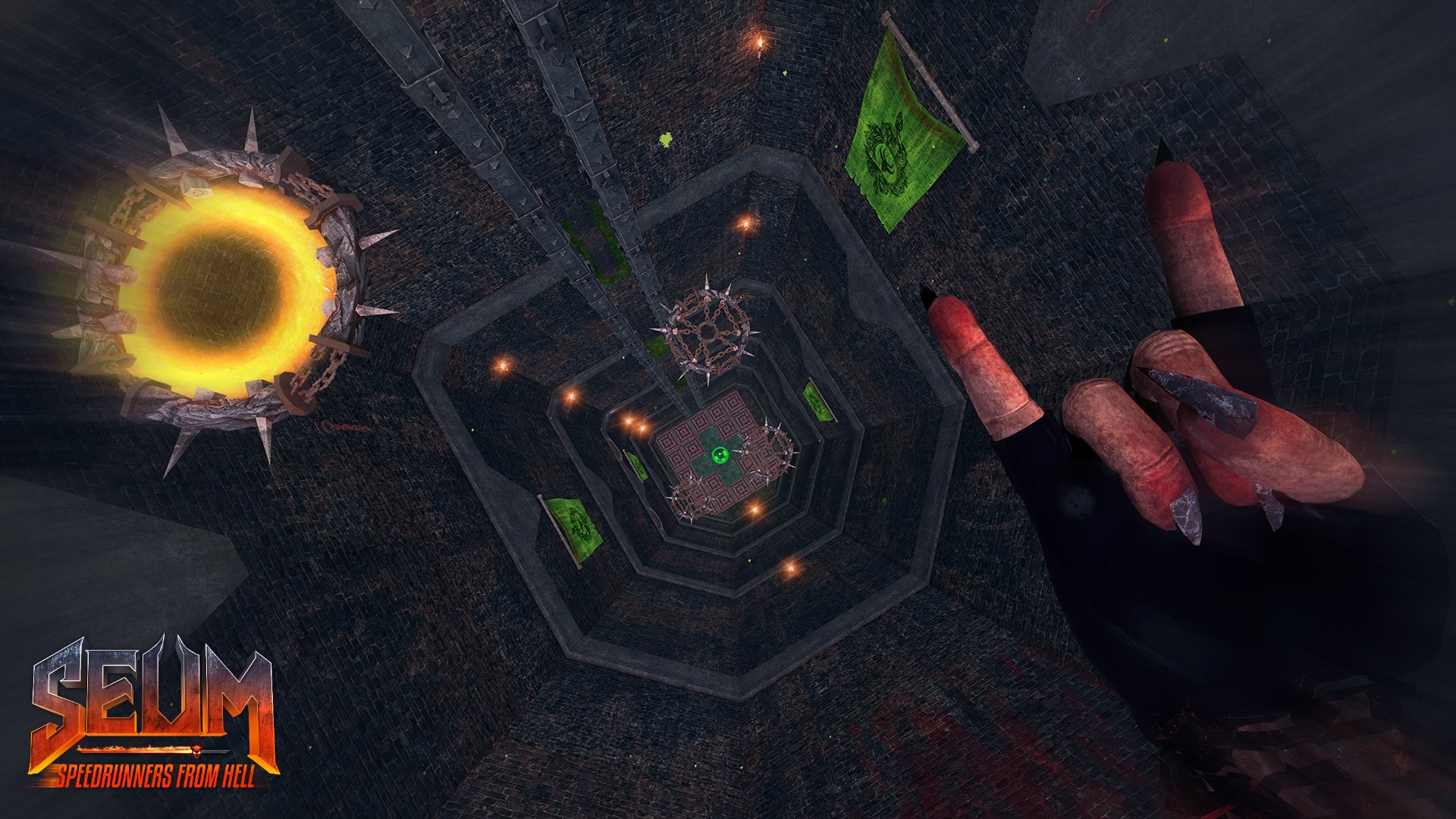 SEUM is one game that doesn't know the meaning of the word "forgiveness." There is no Easy or Medium settings, with the Devil literally laughing at you if you tried setting it lower than its Hard difficulty. All you can do is keep on dying until you get it right under a set amount of time. Even if you get through the most horrid levels and run out of time, you'll be forced to start all over from the beginning. Hence why I breathed many sighs of relief when I reached the end of a level literally milliseconds before time ran out, a victory in my book if there ever was one.

What makes Speedrunners from Hell enjoyable is its means of adding a strategic spirit to its level layout. It's definitely one of those games where memorization is key to reaching a goal in time, as one minor slip-up can equate to failure. And yet, even with pure evil engulfing you, SEUM gracefully pulls you back in each time to play and try again. Although it sucks to have to start all over again, I never once had the urge to give up during my play-through. 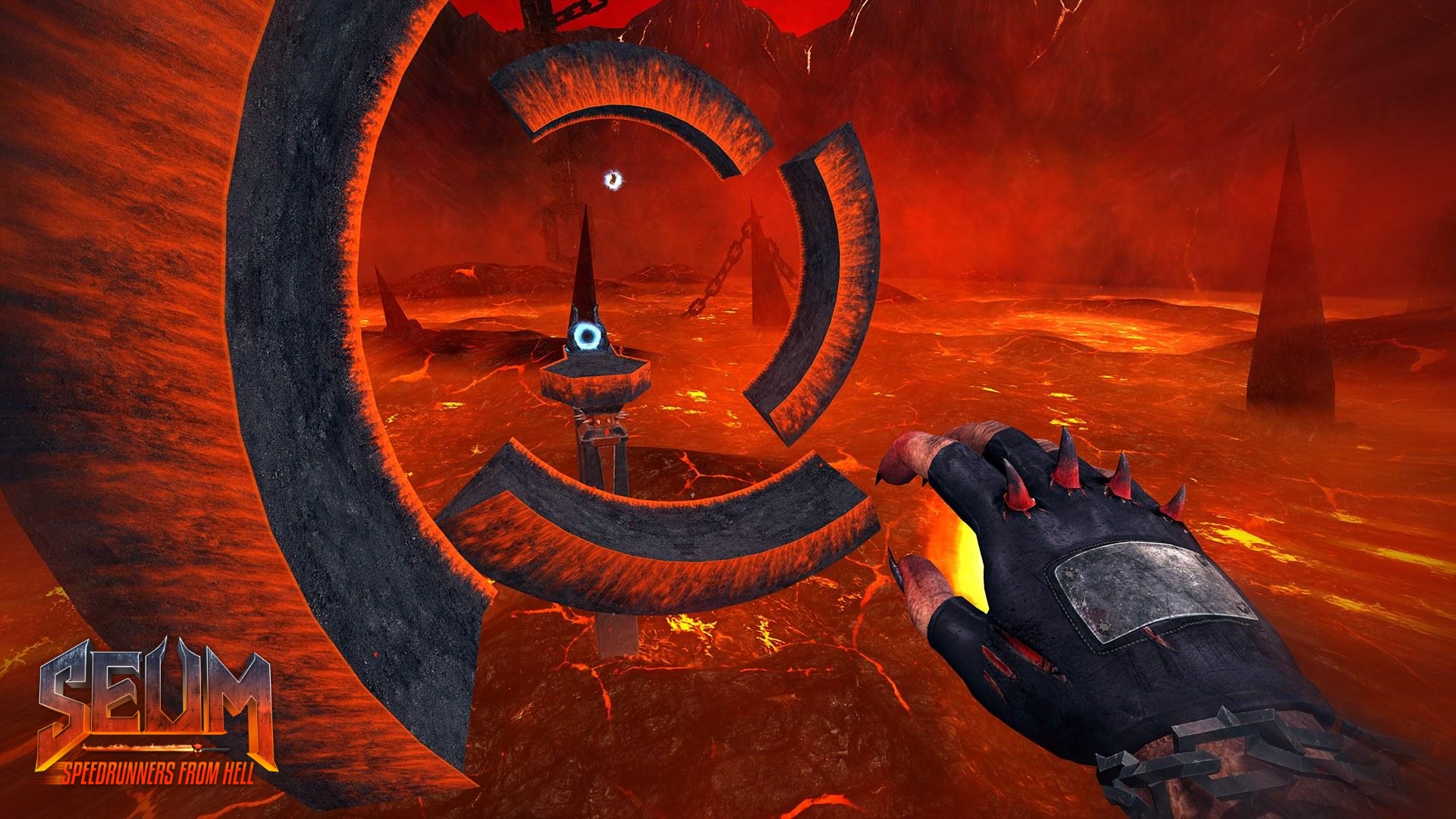 Pine Studios has crafted one loud and fun experience, and even when the stakes are higher than usual, it knows how to keep the player entertained. Yes, you'll curse both the Heavens and the Hells after you die a bazillion times, but when you legit clear a level, a feeling of gratification will no doubt immerse your essence. SEUM does a great job with presenting one magnificent challenge after another, bringing forth creative ways to keep players on edge every spiky step of the way. It may get frustrating, but it always finds a way for gamers to keep on soldiering through to the end.

Depending on how good you are, you can complete SEUM: Speedrunners from Hell in about five hours. Players are more than welcome to dive back into the madness to better their times so as to be on the worldwide leaderboards, or try their hand at a couple more challenge modes such as survival and a new story mode that unleashes a couple dozen more levels to dive into again. For a $15 game, SEUM surprisingly offers a lot.

SEUM: Speedrunners from Hell is a demonic good time through the darkest pits of the underworld. Always a big challenge around the corner, this first-person time-based adventure knows how to have fun with -- and at the expense of -- its players. This is one speedy game that deserves a toast...had the Devil not raided our booze cabinet and left us dry!

Promotional consideration provided by Gregor Ebert of Headup Games. Reviewed on the PS4.

Background Noise: Gods of Violence by Kreator - Germany's supreme rulers of speed metal have been spewing fire & brimstone for over three decades. Their 2017 album has them still at their loudest and nastiest, with "World War Now," "Totalitarian Terror," and "Hail to the Hordes" screaming with fast guitars and the bloodiest of drumming. Perhaps frontman Mille Petrozza had his own personal beer-related run-in with the Devil like Marty, as evident in the head-banging "Satan is Real."