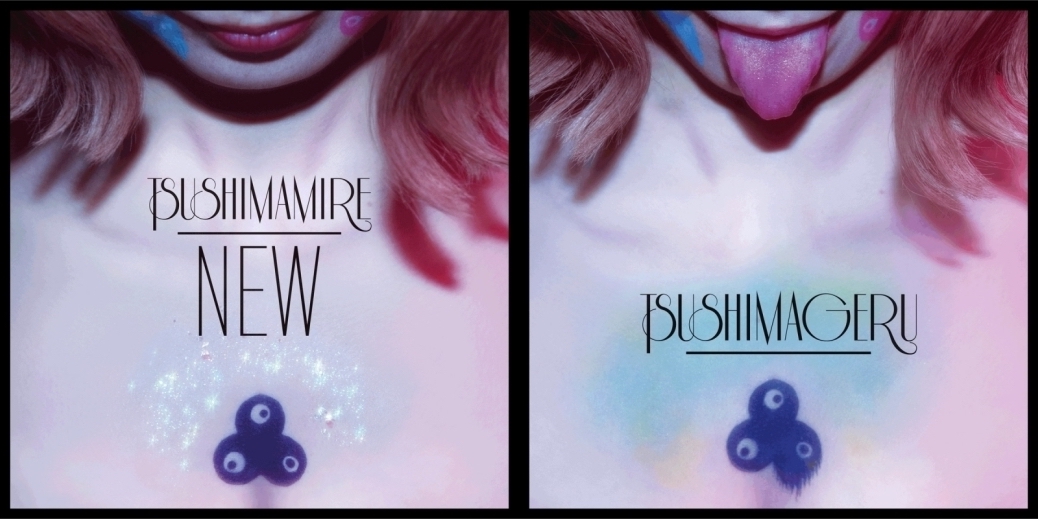 It's been eighteen years since TsuShiMaMiRe first formed in Chiba, Japan, and since that time they've experimented with just about all forms of punk that can be handled. Whether it's dabbling with tea time and motherhood in Pregnant Fantasy, air conditioning and ex-boyfriends in Noumiso Shortcake, or even going the rock opera route with Shocking, the trio has triumphed with their impeccable and unique sound all over the globe. With the departure of founding member Mizue, guitarist/vocalist Mari and bassist Yayoi set out on two separate new adventures, each one with a new person on the drum kit.

New, TsuShiMaMiRe's eleventh album, puts Maiko to the task of being the band's new keeper of the beat, succeeding very quickly with album opener "Space Elevator." Blending bubble gum pop vocals with a psychedelic play style -- with aid of Yayoi also on keyboards -- the song keeps to the core mechanics on what has made this band a delight since its early years. A calypso-like charm injects itself throughout the lovey-dovey "Crazy For You," whereas the chaotic "Hello World" has Mari speeding through lyrics like a mage casting a wicked spell on the anti-feminists.

One can tell that the band is fully immersed in their groove in the album's more fun tracks, with "Parmigiano Reggiano" slowing things down to present a more hip-shaking melody that spews of girlish charm with a love of its cheesy namesake. At long last, crazy cat ladies have an anthem in the form of "Lazy Marriage with Kitty Hairs," with a deep bass vibe backing up a claw-filled frenzy. The album highlight "One" is surprisingly timid for TsuShiMaMiRe, with Mari sounding more sincere in her presentation. (The ominous spaceship-like hum that coats the song's background provides a hint that something's afoot behind her words.) The album ends with "Mr. Punk 2," a sequel to their Noumiso Shortcake melody that provides listeners with what the band does best: create art with musical mayhem.

Of course Mari and Yayoi could've ended things there for 2017, but they had something else in mind. Enter former Usotsuki Barbie drummer Shigeru, who provides the drums in the new side project aptly named TsuShiMaGeRu. It's apparent that the three friends were having a good laugh about this setup, with every song title on this EP referencing the long-haired drummer in some way. With that being said, "Gegege Currency" is a loony Residents-like jam that grooves as much as it confuses, whereas "Cute Boy Shigeru" creeps its way through your speakers with a silly cackle. The real treat on this record is a selection of live tracks, including versions of the Zappa-like "Lie lei lel" and the crowd-pleaser "My Brain is Short Cake."

While New doesn't quite feel like the band is restarting from scratch, it does give off a shiny glow that lets us know that this all-girl punk machine is as fresh as ever. As for the TsuShiMaGeRu EP, it's obvious that Mari and Yayoi wanted to have some fun with their male drummer friend, and it's fortunate that the end result is a silly good time for everyone to fully enjoy. Be it listened back-to-back or as their own separate thing, these two new releases from one of Japan's finest acts shows that there's no sign of slowing down for these punk queens.