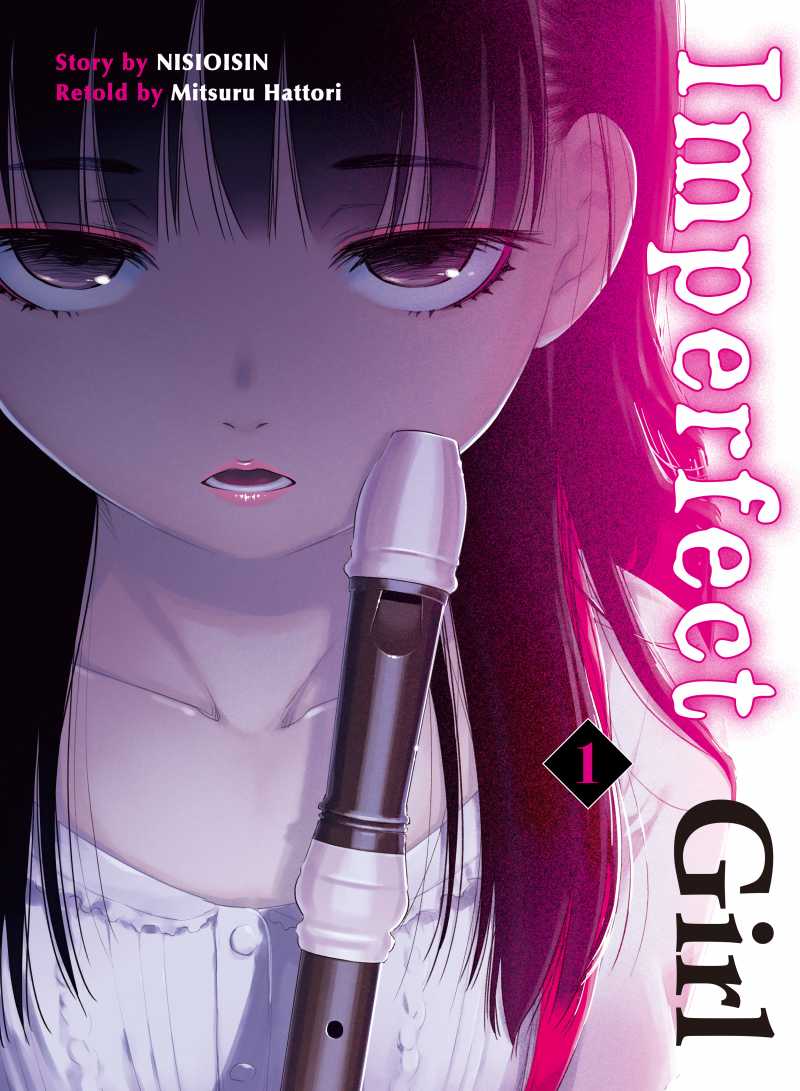 An author creates tales, and an aspiring author simply lies. This is the mentality of the nameless protagonist of Imperfect Girl, a man whose failed countless number of times to be a published writer. However a chance meeting with a very peculiar grade schooler puts him into a situation that will spark his creativity levels; that is, if he doesn't die first.

Based on the mystery novel by NISIOISIN (Monogatari series) and adapted by Mitsuru Hattori (Sankarea: Undying Love), Imperfect Girl places the nameless lead's life into the hands of a girl simply known as U. After witnessing U react strangely to her friend's death, the aspiring author finds himself forced into her home and locked in the front hallway closet. There he pieces together what's going on, what the mentality of this girl is, and whether calling the cops will better her situation or force her down a more psychotic path. 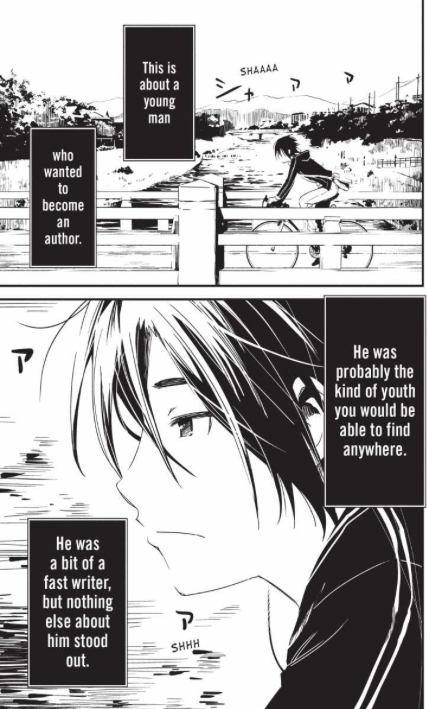 As he sits in the closet, the unnamed writer keeps his composure whilst coming up with a way to talk to U on her level. Even at the brink of starvation, he does what he can to find a sort of bond with the kid, despite her cold mentality. It's when he discovers her core beliefs regarding etiquette and formalities when the nameless aspiring author realizes what's truly up with this kid's personality. One other question remains: where are U's parents?

Thus far Imperfect Girl sets itself up to be a good head-scratcher of a mystery. U's mannerisms are strange enough that it often makes you wonder how and why she reacts to the world around her. As for the protagonist, while I get why he's so fixated over being a writer, his constant means of bringing it up can get irksome at times. (It reminded me of how the titular character in the video game Alan Wake found ways to bring up Stephen King whenever he could, to the point of it being annoying.) With that being said, his mannerisms as a kidnap victim were kinda funny, albeit not in a way that I'm sure either NISIOISIN or Hattori were intentionally going for. 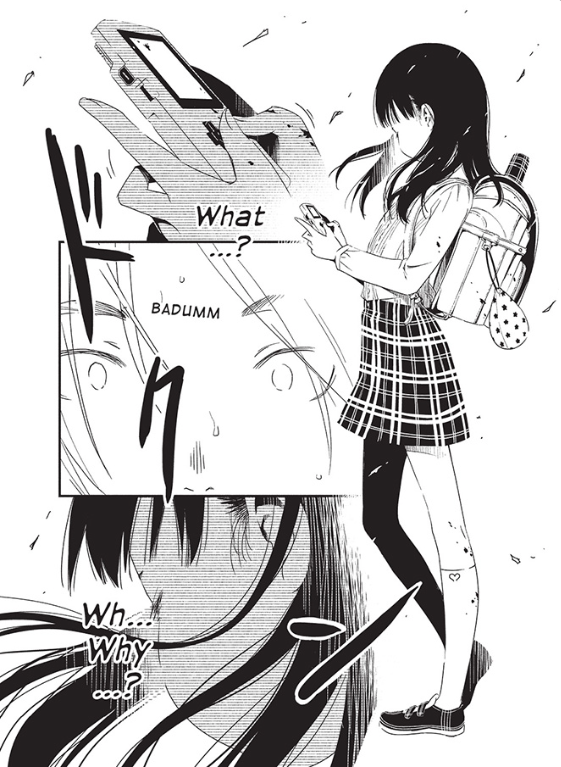 Despite its flaws, Imperfect Girl has enough going for it that will make you anticipate the next volume later on. Finely paced and well-drawn, the first volume will grab hold enough of your attention to make it a good recommendation for mystery lovers out there. Just remember to give thanks before sinking your teeth into this tale of one strange kidnapping situation...

Background Noise: Post Pop Depression by Iggy Pop - Teaming up with Queens of the Stone Age frontman Joshua Homme in 2016, Iggy returned to his Berlin routes he first visited with David Bowie back in the late 1970s. What follows is the tale of the rock god looking for a way out of the spotlight, with "Break Into Your Heart" and "American Valhalla" trying to find some sort of meaning to his crazed ways. It's when the album reaches its tail end with "Chocolate Drops" and "Paraguay" where the street-walking cheetah addresses his haters with middle fingers stuck out proudly and cigarette burning bright.