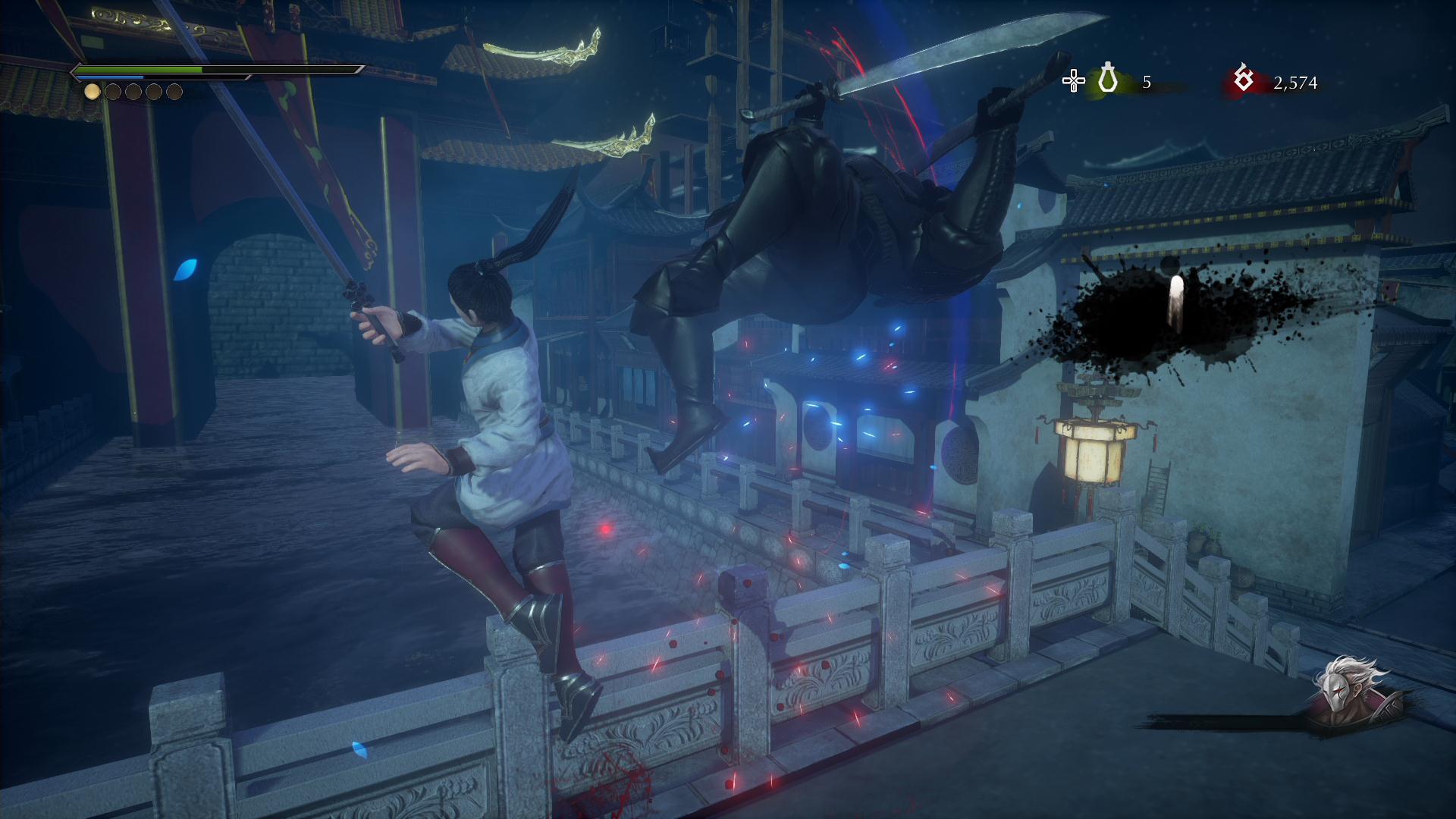 Hidden Dragon Legend's basic plot is about how the protagonist was captured along with his sisters and others, who were tortured by an evil organization hell-bet on conquest. During their torture the protagonist apparently awoke to a terrifying power, slaughtering many of the guards. In the aftermath of this he escapes, only to be taken in by a young woman and her grandfather, who ultimately pay for it with their lives at the hands of said organization. He then embarks on a quest to stop the organization, save Imperial-era China, find his sister, and and hopefully discover how he transformed into a powerful being. 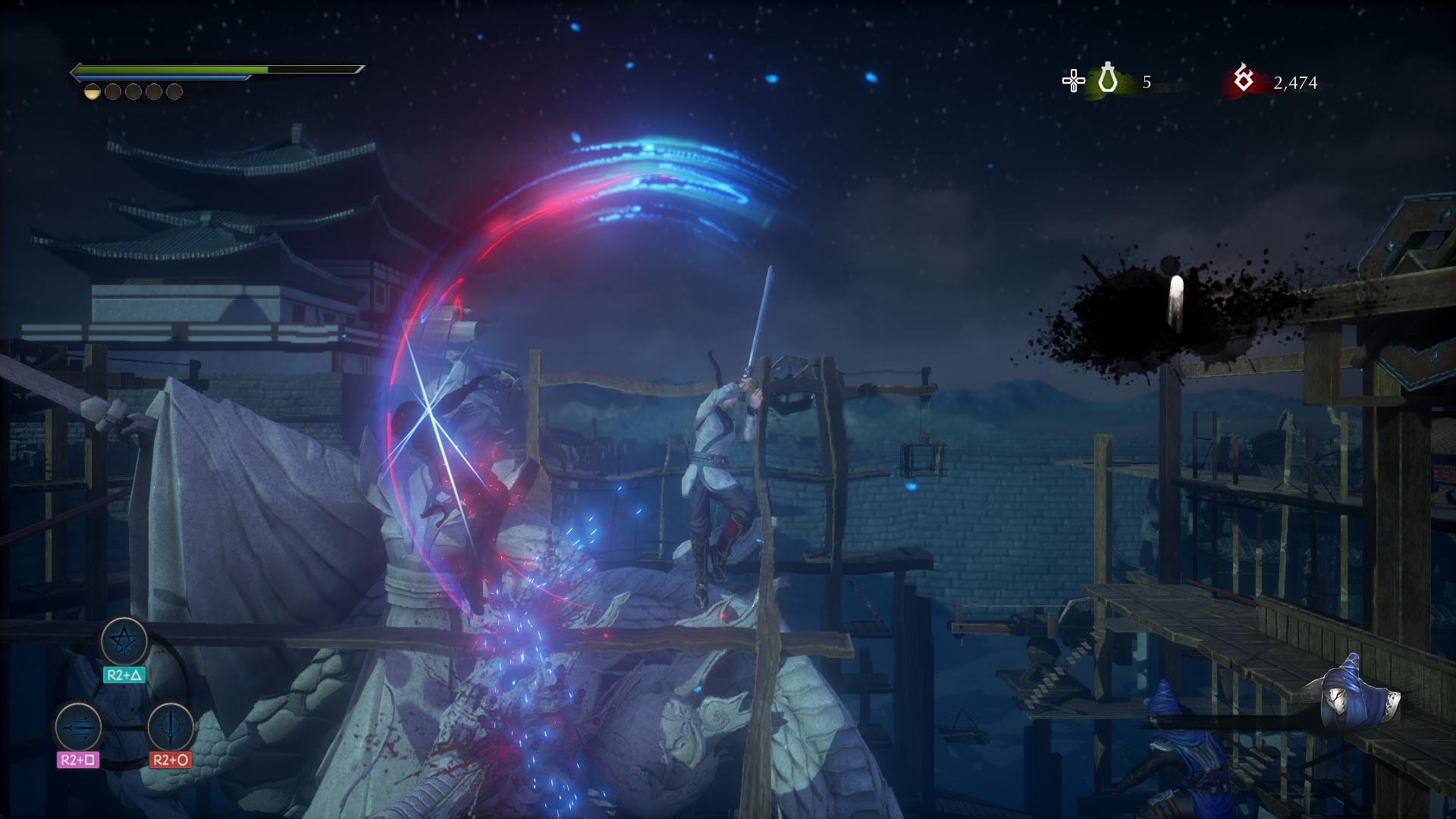 The game is a 2.5D-perspective Devil May Cry-like action title with some pretty decent production values, despite operating on an engine that's far from the best looking game in the PS4 catalog. At least the game's framerate is a constant 60 frames all throughout the experience, so that's something. Combat has light and strong attacks, with the ability to dash backwards to get out of harm's way of an attack while on the ground or in the air. There are also special attacks that consume power orbs that are activated with the R2 and face buttons. (These can be restored via conventional attacks.)

Cribbing even more from Devil May Cry, you eventually get the ability to activate a Devil Trigger-like ability, where your attacks get stronger and you slowly recover health. It rips off Devil May Cry so brazenly it's shameless, as even the enemies have introductions. There's also Style-like Sutras you can equip to get certain passive benefits and new attacks. There aren't any shops in the game, so if you want more potions to restore your health, you'll have to find them in previously completed levels. Otherwise you'll have to be lucky enough to survive a section, as your health is restored to max at the start of the next section. 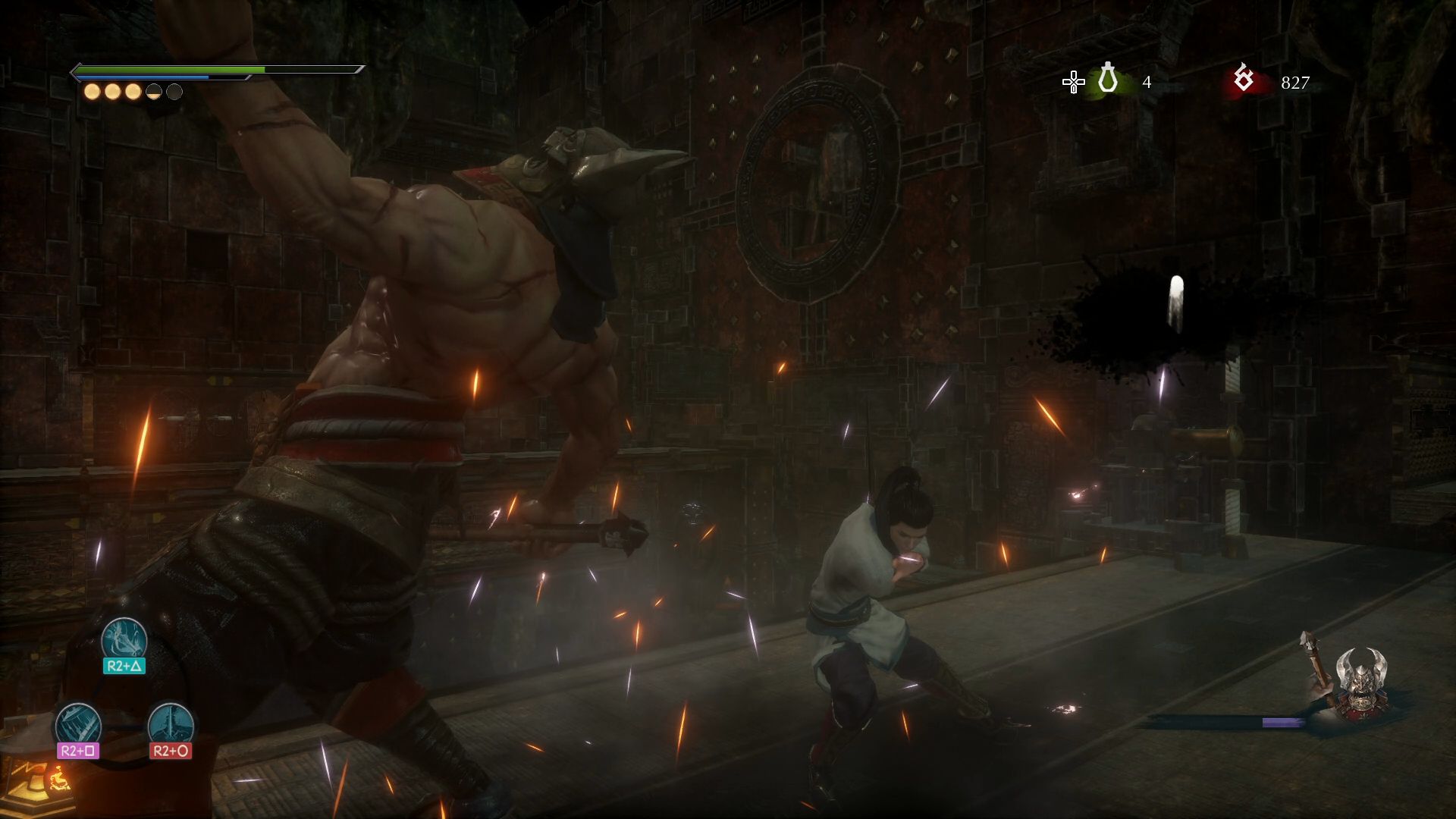 Hidden Dragon Legend is not at all a bad game, but there are better ones out there. It might have risen higher in its score if there were better looking character models and was a full 3D environment. Most problematic of all is its voice acting, one of the worst element of this game. It won't shake off the feeling of that cheesy B-rated Chinese action film from the 70's with its quality. The developers should have just left well enough alone and kept the game in Chinese audio.

The main menu also lacks options like remapping your controls, or at least showing you the controls, as it only does this once every time the game boots up. There are also no tweaks that can be made to the audio levels or subtitles. Maybe next time, Oasis Games can make a better experience with a better feature set, but as it stands, Hidden Dragon Legend is just a game that barely escapes mediocrity. 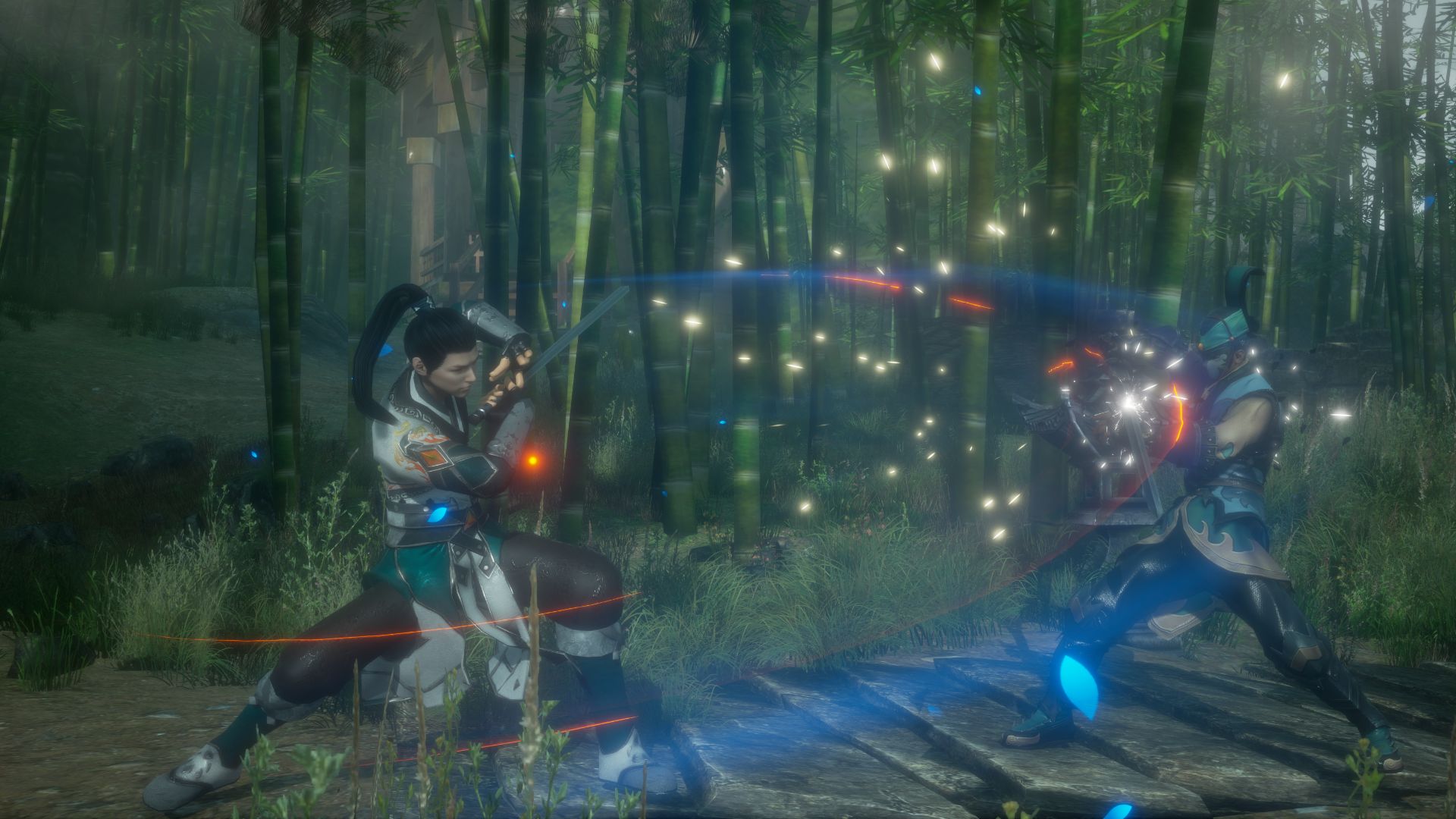 The Good: The game plays at a smooth 60 frames.
The Bad: The English voice acting is pretty bad.
The Ugly: The character models could have looked better.

SUMMARY: Hidden Dragon Legend is an enjoyable, if not, average game, but hopefully it does well enough so that Oasis Game's next entry is a significant improvement.

No Borders No Race: The Another An...