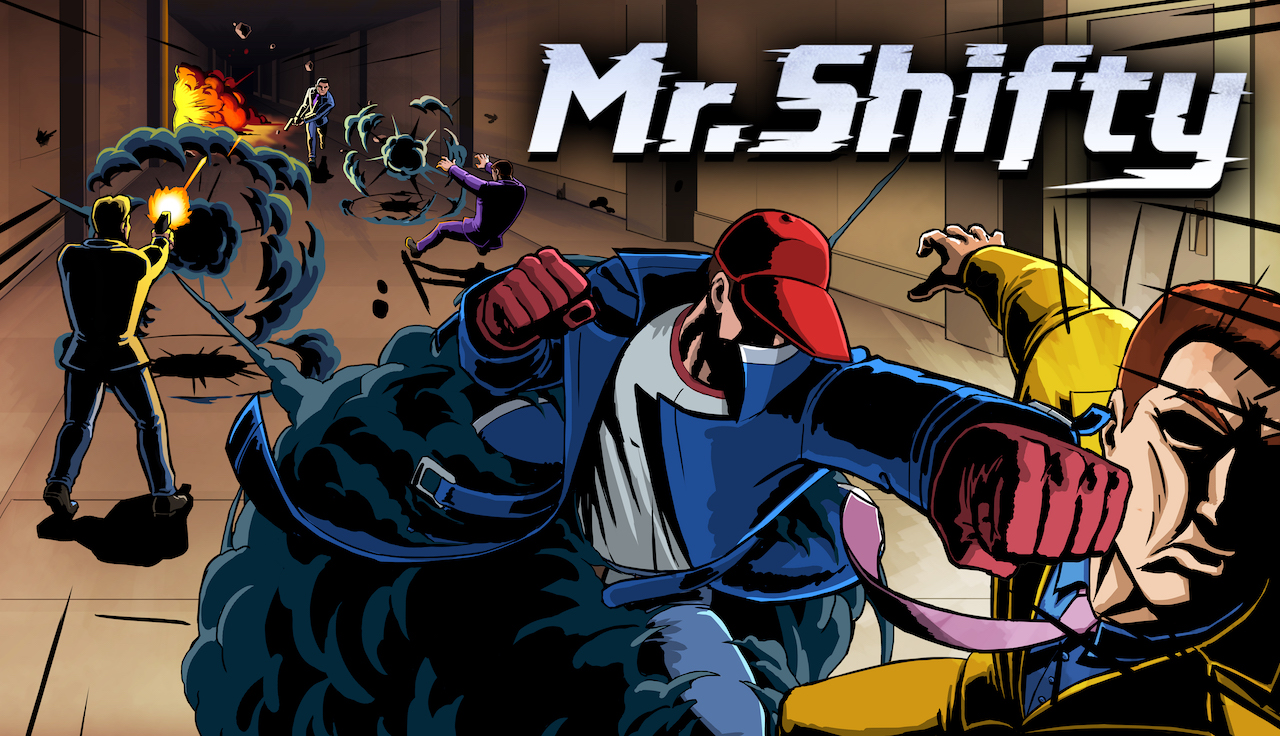 So there I am completely surrounded by nasty men with guns, with only my two fists as my means of protection. As soon as the action picked up, I began to carefully teleport myself literally into a corner. Only here, I'm not the prey. With some quick thinking and fancy finger work, I began to lay waste to every person there like I was Tony Jaa in The Protector. As the last of the goons traveled to Sleepy Town with some packed knuckle sandwiches, the elevator doors opened, and I went towards my next destination.

This was just in the first level of Mr. Shifty, the latest top-down adventure from tinyBuild. Believe me when I tell you that it gets even more hardcore as it goes along!

Mr. Shifty follows a mysterious their as he attempts to break into the most secure facility on the planet. The prize he's seeking out is a uranium ball, but the task is nowhere near easy. Goons, gunmen, and even security robots take up the entirety of the building's space, and he lacks a solid weapon to protect himself with. Fortunately he has something they don't: the ability to teleport. 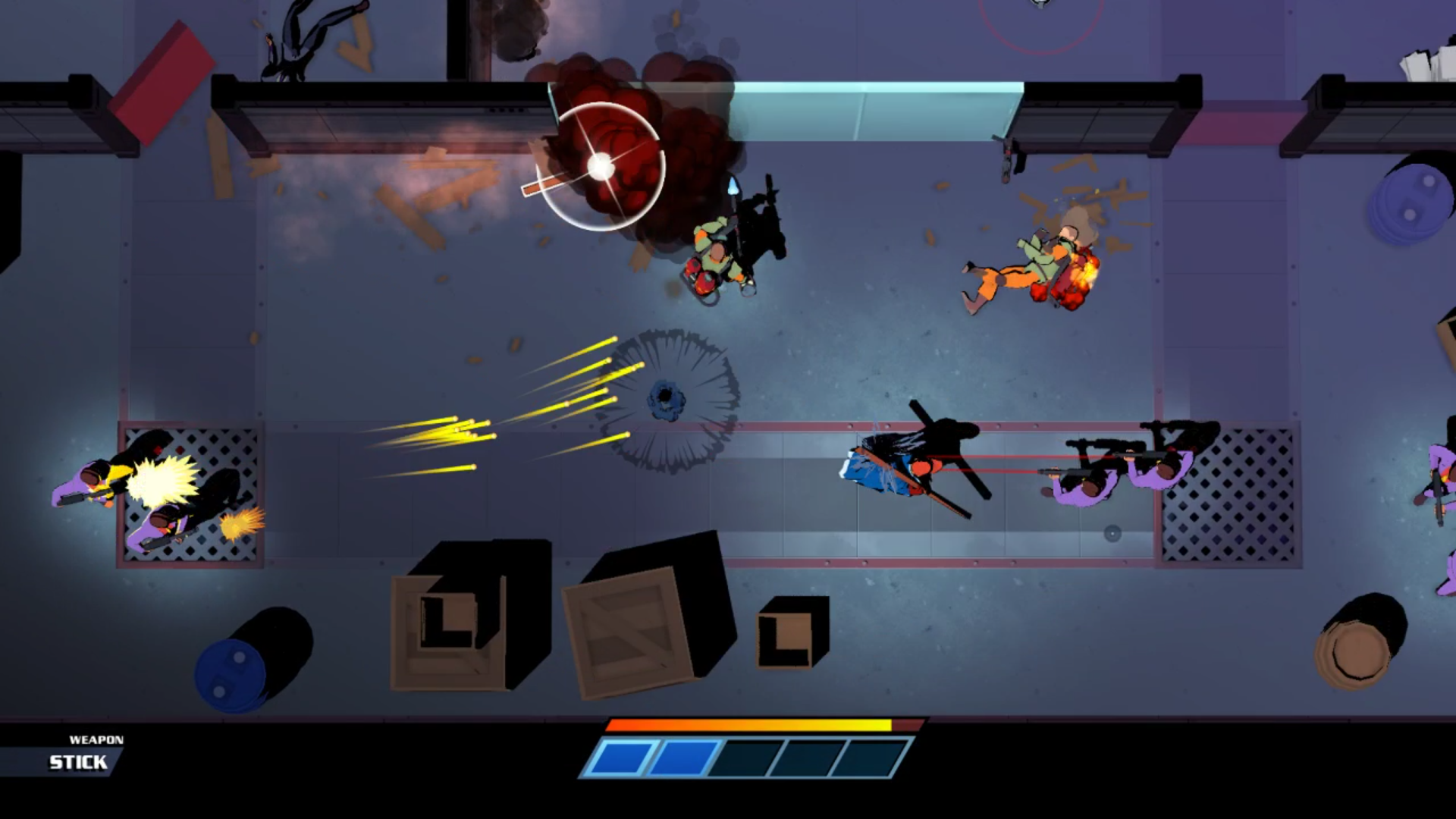 Using your special powers, you can warp from room-to-room to perform sneak attacks or quietly hide yourself until it's safe to move on. You can warp five times in a row before you're depleted, with a tiny bit of wait time before it's been refilled. Hence why it's best to look at your surroundings, and come up with a strategy to take the enemies out. The more you beat up your opponents, the more you'll fill a special bar that -- if you can dodge a bullet -- will temporarily slow things down so you can perform some easier takedowns.

In the same vein as Hotline Miami, Mr. Shifty can often require a lot of brain power in order to get through the rougher parts of the game. Since you'll die with one shot/punch, having to use your teleportation skills isn't just for showmanship; it's your only means of survival. Thankfully you'll also be able to use brooms, statue heads, decorative swords & tridents, and even soda cans to knock out enemies if more than I one is in your vicinity. (Seeing five of the bigger goons being knocked out with a quick whack is always a satisfying thing to witness.) 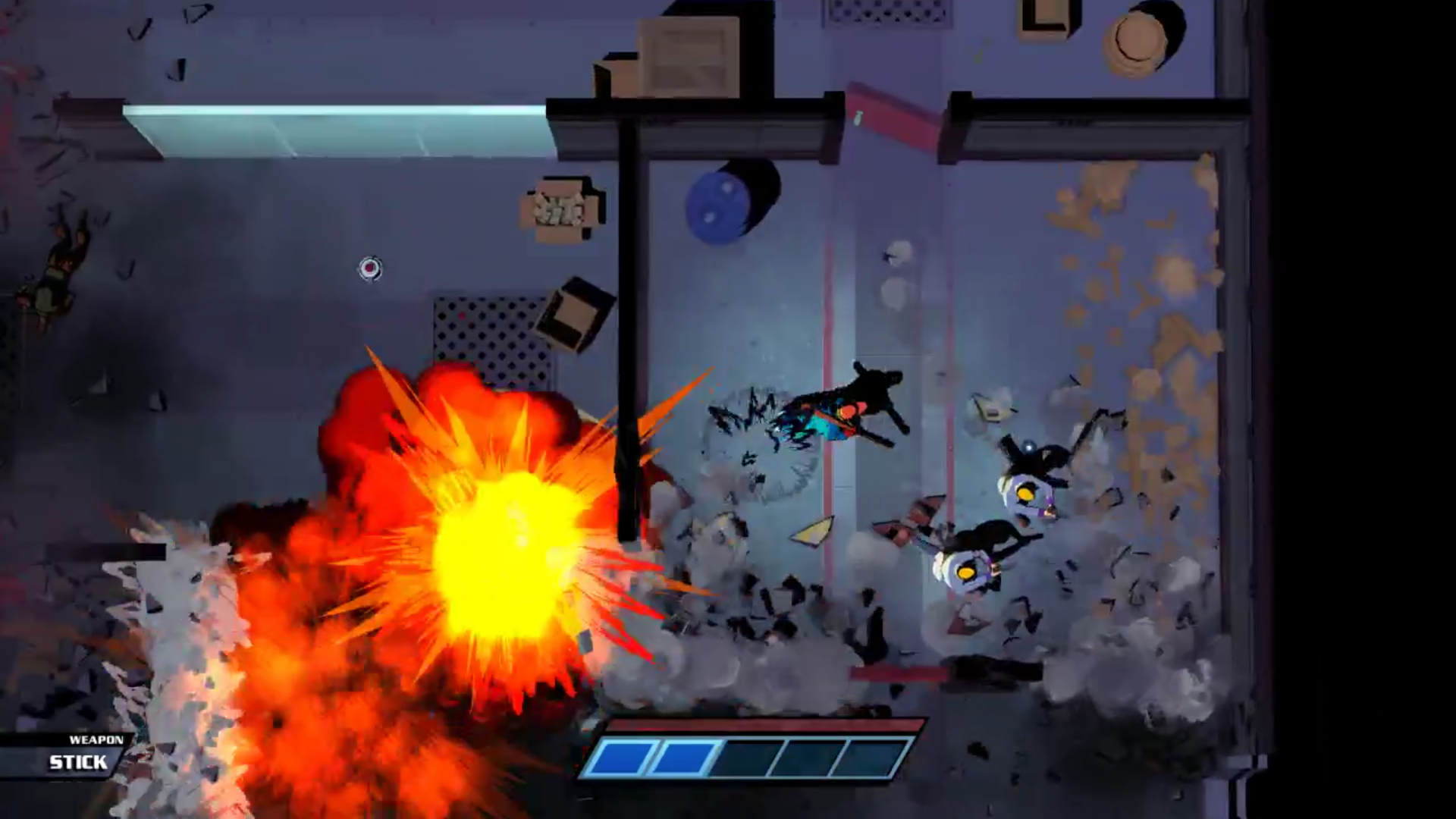 It's a good thing that the game gives you a moment to hold your hand to learn everything, but once it lets go it quickly pushes you towards the wanton levels of violent mayhem. Team Shifty's title gets challenging quite quickly, with more villains, lasers, and traps waiting in the wings to keep you from stealing the head honcho's prized possession. Every moment of action the game presents feels like a Gareth Evans movie, presenting a new way each time to top the previous action-packed level. Even when a quiet moment peers its head, you can easily feel the tension of what's to come around the corner.

There's a pretty good controller layout while playing with the Nintendo Switch's Joy-Cons. Moving about and warping is presented in a very slick manner, with combat skills simple enough to learn. With that being said, don't be surprised if you find yourself hitting the wrong button in a dire moment, resulting in an accidental death. This is one of those games where you might recognize your fingers working faster than your brain, which will more than likely lead to some screw-ups along the way. 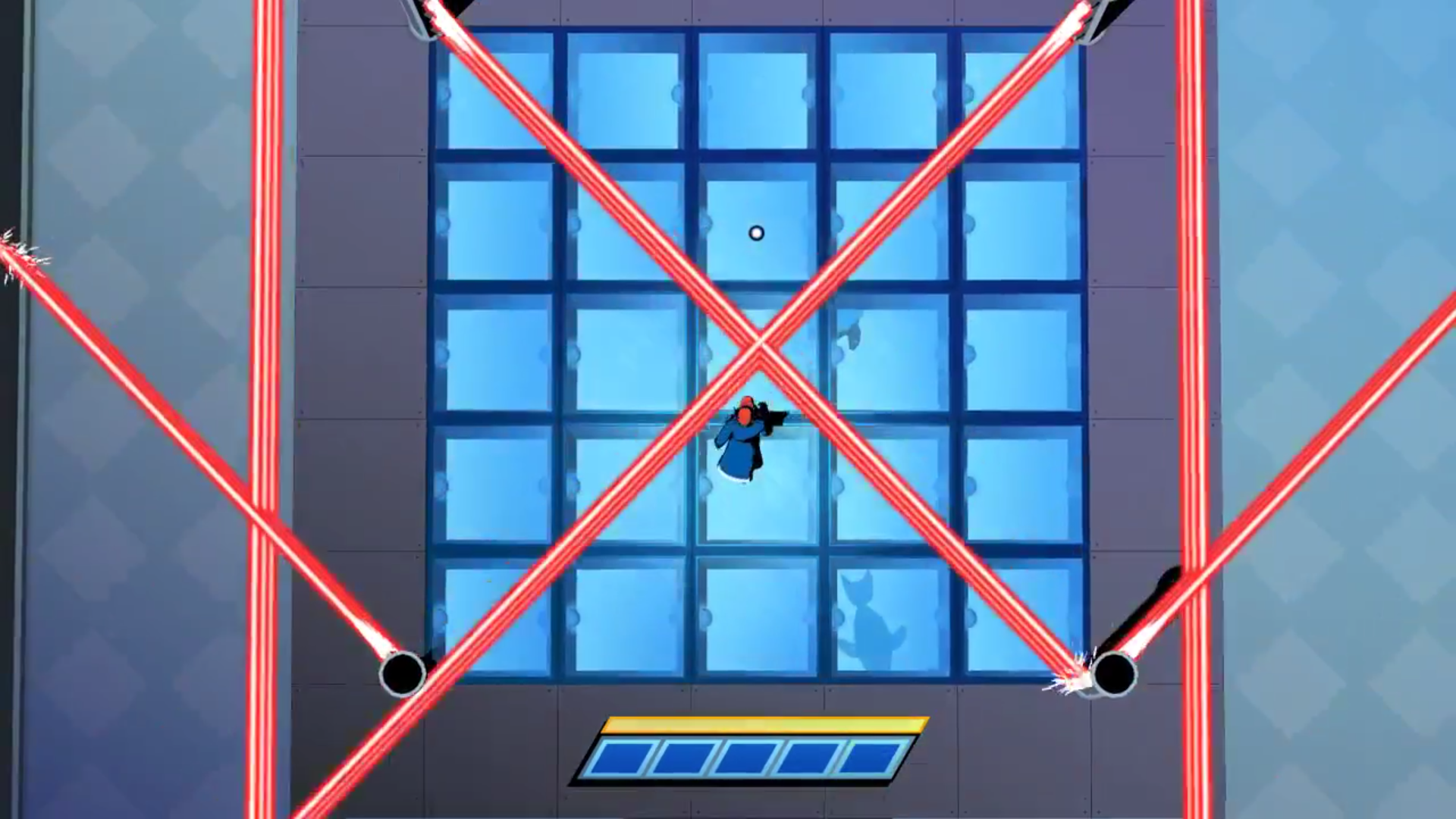 For the most part Mr. Shifty plays well on the Nintendo Switch, whether it's on the TV or in portable mode. However there are a couple areas -- especially those with lots of enemies -- where the framerate will slow down, resulting in split-second pauses. While there are work-arounds and means to avoid screwing up your run, there was an incident or two where the framerate dropped to a stop, which then caused my character to die. (This happened a lot during the end of level six, where just about everyone and their grandma swarmed the room to try & kill me.) It's no doubt that this issue will be fixed, but for now it can be a bit of a nuisance.

The eighteen levels that you'll experience in Mr. Shifty will last you a good few hours. Although there isn't that big of a replay value in the game, you can alway replay older levels and attempt to speedrun through them. Considering that it's quite the challenge to beat one level in under ten minutes, you may find yourself (and possibly your friends) attempting to one-up each other with how fast you can complete a mission.

Mr. Shifty is one heart-pounding, ground-stomping thrill ride of a video game. If you ever wanted to know what it's like to be Iko Uwais in The Raid, tinyBuild's newest lineup addition will give you as close to that sensation as possible. The morgue better stay open late, because Mr. Shifty has got quite the body count ready for delivery!

Promotional consideration provided by Alex Nichiporchik of tinyBuild. Reviewed on the Nintendo Switch.