I knew going into FRIMA Studios' FATED: The Silent Oath that I wasn't being delivered a full-fledged video game experience. Rather, this virtual title is more along the lines of an interactive film with some gameplay elements. What was delivered to my eyes and mental senses wasn't exactly perfect by any means, but it does showcase what these sorts of VR "games" can deliver with just a little extra elbow grease.

Taking place in the era of Vikings, FATED has you taking the role of a father/husband who experienced a quick trip to Valhalla. A mysterious spirit grants you another thread of life, but -- in return -- you must give up your means of speech. As you traverse through the wilderness with your family, you will come across dangers in the form of giants and mother nature's own cruelty. 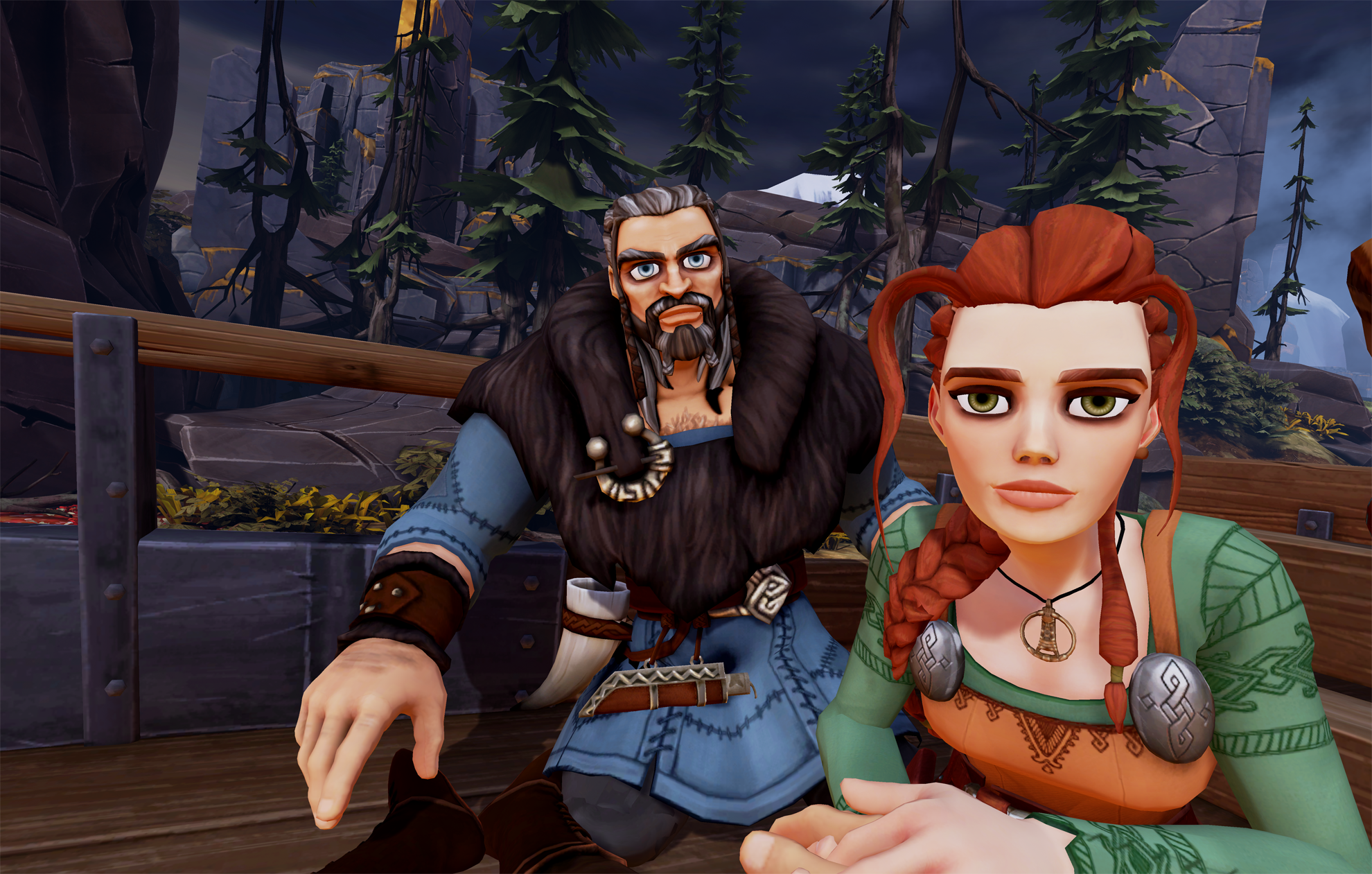 Communicating with your family involves you nodding or shaking your head for yes & no questions, as you watch & listen to the story unfold around you. Throughout FATED you'll also be given the chance to interact with some hunting, fast-paced horse-drawn travel, and some pretty neat puzzles. It's when the threat of danger comes hurtling towards you when the immersion experience goes into full throttle and reveals the true thrills of what virtual reality can deliver.

Case in point, the moment when your carriage is under attack by giants easily envelops you into the situation. While playing I could not help but sway left and right as large boulders and humongous hands came crashing down around me. Even as I tried my hardest to direct my horses away from the danger, this evasive challenge jolted my brain into believing that I was experiencing a real threat in my surroundings. You can try all you can to keep reminding your brain that it's only a video game, but believe me when I say that these sorts of moments will easily trick your senses into thinking you're actually in a dangerous situation. 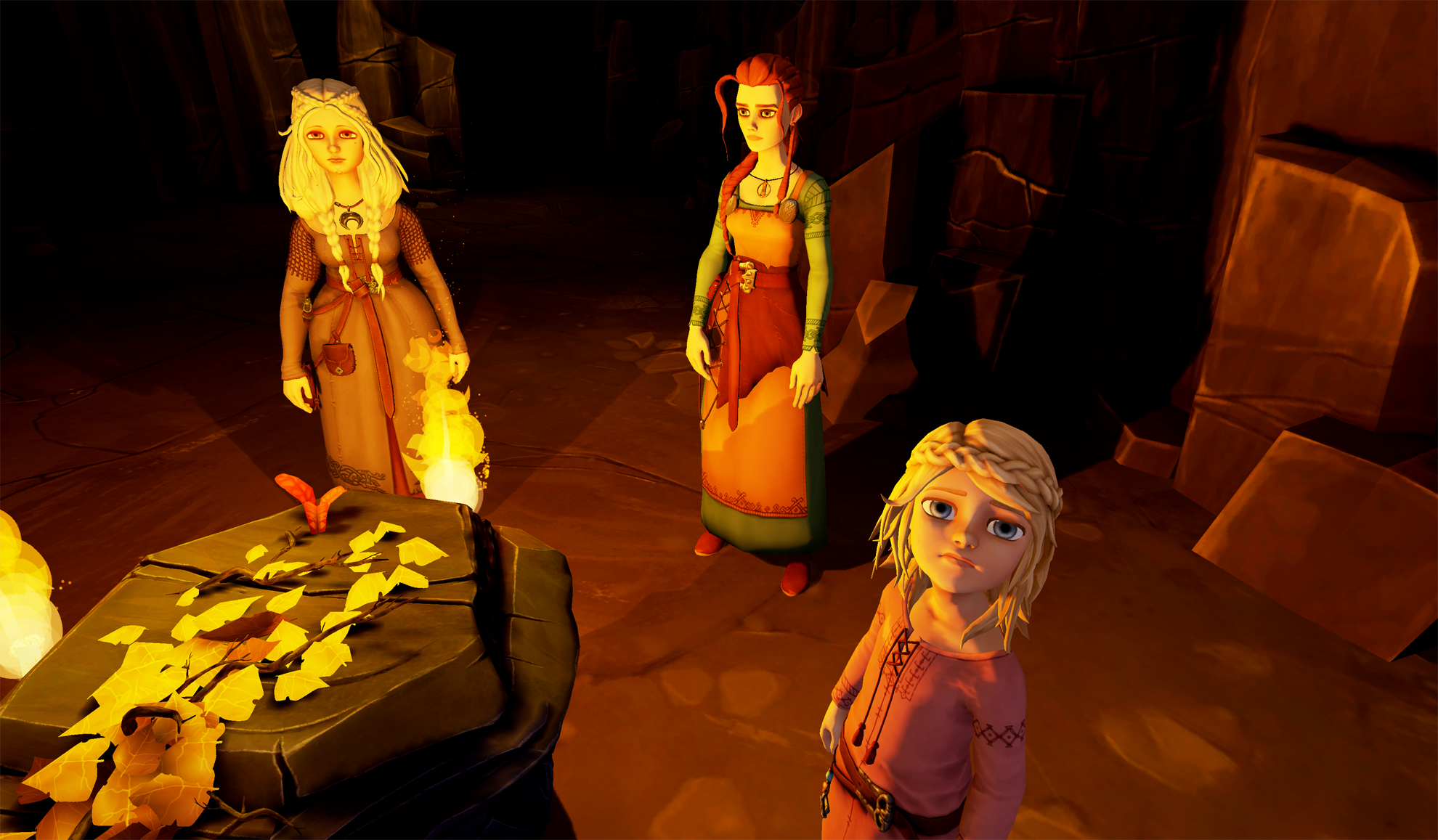 Of course, while FATED: The Silent Oath has these thrilling moments, one cannot help but overlook some of its storytelling flaws. While the overall tale is pretty good, there are moments where things feel a bit more rushed than they should've been. Even when the puzzle-solving elements helped to keep the story going down a nice steady path, the arc itself just seems to wanna jump from one spot to the next without some true character development. Granted, the voice acting from Lex Lang and Cherami Leigh help to emphasize some of the more emotional aspects of the game, but what it seems to be lacking is the overall attachment to these family members in your life.

Perhaps that's why the ending attempts to force some of that attachment unto you. Without giving anything away, a very traumatic experience occurs involving one of your youngest, resulting in you trying your hardest to remedy the situation. Yet the moment isn't resolved in the best of ways, and after playing the last few minutes of the game over and over again, this is a moment that cannot be avoided no matter what, with FATED "rewarding" the outcome with abrupt end credits. No alternate endings, no epic final battle, and no satisfying conclusion.

FATED: The Silent Oath has its share of narrative issues, but the overall experience the game delivers is quite good. While it's a tad rocky here and there, the immersive aspects of the game will easily sway you into giving it a try. Here's hoping FRIMA Studios learns from their shortcomings here, and implements its solutions into what will hopefully be their next full-blown virtual venture.

Promotional consideration provided by Aidan Minter of Plan of Attack. Reviewed on the PlayStation VR.