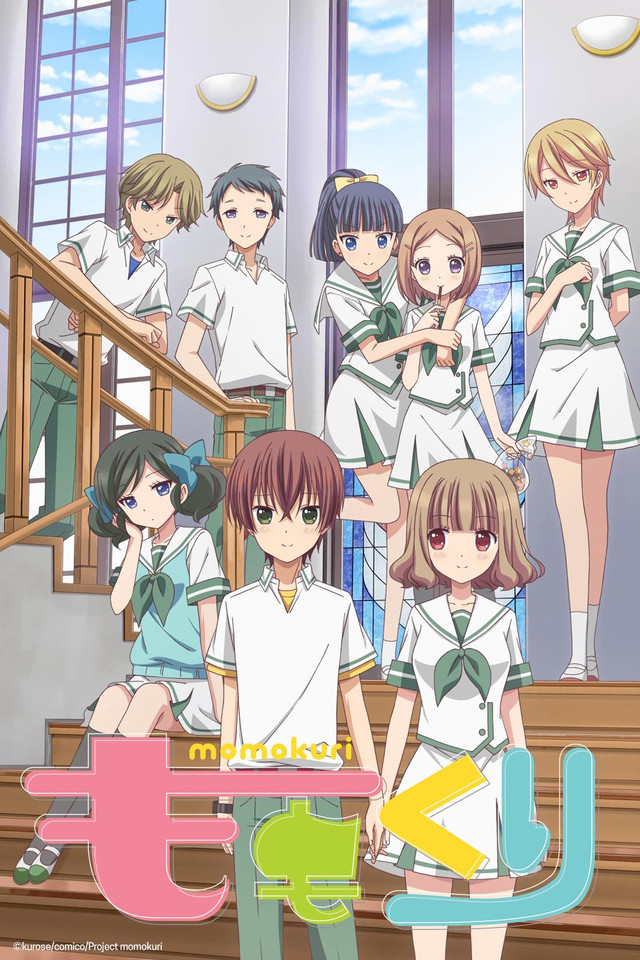 Romantic comedies are a dime a dozen, especially in the anime realm. Usually, it goes the cookie-cutter route of boy falling for girl (or vice versa), and spending the entire season trying to hook the two characters up. Fortunately, this summer's momokuri just puts the two people together within the first couple minutes. So what now? Simple: you bear witness to their idiotically cute personalities when they're together.

Based on the net manga by Kurose, momokuri has second-year student Yuki Kurihara (Ai Kakuma) confessing her love to first-year Shinya "Momo" Momotsuki (Nobuhiko Okamoto). The two decide to date, acting nervous around one another like a couple jittery puppies. There's a bit of a kick to Yuki, however, as she tends to love watching Momo when he's blissfully unaware, as well as collect his trash for future mementos. The couple's friends, especially Norika (Naomi Ōzora), wince at their actions, attempting to shame Yuki of her habits and, to be blunt, hoping the lovebirds die in a dumpster fire. 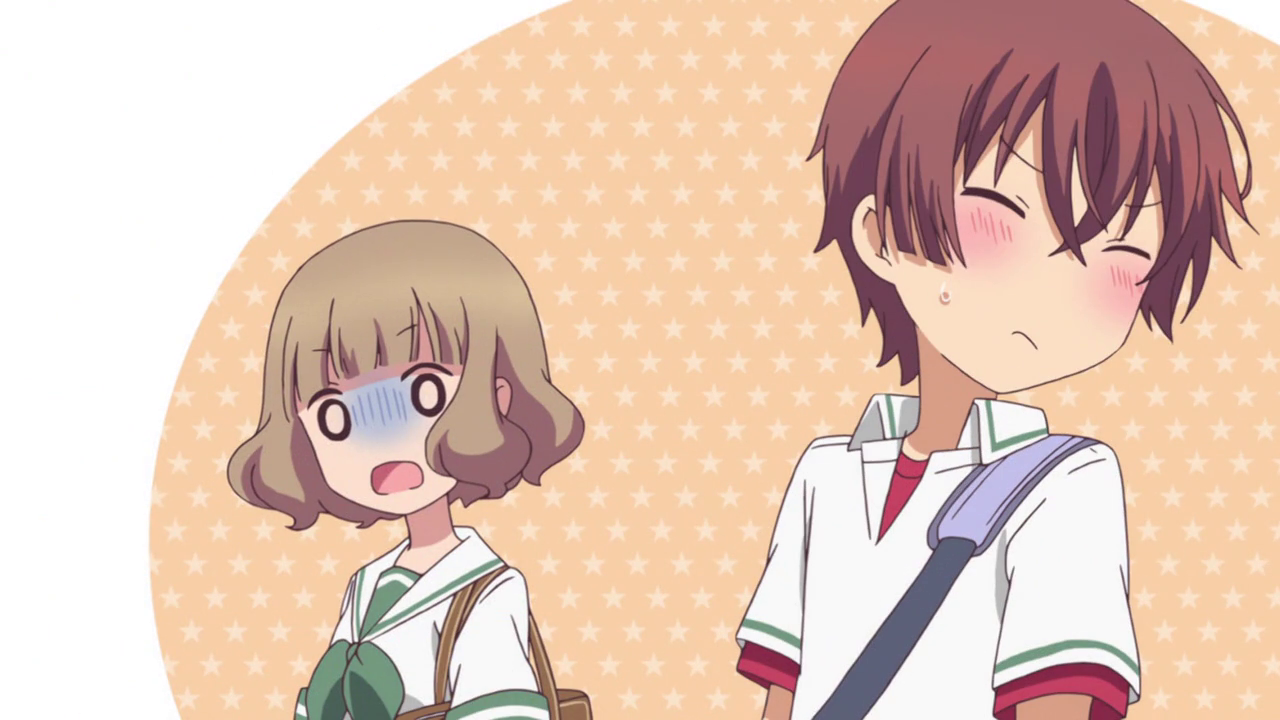 On paper, this is an anime that may seem rather generic. The romantic comedy sub-genre has been pretty much been done to death, nearly to the point where I'm sure even the likes of Tom Hanks & Meg Ryan would tire of its tropes. However, momokuri instead takes a similar approach to 2014's Monthly Girls' Nozaki-kun, where the rom-com elements are turned on their head and subjected to both strange quirkiness and heavy cynicism. Instead of cheering on the new couple, the people Yuki and Momo surround themselves with become irritated with their cutesy mannerisms.

Leading the charge of this cynical disdain for the newfound couple is the show-stealing Norika. Unlike most best friends, she shuns Yuki's strange and stalker-ish behaviors, to the point where she sometimes takes matters into her own hands. It's a weird thing to say, but Norika is cold-hearted in a rather good way. For that reason, there's a sort of charm to the series that can be compared favorably to the FXX series You're the Worst. No, the friends don't reach the same douchebaggery levels as Edgar and Lindsay, but emotionally they share a sort of disgusted-by-love attitude that could kill a newborn unicorn. 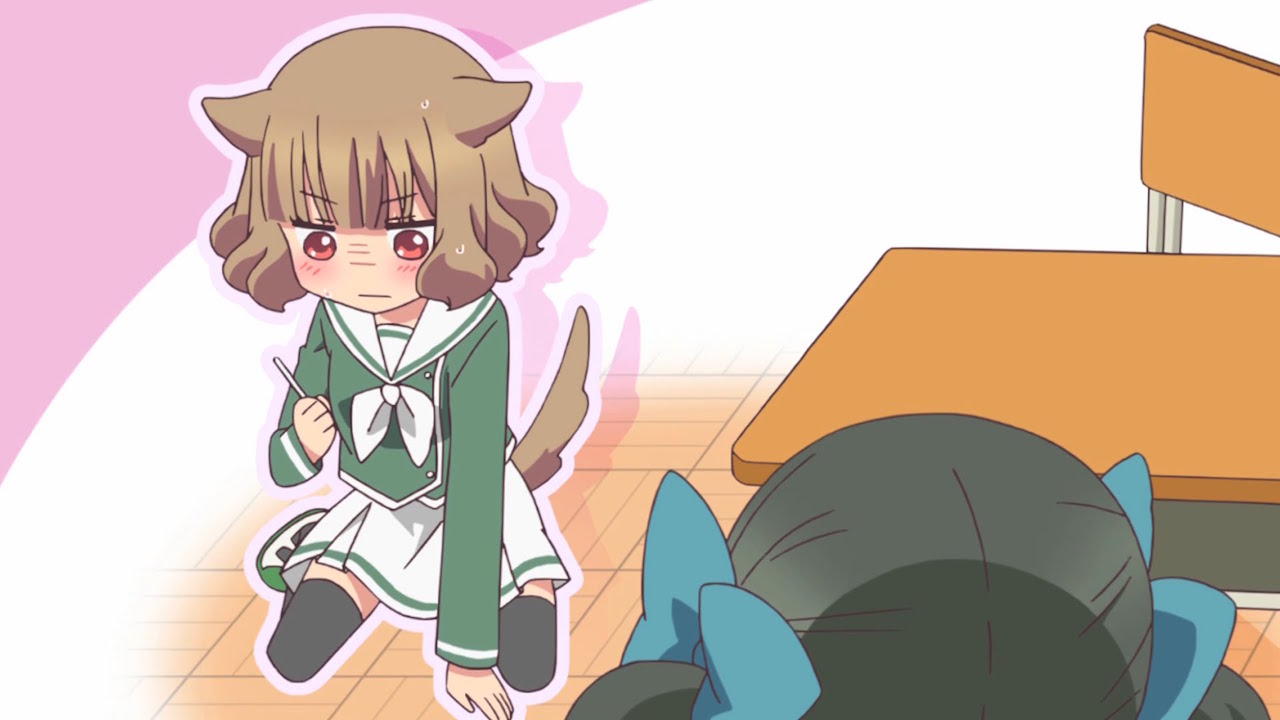 As momokuri is mainly focused on the couple, it's rather a good thing that we get to see two different sides of the characters when they're together and apart. When not on a date, Momo acts overtly confident, attempting to overcome his cuteness with any sort of machismo he can muster up. Meanwhile, Yuki is often watching from the shadows, secretly taking photos and fighting the urge to hug the living bejesus out of Momo. It's when the two go out together when you see their real selves emerge, and the watery mess that washes out of them is at the level of diabetic coma-inducing sweetness.

Animated by Satelight (Fairy Tail, The Disappearance of Nagato Yuki-chan), the series can look a bit generic, falling for the same visual tropes that most romantic comedies do. Perhaps what makes it more noticeable is its usage of bright colors in the characters and scenery. It's not the most original looking anime by any means, but it does contain that same level of brightness that a newfound love may entail. The character reactions are also drawn adorable, with their goofy mannerisms being amplified with the aid of the sound of squeaky dog toys. 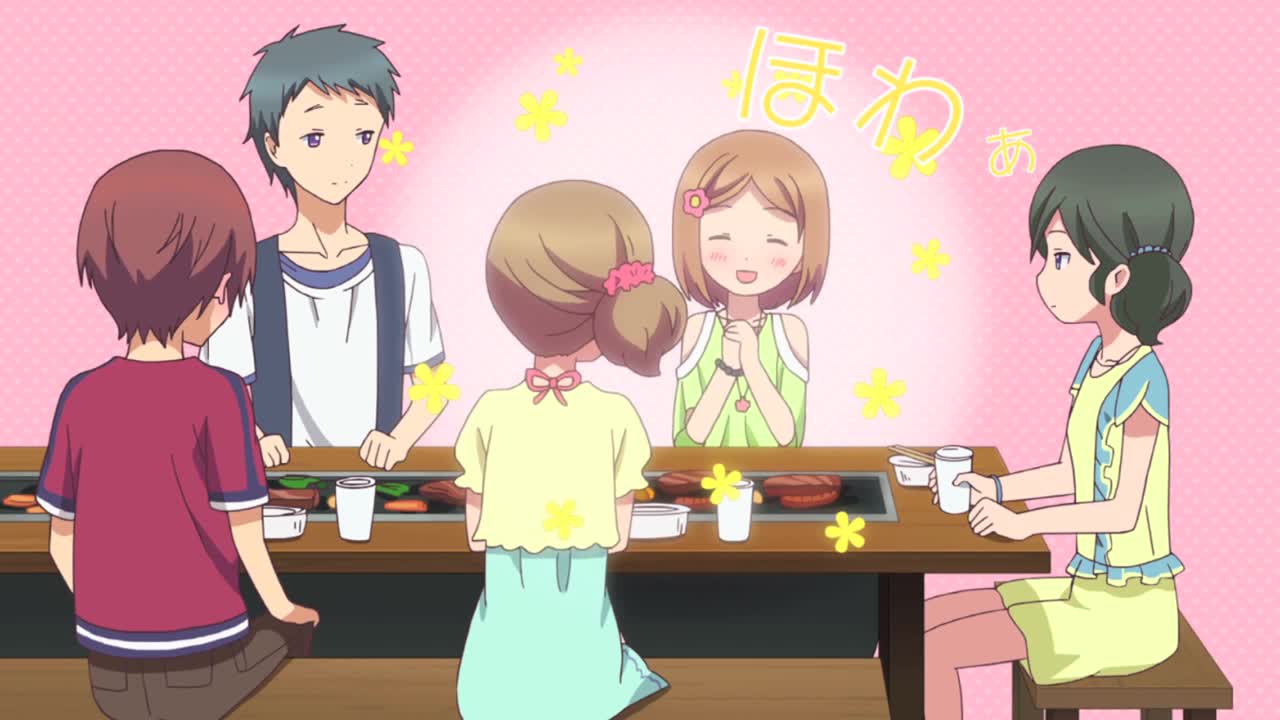 As the couple in the spotlight, both Kakuma and Okamoto bring a pitch-perfect level of cuteness as Yuki and Momo. The two also expand their roles with their confident attitudes that magically vanish when the couple reunite. Ōzora delivers a high level of cynicism and brutal honesty in her role as Norika, acting as the breath of fresh air that the rom-com genre has desperately needed. Acting as a more sympathetic character, Rena Maeda's Rio Sakaki balances the task of being a good friend to both Yuki and Momo whilst having hidden feelings for the latter (mostly because of how adorable he is).

To-Mas Soundsight Fluorescent Forest (comprised of Masumi Itō, Mito, and Yohei Matsui) compose a lively soundtrack that paints the series' cuteness with a doofus-styled intelligence. Their means of delivering the right sounds for both the heartwarming and the dumbed-down is done in a way that helps to stitch together the situations on hand. Opening theme "Daisuki dayo Daisuki dayo Umarete Kite Arigatou" by Kakuma and Okamoto captures the feelings of Momo and Yuki, to the point of vein-poppingly adorableness. Closer "Eternal Explorer" by vocal group Mia REGINA is an upbeat pop song that's filled with both catchy beats and heartfelt melodies.

momokuri is an anti-rom-com for those needing a minor break from the current fluff. Yes, it's still a cute show, but the snarky attitude it brings to the screen is a welcoming change to the usual format we've come to witness in the tired-out genre. Whether you wanna root for Momo and Yuki or just simply wish to join their jeering friends on the sidelines, momokuri is one anime comedy that will have viewers smiling and laughing for very different reasons.

momokuri can be viewed on Crunchyroll, Tubi TV, and The Anime Network. It has been licensed by Sentai Filmworks. Episodes 1-9 were observed for this review.