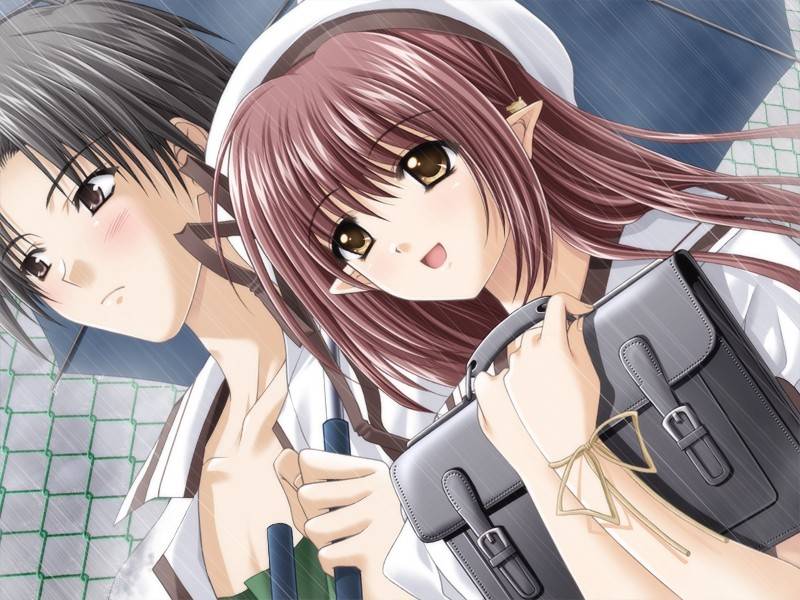 While Shuffle! is available as an animation for viewing on places like Hulu, some viewers might wish to play the visual novel that it's based on. While it's been on MangaGamer for sometime, this review was done as a sendoff for the game, as it's leaving the site due to issues with the developer. To those who act quickly, there's a decent romance eroge lying within.

The basic plot of Shuffle! is that a young man named Rin lives in a world where the gateways to the worlds of Gods and Devils have opened up, fundamentally changing the Earth. Gods and Devils now live among humans, and the study of magic and alchemy has opened up once again. One day at school, he learns that there are two new transfer students, whom he also learns are princesses to the Kings of both the Gods and Devils. More to the point, the daughters desire his hand in marriage, so a courtship period begins. 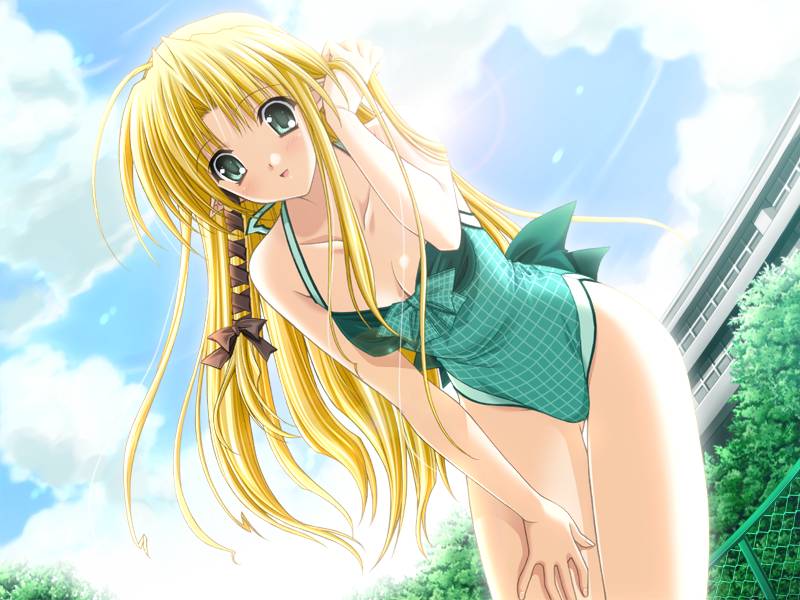 The game keeps track of the days, with each day acting like a skit. These events roll out the story, and much like any visual novel, the choices made will determine which route you will land on. There are a total of five routes to go after, and each girls fulfills the obvious roles. There's the sad but kind girl, the energetic one, the lively one, the almost emotionless loli who finds their heart, and the childhood friend.

Shuffle!'s GUI is easy to use, but the text window is designed in such a way that text sizes are a bit small at times, and they can get smaller depending on how much needs to get crammed in at once. It also might have been made more ideal if the thickness of the font weren't so thin. On the plus side, previously read text (or text in auto mode) are color-coded to let players know when they can skip or what mode the game is running in. This helps readers cut through the fat for replays for getting the other routes. 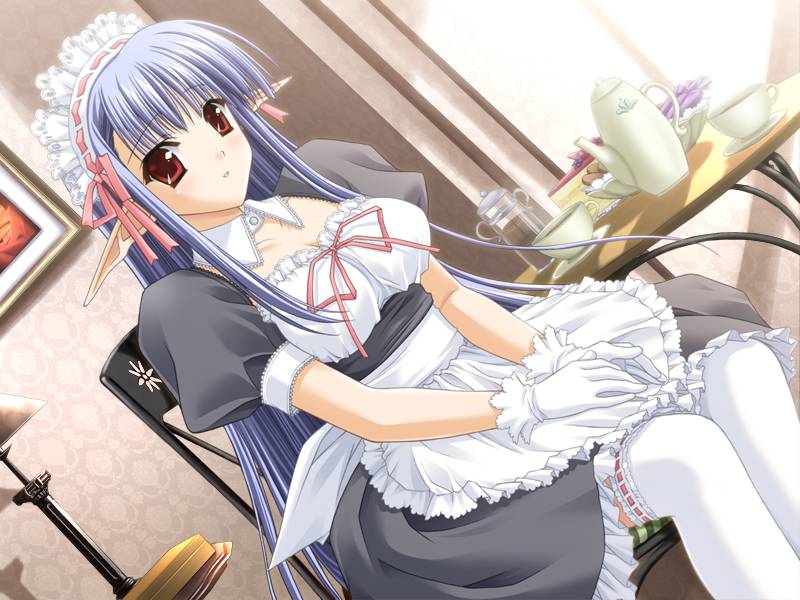 The Good – It's a Short and Sweet romance eroge.
The Bad – Its story is also very simple.
The Ugly – Untranslated credits.

SUMMARY: Shuffle! is a cute eroge that's light on the sex parts, but it's pretty tasteful, aside from occasional fan service.

Note: by the time you read this, Shuffle! -- along with Soul Link -- will likely have been discontinued from sale at MangaGamer, hopefully finding a home elsewhere quickly.