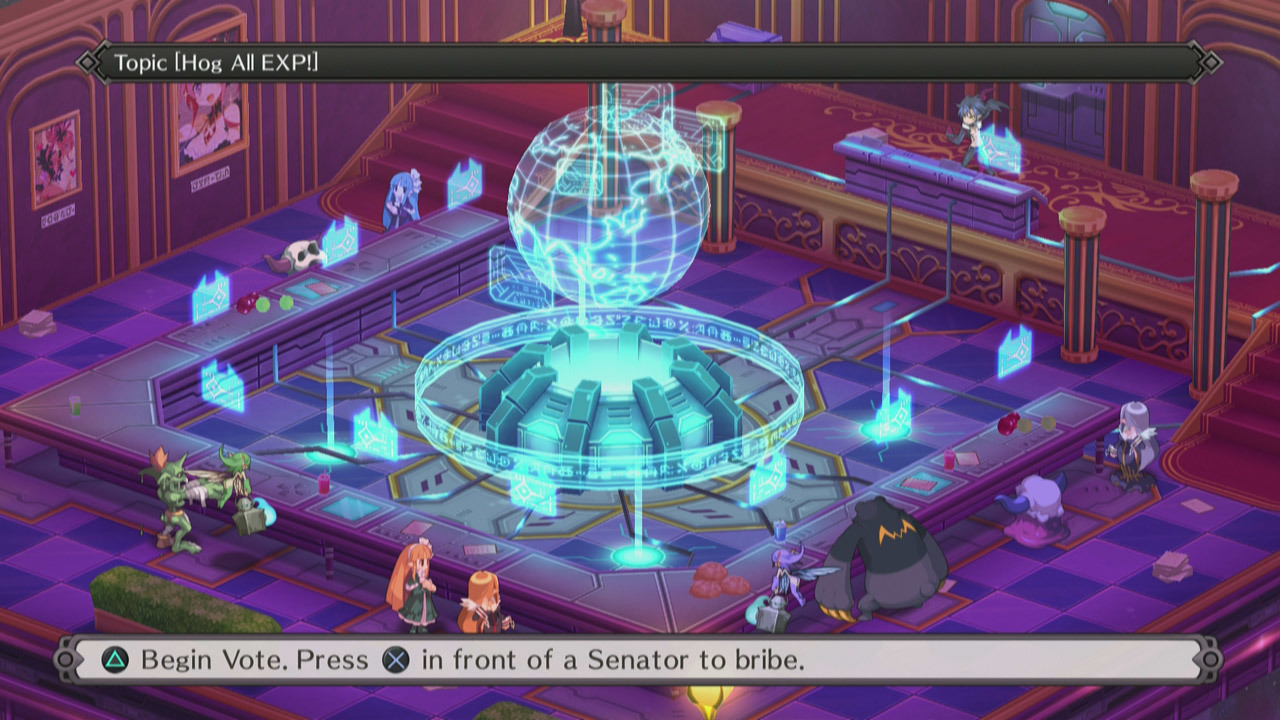 It's been awhile since Disgaea 4 and Disgaea D2 came out for the PS3, with a port of the fourth game only hitting the Vita last year. NIS decided that it was time to move on from the PS3 and Vita to the PS4. This allowed them to craft the fifth Disgaea game that was larger in scope. The shift was worth it, as Alliance of Vengeance is a much better game because of the move. There were some things that were changed for better or worse, but it's still an absolute blast to play.

Disgaea 5: Alliance of Vengeance is about a demon named Killia, who is fighting the forces of a powerful Overlord named Void Dark, a villain poised to conquer every netherworld. However he is doing it all alone out of Revenge. He is convinced to join other overlords in making an alliance to take down Void Dark. While you go through the story, you lean more about Killia and the dark past he holds. While the story is much simpler this time around, the story itself is darker than previous entries. There is still a fair bit of comedy, and the characters are more interesting than they were is Disgaea 4. Not to mention the stronger cast in this game makes up for the less interesting plot of the previous game. 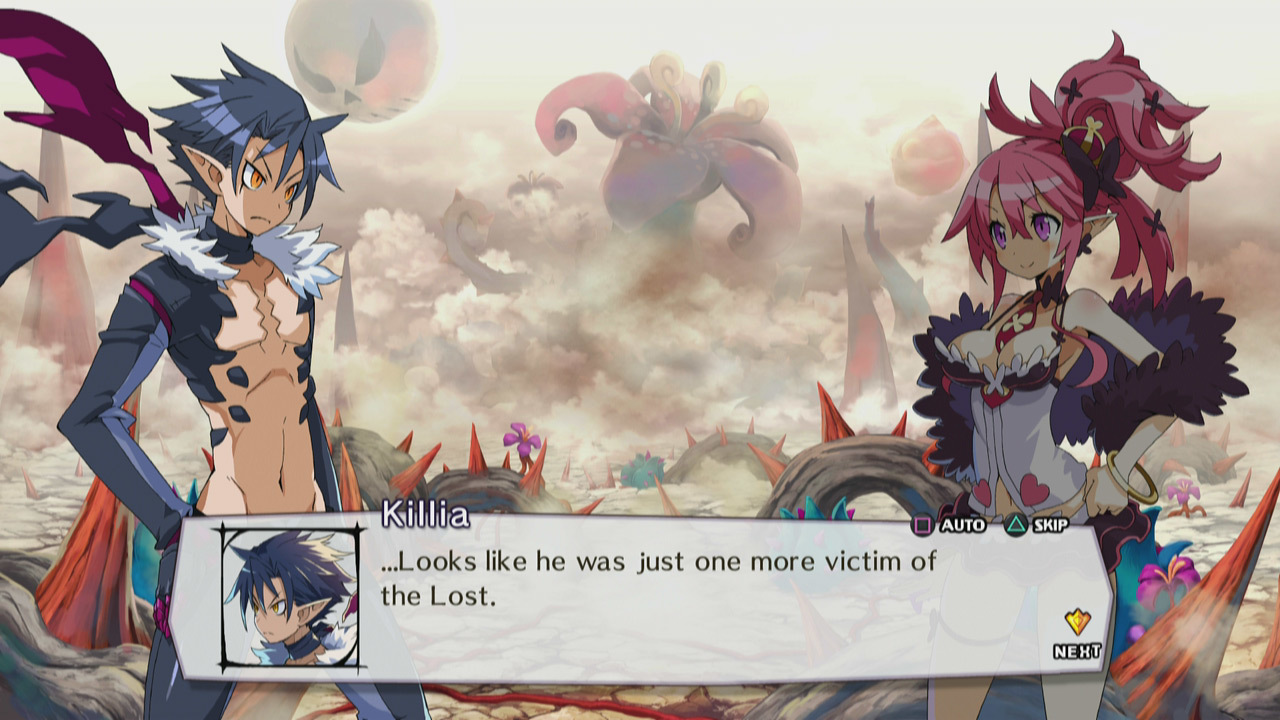 As for Disgaea 5's gameplay it's been changed up in subtle but welcome ways. The game now has weapon affinities in addition to the elemental affinities. You are also alerted when you get a new skill from leveling up to the right weapon skill. In addition there a ton of new ways to get experience outside of killing enemies, which makes it even easier to level up certain classes. Speaking of classes, unlocking them has never been easier. Before it was purely guesswork in how to unlock them, short of looking at an FAQ. Now all you have to do is complete a quest from the all-new Quest board. Most quests are pretty lame at first, but these one-time quests to unlock classes do a good job of letting you know exactly what you need to do to unlock them.

While it might be a pain to unlock them, you don't necessarily have to use those classes. There is a sub-class system that lets players level up class ranks needed to unlock other classes. This is a nice alternative for those who don't wish to create a new character. Although if you do decide to make a new character, they don't have to start at Level 1. As long as the player is willing to spend some money, you can bring a character to within three levels of Killia's current one. Another cool feature is the Revenge system, where a meter for each character will build over time, where once filled, supercharges them for three turns. Overlords in particular can use overload skills in this state, which can be very powerful. 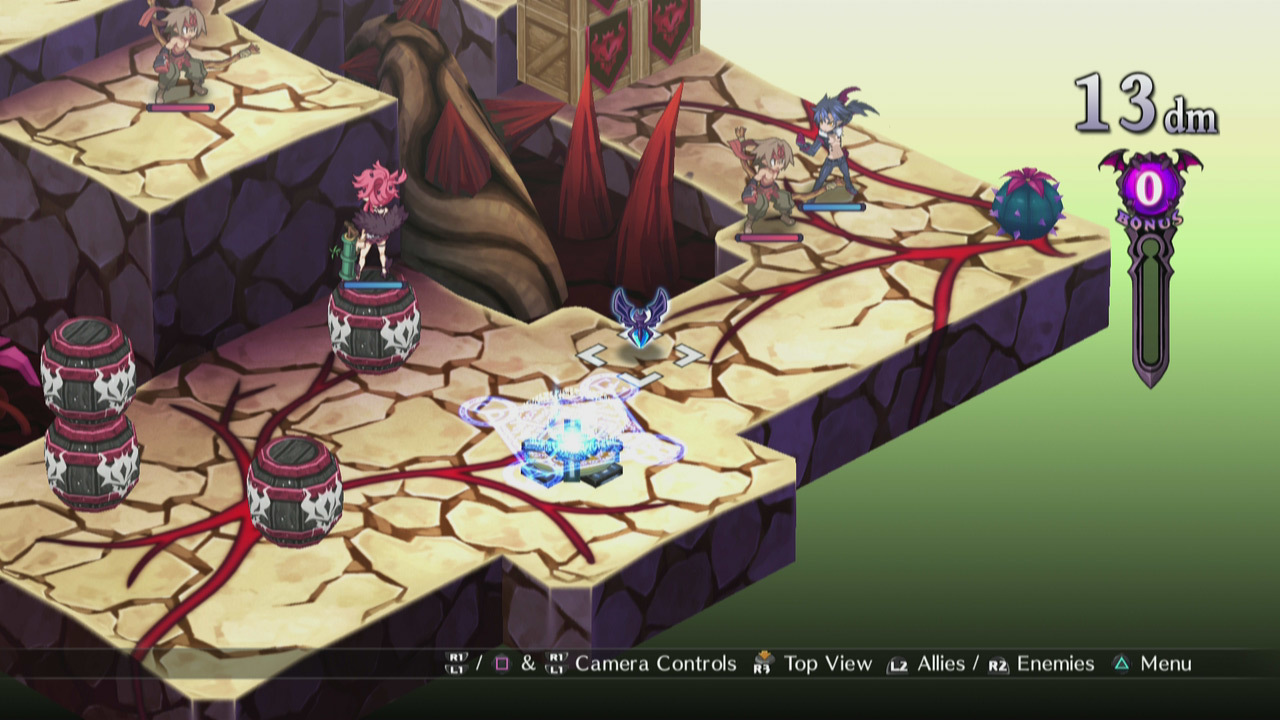 Combat is much more satisfying this time will all the new ways to play. Disgaea 5's new classes are interesting, like the wrestler who can throw characters a great distance and infinitely as long as they haven't moved that turn. There are some new ways to give characters other characters' skills through the Chara World, which is now a mini-board game, which may or not be be fun for some. While many of these changes are welcome, some were left behind from D2. The game doesn't retain neat events like the pirate ship fights in the Item World, and the Geo Block puzzle-heavy levels are less emphasized. Instead the game opts for having geographic effects in each world based on that world's theme.

One world's effect is that Mushrooms will grow every turn, which can be thrown in an area, and the spores can effects units like putting them to sleep or making them a giant, which boosts their stats at the expense of replacing their skills with an exclusive Giant Press. At least the Geo Blocks are still in the game, and there are some new and interesting Geo Effects to make the battles more strategic. All in all, despite leaving some things out and having a simpler story, the additions and strength of the cast more than make up for whatever Alliance of Vengeance could be lacking. The Disgaea series continues to get better and better. If you are a fan of the series or simply just a strategy RPG fan, this game is highly recommended. 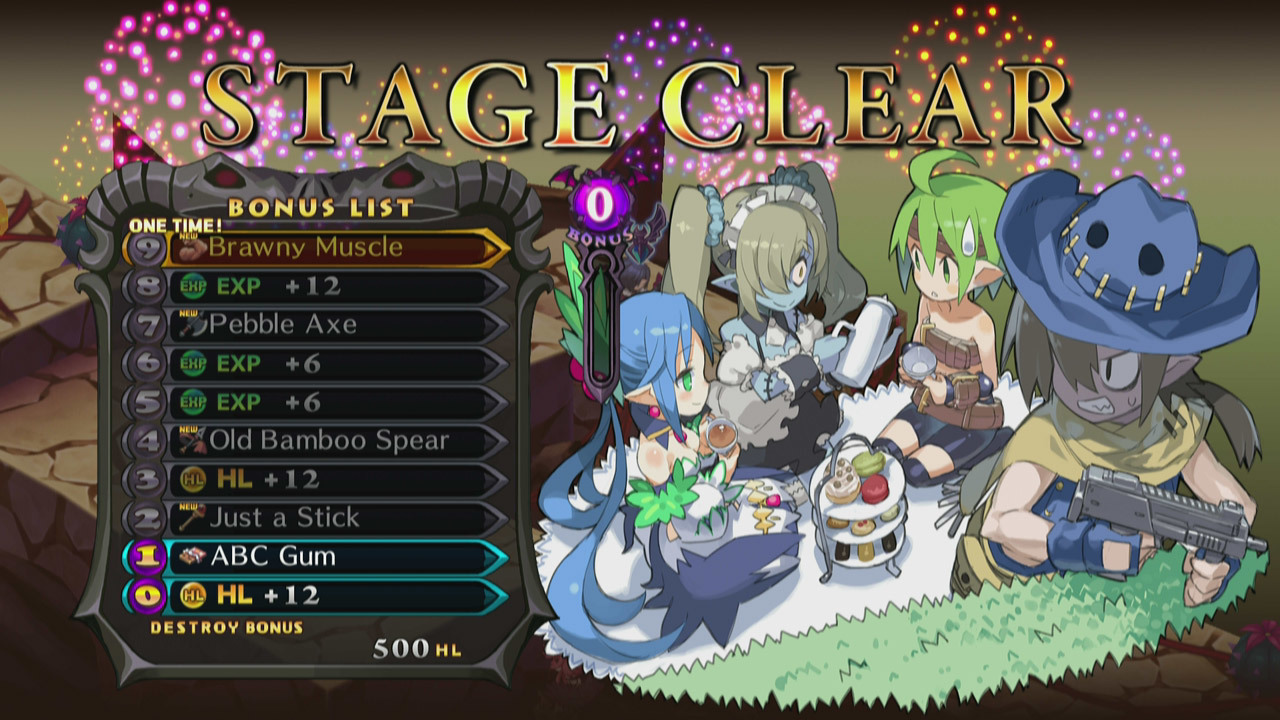 The Good: The variety of options in leveling your characters has further increased since D2.
The Better: Unlocking classes is easier thanks to having them being assigned to quests and sub-classing options to rank them up faster.
The Meh: Some features from D2 haven't been retained, which is a bit odd.

SUMMARY: While some features have been left out, there is a wealth of new features in Alliance of Vengeance that certainly make up for it's loss. As a result, the game is the best entry in the Disgaea series to date.