"Schrödinger's Cat" Is More Than Half-Dead

"Schrödinger's Cat" Is More Than Half-Dead 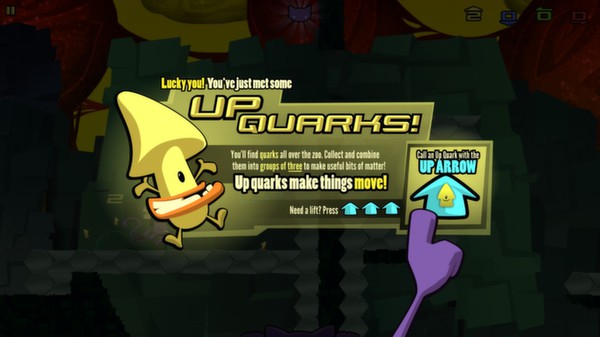 Schrödinger's Cat and the Raiders of the Lost Quark is about how an interstellar zoo housing some the universe's weirdest animals fell victim to sabotage, and now all the creatures have escaped their cages. Since the staff are incapable of containment, they call Schrödinger the Cat. Your goal is to track down and get the zoo's animals through randomly generated 2D levels. The levels themselves have a puzzle-based design which the player will have to pick up creatures called Quarks.

These creatures are color-coded, and have a specific function for each of the shoulder buttons. The Up Quark can lift you to higher places, and the Down Quarks can make a drill to dig through the ground. The Top Quarks put you in a protective bubble to bypass harmful barriers, and the Bottom Quarks build you platforms to help get to other places when the Up Quarks aren't available. To use these abilities, you need three of each, but the real interesting thing is the ability to combine them to make them do even more unique things. You can make missiles, traps, and gliders among other items. There's also the Charm Quarks, which are key items needed to finish the game and get to the Strange Quark. Sadly this is where the game falters big time. 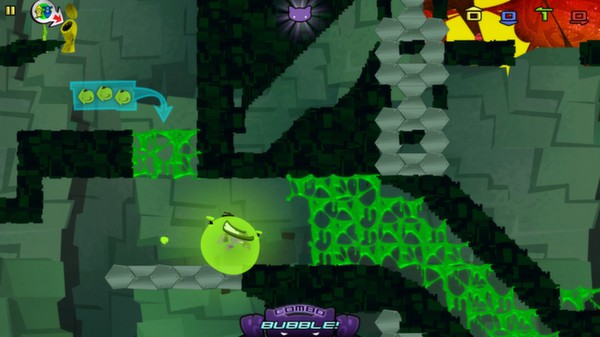 The levels are randomly generated like I mentioned before, so any chance at actual level design has been thrown out. This also introduces a problem with the game where sometimes a quark may not spawn. If this happens, it's very possible to end up in a situation where you are unable to progress since you lack quarks, forcing a checkpoint reload. I get that randomly-generated levels might make the experience fresh each time you play a new game, but why anyone would want to is beyond me.

You will eventually get to a point in the game where you might be tasked with having to backtrack to older levels to get the Charm Quarks you missed. And you really do need them all, which is a pain, as they feel more like optional things until the game says that you need them. This normally might not be a big deal, but the levels aren't accessible via anything like a fast travel menu. There's even the issue of a complete lack of a map, which could have told players if they were missing Quarks in an area. They are well hidden, too, so the players are likely to waste a lot of time searching for them. Oh, and there's also the fact that older levels are infested with cretins that try to disrupt and steal your quarks. 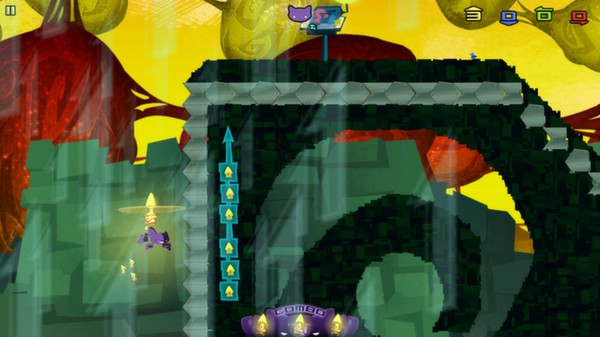 Other problems in Schrödinger's Cat have to do with odd bugs. These can make taking down enemies with melee attacks that sometimes fail to connect. In other instances you'll get stuck in places they can't be dealt with while still being a nuisance. There's no way to control the height of your jumps either, making some areas more difficult than necessary. Attempts at humor during the story parts are often loaded with terribly unfunny jokes, which is a shame considering the quality of the voice work. Add all of this to the visual aspect of the levels, which are generally drab in presentation and mostly bereft of exciting moments, and you have a game that feels more than half dead rather than pondering if the cat is dead or alive. The concept was interesting and it could have been great, but Raiders of the Lost Quark is a cat best kept in the box it came in.

The Good – Interesting use of Quarks to solve puzzles.
The Bad – Level design forces players to waste time backtracking.
The Ugly – Some Quarks fail to spawn or re-spawn, forcing you to start from the last checkpoint.

Summary: Schrödinger's Cat could have been great, but the baffling design decisions, bugs, and lack of excitement make this a game not worth your time.