HomeAnime"Death Parade" A Cause For Anime Celebration

"Death Parade" A Cause For Anime Celebration 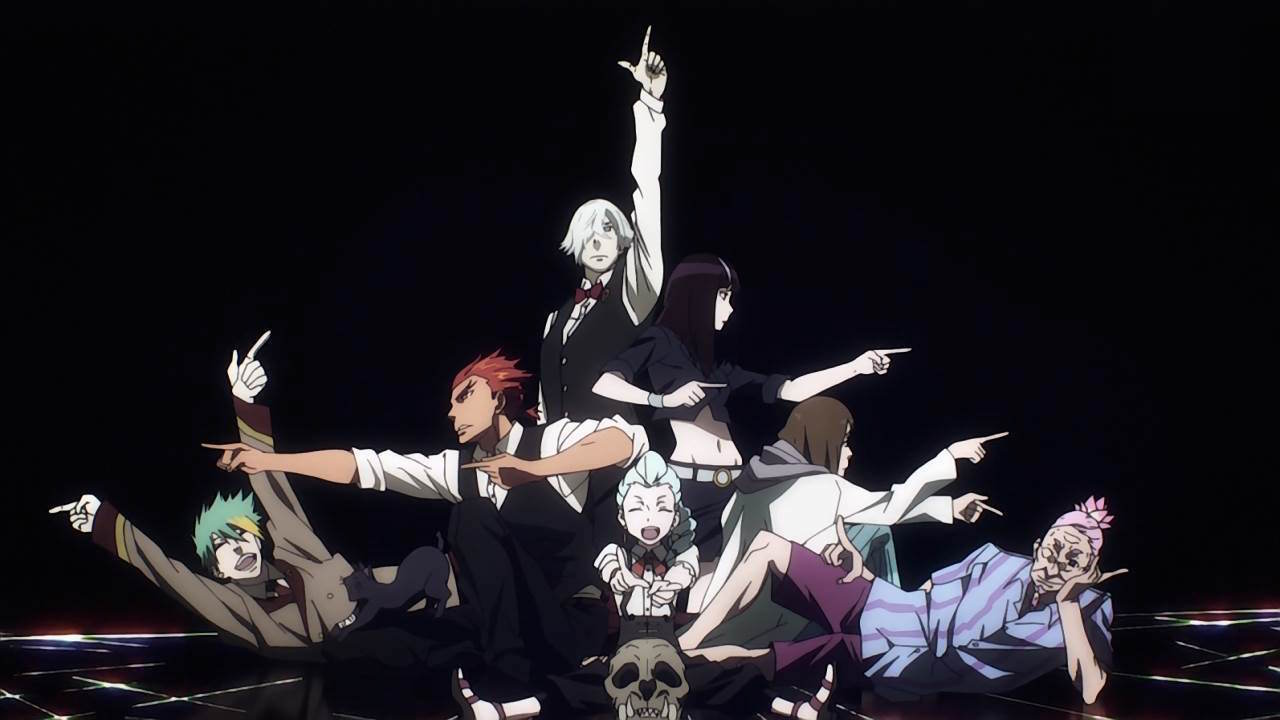 "Death Parade" A Cause For Anime Celebration

Picture yourself getting off an elevator and walking into a bar, without any knowledge of how you got there. You, along with one other person, are told by the bartender that you must play a game, with your lives on the line. There's no way to leave the area; only playing along will lead towards an exit. One other thing you don't know: you're already dead, and are in the process of being judged.

This, in a nutshell, is the premise of Death Parade, one of this season's most pleasantly dark surprises.

An original series from Madhouse, Death Parade focuses on Decim (Tomoaki Maeno), a bartender who oversees and judges those who participate in the Death Games. Depending on how the two participants do -- along with how they were in the past -- they are either sent to be reincarnated or into the void of lost soul. He is assisted by a nameless woman (Asami Seto), who has forgotten everything except that she had died. As the series progresses the woman is able to teach Decim how to be a better judge of character, even going so far as to help him start to feel. As Decim was never a human -- and is just a mere dummy created for judgements -- these sort of emotions are not supposed to exist. 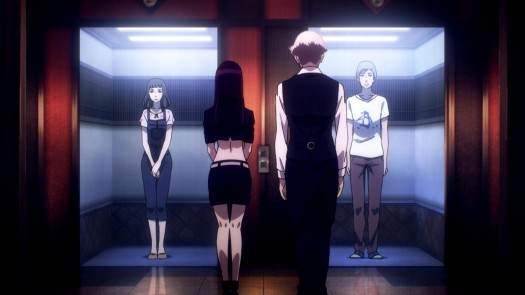 In some areas this is an anime about reflection, as the characters who take part in the Death Games soon look back and discover what kind of person they were. Did they live a noble life, or had the darkness that resides in every person overtake them? Watching these people playing along with the assumption that their lives were on the line was like a sort of metamorphosis of character developments. At first you have no idea who is good or bad, as the concept of judging a book by its cover is very nonexistent in this series. It's when the games go deeper when the wool is uncovered from the eyes, revealing the true nature of the players.

Death Parade is my kind of show. Never once did I second-guess any person who found a seat at the bar known as Quindecim. Just when I thought a character was on one path, it quickly deterred someplace either lighter or darker. For the most part each episode ends with one character being reincarnated and the other tossed in the void, but it was refreshing to see sometimes two likable players being rewarded for their kind nature. Sometimes the end result doesn't justify the means, which is when Decim's judgement is put into question by the amnesiac woman, but it's here when you realize the difficulty of having one's sentence being decided by just one being. 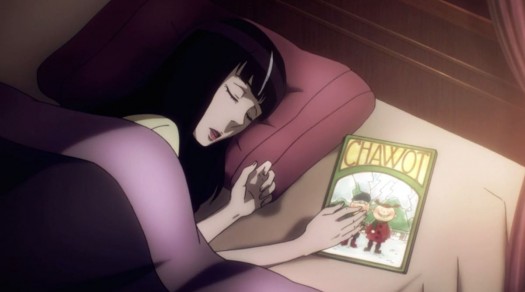 The other half of the show focuses on the woman, as she tries to find her true self. Throughout the show minor hints are dropped about her past, from a children's book that plays a minor role in the show's theme to subtle personality traits that start to pop out of her. Only towards the end of the series do you get to know the person she once was, leading up to a nice realization for not just her, but also Decim. How it all ties up in the end is both heartfelt and genuine.

Studio Madhouse gave it their all for Death Parade, and the beauty of the characters and worlds are cinematic quality. The animation during the games is quite spectacular, with a great attention to detail in how a dart is thrown and the rolling of a bowling ball down a lengthy lane. It's a scene where the assistant performs a certain act from the past when you see how beautiful the show truly is, a moment where viewers can see how much work and dedication can be put into an animated television series. 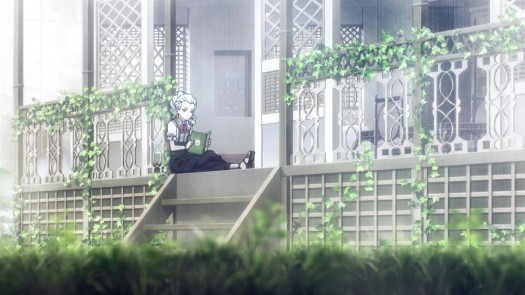 Seto's performance as the nameless assistant brings forth a sort of everywoman character, one that any person can relate to if they were put into a similar situation. Maeno begins his portrayal of Decim as one with little-to-no feelings, which evolves into something more human towards the end. It's like watching a robot learn how to emote, maybe not in same way as Astro Boy or Chappie, but in a fashion where every decision made by Decim brings him closer towards humanism. Other characters such as Nona (Rumi Ōkubo) and Oculus (Tesshō Genda) appear sporadically, and while their performances are very good their little screen time isn't enough to get a proper feeling of who they are and what they truly represent (perhaps the show's only real weak point).

Yuuki Hayashi's score embraces the realm of Death Parade, with some of the most beautiful piano compositions to come out of an anime series in awhile. It wraps around the characters and scenarios that occur, fitting nicely with the themes and ideas that the show wants to get across nicely. Opening theme "Flyers" by BRADIO is one of this year's most memorable songs (and easily a contender for one of the all-time greatest anime themes), with the crazy and surprisingly upbeat action that occurs during the segment bringing about the message of embracing the life that surrounds you. By contrast NoisyCell's "Last Theater" ending plays with the dark unknown that encompasses death, a notion that hits deep towards the conclusion of each episode.

While the series ended with a couple questions left unanswered Death Parade did not disappoint at all with both its presentation and its storytelling. It's the type of series that keeps you guessing on what might happen next, and the kind of show that makes it hard to talk about without spoiling any key points. Death Parade is a show you recommend to friends, and if they ask why you simply reply: "Just trust me on this one." Take a seat at the bar, and prepare to have your emotions played with.

Death Parade can be viewed on FUNimation.com and Hulu.